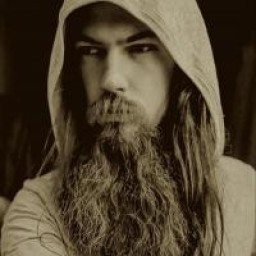 “The greatest things happen only once.”

“The darkness of the present will be the light of the future. But only the courageous dare gaze upon either.”

A STORY FROM THE OLDEN DAYS

“Well, let me tell you this. If you believe the old stories, any strange sightings on SP must be from the fabled “undercover island.” Some old timers refer to it as “Spider Island.” Legend has it that strange aircraft fly from there and that a Ghost Ship has also been spotted near that island. If the stories are true, Spider Island is quite remote and only visible at times. If I were you, I’d stay far away from Spider Island and stop asking questions about it. Nothing good ever happens in that awful place. Some swear that an insane Old Colonel who writes poetry lives there and has declared himself Emperor of All.
Well heck! I myself knew one poor soul who spent over 80 consecutive hours searching for this island and the Ghost Ship. Apparently, he saw what appeared to be legitimate videos of the unidentifiable island and the ship back in the days of Everyplay. He sadly became so obsessed with solving the mystery that it seemed to drive him slowly but surely to insanity. He started to get angry all the time and having a bunch of crazy talk like saying there were dozens of imaginary people who were out to get him. He also started telling everyone that his angry behavior was a normal symptom of being a “high-functioning genius.” Shortly after that, most of his planes abruptly disappeared and then his account went inactive. I have no doubt his obsession with Spider Island drove him to absolute and irretrievable madness. I get chills up my spine just thinking about it. They say that, on a night when the moon is full, you can hear him in the distance still moaning about that 80 hours he spent looking for the Ghost Ship. Others say he’s doomed to walks the decks of that ethereal ship for all eternity. I don’t know if that’s true. But I know this. Don’t ever search for Spider Island or the Ghost Ship. It’s just not worth it!
🕷”