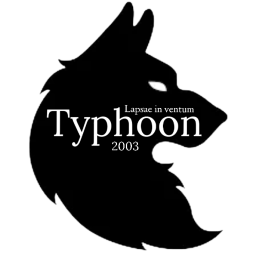 Hello, I'm just another useless lump of meat wandering aimlessly through life until something happens to end it.

Never eat your socks, they make you delusional - Typhoon

The Saltwater Carrier Nation was founded in the year 2003 by the billionaire and entrepreneur John Wilcox. Originally intended as a large cruise line, he purchased a pair of surplus aircraft carriers to be converted to luxury mobile airports/hotels for his richer visitors. However, the large influx of permanent residents resulted in a sizable movement for independence. After a vote among the ten largest investors, Saltwater Cruise Lines became the Saltwater Carrier Nation in August 2007.

At the time the new country was not recognised by any other sovereign state, but in 2012 Wilcox purchased a small rocky outcrop from the Conegsreich Republic, allowing the SCN to meet the requirements for a sovereign nation. For the next eight years the Saltwater Carrier Nation sailed freely around the world, relying on close ties with the Conegsreich government to secure ports and dry docks when needed. The nation had a population of 11,000 at its peak, spread across a carrier fleet of almost thirty ships, including two AACs gifted to the nation by United Asia.

Then, on a short visit to the Diamond Archipelago, where the Conegsreich Republic was located, the SCN came under cruise missile fire from a terrorist group known as the "Algorithm". For the next year the SCN fought alongside the Conegsreich and various other allies in order to bring peace to the archipelago. Unfortunately, shortly after the fleet regrouped from operations, a dozen anti-ship ballistic missiles were launched torwards them. Nine of the missiles were nuclear-tipped, and all but four of the Saltwater vessels were sunk by the subsequent detonations. The survivors were given the virtually uninhabited island of NovrdLisch by the Conegsreich government, and collaborated together to form a defence company known as SMC Industries.

For the next five years SMC Industries expanded to dominate the archipelago defence industry, and eventually formed its own paramilitary wing, which was contracted to fight alongside the Warburg Army during the Warburg War of Independence. Soon after this war, it took part in a joint operation with the Warburg Navy, which saw the last remaining Algorithm submarine sunk. Soon after this event, the Saltwater government reformed on the island of NovrdLisch.

The Saltwater Carrier Nation, in this second iteration, was much like the first in its interventionist foreign policies, elected monarchy and militaristic culture, but this time the country remained much more static, with NovrdLisch as its permanent home. During this time the Algorithm was soundly defeated by the combined fleets of the SCN, Conegsreich Republic and United States of Warburg. However, faced with a rebellious civilian population, the close ally Warburg collapsed into chaos soon afterwards. Despite this, the economy continued to expand and interconnectivity between archipelago nations increased significantly.

A period of several years passed without incident, but then a new terror group, the BoC, began launching raids on the allies in revenge for the fall of the Algorithm. Worryingly, they appeared to be developing nuclear weapons.

An expeditionary force from the Deutschland, a large starship which had passed through the Rift from the universe now known as Dimension D001, stumbled across the small island state of Hamalia. This country was supplying the BoC with uranium for their bombs. The allies launched a relatively bloodless invasion, but this caused a fresh wave of terrorist assaults. What followed was a fierce and bloody decade of conflict as the allies, with new ally Parsha alongside, fought in a vicious struggle against multiple rouge states, terrorist groups formed by former Algorithm operatives and civil wars. Twice NovrdLisch was almost overrun by foreign invaders. In the end, however, the allied forces prevailed.

By this time, however, the Saltwater economy was in ruins due to cuts in foreign investment by Parsha and high amounts of military spending. After years of serving as peacekeepers and protectors in the Diamond Archipelago, the future of Saltwater as a nation was uncertain. The Saltwater Parliamentary Committee, angered by the monarch's apparent refusal to do anything about the crisis, tore up the Saltwater Constitution and began to enforce an increasing number of restrictions on the population. This caused huge numbers of people to emigrate to other nations, with the population falling for the first time in its history, the King ordered the parliament to dissolve.

At this point a referendum was held to determine the future of the SCN. In a close vote 52.3% of the public voted to dissolve the nation and rejoin the Conegsreich Republic.

A small group of loyalists were permitted to form a paramilitary guard for the United Nations complex in SimpleLandia, and for a few months operated under the moniker of "Saltwater United Guard Corps". However, the archipelago faced a new threat as the news came in that an earthquake in the Antarctic region had caused an entire glacial valley to collapse into the sea. A colossal tsunami swept across the Pacific and the low-lying archipelago caught the full force of the surge. Over 90% of the islands were flooded, and virtually all the inhabitants, some 87 million people, were killed or became refugees. The rising sea levels resulted in the complete collapse of human civilisation in the archipelago.

A large number of ex-Saltwater citizens, some 35,000, found their way to Italy. Here a political party was founded by loyalist Christopher Langford, based around Saltwater values and policies. Eighteen months after its founding the party was elected into office, and Langford was crowned as elected monarch after enstating the elected monarchy system.

Under his rule, the United Kingdom of Saltwater expanded from Italy through central Europe to Poland, into Africa and the Caribbean and with territory in the Pacific and Alaska. Military spending increased threefold, and the country became a regional superpower. The UKS aligned itself with the Athens Pact, an organisation dedicated to protecting the interests of its members, and fought several wars in support of the Pact. The Saltwater Navy served with great distinction during a conflict with the Republic of Japan, sinking the guided missile battleship Yamato.

The "Third Iteration" was not without its problems, however. The pressure on the military grew after the annexation of Ukraine when the Deutsche Demokratische Republik cut economic ties and banned the licenced production of the San Marino-class attack submarines which formed the backbone of the fleet. The military resorted to reverse-engineered spares for the submarines, and they became increasingly unserviceable. Despite this, the United Kingdom of Saltwater managed to keep its place on the world stage for the remainder of its tenure.

After thirty years Langford died of heart disease and elections were held for a new government. Three main parties arose - the Loyalists, who respected the traditional form of government; the Saltwater Liberals, who wanted a more democratic and peaceful country whilst upholding most Saltwater values, and the Independence Party, which wanted to do away with the Saltwater government and pass independence to annexed territories. The Independence Party won a majority vote, and the United Kingdom of Saltwater broke up two months later.

Meanwhile, the Loyalists and the Liberals merged to form the New Saltwater Party, and set up their renewed political career in the United Kingdom. Elected in the next general election by a narrow vote, the party united the UK and Ireland under the moniker of "New Saltwater Republic". The Republic, although possessing a strong military force, was considerably less militaristic than its predecessors in its first years of existence, with only one other territory added in five years - Denmark.

This peaceful existence was interrupted when the Saltwater Armed Forces were sent to assist those of the Republic of YK in the Invasions of Spain and Portugal, in an effort to secure a European base of operations for the YK. With control of the Straits of Gibraltar secured, Morocco elected to join the Republic as its fourth territory. Four years later Saltwater forces launched a blitzkrieg offensive through the Sahara Desert, seizing control of North Africa and the Red Sea. Significant territory was also acquired in Alaska from a four-way invasion of the territory.

After a short period of peace, the Republic became embroiled in warfare once more when the Deutsche Demokratische Republik declared war on the close ally Turkey, after that country annexed Austria. After conducting multiple missile strikes, the Saltwater Navy launched an offensive through the Alps from Monaco, in cooperation with the Turkish Army. After a risky landing the Army grinded through German territory and linked up with the Turks in Austria. Shortly after the positions were secured, the Saltwater government withdrew from the conflict after pressure from the civilian population.

Several years of relative peace followed, with the Saltwater economy booming. However, this changed after the Viceorian Federation launched an invasion of Australia. Tensions between Saltwater and Viceorian increased dramatically when a Viceorian missile battery launched surface-to-air missiles at a Saltwater reconnaissance aircraft, which was flying off the Australian coast monitoring for any human rights abuses. The missiles were aborted, but later on the Viceorian forces began to order the neutral Saltwater forces from the vicinity, including those on duty rescuing refugees. The Saltwater government ordered a retaliatory strike by a cruise missile flotilla sailing off Madagascar. Ten missiles were fired against Viceorian positions, achieving one strike. In the following days, the two nations came increasingly close to war, with tensions at their greatest after the Saltwater annexation of Belize. Fortunately, however, a peace deal was eventually reached and relations were restored.

Four years later the Liberationist movement rose up again, and this time they were far more successful. The majority of the Saltwater Armed Forces, which had previously been loyal to the SPF, staged a coup, and deposed the Saltwater government with little resistance. The loyalist forces fled the country, with the SWS Chieftain and four frigates also joining them and heading for the flooded Diamond Archipelago. Once there, it was found that the island of Geropia was habitable, and over the next ten years refugees from the former New Saltwater Republic flocked to the new country. Built upon the foundations of the old republic and the ideals of the original founders, the Loyalist Principality of Saltwater rose to become a centre of economic prosperity, defended by the small, tight-nit Royal Saltwater Defence Force. Just two hundred miles from the sunken NovrdLisch, the Saltwater people have come full circle.