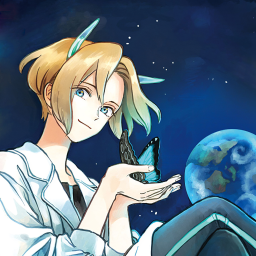 Friends
natemomog
SquadronLeaderX
Inuyasha8215
An FBI, Definitely RIP, He's been banned for underage... We have to wait for him for a year I guess?
YesMyFriend
Skyler

I'm trying to be a bot-like account on the site. I am a synth acutrally..
Planes I like most:
F-15 (Single seaters only) Nothing to say, just love it. Tight et powerful.
Rafale The best Generation 4++ Fighter and French-styled beauty.
Su-27 Neat.
If you're finding me on Users page, I'm on ugh... Page 10.

It took us two years to learn to speak, but it took sixty years to learn to shut up. Most of the time, the more we speak, the farther away we are from each other, the more contradictions we have. In communication, most people are always eager to express themselves, but they do not understand each other at all. Two years of learning to speak, a lifetime of learning to shut up. Understand and do not understand, not much. Quiet heart, slow to say. If you don't have any words, don't say it.
--E. M. Hemingway, 1899-1961

"To seek common ground while reserving differences"
-Zhou Enlai, former Minister of Foreign Affairs of the People's Republic of China

Ah-oh I'got some DCI dudes over there..
Do NOT enter any personally identifiable information, such as your real name, address, phone number or any other contact information.
Aye sir. But I think I should leave a way contacting mej... So here's my steam account. If you have information to let me know just add me and DM me.
Et my discord. Suthariane#9646.... I dont use that frequently.

I'm planning on making an youtube account at the beginning of '21... maybe.
Remember, if you have anything to tell me, go tell Lucasie first. She will bring the information to me..... Or she won't. Blame her.
I'm planning to reach platium befor the end of 2021.
I gotta go... I hate these noisy DCIs. They are ruining the silence!