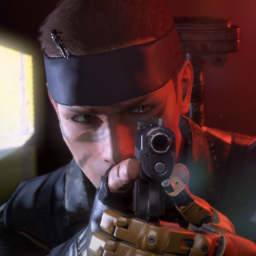 We.. are the Tactical Forces Military
We serve no nation.. no flag.. no state.. nor ideology
We exist for the world
We fight for the people
For the common good
For the universal right to liberty
For the peace among divided lands
For the citizens of the free world

We take up arms for those who cannot
We battle on behalf of the oppressed, the unfairly treated, and the discriminated
We sacrifice for all who live under this one, blue sky

..We are the Tactical Forces Military
To the depths of hell and back, we tread for thee.
HOOAH!!

You get upvotes that you don't even deserve
-Former SP Mod