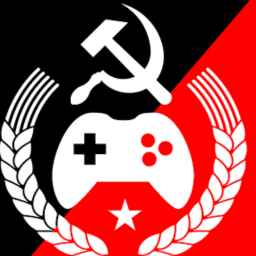 SimplePlanes.com-Active
Discord Server- WIP
Country RP- Inactive (since SJWs were jealous of my roleplay over a work of fiction and because of them I almost ditched my roleplay because of frustration but don't worry, we will come back soon)
SimplePlanes game - Active (also figuring out a design for my fictional new state symbol for my fictional country so I could calm those SJWs down and stop drama)
Roblox- Active
Minecraft- Inactive
YT- Active
Facebook- Active

Minecrafter
Roleplay freak
Avgeek
Anti-oder and slender (in Roblox bruh)
Railfan
Lisa gaming Roblox hater
Politics and social studies geek (where I got an idea of a realistic country RP from)
History geek
Wikipedia lover
Discord server owner
Casual robloxian
Meme lover
Adventurist (that's why I love driving long distances on open world driving games like GTA and truck and bus simulators)
Know that something happened in 6/4/1989 and Taiwan does exist (Winnie the- I mean Supreme leader pls have mercy on me and don't touch my holy 69,420 social credit points)
Proud Filipino of the SP community (BTW, most users here are Filipinos)
Loves cars and driving in simulators (also know that Toyota Hilux is the world's stronk vehicle and fords are known to be found on roads dead)
Knows that Kazakhstan is #1 exporter of potassium and all other countries have inferior potassium
Thinks that 50s-80s Soviet Union was the glorious country that ever existed

Hi I'm SheriffHackdogMCPE! I was born 2007 and i also like this game (I'm also a fan of Minecraft [Pocket Edition] with 5 years of experience and I'm half pro-hacker) im from philipines (manila) and this game became one of my most favorite (this is now my third favourite btw) in this game I love creating planes and other stuff, role-playing (I like war and military role playing as the most) experimenting, and downloading good planes (that are good for my device since my cell phone is a bit old and my mom gave this to me last year). And btw I decided to take a break on minecraft then focus more on this game (bcuz of online class/school) and im also an active android gamer (yeah I'm an android fanatic and I trust android phones) and also an PlayStation gamer (I have the ps4 launch version) but I use it rarely and a pro in nfs rivals and cod: black ops 3. In this website i usually tag people to start a conversation, on moderators i tag them once.
SIMPLEPLANES WEBSITE: SheriffHackdogMCPE
DISCORD: SheriffHakdogGTAMCPE (server: Minecraft, SimplePlanes and GTA Community Hangout)
YOUTUBE: Grove Street Gaming (and my brother's yt channel HowToBeWierdo)
MINECRAFT (Xbox Live gamertag): Sheriff Hackdog
ROBLOX: foxdeevil123
CAR PARKING MULTIPLAYER: hittheVTECyt (ID: ZL367243)

Future phone (ill get it on July next year)

Brand: Redmi (Xiaomi)
Model: Redmi IDK
RAM: 4gb
ROM: 32-64gb
External: SanDisk Ultra 8gb
Update: my samsung galaxy s5 broke bcuz of worn charging port and I can't open or charge my phone anymore, so I'm currently using a Cherry Mobile J2 Max (which is my brother's phone and tbh, the phone's touchscreen sucks making it hard to type and play so and other games except otr) nd im going to buy a new phone (Redmi 9) which is a good gaming phone, and it's price is 456 dirhams or about 5000+ philippine pesos (I'm gonna get it on August, on my mom's birthday)

My country in the game So my dad bought me a lenovo tab when I was 8, But back at school, I saw a cubic sheep figure, I don't know what game it is from, so I asked on of the kids, they say its from the game called Minecraft, so I searched Minecraft on yt and Google play but when i came back to install it, it costs about 300 pesos (or 6 dollars) so I don't have a idea how to install it for free. (Since my mom doesn't like digital purchases) but after school I went into my classmates house (she had xbox with Minecraft on it) she let me play mincraft on xbox so I had the chance to see how real minecraft looks like, so at that point I planned to build a village subway when I buy that game. So with no credit card to do iap so I hooked up with exploration lite as my alternative until it was deleted from the play store. I played different minecraft clones for few years until in 2018 when I got it for free through share it. So from that point on I kept shareit handy on every device I had. I had mcpe 1.10 and and 1.9 beta on shareit, but they are older versions. Until 2019 my black lenovo 2a7 broke down but two months later I got this Samsung galaxy s5 from my mom. But when 2020 strikes and some disasters like covid kicked in. I got my first newer version of minecraft without beta (1.13) and always watched news on channel 2 abs cbn every night but it closed down due to political reasons (I'm not telling the story since it's political) and few weeks later I began looking for ways to install a aircraft building game like ksp or kerbal space program or evertech, but kerbals not on mobile and simpleplanes came into my mind. So I asked my mom to buy it and she bought this game for me(we bought it through Internet provider payment). Since that point I built some beginner planes (made of structure blocks, wings, cockpit, two engines and fuel tank) but I found it hard to build a round plane like ww2 planes before but I went to this website and it gave me ideas.
I built my first ww2 bomber inspired from the b17, and also downloaded cars (since I don't know how to build cars in this game) and when I stumbled in the website's forums, I found this gaming community but I need to have an account to post anything, but it needs a lot of verifications, so I tried many times until I got this account. I have recently graduated from elementary and now I'm in in first year high school. And also I'm now a proud member of this community (my goal on the SimplePlanes community is to be a moderator), and now a 5-year player in minecraft (I'm now at 1.16 nether update) and now had a discord server for mcpe players, (Not only minecraft gamers can join but non-minecraft players and players from other games like simpleplanes) and have a fictional country in this game called Krakabloan-Wright Democratic Republic (Krakabloan Federation) it is a presidential republic country with a Nazism crossover and I no longer use share it bcuz of too much ads and unnecessary videos (we have YouTube and Netflix but why do they put videos even it's just a file sharing app? Even they had sxual and nude video's and that makes the app looks like a mini p-hub and share it also eats data and ram and heats devices) I now usually download apks of different paid apps (except for simpleplanes I just paid for this app on Google play)
Thanks!

Blyat. At least chest upstairs are OK. What are you doi- Blyaaaaaaaaaaaaaat (Russian kid rage in minecraft)

Oh sheet they're in the trees!!!!! (some vietnam war reference)

Proud to be a peenoi (Filipino) get indihomed (and get turtle speed internet xD)