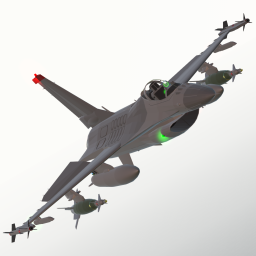 hey i'm Sos and i like planes and i like tanks the END.(END in this sentence means i quit SP XD)
Users that i like : Sauce
Users that i dislike : Sauce
JK
there are a lot of cool users in this community, it's hard to make a list of them
This is what i do usually in SimplePlanes
These are from my MP/MultiPlayer/LowPart series hope you have fun, basically concepts... representations of replicas in my own fashion
MP-1C Mig-29/F-18/...
MP-2 basically a PAK FA
MP-2S basically a PAK FA with TVC
MP-3/4 it started as MP-3 but was heavily modified later so......
MP-5i Just a good old Tornado copy

ATF-X-72F
this is something different, i was basically making a concept plane... i loved it so much i decided to make a low part smaller version of it, the original one is still WIP has more than twice the part amount at the current state and is 1.75-2.25x bigger