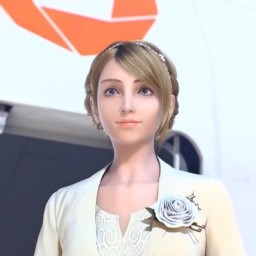 Princess Rosa Cossette D'Elise, usually referred to as Cossette or Princess Cossette, is a member of the Kingdom of Erusea's royal family. She is the daughter of the man who became King of Erusea for around seven years before the Lighthouse War. She appears as a minor character in Ace Combat 7: Skies Unknown.