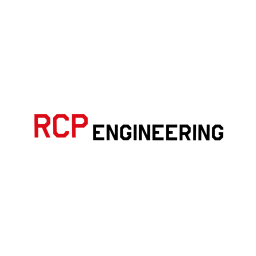 Feel free to use my aircraft to make your creations (since i do that all the time)!

Minor inconvenience: In-game screenshots in all posts before 1 December 2022 don't appear if you're using a smartphone.

Planes Made by RCP Engineering

About Me (and my planes)

"If a perfectly good plane's been built, I won't make it."

-the 1 rule defining my creations

I will also add liveries to aircraft that I am definitely not stealing from other players. Some liveries will represent aircraft involved in famous air incidents/disasters.

I will seriously consider livery requests and if I like it, I'll do it.
If I approve a livery request, it will, well, be made (though you may have to wait a while)

Flight controls for aircraft are listed in-game, except when I forget to do so. In that case, I'll be placing them in the post.

About the Republic Of Cursed Planes

The National Flag of the RCP.

The Republic Of Cursed Planes (informally known as RCP) is a sovereign autocratic, capitalist archipelago nation located off the coast of West Africa, in the Atlantic Ocean. The archipelago encompasses a total of 23 islands, 12 of which being inhabited.

The RCP also occupies a snow-covered island off the coast of Greenland, where the government-owned SantaCorp, the world's largest distributor of toys and other goods, is headquartered. The island is officially named "North Pole", despite it not being located at true north.
All commercial aircraft flying within North Pole airspace are required to have anti-missile devices attached to them, due to the ongoing threat of random carrier groups, not belonging to any nation, firing SAMs at anything and everything they spot.

The RCP's main sources of GDP are global shipping, aerospace manufacturing and military equipment manufacturing. Its government-owned manufacturer, RCP Engineering, is the world's largest such company by both net worth and production output. RCP Engineering produces a wide variety of aircraft and parts suited for every need of the commercial, military and general aviation market. It has also partnered with other aerospace firms such as Cessna and Airbus to produce variants of these companies' best-selling aircraft.

Capital City
Main City (give me a better name)

An Airbus A340-500 in the livery of the nation's flag-carrier, RCP Airways. The aircraft was also used for presidential trips until the 777-100 was launched.

Map Mods the RCP is Set In

(still hoping for mikoyanster's mods to be available again)

Official map of the RCP. All the places that I labelled are shown down below.

Main City, the capital of the RCP