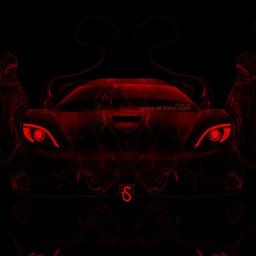 I am RedSample from Russia

I am avgeek and fan of Soviet times

I am a member of VKSP (russian-speaking community on vk.com)

I am also creating a small universe that could be a global background for all my builds. Here is some information about it:

Shafranskiiy Aero Systems (SAS) was founded in 1944 by Alex Shafranskiiy to do aerodynamic researches and to build experemental aircrafts with jet engines. By that time, Imperia Aircraft Industries was able to build enough piston-engined airplanes and was considered to be the biggest, richest and the most promising design bureau. But the time showed that jet-powered airplanes are really forward-looking and SAS became a big company producing large shipments of jet aircrafts.

Imperia Aircraft Indusries was founded in 1914 to design, build and upgrade airplanes for WW1. William Powell, a young aircraft designer who had some expearance, was appointed as a chief designer. It was successful during the first half of the 20s century, but by 1950s it started leaning back because of lack of expearance of building jet-powered airplanes and began to lose tenders to SAS. After all in 1962 William Powell died and his son, John Douglas Powell, who was appointed as a new chief designer, found that things has gone really bad and decided to sell the company. Finaly in 1968 Imperia was bought by SAS

Powell Dynamics is a semi-private design bureau founded by John Douglas Powell in 1969. Imperia was sold to SAS, but John decided to carry out his fathers work and founded a new company. They started to design a huge cargo lifter PXST01 (C-9 Consolidation) in collab with SAS and it was ready by 1977. It became commercially successful. Parallel to C-9, Powell designed a small civilian airplane (Redneck series). Now the Powell Dynamics is a big company and a strong rival to SAS

All the developed designs are also fictional (except from Su-15 and MVM 81.717.5 replicas), based mainly on soviet airplanes. Sucessors are welcomed!