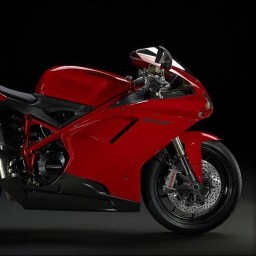 Background
RamboJutter Ltd, later known as RJ Ltd is an aviation company whose origins go all the way back to the birth of the aviation industry. It has been a family owned and ran company passed down through generations and still going strong today. Formed as a company to both design and build aircraft, it was the brain child of James "Jambo" Routier (the 1st), an English gentleman born and raised in the north of England in the early 1900's.

James was an apprentice in the design bureau of Sopwith Aviation Company based in Brooklands offices, taken on as a 16 year old in 1916, it was here that he learnt the basics of aviation assisting with designs which where used by the RAF during the First World War.
With the closing of the Sopwith Aviation Company in 1920 he decided to create the soon to be famous RamboJutter Ltd. company, it was here that he flourished, designing and producing some of the most famous and innovative designs of the mid war periods. With the onset of World War 2 the company had a problem, demand far exceeded supply capabailities, the solution was elegant in its simplicity, the company evolved to be solely a design company who then sub-contracted other manufacturers to produce the required aircraft using their existing (and enlarged) facilities. This system was approved by the British Government for use not just within the commonwealth but to be exported for the benefit of select allies.
With this arrangement aircraft such as the Rambojutter-Polikarpov F1 and F2 where designed and built, benefitting both the British aircraft industry and their compatriats in Russia and the like.

Coming into their own in the post World War 1 period, the company went from strength to strength designing and building both civil and military aircraft such as the Rambojutter F3 fighter

With the onset of the Second World War, aviation was evolving with ever faster, larger more capable aircraft, designs from RamboJutter Ltd where no different. Always one to experiment and change up their designs, RamboJutter Ltd were pioneers for the British Aircraft industry in much the same way as competitors such as Gotha, Horten and Messerschmitt where for Nazi Germany.

The company again evolved to meet demands, they made their designers availiable for hire to work for other companies as sub-contractors which lead to their name being shared with great names of aviation such as Avro, Saunders-Roe and the like. They where also employed by companies such as Hawker to further adapt and improve their existing designs, evolving them into modern fighting machines.

Fighters
As a design contracter for numerous companies, RamboJutter Ltd designed and where part of the construction process for numerous famous aircraft. Fighters such as the F-58 Hustler II Boulton Paul P200 and Fairey Ferret

The company wasnt limited to designing fighters though, they produced some memorable ground attack aircraft such as the Hawker Siddeley Eagle, F118 Thunderstrike and BAC TSR-3

Bombers
Bombers where designed under for other companies the same as everyother type of aircraft, both to surpass and to complement existing designs, the English Electric Brisbane is a good example.

Interested in all sorts of aircraft, weird and wonderful from all eras. Prefer to design British aircraft but will dapple in all sorts. Hope you enjoy my designs, feel free to critique or offer advice. Am open to suggestions for builds as I need the inspiration anyway :)