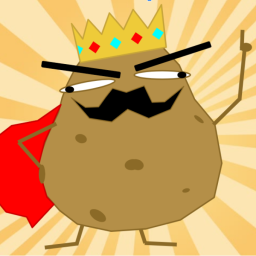 Everything You Need To Know About Potater (Sort of)

/\
|
Did I just refer to myself in the third-person?

EDIT: This account is kind of dead right now... Sorry. I've kind of moved on to Stormworks, as it's super addictive.

Hi. I am a 16-year old dude from the United States. As you can probably tell from my creations, I like to build random stuff on SimplePlanes. I am an aviation enthusiast, which is what brought me to this game about 1-2 years ago. Obviously, my account is not that old, but all of my other garbage accounts broke and stuff (this is why my account name has that stupid “er” at the end of it).

Most people would put their list of projects here, but I’m too lazy to do that, and I don’t usually commit myself to long-term projects (because then I might get bored and abandon it).

Achievements:
Yay I reached Silver on November 22, 2018! (idk what time though)