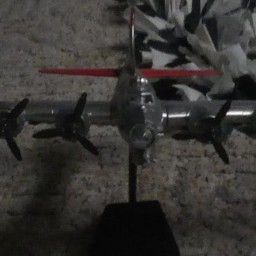 I'm just kinda here to post stuff I make, make stuff from games and, now, make some 4 legged mechs, and also I made a weird mix of a walker and artillery so now if I try I can slap the beast with a 400mm arty shell.
New personal mission: sunk the tiny from Yeager
Next mission(very hard): sink the whole fleet

UPDATE on my mech program: I have had any first prototype car mech, it will walk like a mech at first, but if you put trim up, it turns into a car, and that thing MOVES

UPDATE 2 on my mech program: I have officially made a bipedal walker, it isn't good at all but it kinda works

Challenge: precision shelling, nuke both the destroyers from yeager, and then hit the race track island with an arty. shell

Sorry fro disappearing for so long I lost my acc info for a hot second, but I will post a couple planes I made between then and now