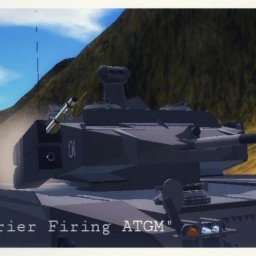 Making lore and originally, Inspired Parody/fresh planes through out the ages. Ill make and post often with new planes and content and ill be real pleased if i got suggestions of aircraft i should parody next!

The powers and country's of my world

The Flag of Rummanio Republic

The Rummanio Republic is a Smaller country bordering the Kingdom of Avalon to the east. Know for its beautiful mountains and coastlines it is a popular area for the wealthy and travellers. A governmental Republic it stands out from its neighbours as being a democratic society unlike the monarchies countries surrounding Rummanio. Its people are hardy and proud and stood the test of war and time with countries and nations far more powerful then them. There military stands of quality and highly technologically advanced products rather them quantity and simplicity. This has bit them in the ass a couple of times but seems to work out mostly for the Rummanions.

The flag of the Kingdom of Avalon

The Kingdom of Avalon draws back to ancient times and lasts to this very day even if their lands and borders don't expand to their empire of past. Their past is choppy and filled with dark spots to this day. Their expansionist tendencies sparked and fueled the outbreak of the 1st and 2nd patriotic wars what raged globally from land grabs of their neighbouring powers especially the Kingdom of franks their ancient rival and enemy. Their military is one of the largest and powerful in the world and has always been the main pride of the hardy and stern Avalonian people even if their equipment and desings may not be revolutionary. They work and work well.

The Flag of the United Republics

The flag and coat of arms of The Kingdom of Franks

The Kingdom of Franks is a Joint Kingdom ruled by 1 of the 3 families of Franks. Each family has their crest joined together on the flag and hold elections between the nobels and upperclass who shall rule for their lifespan. When the king or queen dies a election is counted for who holds the throne next. The Franks are a Nobility and feudal run society where the lower class and peasants pay their dues and lives for their highers. Their military is organised between two branches. The peasant/lowerclasses men at arms given second rate weapons, equipment and all around experience used as cannon fodder and expendable. This is a very different experience for the Knights of Frank given the latest and greatest in technology and equipment.