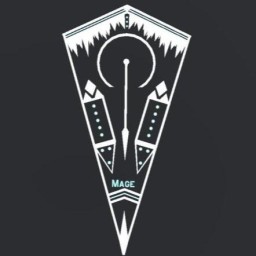 There will be blood-shed!

'Sup, name's Mage2IsTriggered. I'm a brazilian car, RPG, Halo, Destiny, Undertale and racing nerd. I make a bit of everything, but usually it's all cars. Hope you like my stuff!

By the way, i got some companies:

My favourite character is Asriel from Undertale.

My favourite plane is the F-15E Strike Eagle.

My favourite artist is Travis Scott.

I like weapons and firearms and i wish i could own one.

I make trap beats as a hobby and i'm not that great at it, but it's fun.

I'm a furry, but i don't wear fursuits because that's not very fun and lowkey cringe (no offense to other furries out here).

Thank you for reading my bio!

P.s: Khajiits and Argonians are the best Elder Scrolls races.