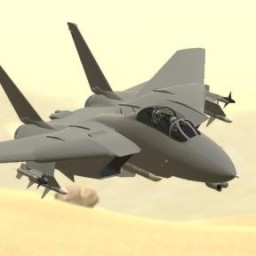 Mehmedovic Industries is the first and only multinational “Supercompany” that produces weapons and spacecraft for the eastern bloc.

1617: The Belgarn empire was established within the borders of today's AACB

1914: The Ottoman Empire bombarded the shores of Belgran. The ordinary Novistrana embassy, where the bombardment began, was captured by the German Imperial soldiers and the ambassadors were killed, thus the first world war began.

1943: Fascist Novistrana signed an armistice with the Belgran Empire, then invaded the entire West and America

1944: As a result of internal disturbances and rebellions from the West and America, Fascist Novistrana collapsed and became Federal Novistrana.

1945: There was a great coup against the emperor and the emperor was executed, so the AACB was established

1945: Internal turmoil struck the Belgran Empire and the empire collapsed to become AACB

1948: Upon the threats of AACB (current names) Turkey Israel Finland Saudi Arabia Yemen Oman Egypt united with AACB Western countries then deployed a large number of soldiers on the borders this event is considered the beginning of the cold war

1950: The Greek navy attacked the UAN ships of the Turkish navy in the Mediterranean, the Turkish army was unable to respond, and they sought the help of the AACB. Instead of responding to everyone's surprise and warding off the attack, the AACB decided to send a nuclear warhead to Athens The Greek government had collapsed and the western governments were paralyzed, no one was like that. he did not expect any movement, as this mushroom cloud in Athens dissipated, bomber and fighter planes appeared in the skies of Federal Novistara. According to the testimony of a soldier at the border:

-We were on watch at the border station, everyone was very nervous and gathered in front of the radio An American announcer was shouting excitedly and saying that there was a nuclear attack on Athens. According to the reports, AACB tank troops were approaching the border with a red alert. no one was paying attention until a few minutes later the bombers were clear until the black dots in the sky were evident and the air defenders were running frantically, a few fighters had passed us by, but the air defense systems were useless, only being able to lock onto a few bombers.....

1950 -A few days after the first nuclear attack-

While the West was still in shock and did not know what to do, NATO troops on the border were shot down by UAAF planes, whereupon the western armies moved swiftly, but they were not fast enough against the heavily armored tanks that had already crossed the border, first the Federal Novistrana tank brigades were destroyed, then the air force, then all motorized infantry and the infantry thus fully joined the AACB in Federal Novistrana

1951: All of a sudden, the commander lost contact with the AACB forces clashing on the French border. Not long after, reports from the surrounding AACB troops were that a large number of nuclear bombs were dropped on the AACB troops.

1990: After long and bloody wars, assassinations and scandals, NATO forces are defeated, but the AACB, which gained a lot of territory but weakened, emptied most of its conquests and the great war is over.

will be written soon