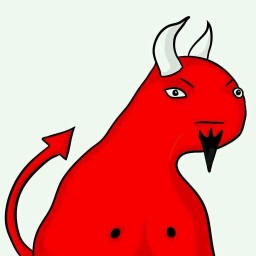 I’ve been gone for quite awhile, I’m probably not going to return as I simply lost interest in simple planes awhile back, but it’s nice to look back every now and then. Maybe I’ll upload something again someday...

Yes, I am an official Lord of Sealand, so it is Lord Satan to you.

I specialize in many things, if many things meant nothing and plain. I’m good at making things very maneuverable I guess. I don’t really like making replicas or super realistic aircraft, I find them to be boring, but I think both can be cool.
Feel free to leave criticism, tips, and all that jazz on my designs, but keep in mind I don’t really take this super seriously so don’t trying ripping me a new one because I forgot to put landing gear on something. At the same time don’t take my criticisms with too much weight, I’m not a pro.

I enjoy aircraft quite a lot, I find flying to be exhilarating and sensual in a top gun beach volleyball with homoerotic undertones kinda way. Ace Combat games really capture that sense of freedom in the air that I enjoy so much.

I’ve got about 320 hours in simpleplanes and I’ve stalked the site for awhile now, but I decided that the night before the whole site decided to have a meltdown was the best time to make an account.

I make a variety of aircraft, but most are for my fictional nation, thus the emblem.