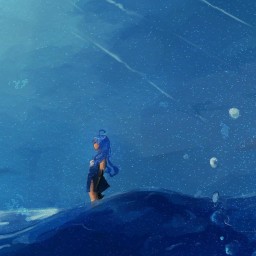 I am a player who lives in Philippines, i specialize in building Single-Prop replicas and Fuselage Slicing Wings. Talented though it may be, i severely lack doing details such as National Insignias and cockit interiors.

Boulton-Paul P.105C
Ive taken up some ideas from my previous builds as a pressumption on what the plane would become. Mainly the Wing landing gears of the F-4U Corsair and the retracting Arrestor Hook from my SB2C Helldiver.

I want to give it the name 'Triad', for how 1 plane can be converted to have 3 different roles. So it becomes Boulton-Paul Triad Mk.IC

During the making if my Defiant, i came across this rather interesting design. Its like you mix the Firebrange fuselage, Corsair's inverted Gull wing and the Ki-84 Hayate's Wing shape into one. So expect my next build to be this one after a month or so of break. As for the variant, ill be making the the P.105C ofc.

Maybe after that, ill rebuild the Ki-84 Hayate for... Oh god... The 3rd time now lol. The last Hayate rebuild i did is 2 years outdated now, so now should be a great time to redo it again like my Kawanishi A8K remake

P-51D Mustang (modified from my Trailblazer)

Build Aircrafts that aren't Popular or Aircrafts that doesn't exist (in SP website) yet, as well as outdated (ones w/ default wing parts) aircrafts made by others.

Great at making prop aircrafts, not so great
at making cockpit interiors.

You can find me on SPSC, SPBC and SP(SimplyPlanes) discord servers as Pnicks15 or KingOfTypos, or simply Loenark#0591 discord user.

Is secretly a certified weeb