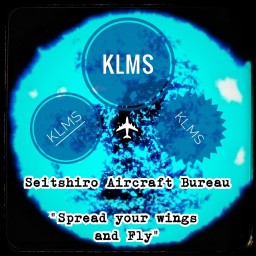 Whaddup ladies and Gents? I am KLMS. I chose that name, because all 4 letters make up my initials. I'm 18, a wanna-be fighter pilot and one heck of an aircraft lover.

I'm from South Africa, where its always hot, and my main platform of design is my tablet, which I love so much. Whenever I pick it up and start playing, I keep going until my battery dies. This game is deadly addictive. :D

In saying that, I just recently purchased the game on Steam, so I'm REALLY gonna have a blast B-)

My favorite aircraft include the Boeing B747, Saab JAS-39 Gripen, Sukhoi Su-27 and his family, and a lot of others. I absolutely love this game. :D

I'm going to start adding my own aircraft, so here's what you need to know.
"Seitshiro" is a (fictional) South African-based defense and aerospace company, specializing in military aircraft, naval ships, army vehicles, missile and weapons systems, space lasers, you think of it, it does it. The main noticeable design features include 3-winged aircraft (canard, main wing, tail-plane), extensive use of canards and toward wading tails and wings, and other design features. Also a majority of its aircraft are carrier capable.

If you wanna chat or share ideas, go ahead. And please don't feel afraid to gimme any feedback o suggestions. Just know I won't always be online :'D