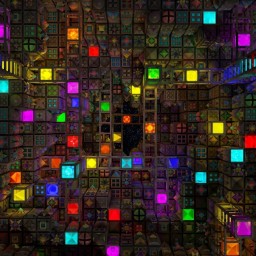 Ladies and Gentlemen! To avoid confusing myself and to make a less childish username, I have completely rebranded to...

The IMUL part of it doesn’t stand for anything because I couldn’t come up with a good acronym. This aspect might change in the future. I upload infrequently, so watch out for new posts! Most of the stuff I upload will be Proof of Concept material, such as whether a plane with a 20 megaton nuke onboard can land without gear, or get a small aircraft to Snowstone from Wright Isles only using a launcher for propulsion.

Here at IMUL, we have a few abbreviations and acronyms that we use as a shorthand to avoid long drawn out messages:

RE = Re-upload
This is an abbreviation you will see in the title of aircraft I have uploaded multiple times. If you see this it means the previous rendition was taken down or something.

RP = Repost
This is an abbreviation you will see in the title of other people’s aircraft that I have reposted with modifications or other small tweaks. Look for auto credit and a shoutout from me in the description!

WIP = Work In Progress
This is a commonly used acronym, again, meaning “Work In Progress.” Aircraft I’ve uploaded with this in the title means it’s not finished and will be tweaked in the future. Yes, I will use the designated WIP tag, but I still use this to be clearer.

PoC = Proof of Concept
Not all the stuff I upload to test something. If you see this acronym in the title, it means it is! These aircraft may not function the way I designed them, but they also might.

Across the world, there exist many companies all competing to make the best weapons. Some of them have created the most successful weapons IMUL has ever used (and still use today), while others, not so much.

Generic Motors:
Founded in 1949, GM is focused on building smart weapons with top-secret guidance and propulsion technologies to ensure any aircraft equipped with GM-built weapons is an aircraft that has no fear of getting shot down.

Oscar-Zulu:
A sister company of Generic Motors (formerly known as the Wizard Division; hence the OZ). Founded in 1960, splitting from GM in 1995, and re-branding as Oscar-Zulu in 2002, this company focuses on “melee” combat such as guns (most of which are lasers) and cannons.

Trauerr:
A rival organization to GM founded in 2010, this company is determined that dumb projectiles are the future. They think that by removing the guidance systems and propulsion units and filling the extra room with high-power explosives, their weapons will be more effective. Their logic isn't half bad, as you can just drop one of their weapons near something and it'll still get obliterated, but seeing a missile “yeet” itself (as the kids these days are saying) towards a target at ridiculous speeds is just too fun.

Oberfäst: A foreign organization who’s parent nation has depended on IMUL for years to supply them with weapons to defend their easterly rivals, and who also supplies us with engines of all shapes and sizes, and powers.

The boys at R&D took a vacation