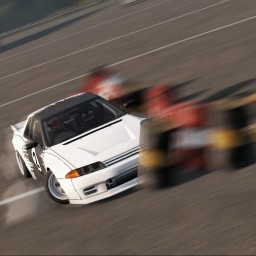 Hello there my name is EdgyCar. I’m 17 and in the 11th grade. I started playing SP in early 2018 and my first plane was a sausage with wings. I didn’t even know you could change the size of the parts so there were just lots of fuselage pieces in a row. My first car looked a lot better than my first plane. Still not the best in the world. I then got better at building vehicles and in April 2018, made my first account. My first plane published actually got featured in one of Frantic Matty’s videos and I am still grateful to him for giving me that initial boost. Then my account (which was Amaker btw) was deleted one night when my google account was shut down because. I THOUGHT I made it on another account but it was actually a school account and I left that school so... anyway, I made another account a few days later and was back at it until a fire destroyed my house and the IPad I built planes on. That forced me to go on a little hiatus for a while. Today I’m just building cars and trying to make them better than before.