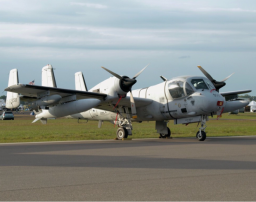 Creator of CobraDeros
creators
Creator CobraHuey
Co-creator Hedero
Builder Crafto77
Builder Planeacceleration
Should my end come while I am in flight,
Whether brightest day or darkest night;
Spare me your pity and shrug off the pain,
Secure in the knowledge that Id do it again;
For each of us is created to die,
And within me I know,
I was born to fly.”

I HAVE AN INTERESTING STORY!
Hobbies: Model plane flying, drawing, model plane building, plane related stuff, playing a few instruments, video making.
Pets: Dog Mix, Bo, 4 y old, Guinea Pig, Bim-Bim, 5 y old.
Current projects ( B-25 Mitchell, P-40, MD-80, Greg Connell Wolf Pitts, and MX2)
Shoutouts
Walter.J. Boyne for making the first ever plane book I got. I am saddened by the news of his death
Hedero for helping me learn about this game and for inspiring me in the virtual world
Jeff Billington for inspiring me to fly
Kyle Franklin and Skip Stewart for inspiring me to do aerobatics
My grandfather for telling me stories and stuff about planes.
My dad for inspiring me to join Civil Air Patrol
I’m just another aviation fan in this simple world.
My favorite plane is the A-10.
My favorite Helicopters are the Cobra and Huey.
I am an Oregonian who wants to become an aerobatic pilot and commercial pilot.
My favorite aerobatic plane is the Sukhoi-31.
I love Waco UPF-7s. I also want an OV-1D Mohawk ( That’s why the Mohawks in my profile picture).
If you need any paint work for planes or customizations, I will be happy to help.
I want to fly the Dash Q 400 for Alaska Airlines
My favorite aerobatic pilot is Kyle Franklin.
cobrahuey Is my TikTok
SR Account name CobraHuey
Things I dislike
Game: Fortnite
Song: Most things modern or not related to techno or rock
Plane: Cough Cough Airbus Cough Beluga Cough
Animal: The Bedlington Terrior
Place: Eugene, Oregon...
People: Any terrible person
Car: A few Tesla’s
Truck: 5 year old given drugs truck aka Tesla Cybertruck. I prefer the Tesla CyberTuk.
Helicopter: Some rich boi helicopters
*Movie: Ice Sharks, Sharks, Tornado Sharks 1,2,3,4, and how ever many there are, and... well any movie that has shark in the title
Fictional Character: The witch from Hansel and Gretel
Favorite things
Game: Any plane game/ game with aerobatic planes.
Song: 70-90s rock and some modern + some techno
Plane: A-10 ThunderBolt II
Animal: Corgi, Guinea Pig, Cockatiel. Of course I like birds, I love plane and flight.
Place: Oshkosh, Wisconsin.
People: Family, aerobatic pilots, aviation members, car people,
NASA workers, and really anybody involved with machines.
Car: 1980 Camaro, Porsche 911, Bugatti Chiron.
Truck: Older Ford 250, Dodge trucks, Ford Raptor
Helicopter: The AH-1 Cobra and UH-1 Iroquois/ Huey. That’s why my name is CobraHuey
Movie: RedTails, Memphis Belle, Tora! Tora! Tora!, and eh! I like Planes and Planes II and Wings. They are pretty accurate animated plane movies
Fictional Character: Dracula, Headless Horseman ( I’m so obsessed with him that when I saw a Halloween declaration of him saying how he will kill the person who cut head off his head that I just was like, YOUR THE BEST SCARY THING EVER!), Wall-E and Eva, Nemo and Dory.

My favorite movies are