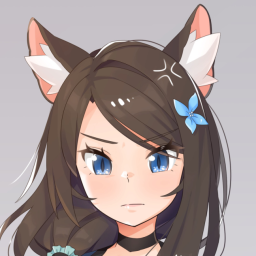 Hi there, and welcome to my profile page!

I'm just your average aviation enthusiast who is ever seeking new information about any military aircraft that I like. Such as the F-35A or SR-71, both being planes that I adore dearly.

Anyway this isn't about what I like, its about what kind of content you can expect to find on my page
You can expect to find both fictional and replica aircraft. You'll rarely find stuff like Cargo/Recon/Tanker aircraft here, its all just Fighter, Multirole or Attack aircraft.
I do prefer to make Fictional aircraft as they're easier for me to make since I don't have to worry about making the plane perform accurately to real life or Ace Combat.

If you want to just simply talk to me, you can either use the comments of one of my planes, or forums. And if you'd like to have a higher chance of me responding, you can join my Discord Server, with the link below
Discord Server

I do NOT take requests, ill build what i want, as i go.

Vrol is a nation which appears to have been an old state from a long forgotten nation from the early days of humanity
They come from a universe we call "Scarlet" on a planet they call "Zitis"
Vrol seemingly has the biggest and likely, strongest airforce in their world. Their navy is quite big and strong too, but the Army is a little lacking tank wise.
The infrastructure is really beautiful and breath taking, especially when seen at night, especially their capital Duality. Id describe it as futuristic, but they'd argue its modern. Assuming they could argue with us about it, heh.

We've also managed to get images of their Flag, Airforce Roundel, and Navy Logo and also their Navy's national flower they tend to use on all of their ships

They also appear to have a very aggressive neighbor in Iuswuesil, which have a few other allies which tend to harass Vrol and their allies. Sound familiar huh?-

We also have found Vrol's important military companies, which appear to work very closely with each other

If we find anymore useful information, we will make sure to relay it to you immediately