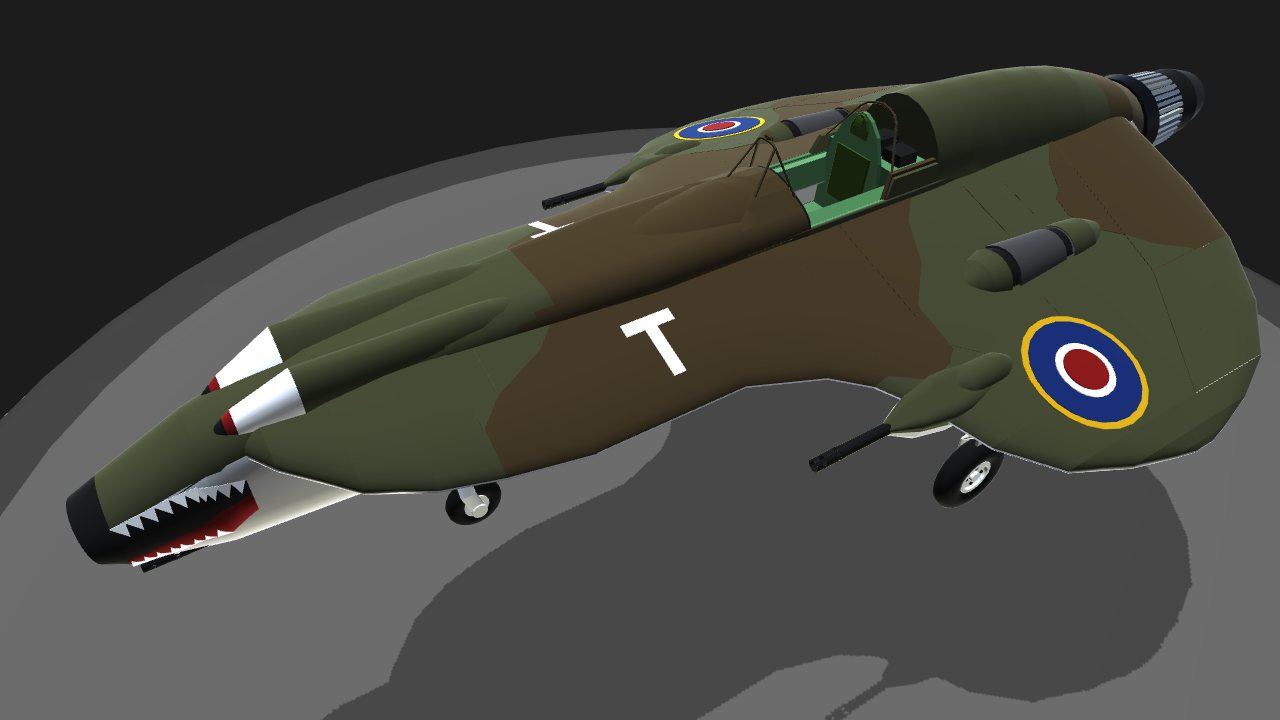 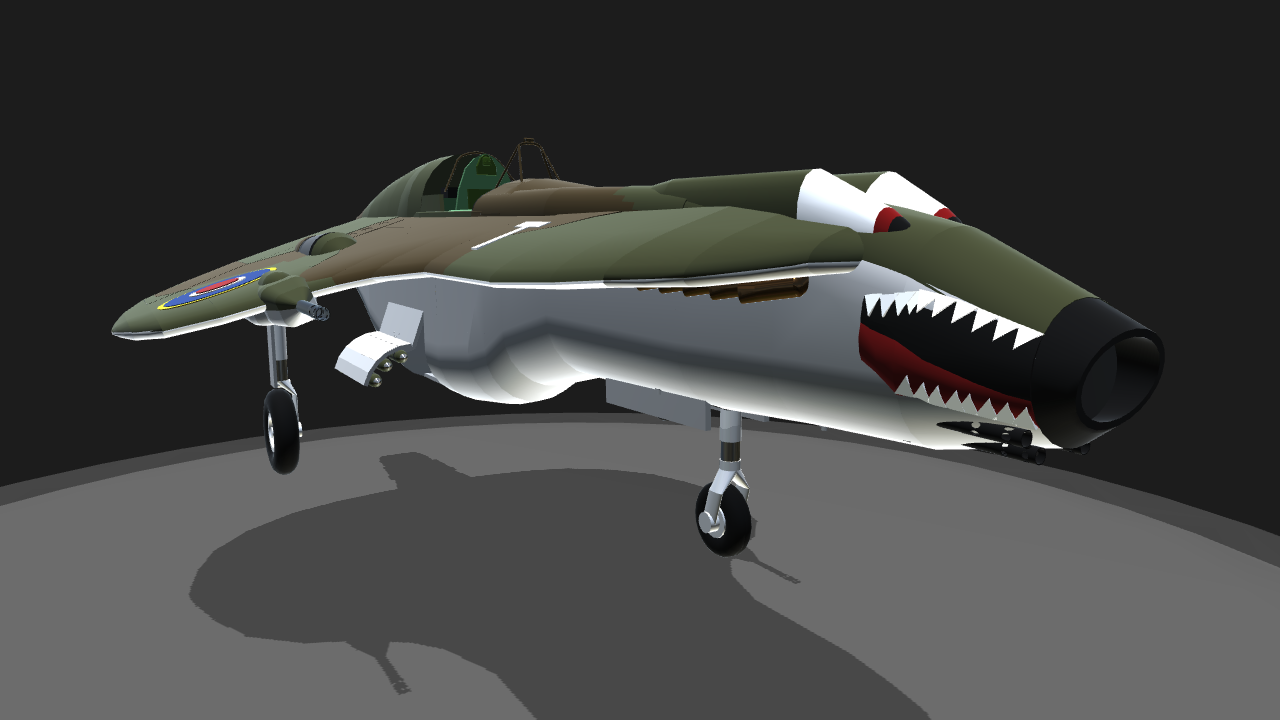 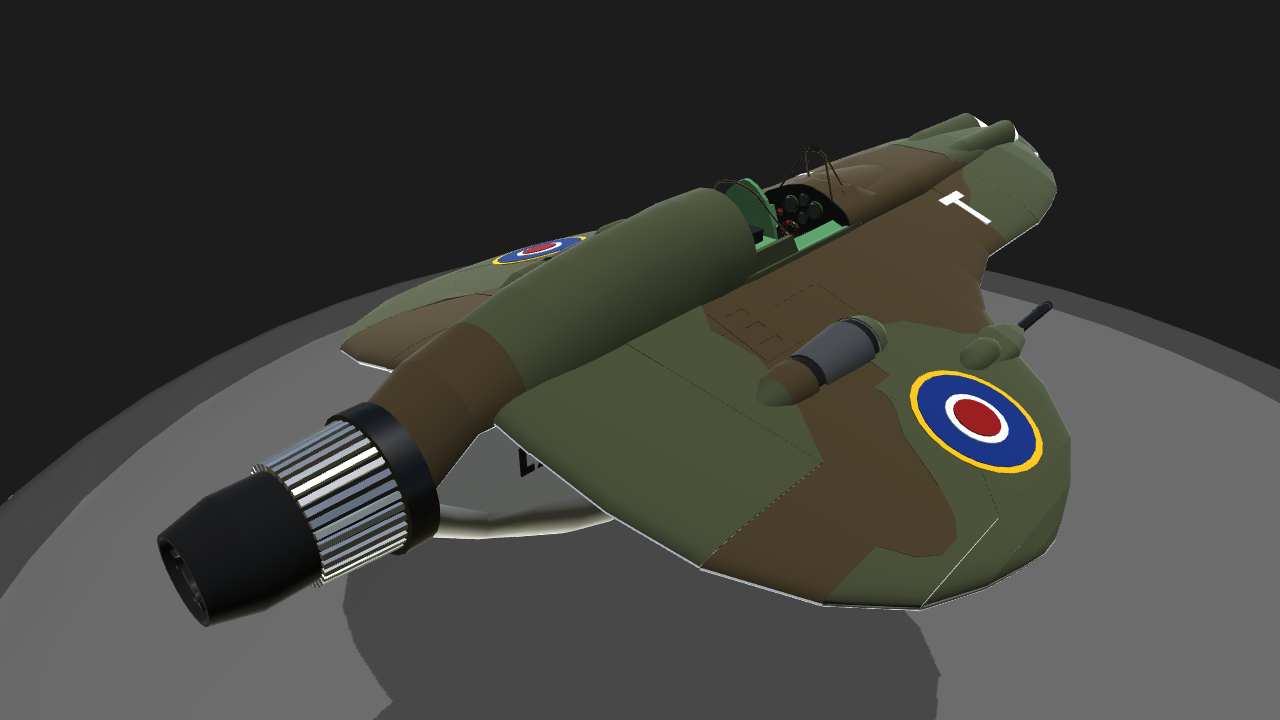 So after numerous taxiing and landing incidents it was decided that the MK1 and its undercarriage was usuitable for grass airfields, the MOD issued an instruction to investigate a variant more suitable to the grass airfields the RAF wanted to use, Supermarine in their capacity as designer and manufacturer decided the easiest way to alter the landinggear was to surface mount new rear gear which was mounted further forward to assist in a speedier rotation and which also rotates on retract to make the wheels as streamlines as possible, while still being external to the airframe. This alteration also made the previous undercarriage bay availiable for the internal storage of ordinance, in this variant 6 air to ground rockets are utilised (please make sure the bays are open when launching, AG1, otherwise big badaboom).

Extra cannons where mounted on the leading edge of the main wing to boost the competetiveness of this design for air to air or air to ground sortties.

Oh and a face on the front, I was meant to do a shark mouth but it looks like a fox that has picked up too much speed. 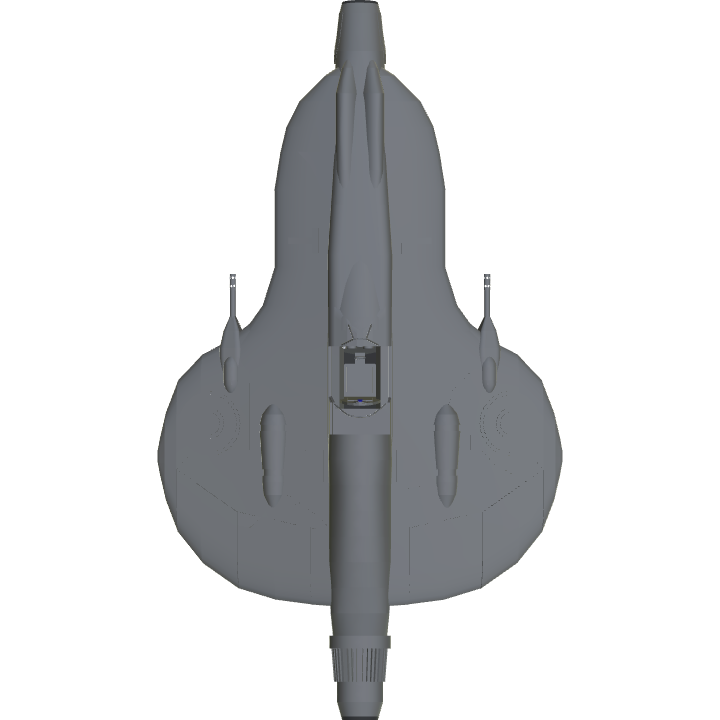 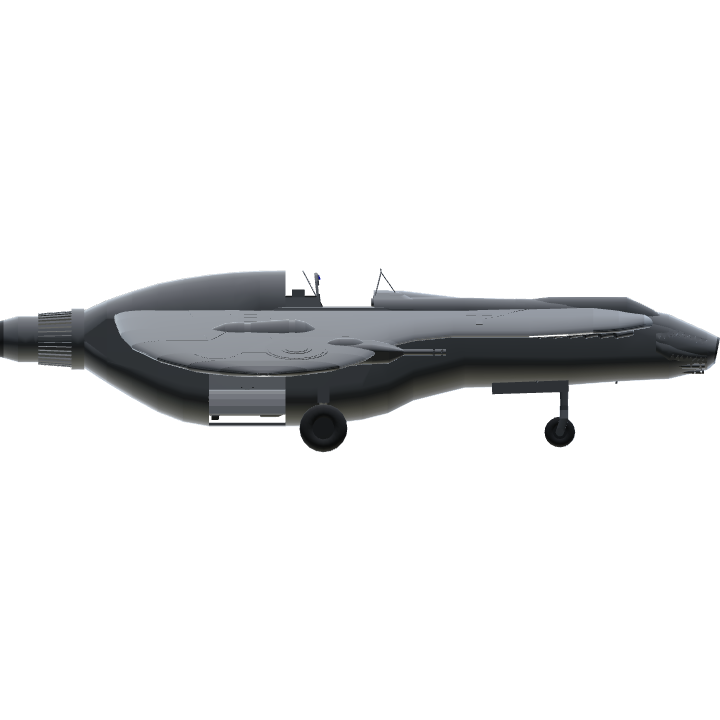 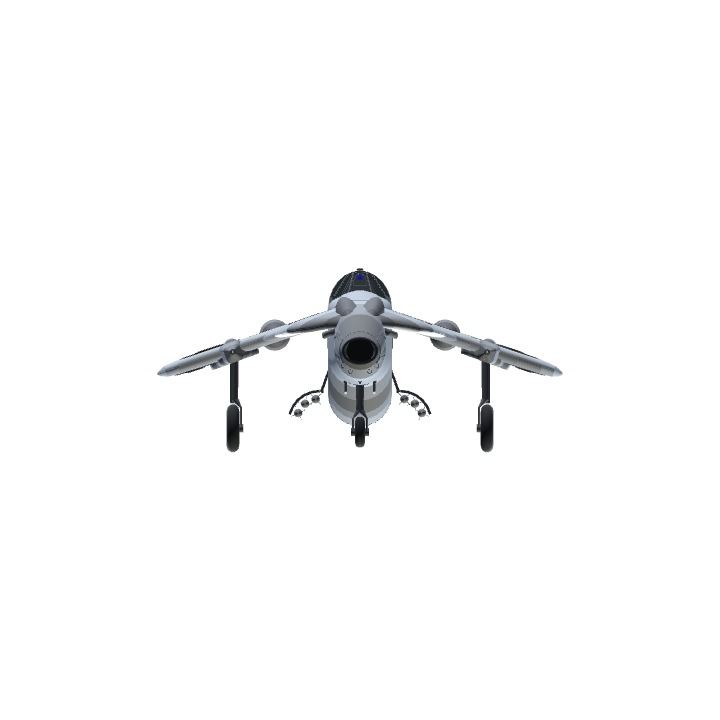