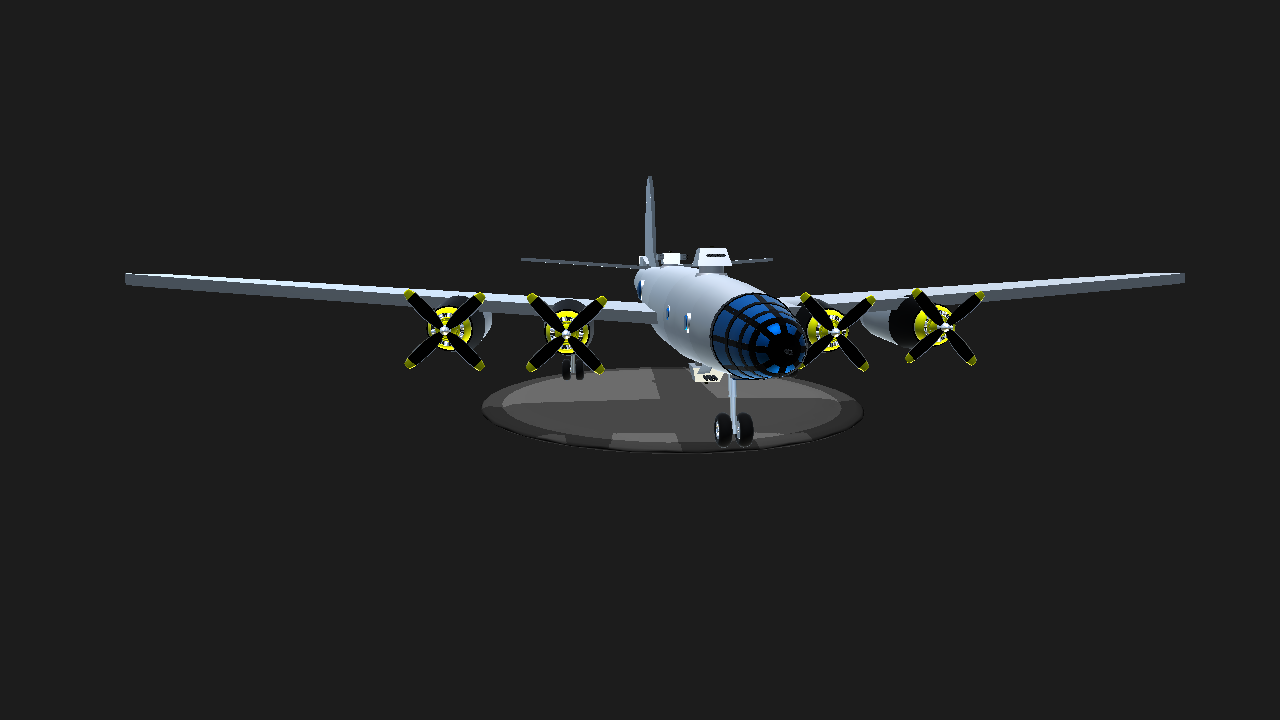 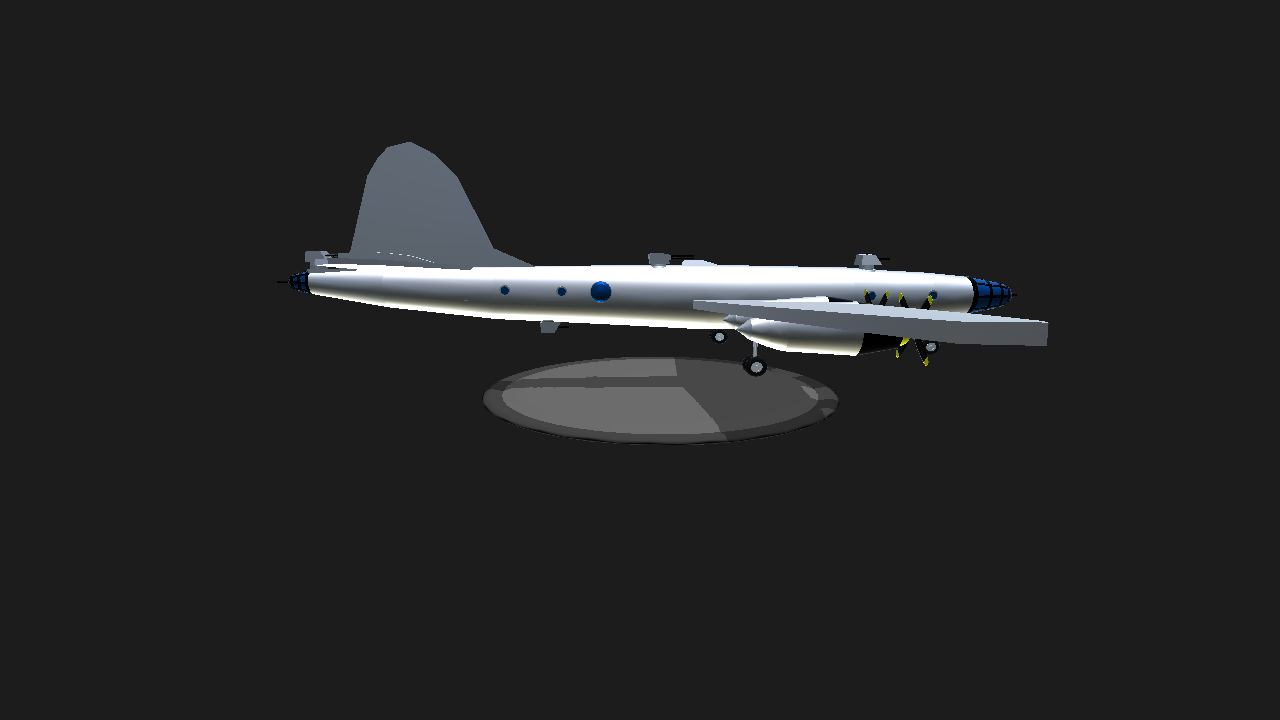 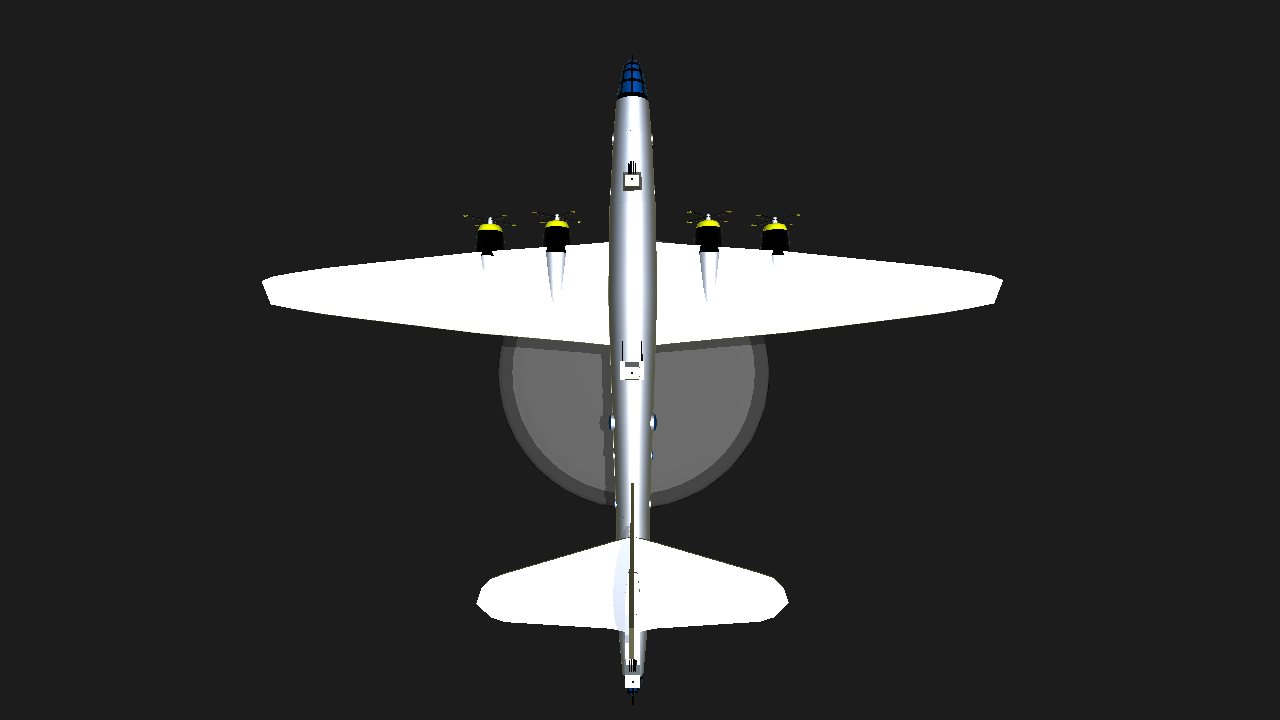 The large 43 ton behemoth is a large 4 engine high altitude heavy bomber, capable of incredible loads of bombs, and can use the availability of nukes and can launch missiles. Fit to haul such large devastating loads, it has to get somewhere safely right? So the turrent number has increased, now it has 5 turrents, and upgraded! Its max speed and manuvurability is however affected by the mass, its top speed is somewhere around 170-180 mph. Its bomb load is 32 bombs.

Problems with speed? Fear of fighters destroying your plane? Well think no more! Around the wings, and engine areas I have added reinforced armor (health) to them so don't be afraid of puny fighters around you, and don't worry about crashing!

To use the automated turrents, select a target and press the machinegun button or the cannon button.

This plane is also the only plane in my creations that can carry nukes and large amounts of bombs.

This monster is so heavy, to keep it up in the air an assist of trim and pitch is needed.

Recommended, needs long runways like Wright or Yeager airports, nicknaming it Yeager for its large size and need for large takeoff lengths. 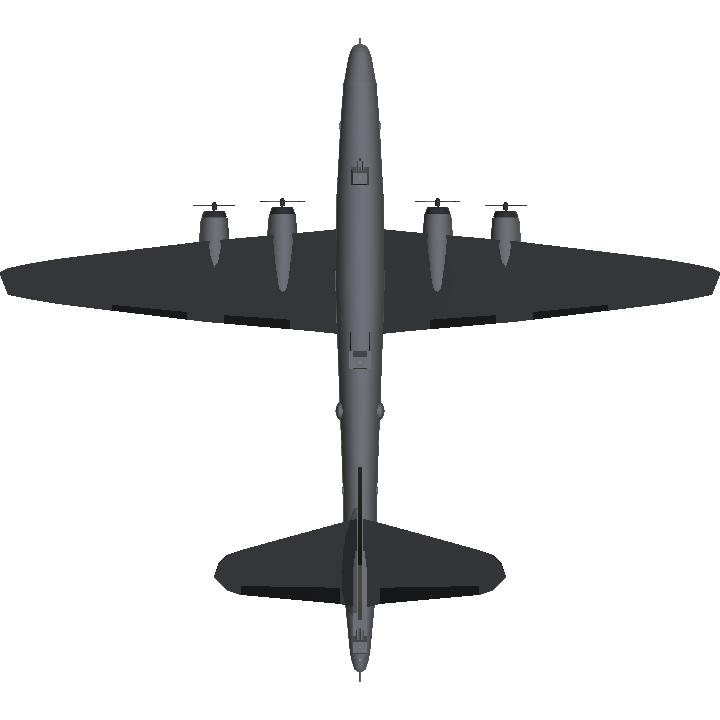 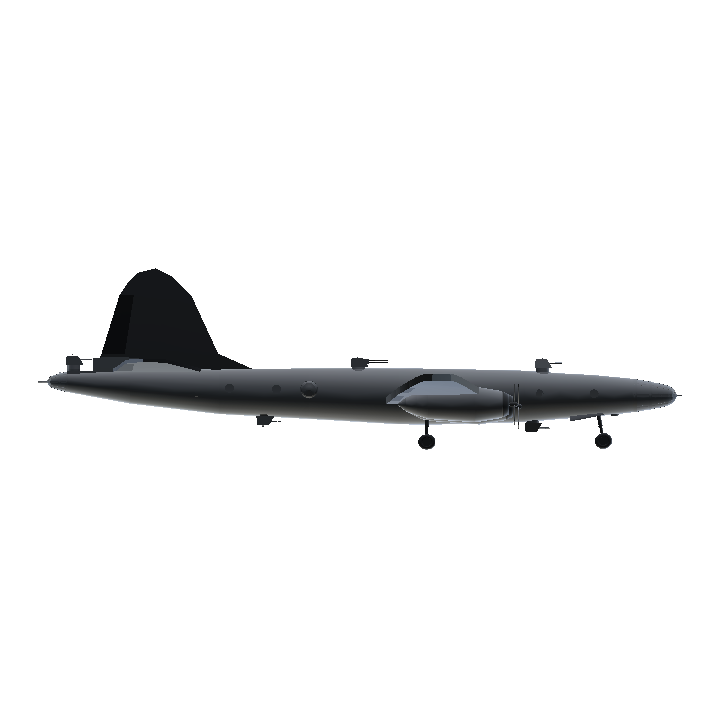 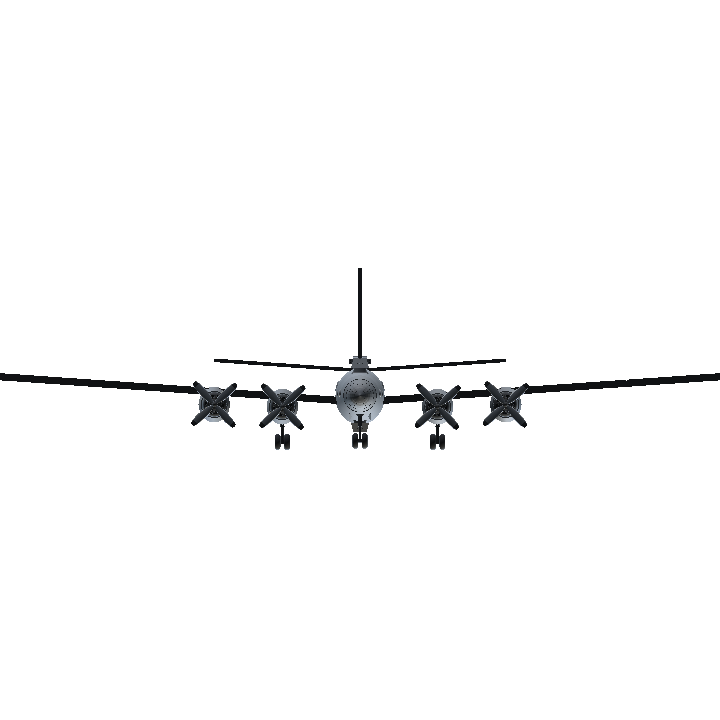