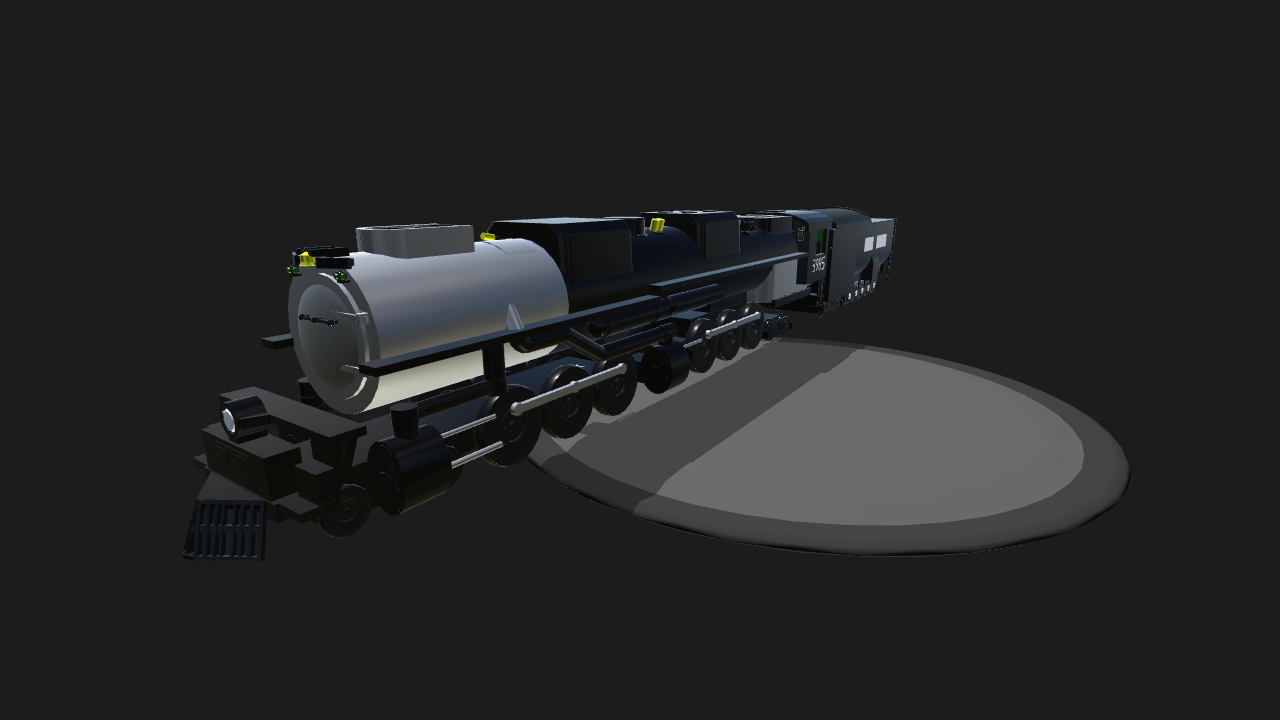 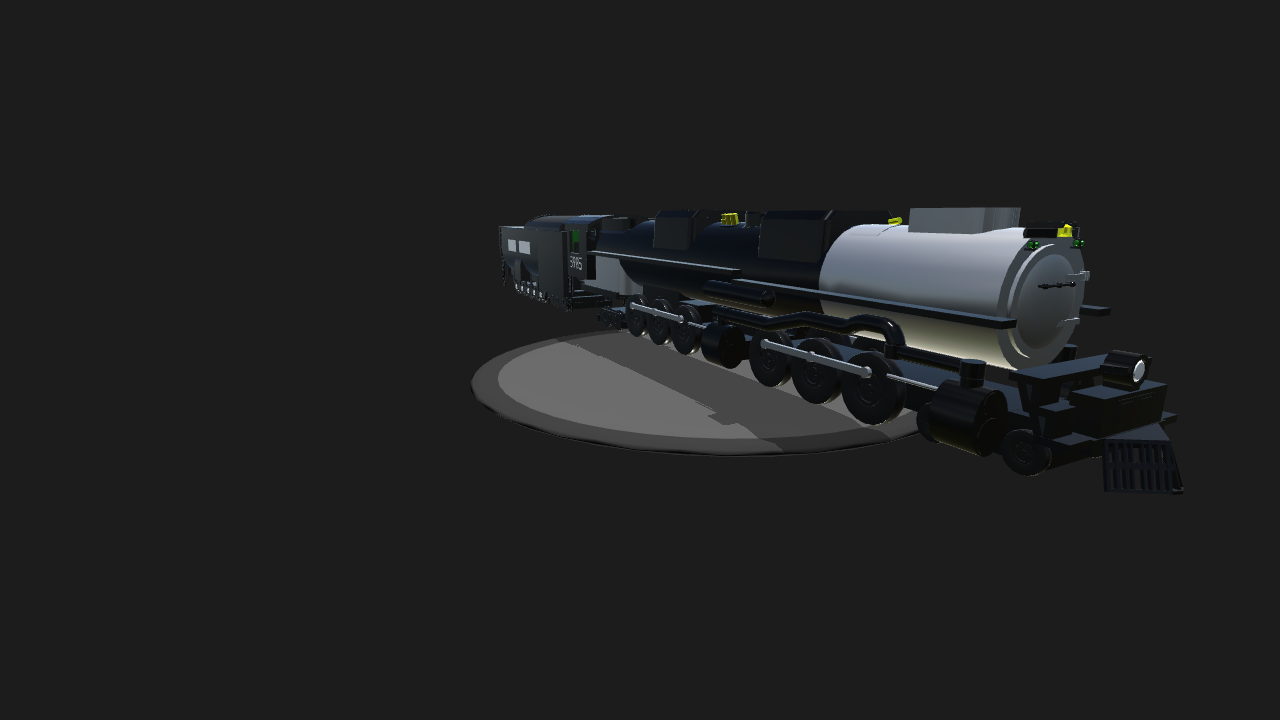 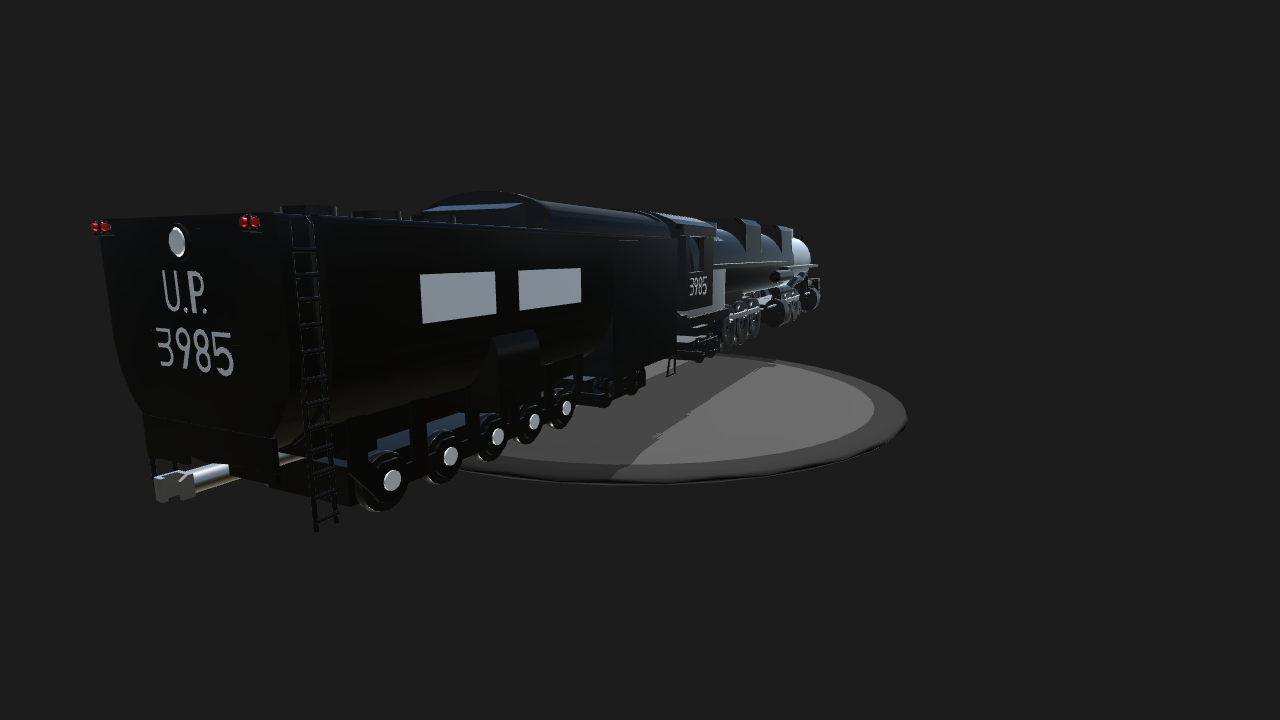 The Union Pacific Challengers are a type of simple articulated 4-6-6-4 steam locomotive built by American Locomotive Company for the Union Pacific Railroad. 105 of these locomotives were built between 1936 and 1943. The Challengers were nearly 122 ft (37 m) long and weighed 314 tons (284,800 kg). They operated over most of the Union Pacific system, primarily in freight service, but a few were assigned to passenger trains like the Portland Rose. The locomotives were built specifically for Union Pacific. Much of the experience gained later went into the design of the "Big Boy", which the later version of the Challenger was redesigned after. (info from wikipedia) controls: group 1: headlights, group 2: tracking lights, group 5: activate decoupler, group 8: steam off, pitch: whistle, roll: turn, throttle: regulator
un-modded version:
https://www.simpleplanes.com/a/9qFzy6/up-challenger-3985no-mods 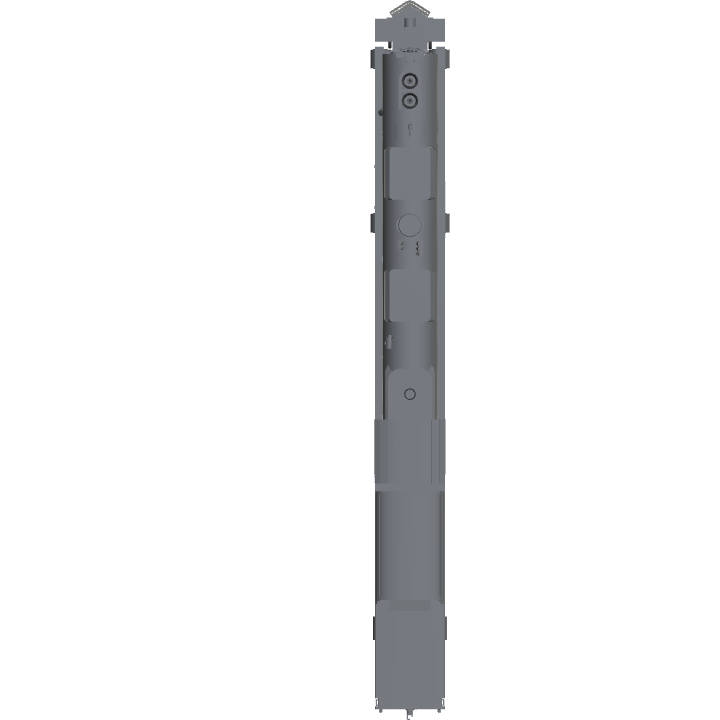 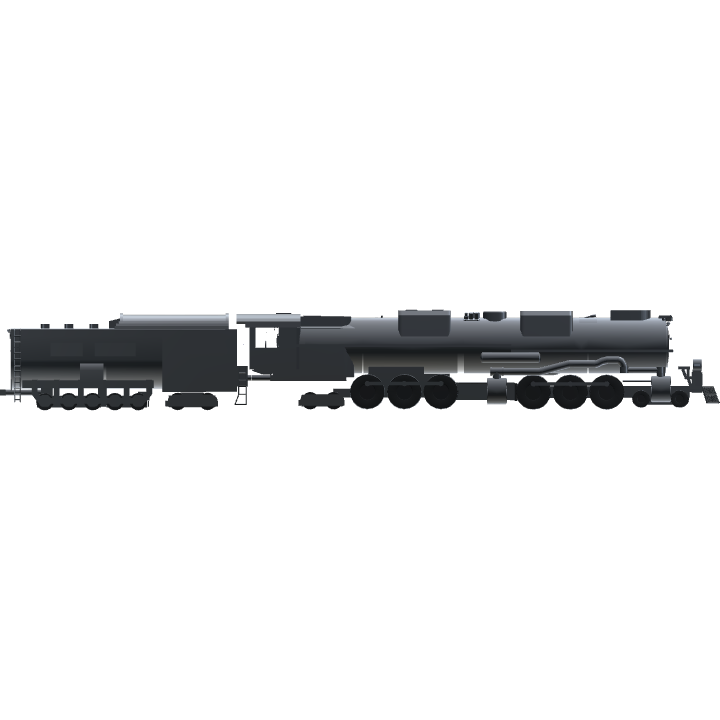 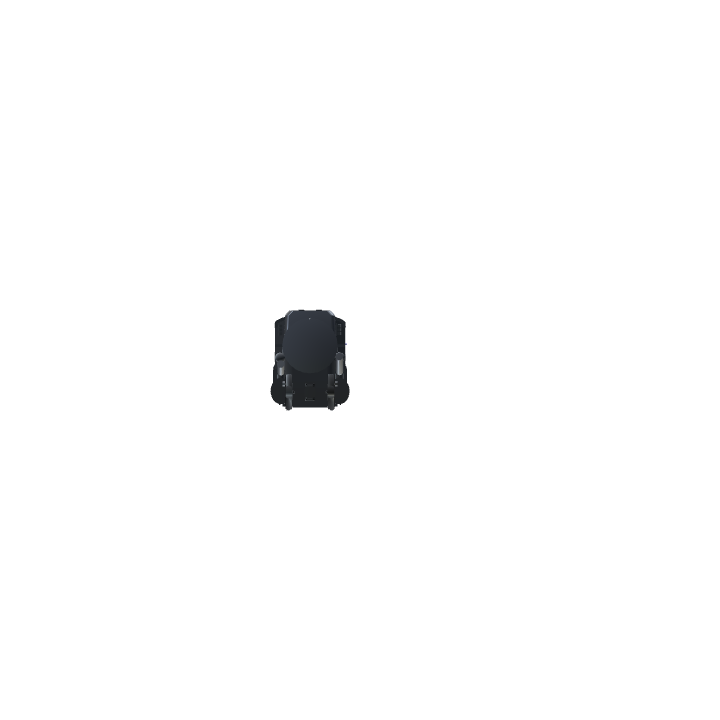