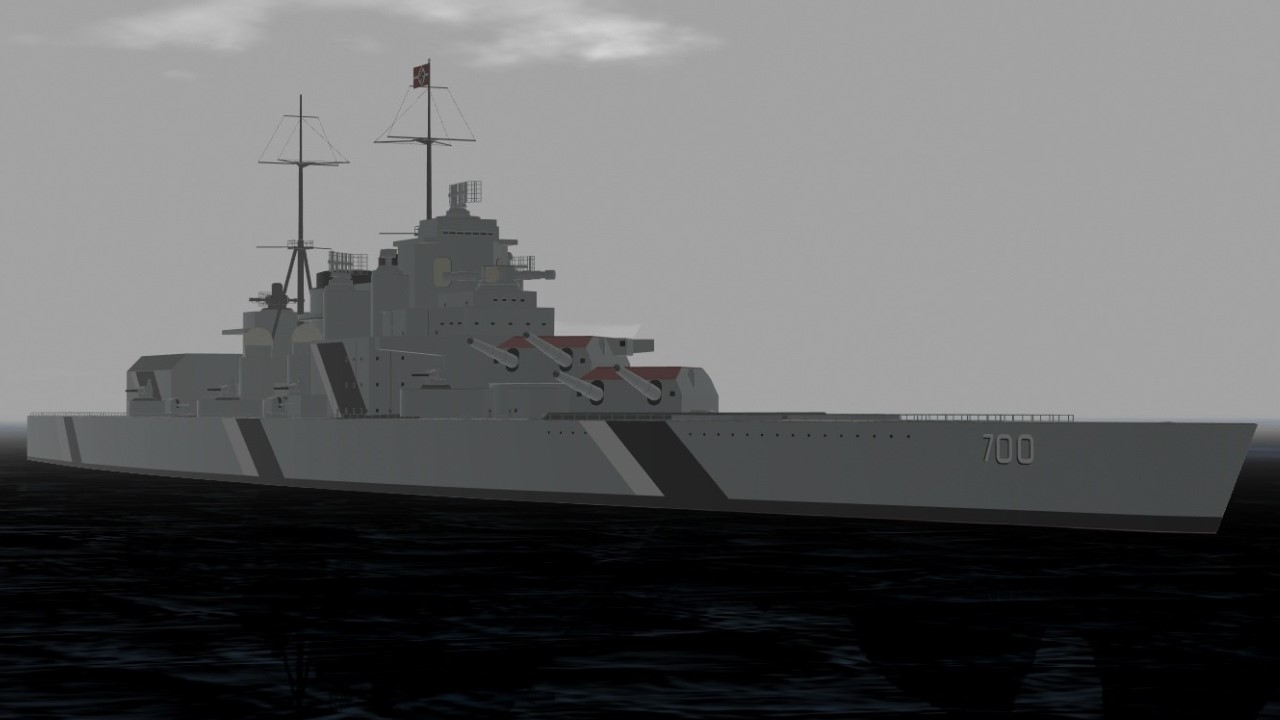 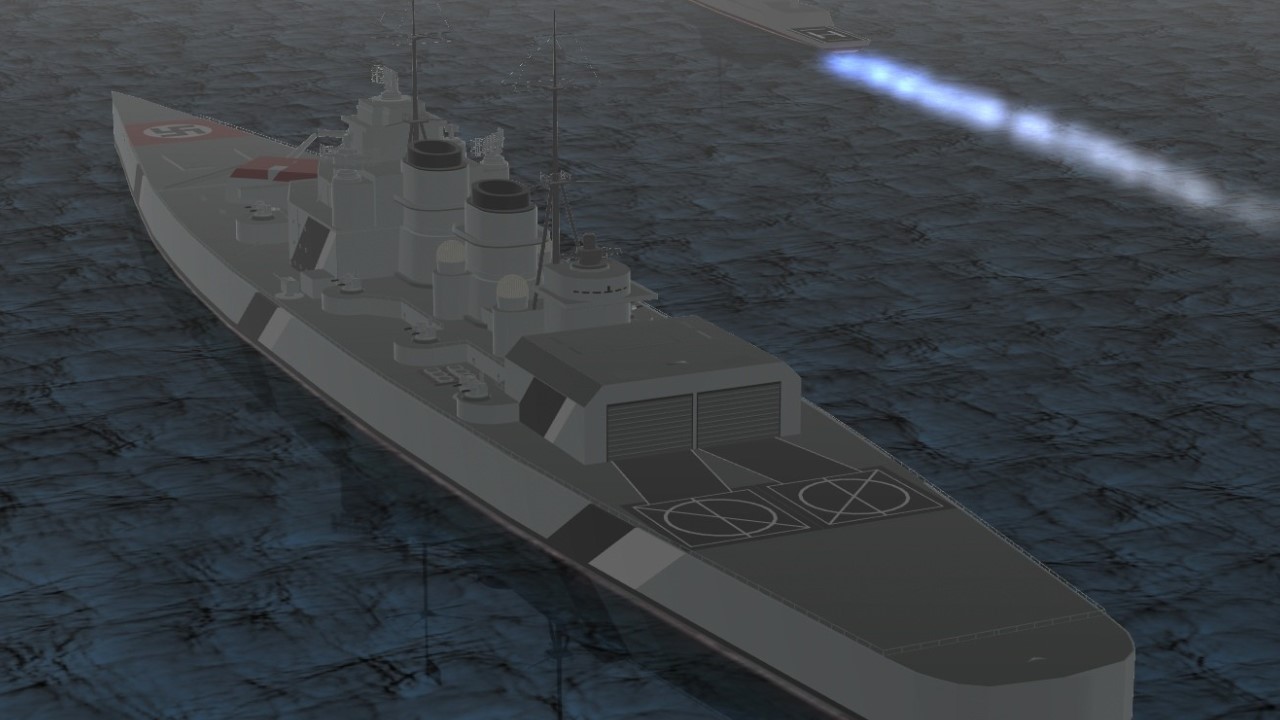 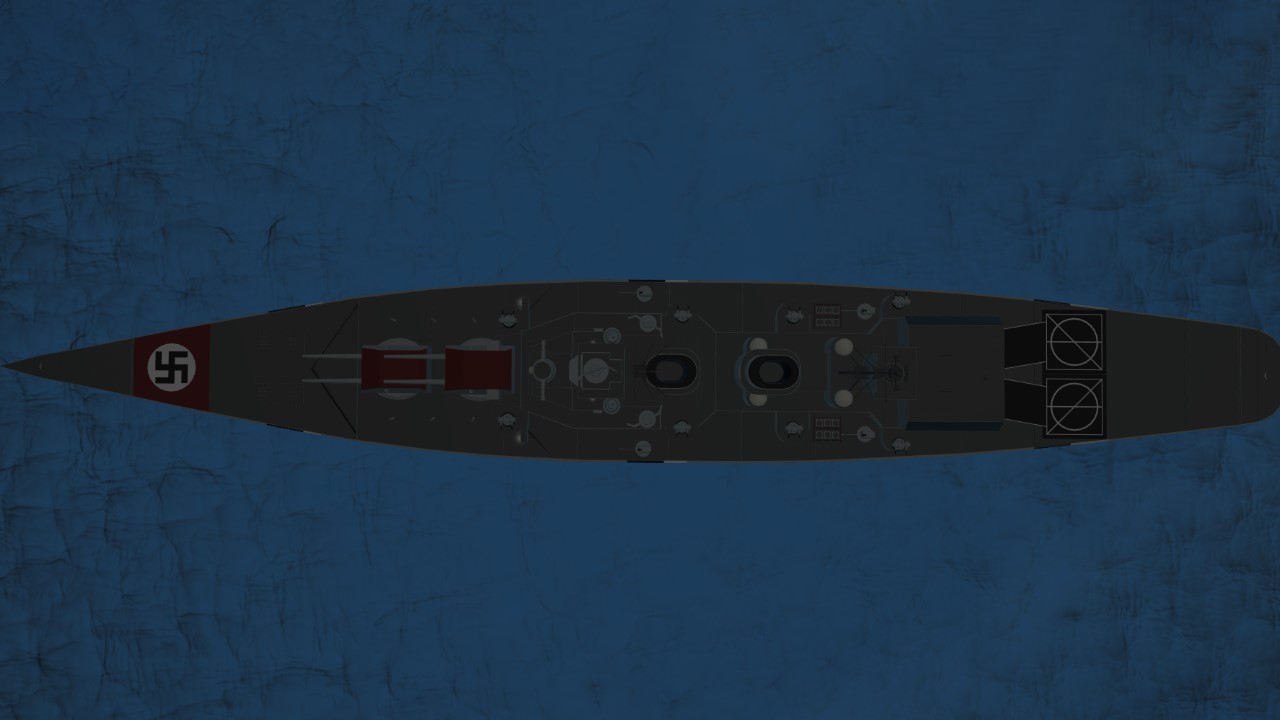 My First and, probably, the last Extremely large Battleship.

Corpse categorically welcomes you a month after the last Kraft - HAHC Königsberg.

This time, the ship again, only several times larger, so to speak, the flagship of my fleet. 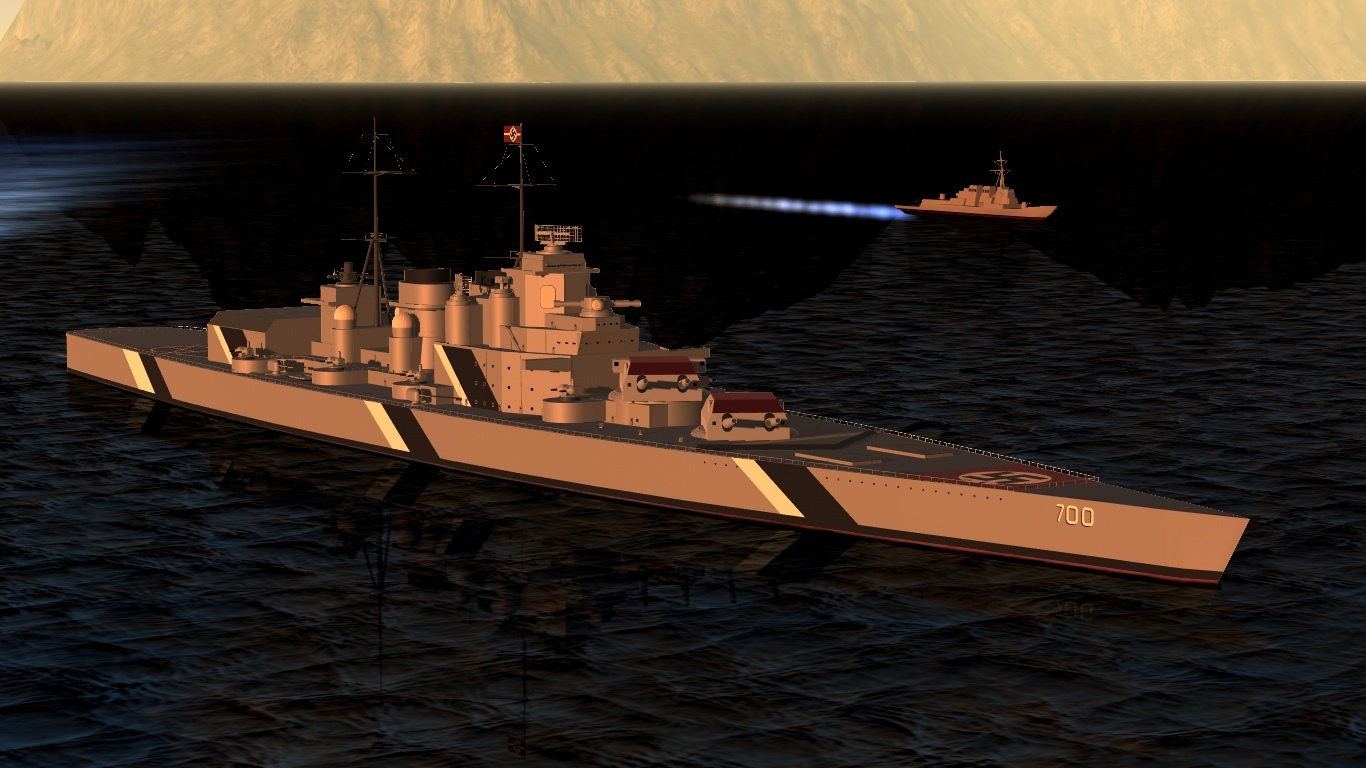 H-44M Ragnarøkkr: The super battleship "H" of the project, as we all know, is a German view of battleships, as well as scientific research / work on the above ships. 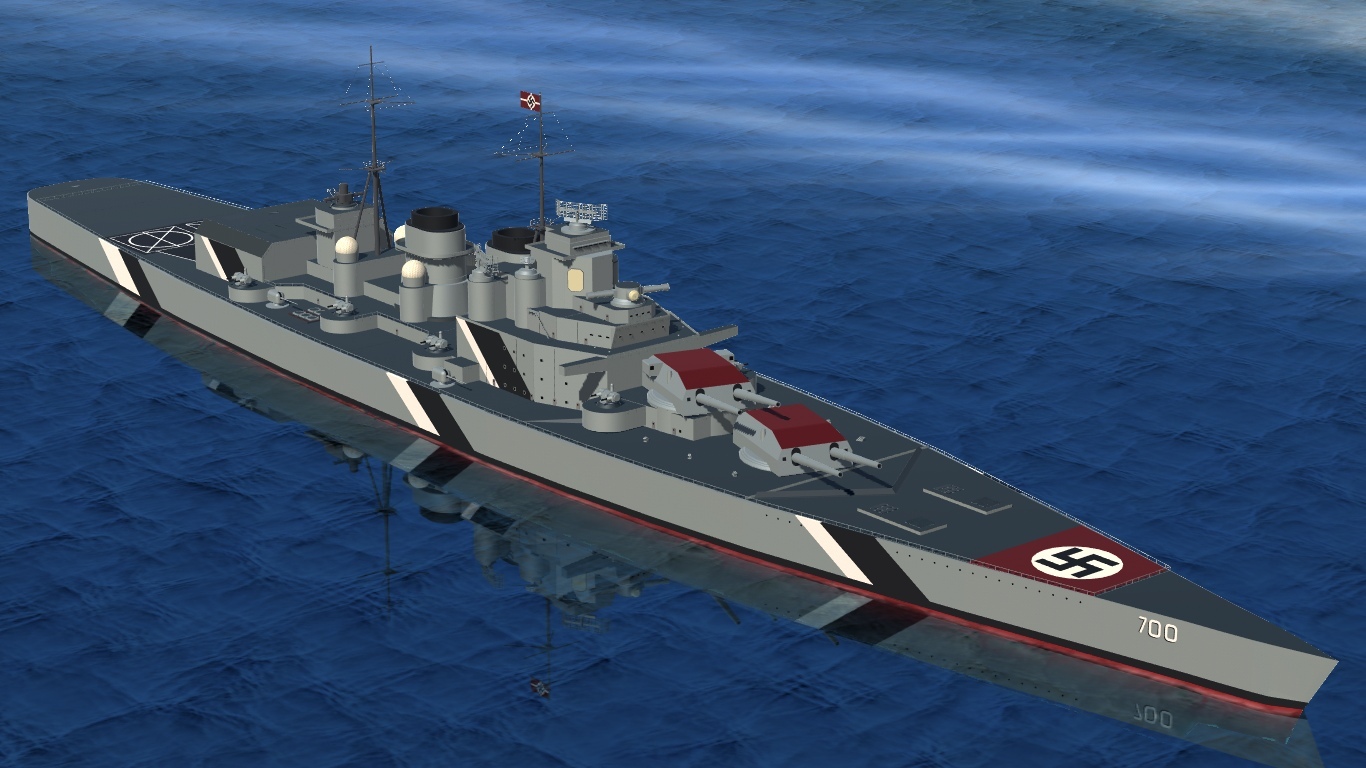 In my alt-history, such a ship was built by the Germans in 1950, a couple of years after the end of World War II, the result of which was the capture of all of Europe, the seizure of the territories of the USSR and the further exploitation of the population of the USSR and the use of its resources.
In 1990, the battleship was modified, why? Remember Iowa and its use in Vietnam (I could be wrong)
It's about the same here. 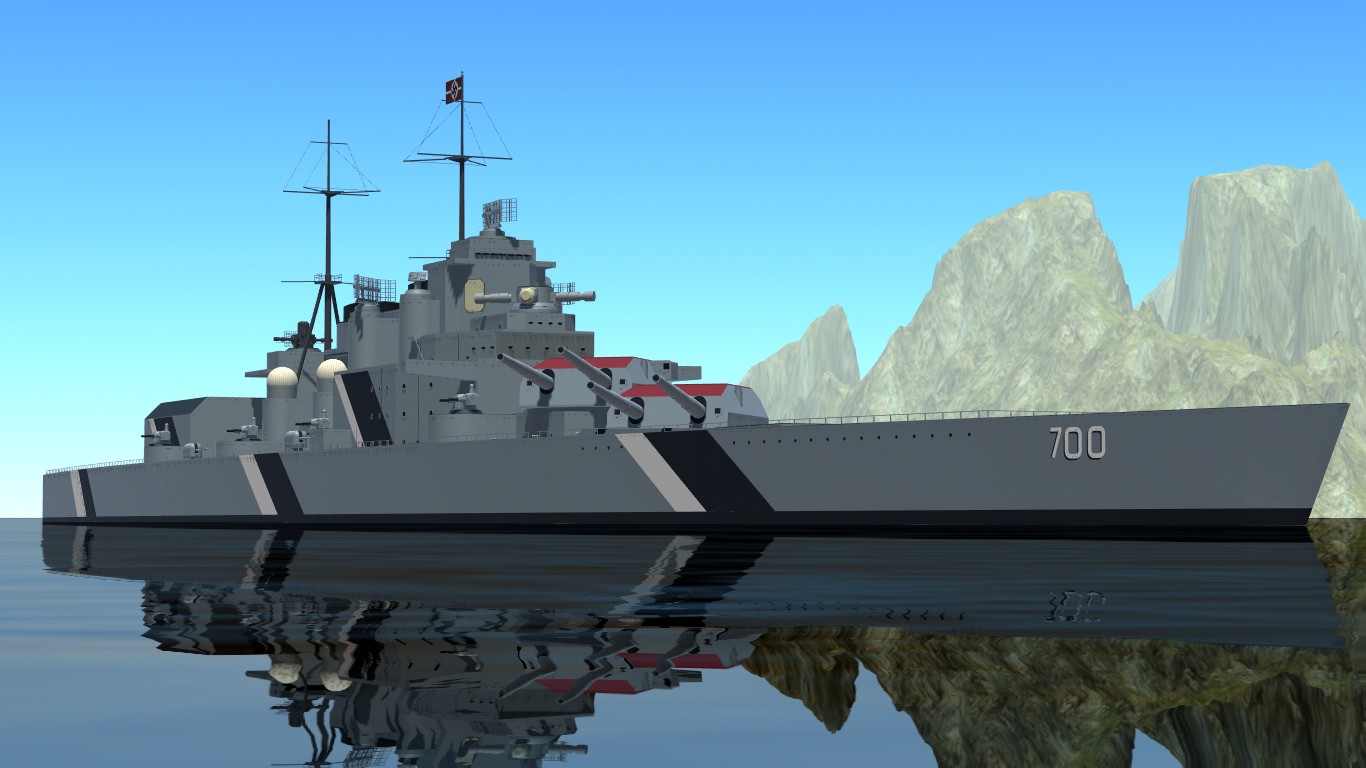 I must say the shortcomings of this building:

1) there is no control, it should have been on the VTOL.

2) There are no liferafts.

I apologize, my laptop is not corny pulling a battleship.

Universal guns: two 128mm automatic guns with a rate of fire of 60 rounds per minute.

Anti-cancer defense: eight 30mm anti-aircraft artillery systems with a rate of fire of 12,000 rounds per minute.

36 universal missile silos in the bow.

12 universal missile silos on board, armed with anti-submarine missiles to combat submarines.

The back of the battleship is equipped with a helipad, capable of receiving tiltrotoplanes and VTOL aircraft.

There are heat traps.

There are traps for torpedoes in the stern.

There is an Active phased array antenna.

Under the bottom is a sonar for detecting submarines.

Engines: Diesel and Combined-cycle power plant with a capacity of 340,000 horsepower. 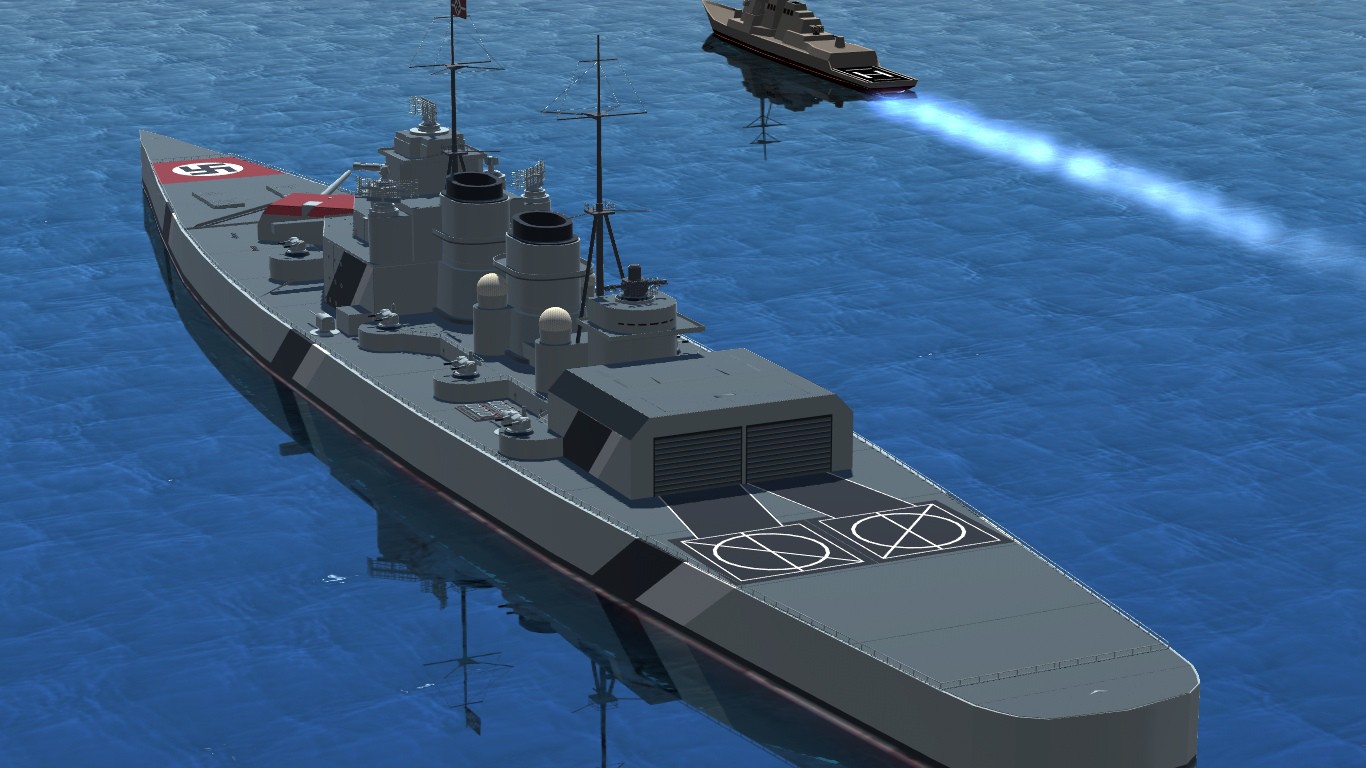 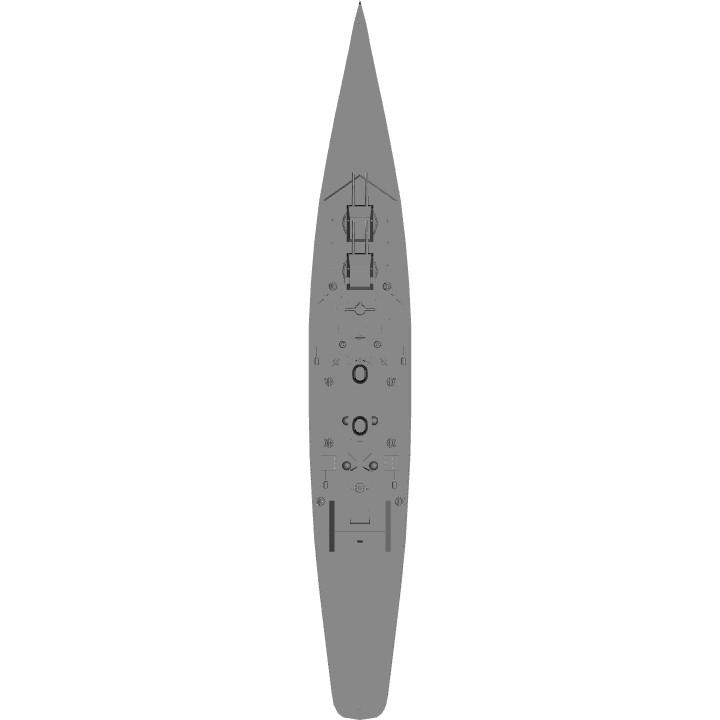 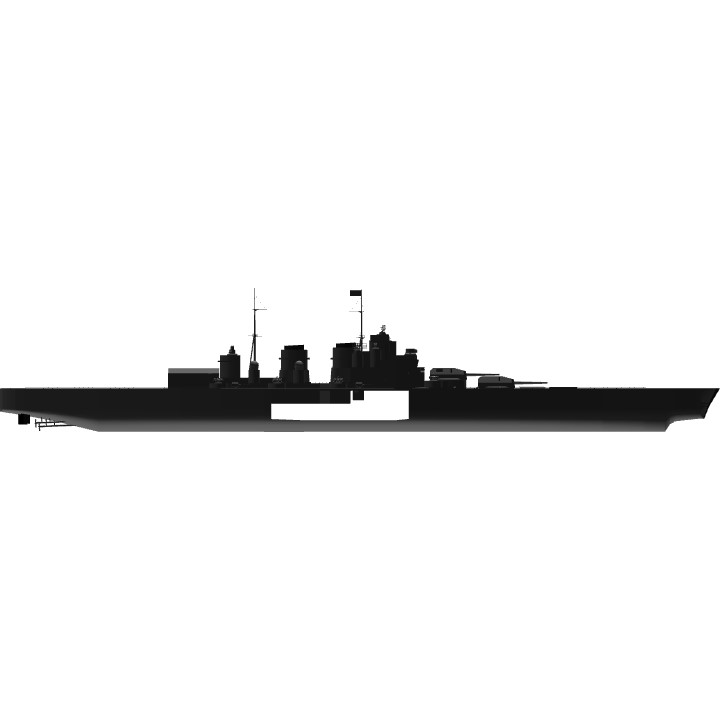 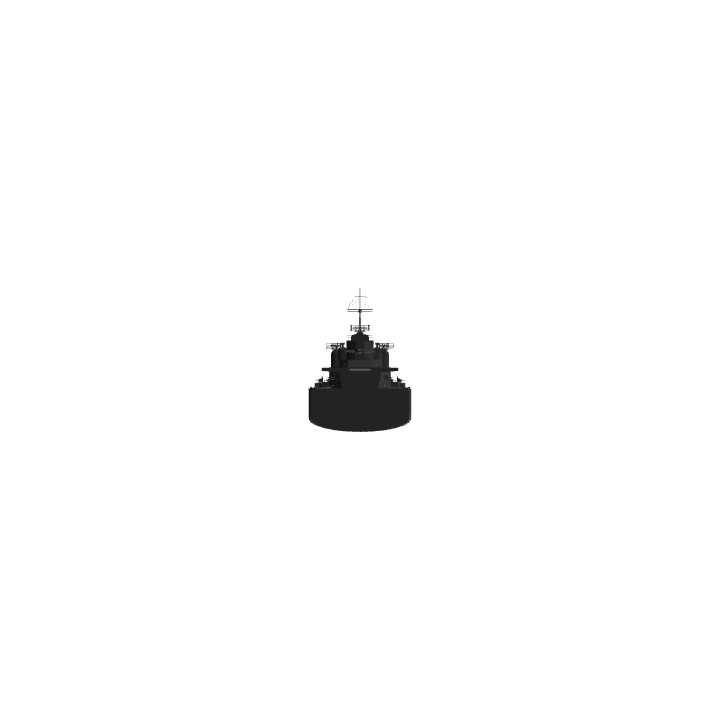