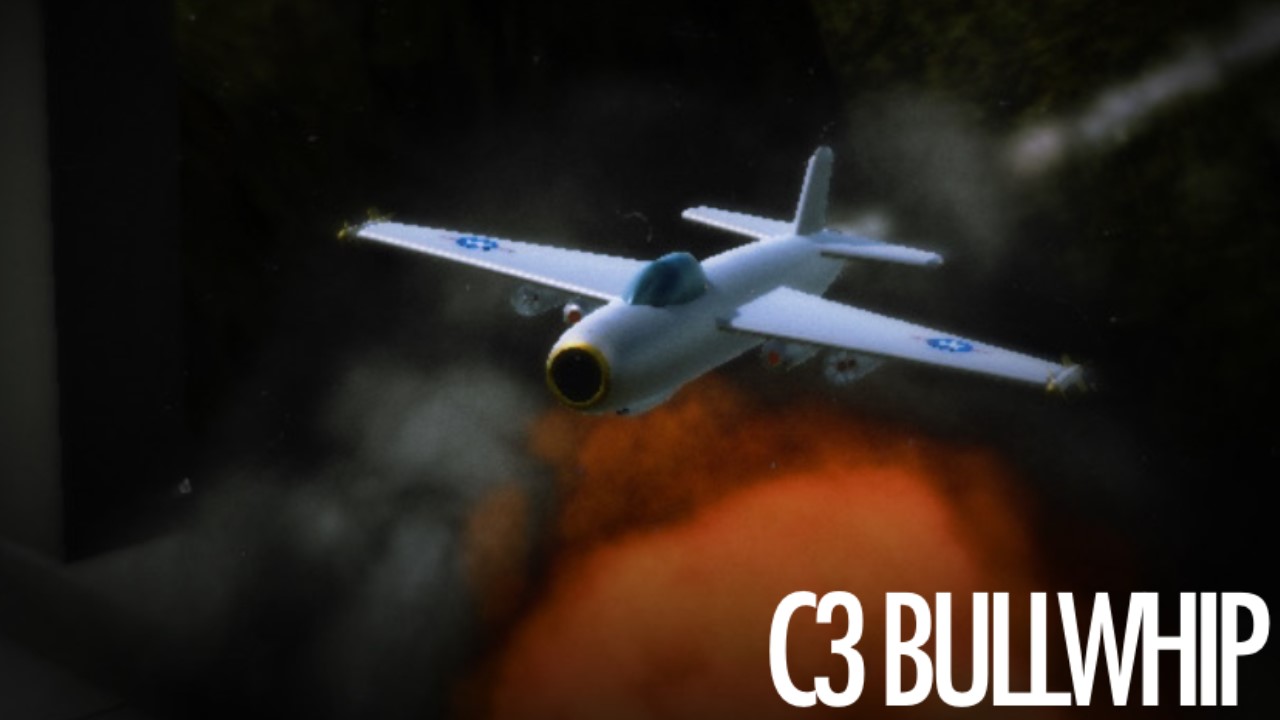 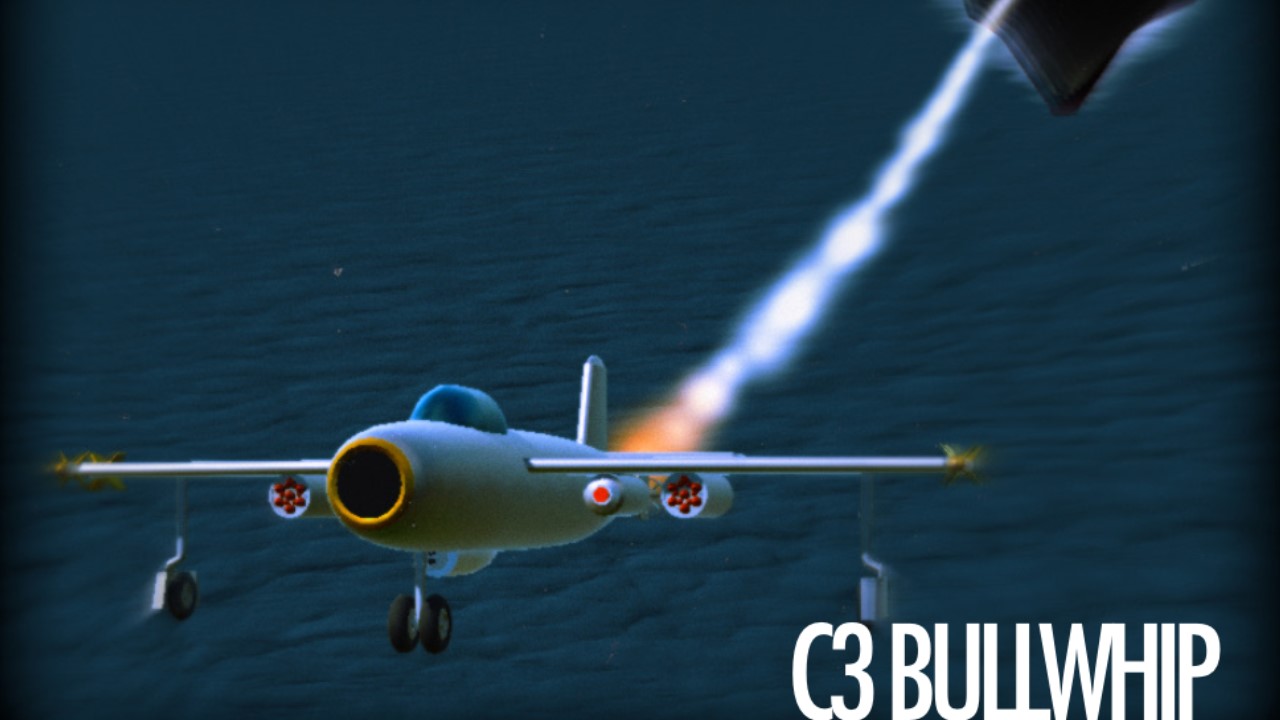 With jet aircraft taking rule of the skies, and the last remnants of societies propeller aircraft serving for attack purposes, The P-51 was still king of the air. The spot left bare from the removal of the P-47 Thunderbolt and the gaping hole left where a great attack aircraft once stood, LIA produced an attack/energy fighting aircraft.

Taken from the design of a thick body, to withstand more guided rockets and heavier caliber bullets, The C3 Bullwhip was born. Pilots soon came to love this plane, as it was like back being in the controls of the trusty P-47, but not subjugated to the controls of a sluggish prop aircraft.

On another note, to activate the smoke trail on the plucky lil’ aircraft, use the Smoke Trail in ground attack options.
WARNING: smoke trails cannot be turned off.

[Credit to my friend for the name.] 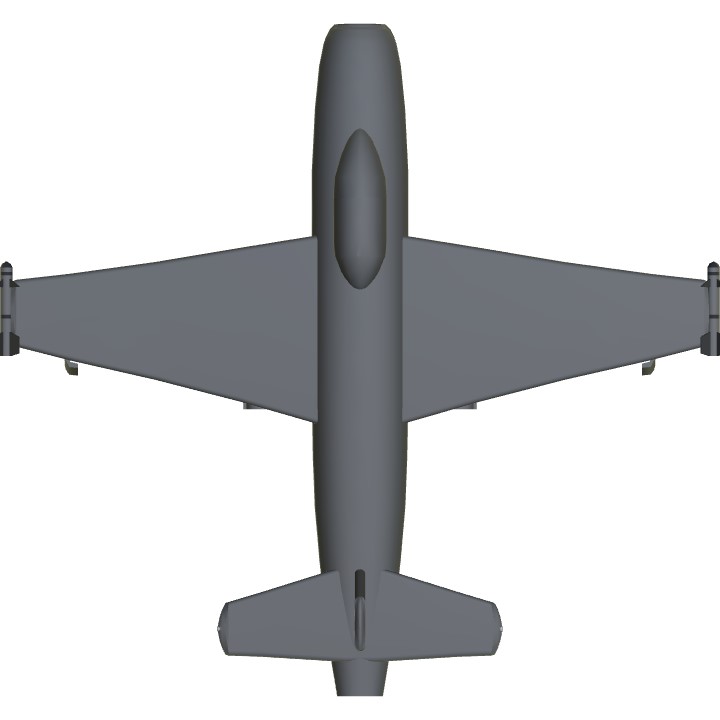 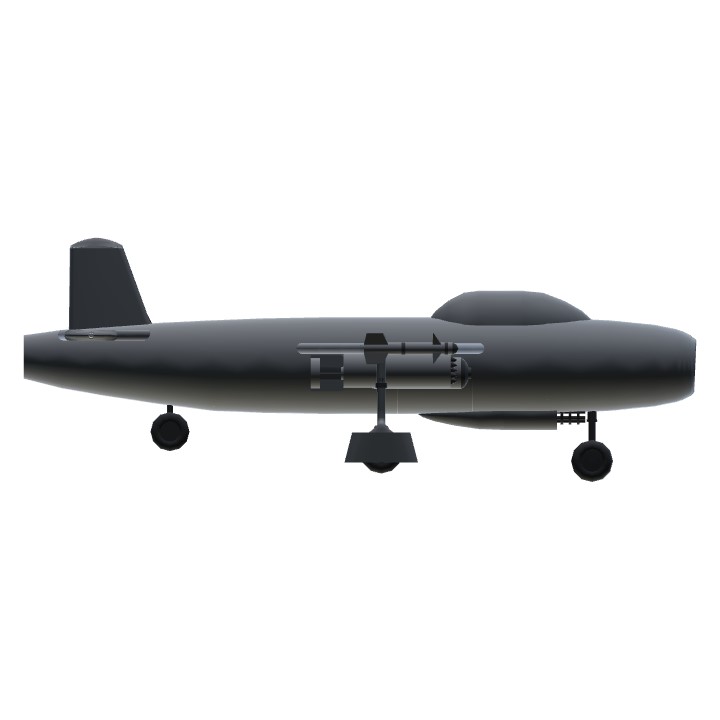 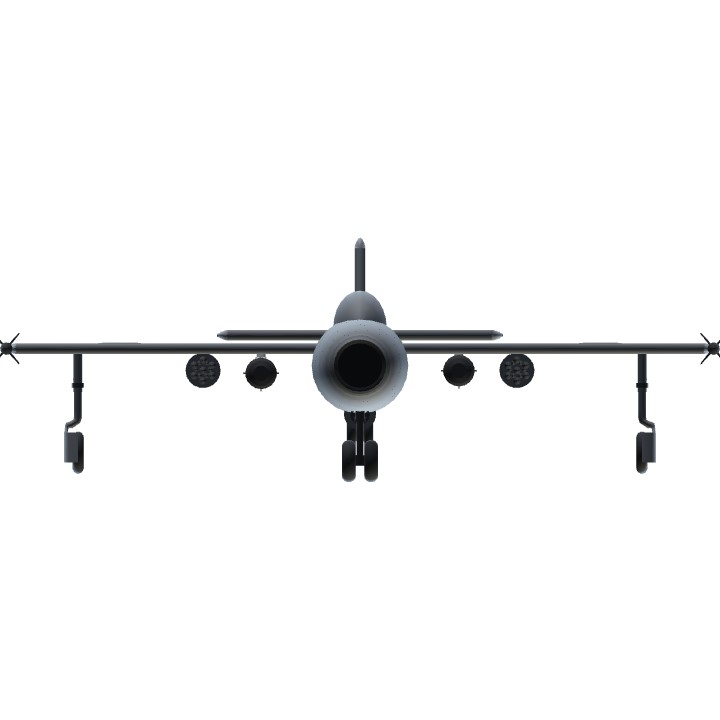