Quantitas PRIME
High-velocity rocket launcher. Launches cleaver warheads at very high speeds. Dumb rockets with aim assist.
1. Go to air-to ground, and select Cleaver
2. A very small reticle will appear, when the enemy is in it, a lock is instantly made.
3. When the enemy is in the reticle, launch a cleaver!

REFLEX Missiles
Augmented guardian missiles. Instantly lock, never miss, and have a 360-degree locking angle. They have a short range though. Select Guardian in your Air-To-Air weapons, and fire!

CORTEX Missiles
Augmented Interceptor missiles. Speed and accuracy have been improved. Select Interceptor in your Air-To-Air weapons, and fire!

AGRAV designs are vehicles that are extremely lightweight. The weight is kept unnaturally low, which gives AGRAV vehicles interesting flight characteristics. Acceleration is large, and the vehicle falls slowly in the absence of thrust – much like a feather. Such characteristics are perfect for a fighter, but until now, an AGRAV design could not mount a heavy armament.
Most commonly known by its codename, Sunburn, the Apertus Class fighter is the first dedicated AGRAV fighter to be designed by SPEcorp. While another SPEcorp fighter with an AGRAV hull, EXO – Orbis, previously existed, it was designed as a starfighter, and therefore wasn’t adequately suited for the niche that the Sunburn fighter would eventually occupy. To fill the AGRAV fighter niche, SPEcorp began an ambitious project in partnership with Laevitas Corp, a firm that specialized in AGRAV designs.
The airframe combines aspects of Laevitas’s debut AGRAV racer as well as SPEcorp’s Rapiditas AGRAV Racer. It is, however, heavier than an average AGRAV vehicle. Weighing around 500 pounds, the fighter exhibits faster drop rates than its racing counterparts but experiences no drawbacks in acceleration. Maneuverability, though, was intentionally decreased for user-friendliness.
While the airframe is certainly noteworthy, the Sunburn fighter’s weapons are of even greater importance to the design. For air-to-air combat, the fighter is exceptionally powerful long-range, and unstoppable at short-range. Long-Range confrontation utilizes the fighter’s CORTEX missile systems, which fire missiles that rarely miss. Short-range confrontation features the fighter’s REFLEX missiles in an extravagant display of completely unhinged combat. High speed and maneuverability combine with the fighter’s rapidly-firing REFLEX arrays to form the fighter’s dominant strategy for air-to-air combat – domination in close combat.
Air-to-Ground combat is accomplished almost exclusively by the fighter’s Quantitas PRIME weapon, the successor to the Quantitas Launcher. The mechanics of Quantitas PRIME differ heavily from its successor. The weapon exists between a cannon and launcher due to its high-velocity warheads. Additionally, an aim-assist function was added to the weapon – Quantitas PRIME is programmed to only fire at valid targets that have been correctly aimed at.
Finally, the Sunburn fighter has advanced gun-based weaponry at its disposal, in the form of two Pulse Gun variants. Its primary weapon is the Low-Yield Alternating Repeater (LY-AR), which fires pulses of energy at an accelerated rate. LY-AR guns are best used for dealing damage over time – particularly in air-to-air combat. Secondary to its gun-based arsenal is the High-Yield Energy Cannon (HY-EC). The cannon fires highly charge pulses of energy at a comparatively low rate, which can inflict massive instantaneous damage. 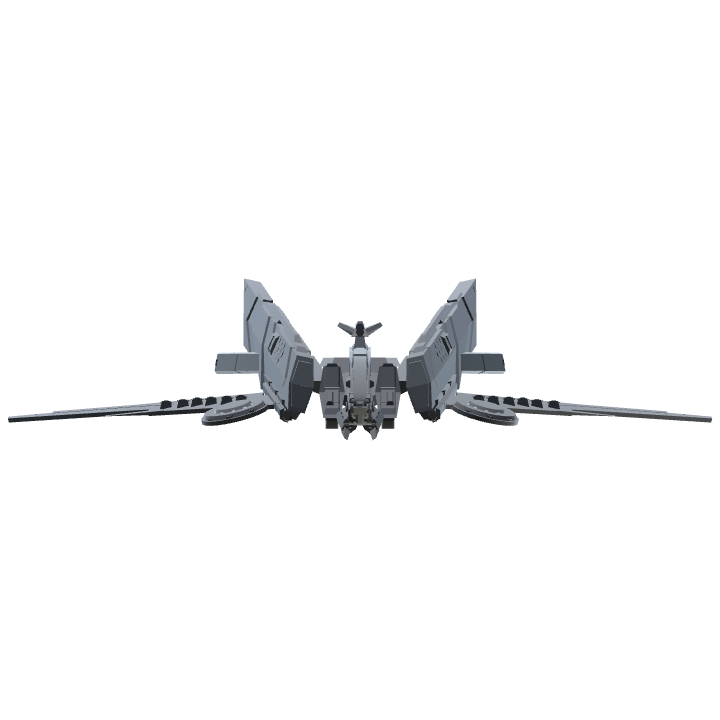