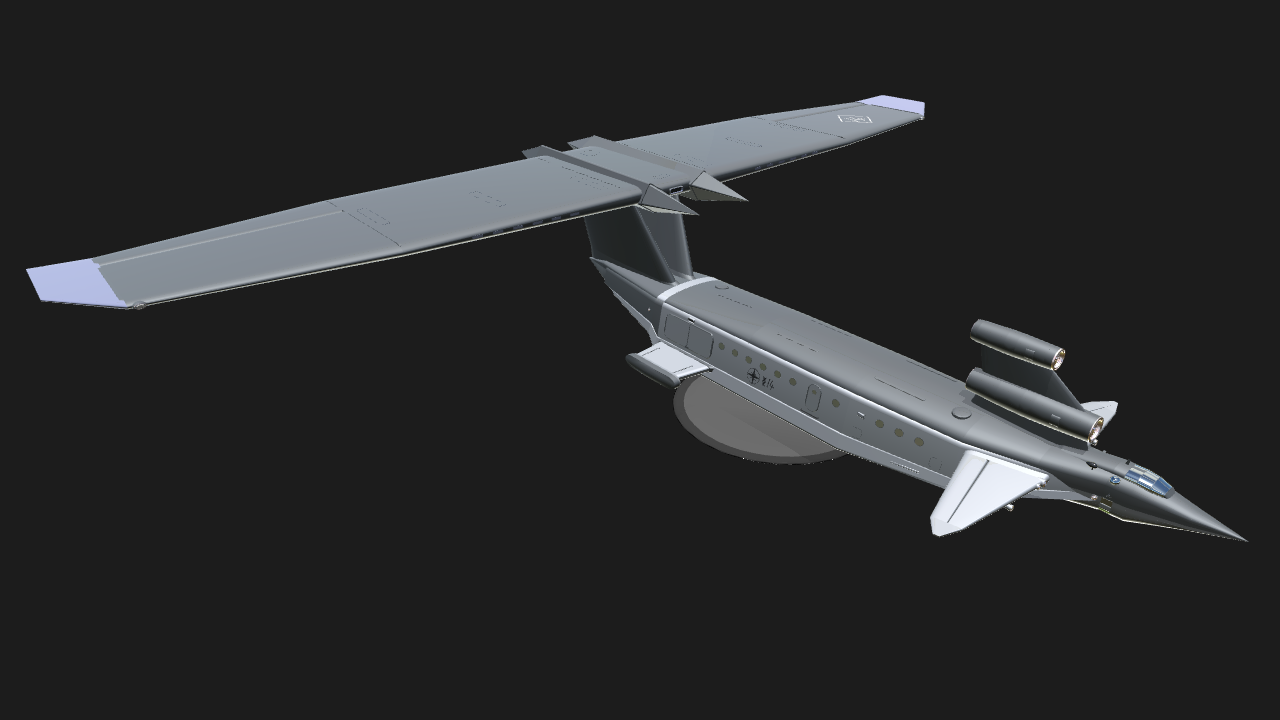 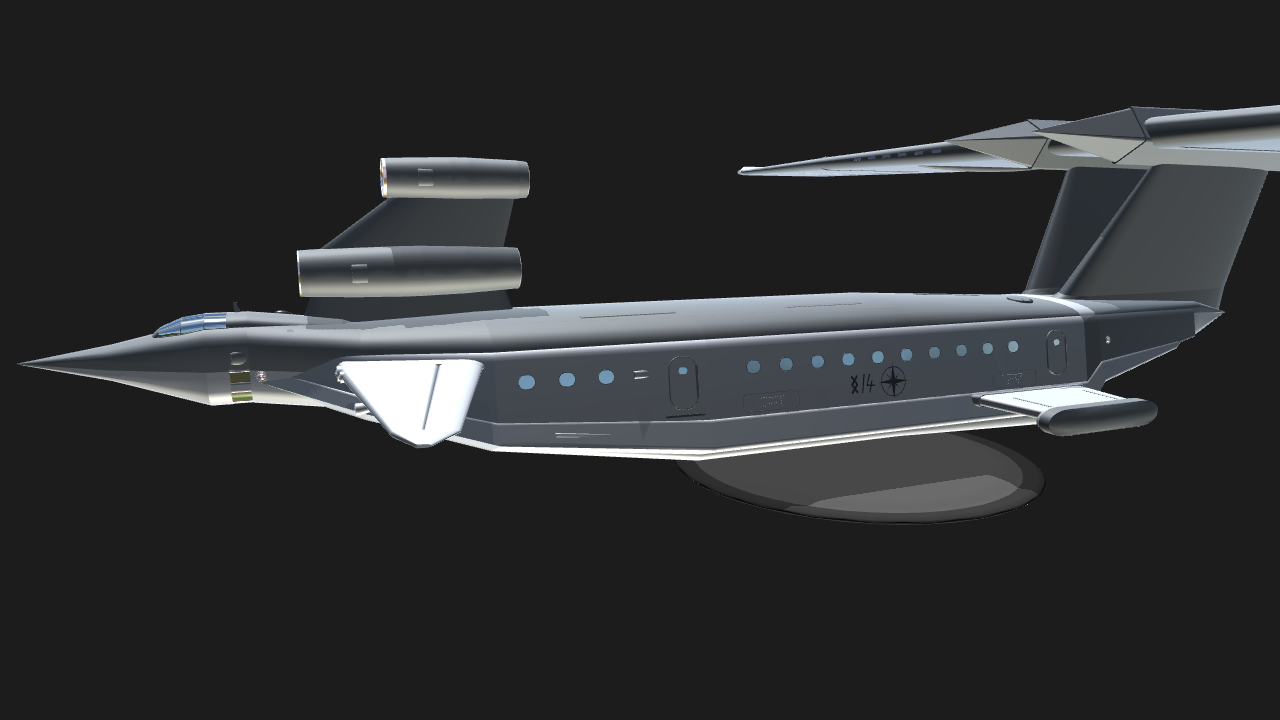 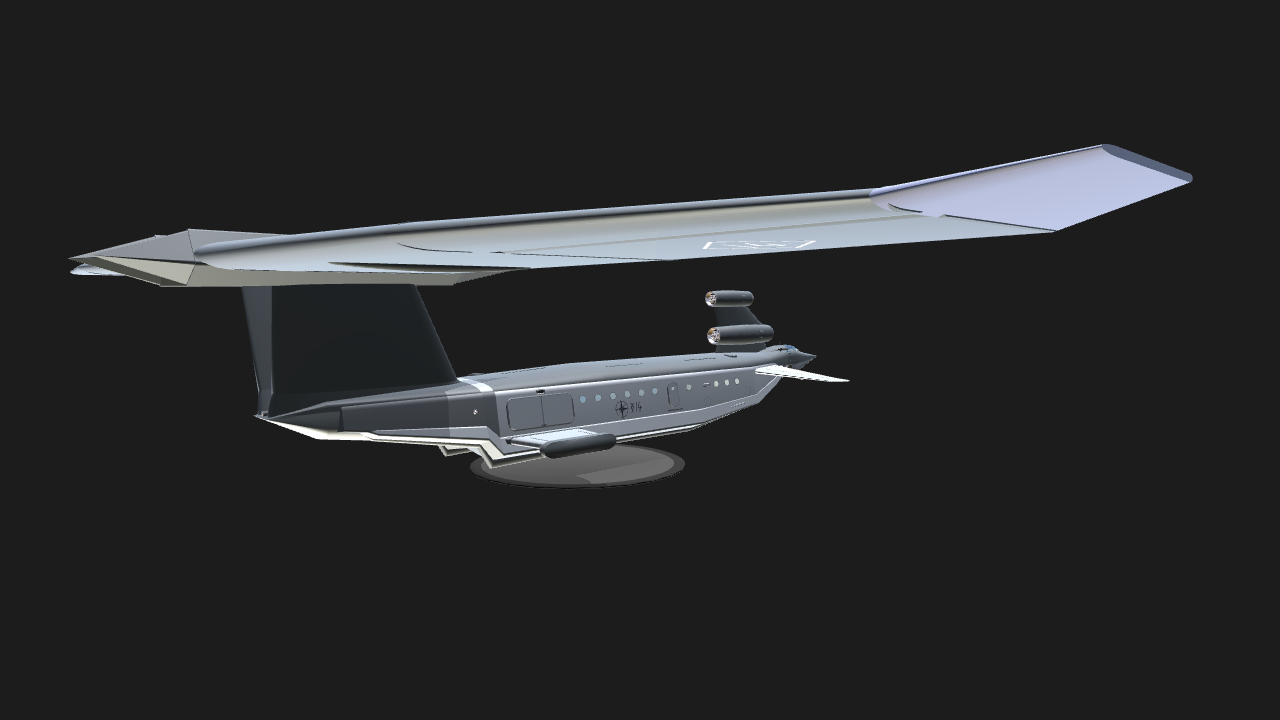 AG1 on to enable main propulsion. VTOL down half way to set canards in “Extra Lift” position. Apply full throttle and pull up during take-off run. Unstick occurs at 260mph TAS. Once airborne, VTOL centre to move canards to normal setting.

Maintain full throttle for climb, or throttle back and set trim as required. Long flights are carried out at about 20,000ft. Note that pitch authority is strong for take-off and landing; use gentle inputs in normal flight or use throttle and trim for altitude changes.

Use 10% Throttle for final descent with VTOL fully down. Maintain 10% throttle until touchdown then throttle off. VTOL up fully to engage braking thrusters.

Built by Brent And Victrix Shipwright Company Southwest, with help from Salvage group 9.

His Majesty's Aircraft “Longest Course” fulfills the on-going requirements for large, long range aircraft that can carry passengers, cargo or troops as required. Built from the salvaged hull of an Ekranoplan of unknown origin, the craft will operate as part of the “All Points” initiative to equip the fleet with fast, long range transports serving ports that have limited facilities.

Large-scale weirdness this time. This is a mashup of 2 pictures I saw a long time ago, so mostly from memory, of a huge flying boat with engines on a front fin, and the other a small canard glider with high wings on a V tail arrangement. The end result is....errrr..... 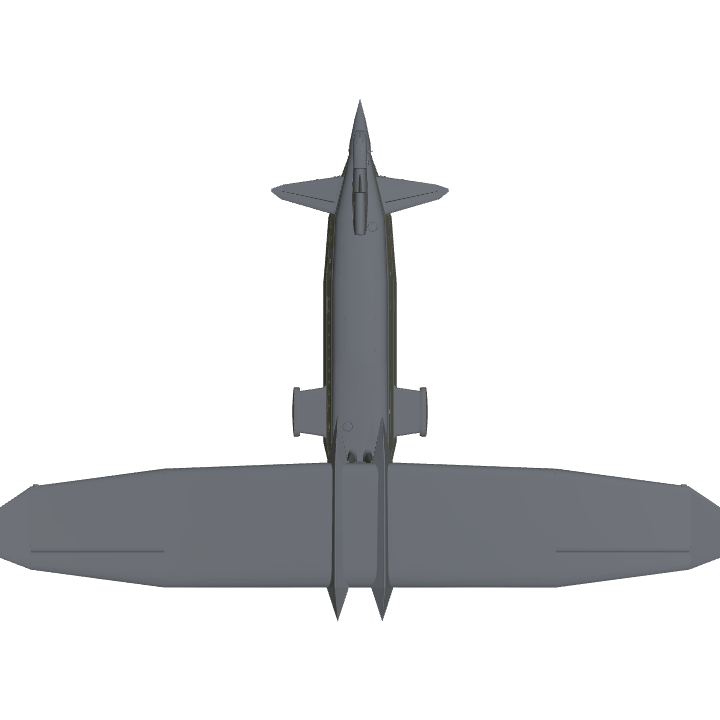 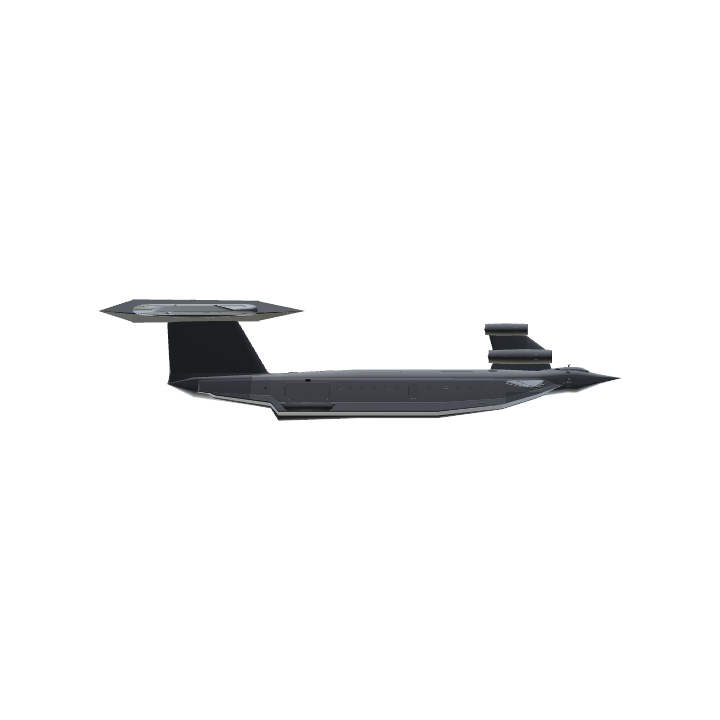 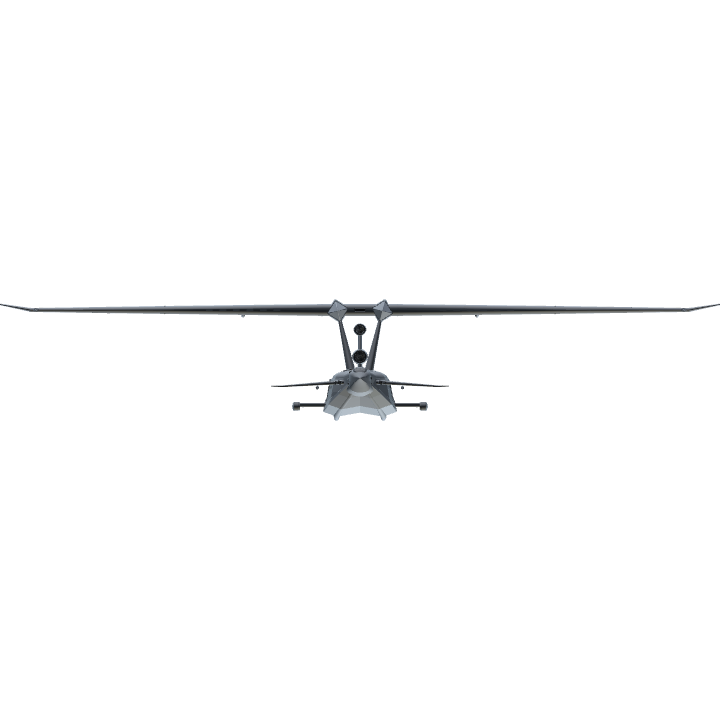