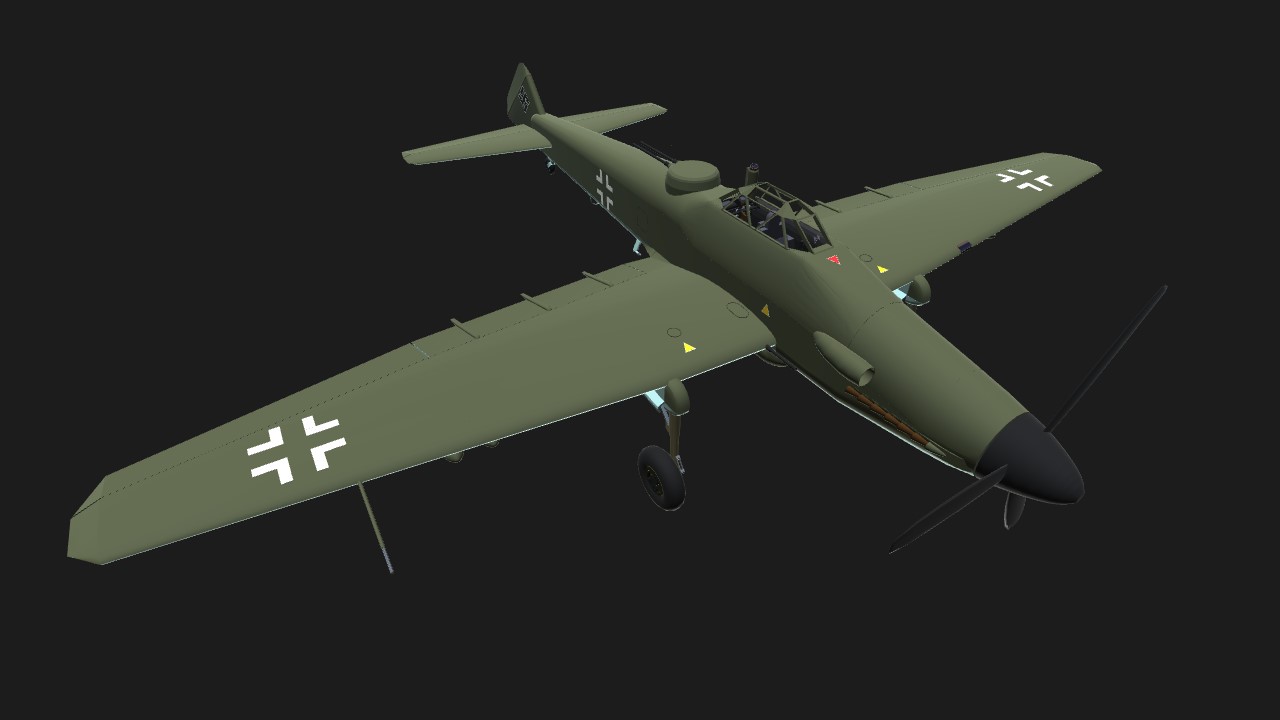 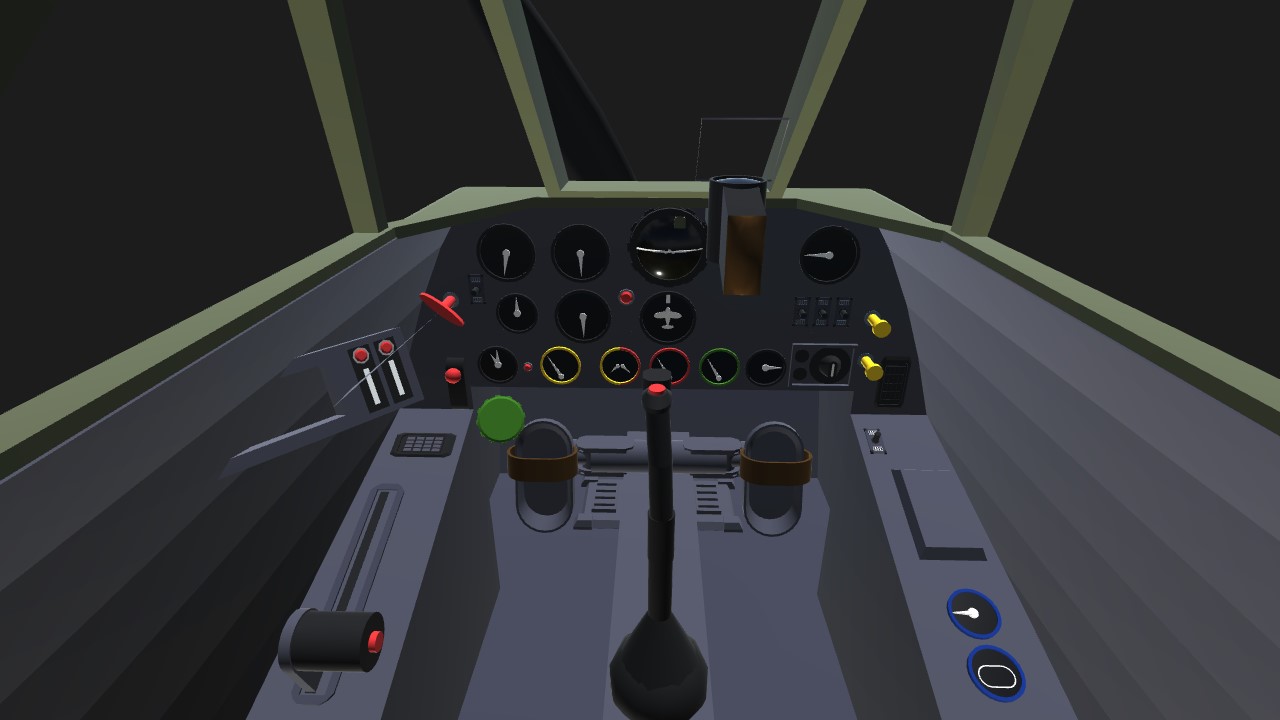 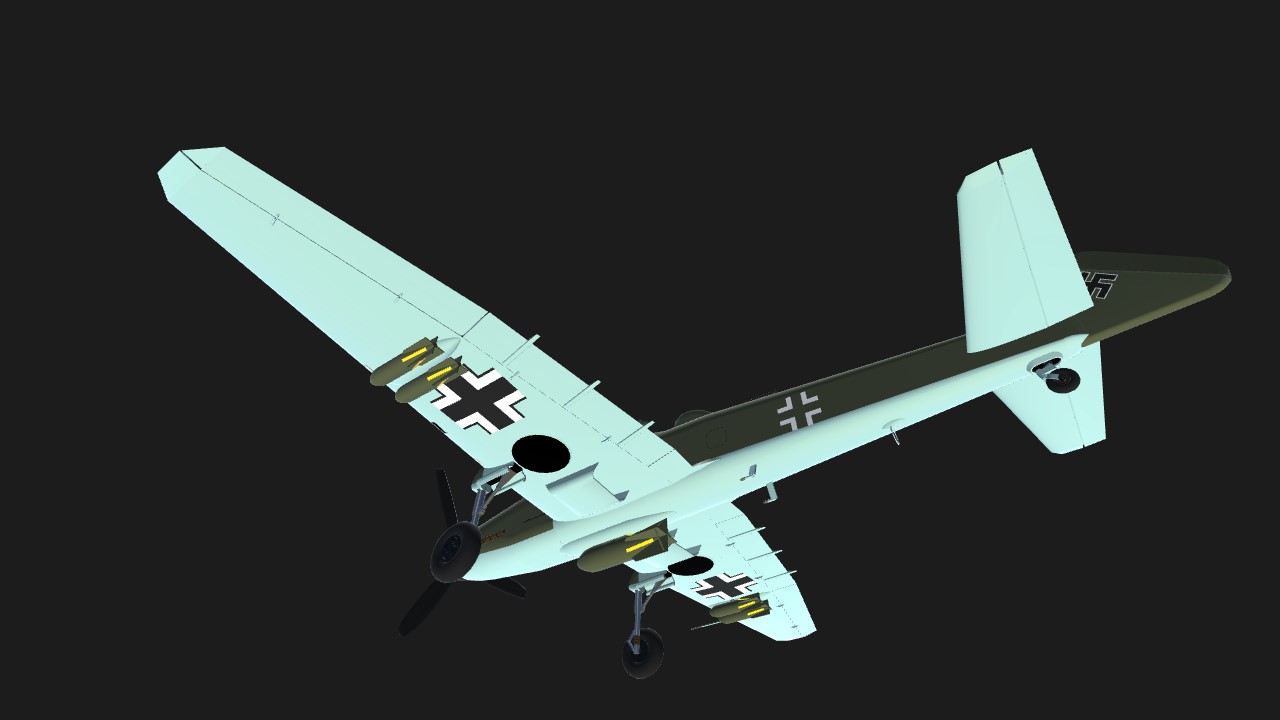 Designed to replace the Ju-87 after the Battle of Britain. Project eventually cancelled in autumn of 1943. For more info, check out my forum post HERE.

Comparing mine to the original wartime scale model.

Comparing mine to the original full scale mockup.

After about a year of research of squinting at old photos, scouring the internet for info, plenty of guessing and trial an error. I believe I've made the most accurate model of a Ju-187 since 1943. However it is still far from perfect. If I were to build it again (for the 7th time) I would change the wing geometry, decrease main landing gear track width, numerous changes to the flight model, and add more functioning stuff to the cockpit. 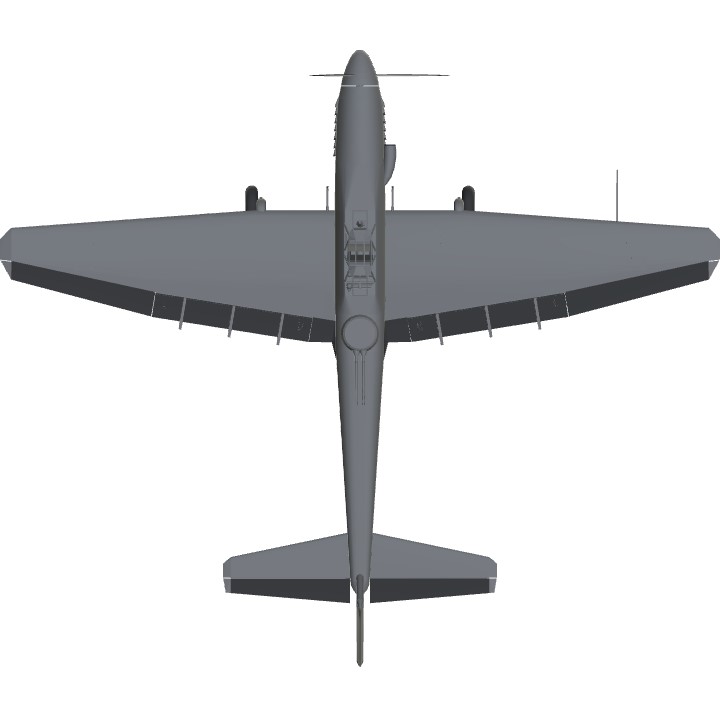 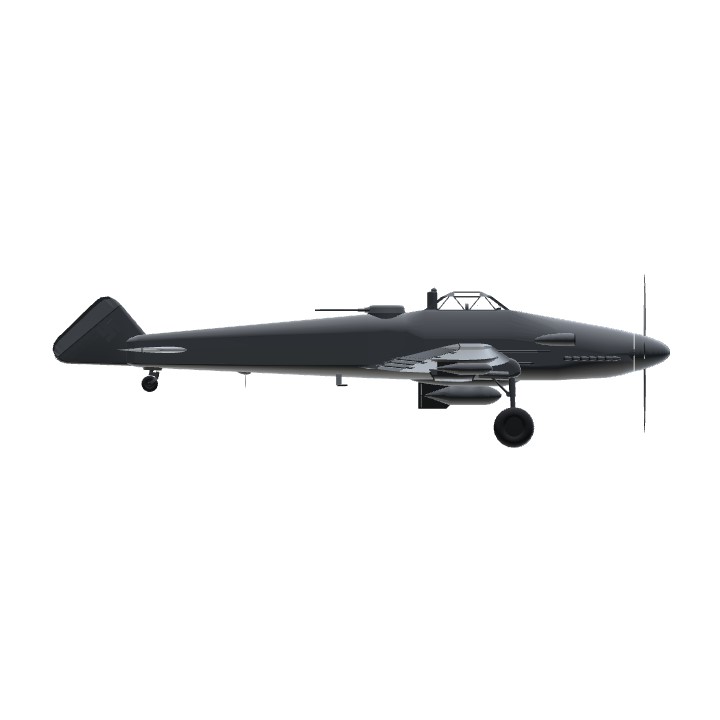 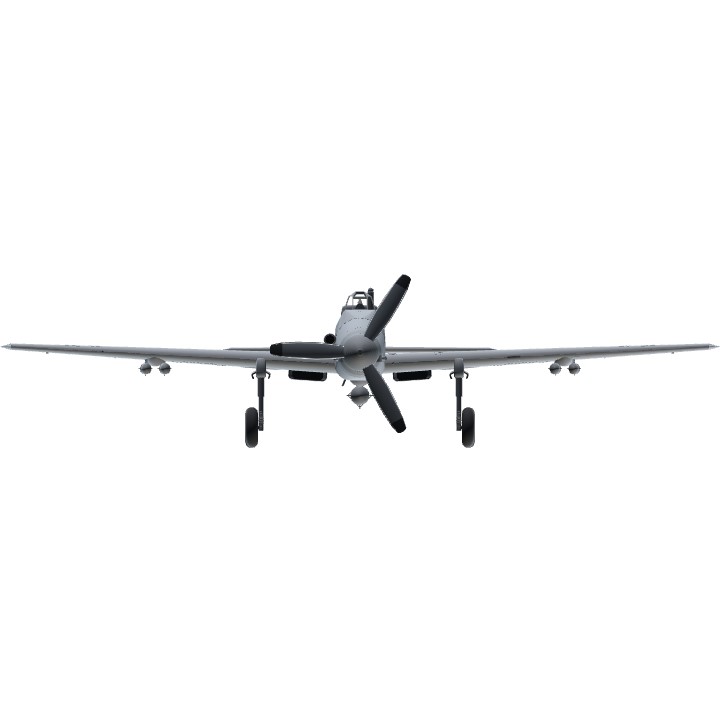