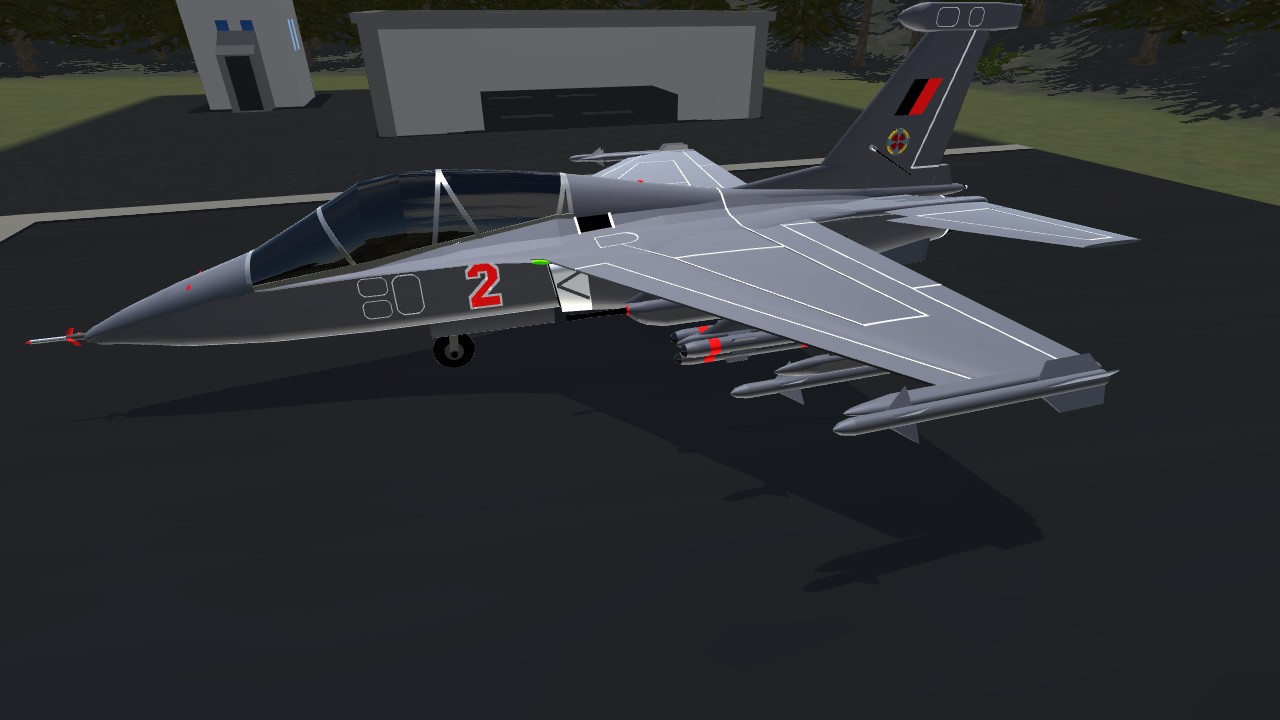 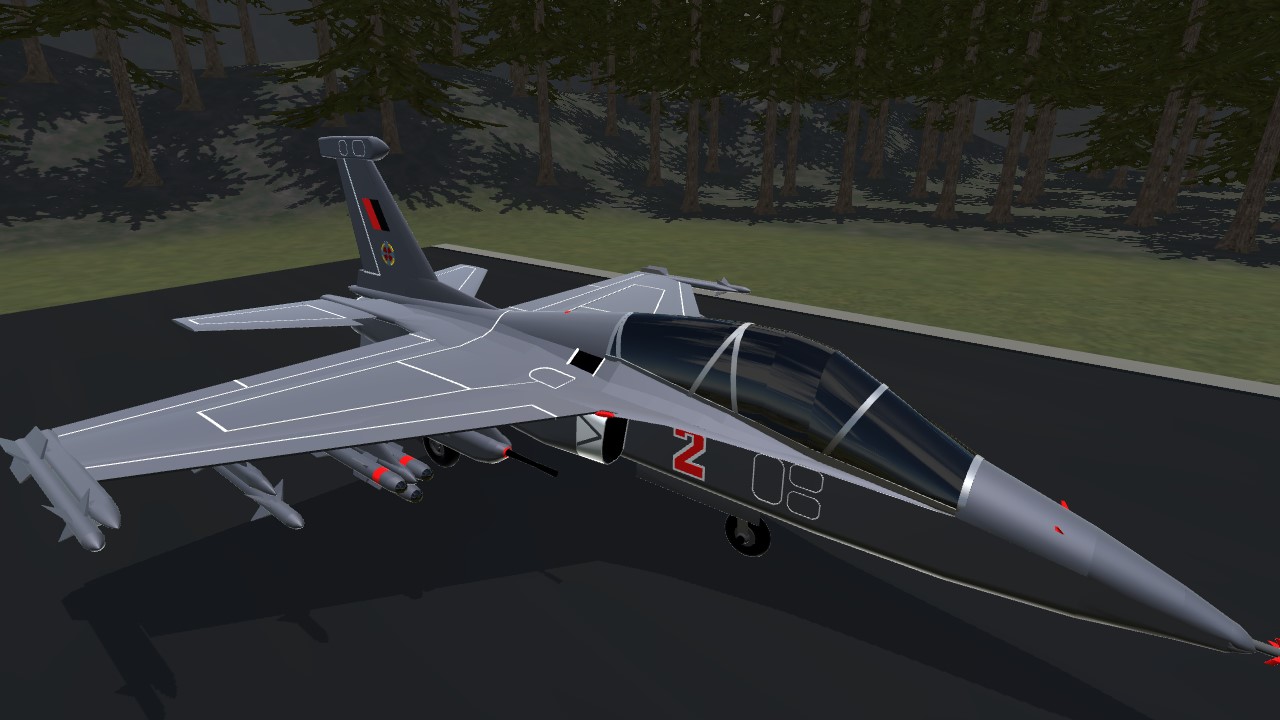 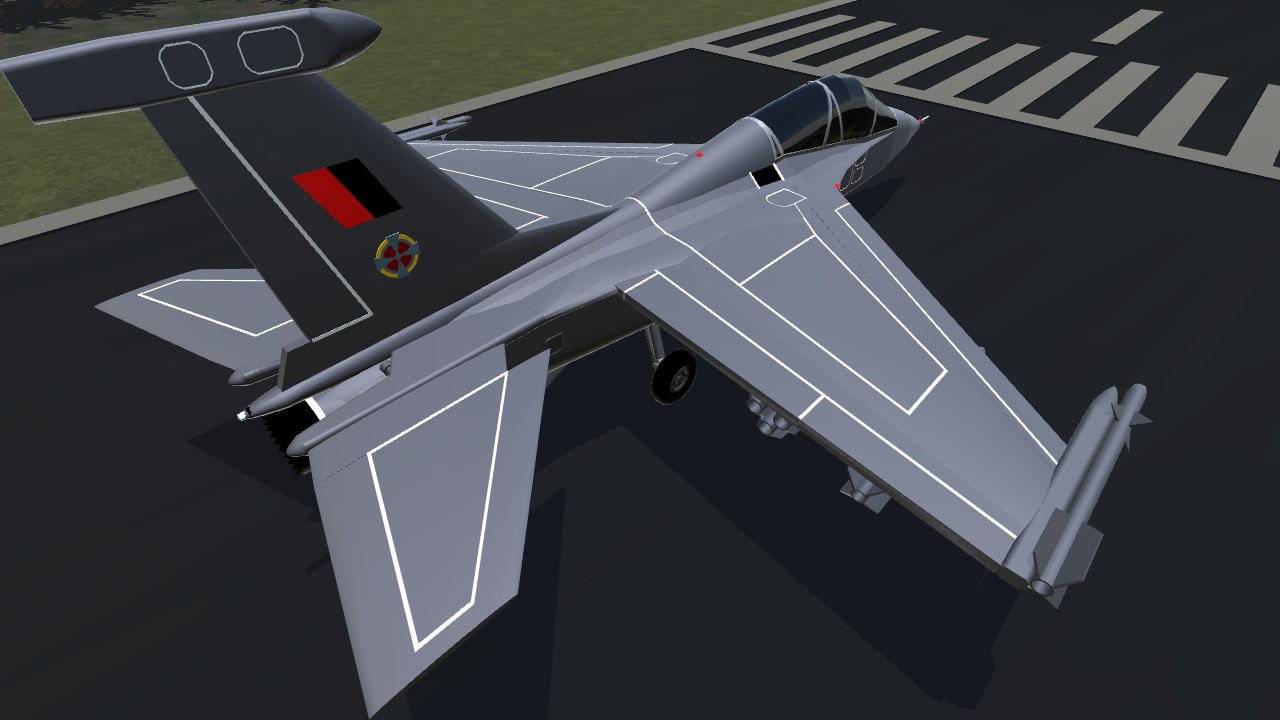 M.Corp T-4 was developed as a replacement for aging T-3 trainer. Request for the new trainer was referred to as Project T/LAP. The plane follows a trend set by Yak-130 and EADS Mako, of trainers being more similar to the main combat aircraft, and being fully combat-capable. Another requirement of Project T/LAP was supersonic flight. M.Corp Air Force experts believe that a pilot must learn how to handle supersonic aircraft during the training.

M.Corp T-4 is an all-composite, monocoque, supersonic jet trainer and attack aircraft. It features a retractable tricycle landing gear, all-moving tail, and twin cockpit. Its large canopy is hinged on the right. T-4 is designed to operate from short, unprepared runways, having huge leading edge slats, flaps, and very rugged landing gear. Cockpit and engines are armoured against rifle calibers up to 7.9mm to provide protection from the ground fire during CAS missions.
The range of T-4 is 1300km with 1500l of fuel in internal tanks. It can be extended to 2000 by adding two 500l drop tanks under innermost pylons. Plane is provided with open architecture system and quadruple fly-by-wire capable of simulating performance of most of M.Corp aircraft. It supports all types of air-to-ground ordnance up to 500kg (maximum load of the two inner pylons), IR homing missiles, gun pods, targeting pods, and electronic pods. ECM suit is integrated into a tip of the tail fin.

Operation manual
Air to ground:
-Keep the target in the red square in the cockpit view;
-Don't launch if the target is above the red square.
Air-to-air:
-Hunter missiles have 180° lock field of view. They are almost fire-and-forget;
-Hunter can acquire target as soon as it is in the range of your sensor.
Free flight:
-Activate group 5 to jettison weapons on the runway. It'll reduce mass of the plane by over 2000kg, making it a lot more maneuverable;
It is recommended that you jettison ordnance before landing if you haven't spent them. 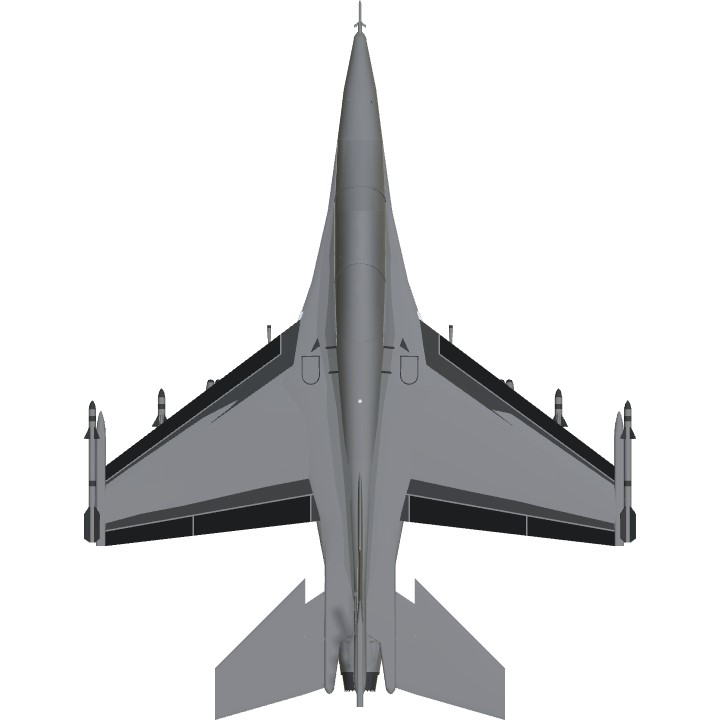 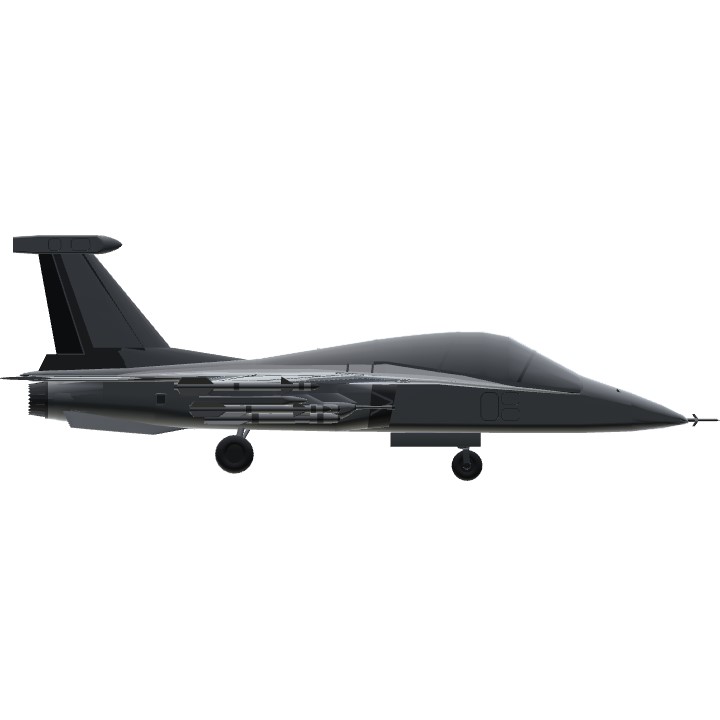 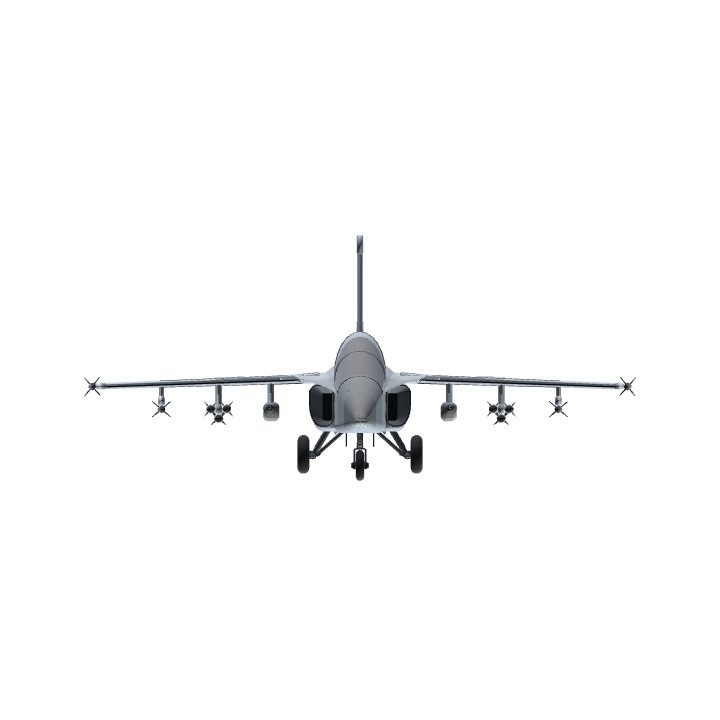