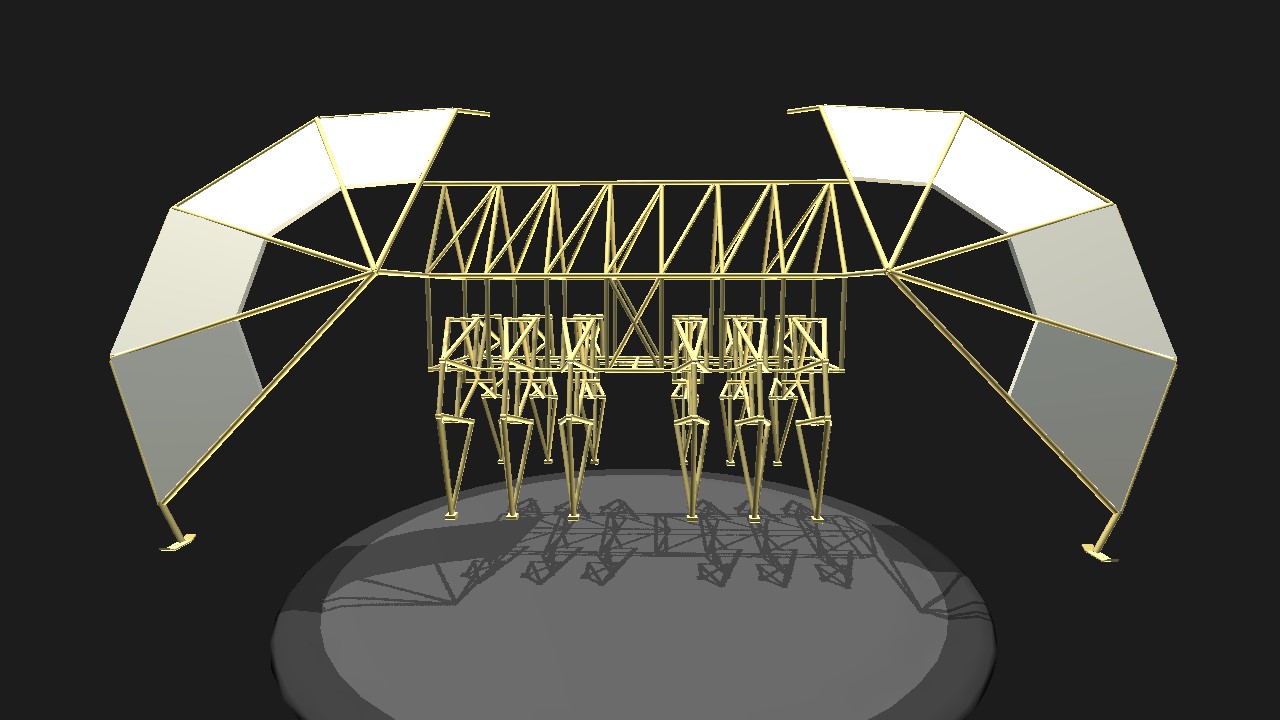 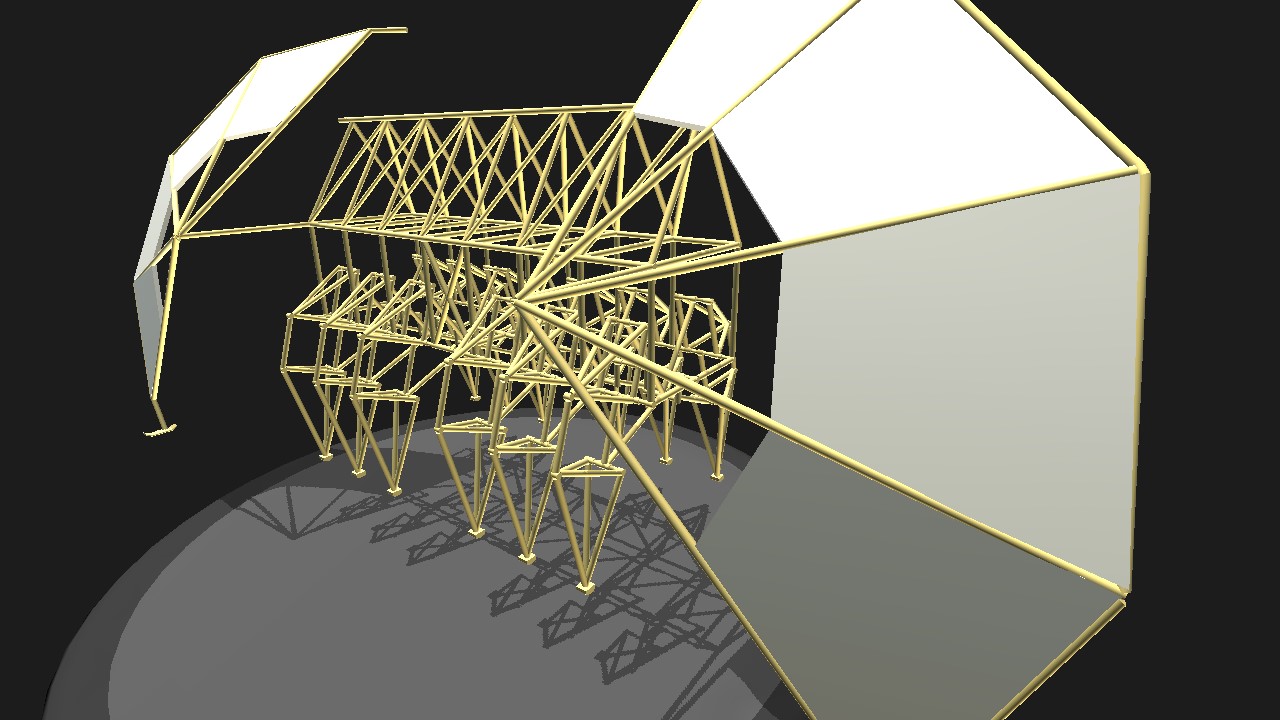 Now I wanted to do this ever since I uploaded my first (and rather ugly) tribute to Theo Jansen and his creations. And, finally, here it is - a replica of the actual Animal, Animaris Turgentia. With authentic leg design, it is actually propelled by wind. AND IT LOOKS JUST LIKE MAGIC.

Important: First of all, move Trim all the way up to set proper leg positions. Otherwise, they won't move.

Next, set up wind so it blows in the back of the Animal at 20-40 mph. You can steer the Strandbeest a bit by altering the wind direction.

Suggested wind headings for a start:

No engines, no infinite rotators, no activation groups.

I learned quite a bit about Strandbeesten while building this, and I must say, I am truly amazed how much more there is to them than just their legs. Did you know that some of the species have muscles and can move their heads and tails? With their wings, they can pump air in their bellies, and use it later to move themselves when there is no wind. Some species can even feel the sand and stay away from water.

"Beach animals are deaf and blind. They can’t even hear the sea. To figure out where they are, they feel the hardness of the sand. The sand is harder near the sea."

Wow. Mr. Jansen, you are a genius. 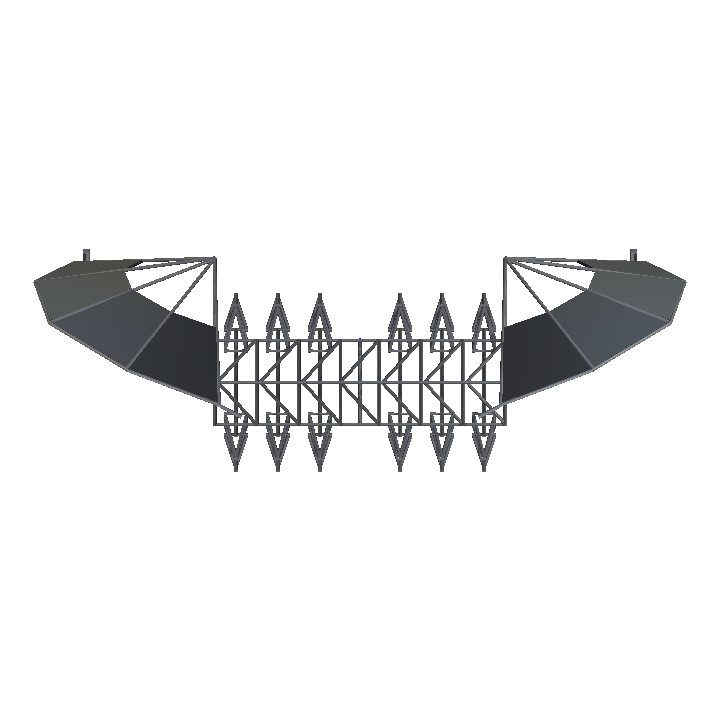 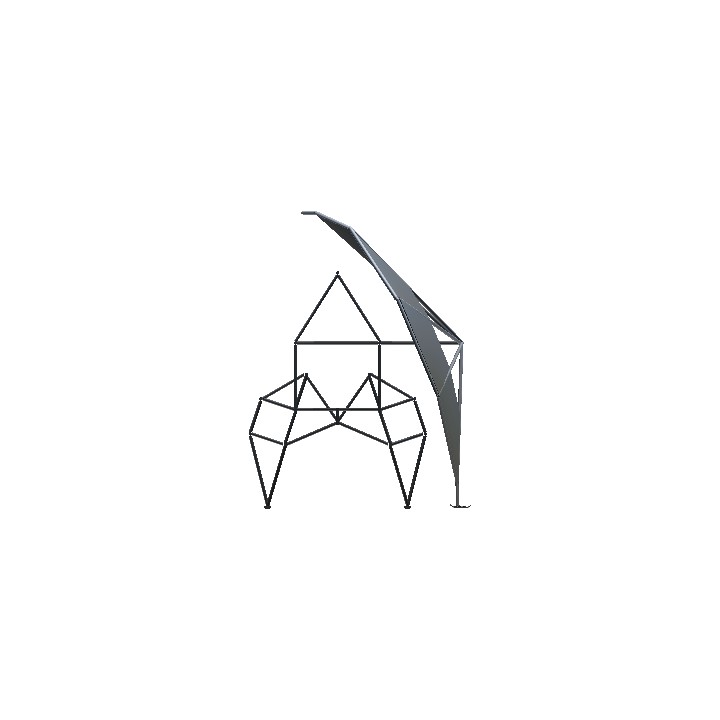 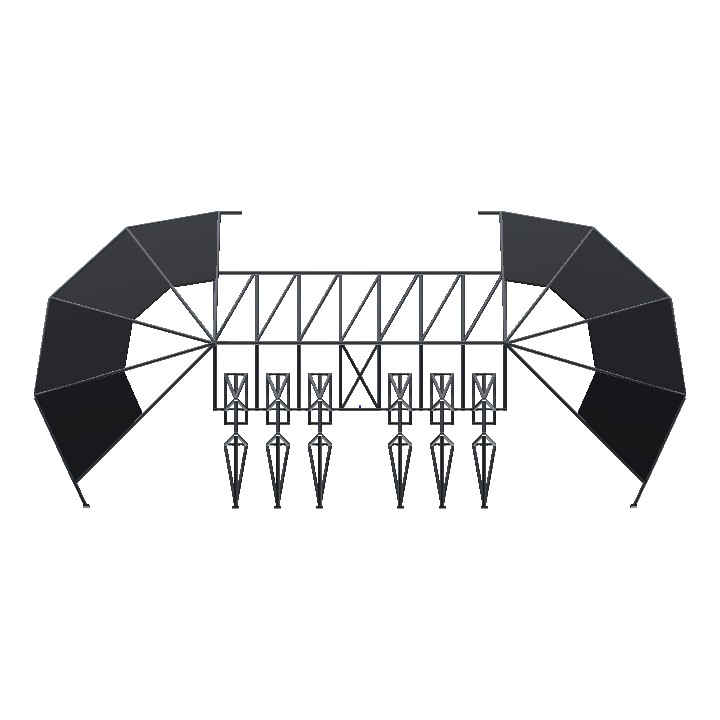