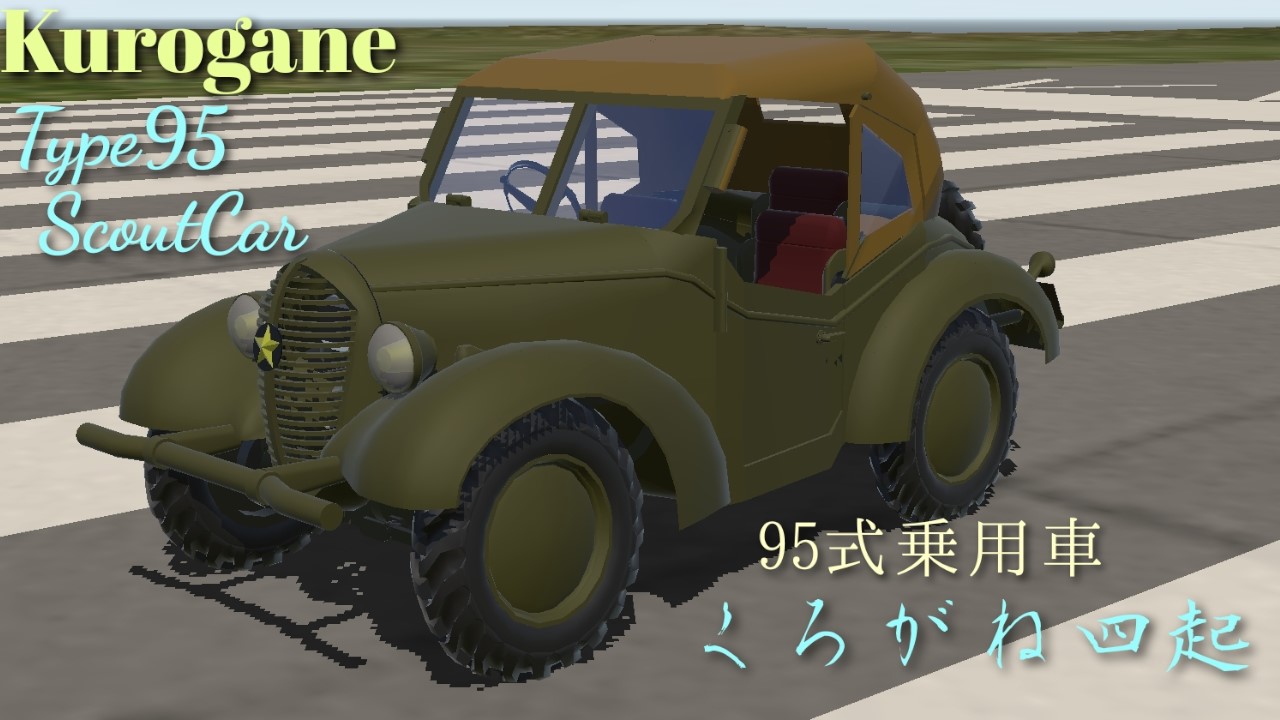 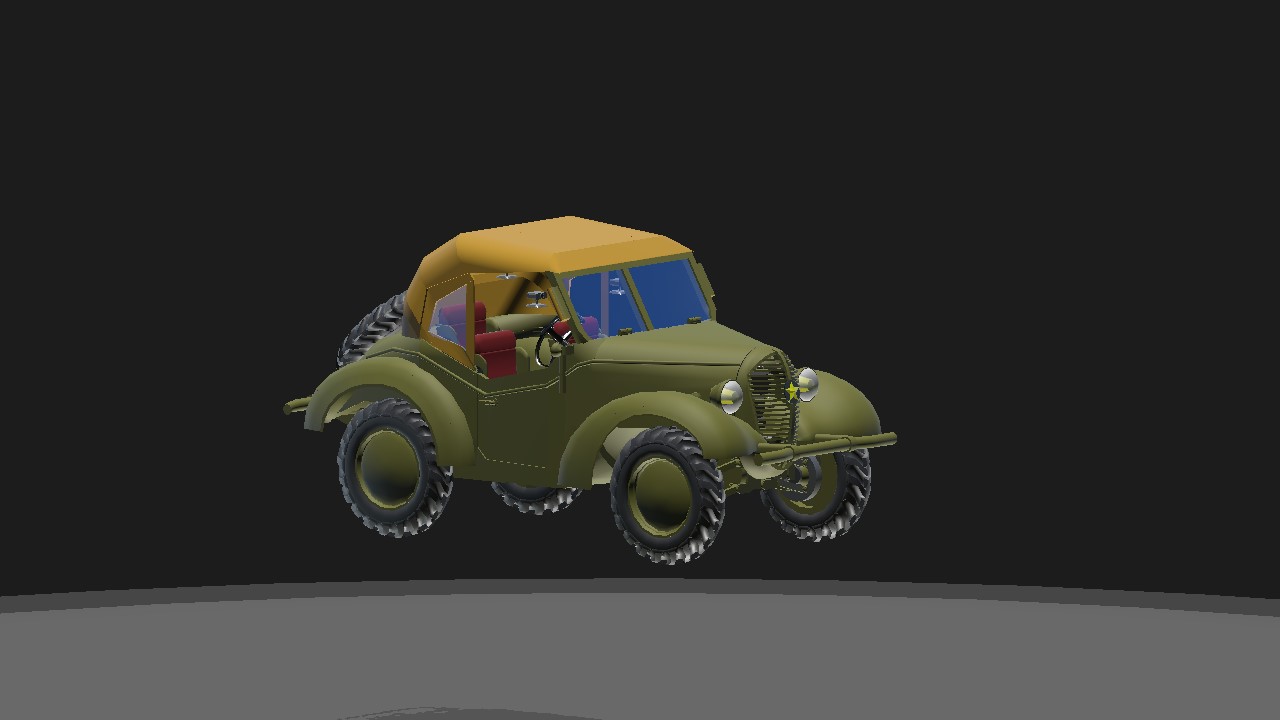 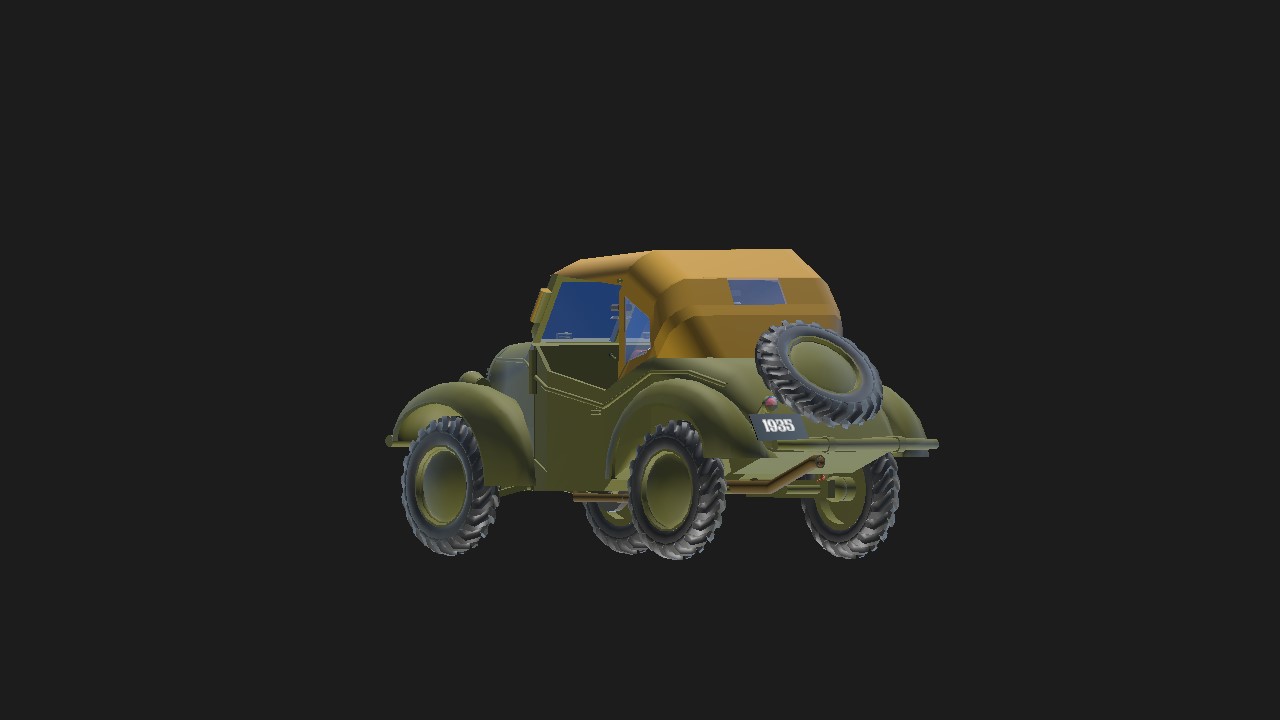 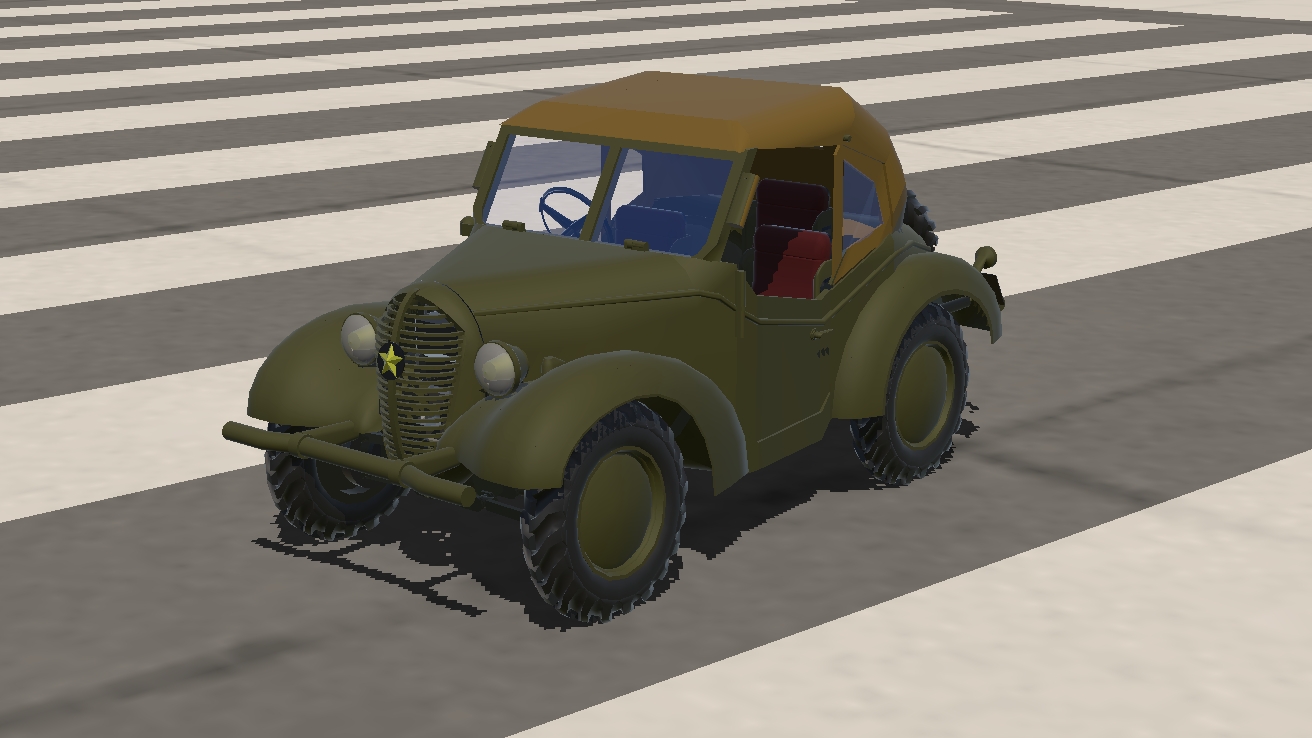 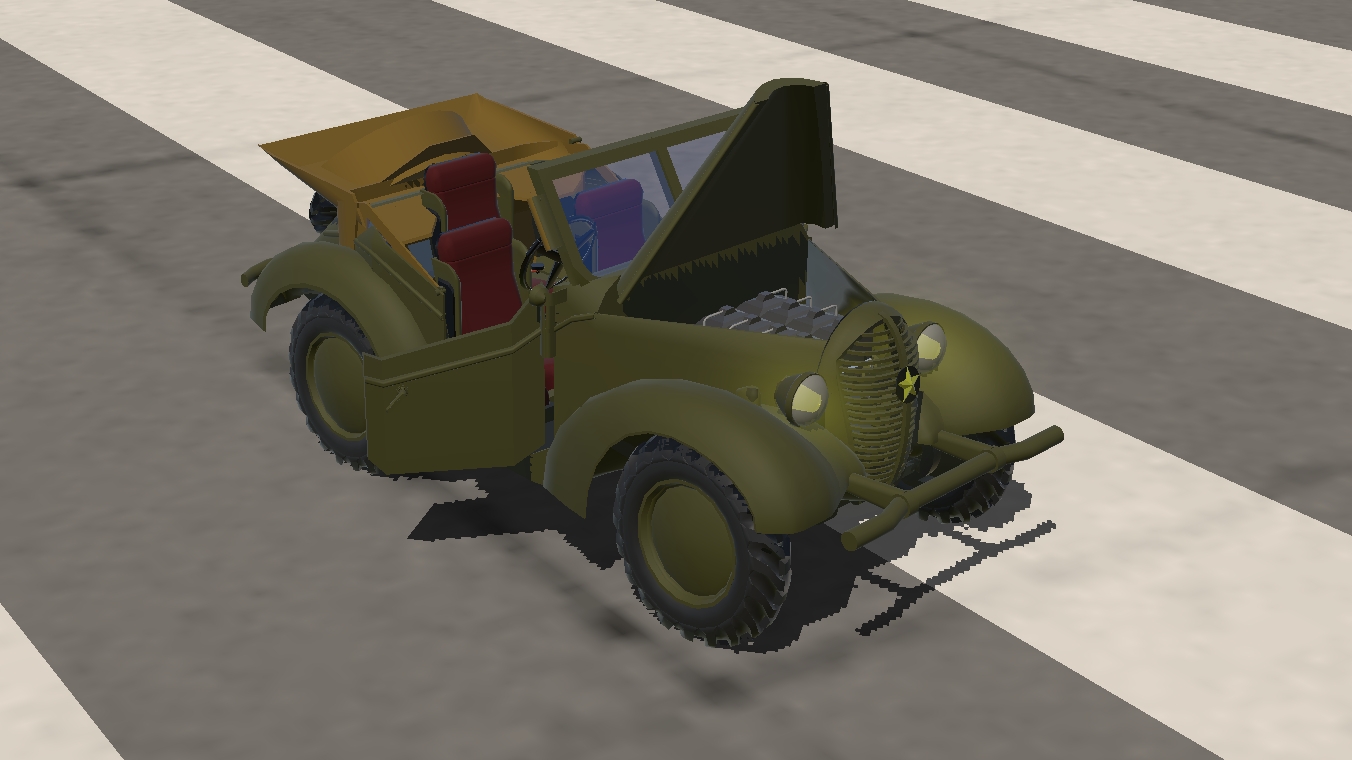 Wikipedia
The Kurogane Type 95 is a small passenger car operated by the Japanese Army. It was developed by Japan Internal Combustion Engine Co. The Kurogane Type 95 is said to be the first mass-produced four-wheel drive vehicle in Japan. Its common name was "Kurogane Yonki.
Compared to the U.S. Army's Jeep and the German Army's Cubelwagon, it carried less. However, its nimbleness made it highly capable of traveling on rough roads.
It was used as the main passenger car of the Japanese Army throughout the Sino-Japanese War and World War II, and was used for reconnaissance and personnel transport.

[About the work]
This post is the first car I ever built.
Originally, I started to make it as an ornament for taking a screenshot of Ki-100, but since the result was not bad, I posted it as a single work. 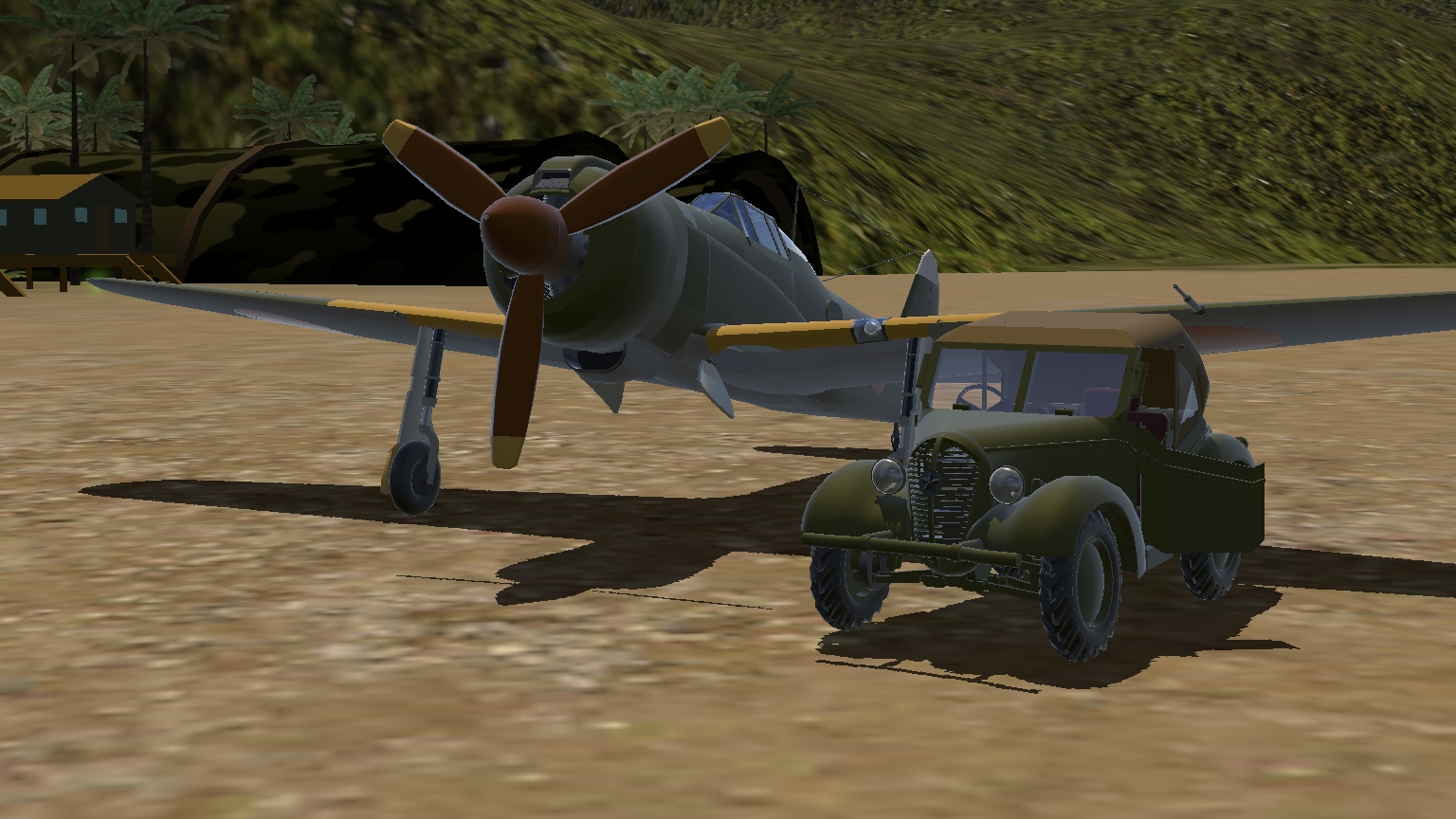 Strangely, it slides sideways when it stops. Maybe the suspension of the front wheels is made strangely. I am not familiar with it and could not solve it well. Please forgive me.
The machine gun pops and starts comically in AG7. It is like an extra element, so please turn a blind eye to the low realism. The machine gun is...well, yes, powerful. More than it looks.
I have not verified this because I do not have Simple Planes VR. Sorry. 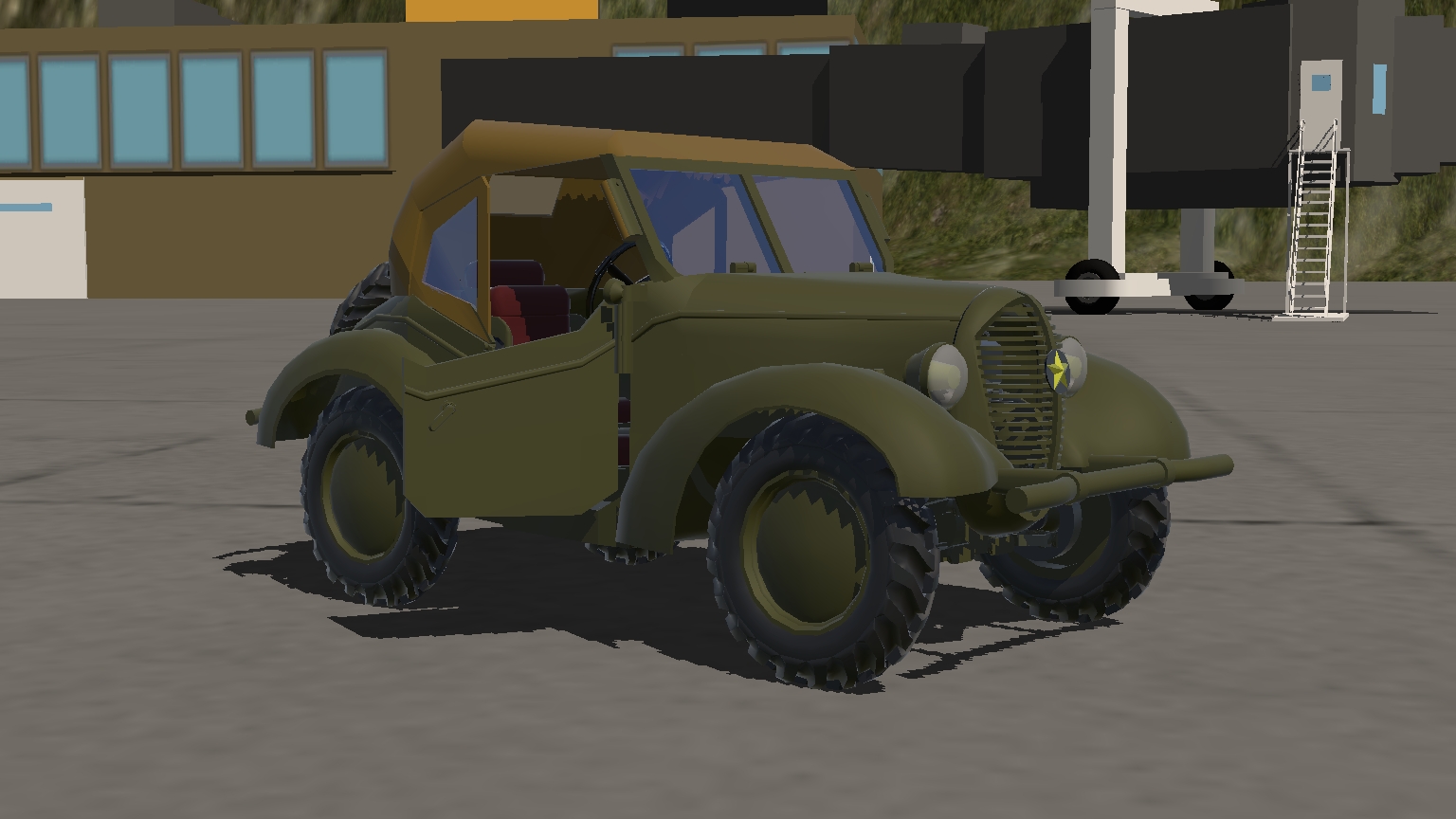 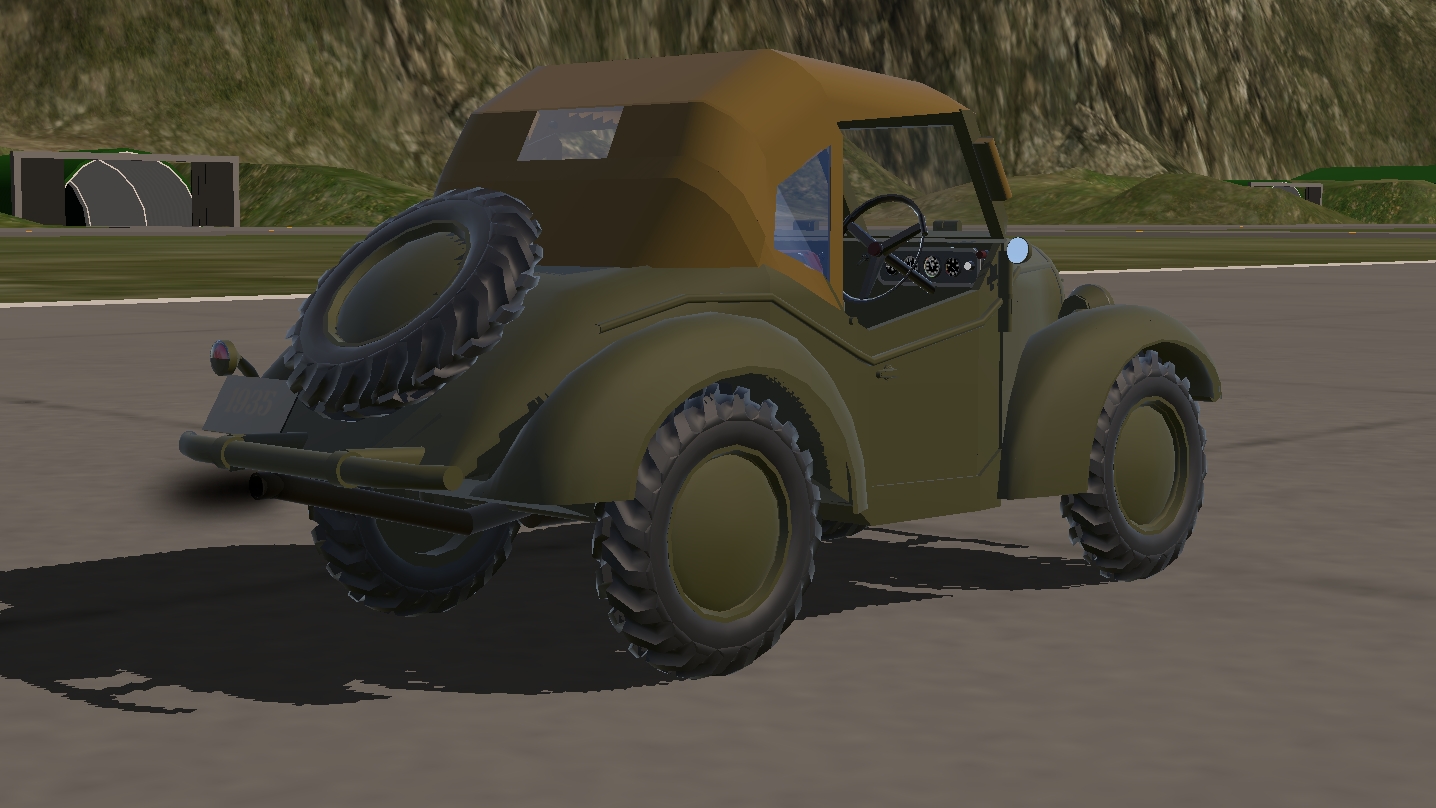 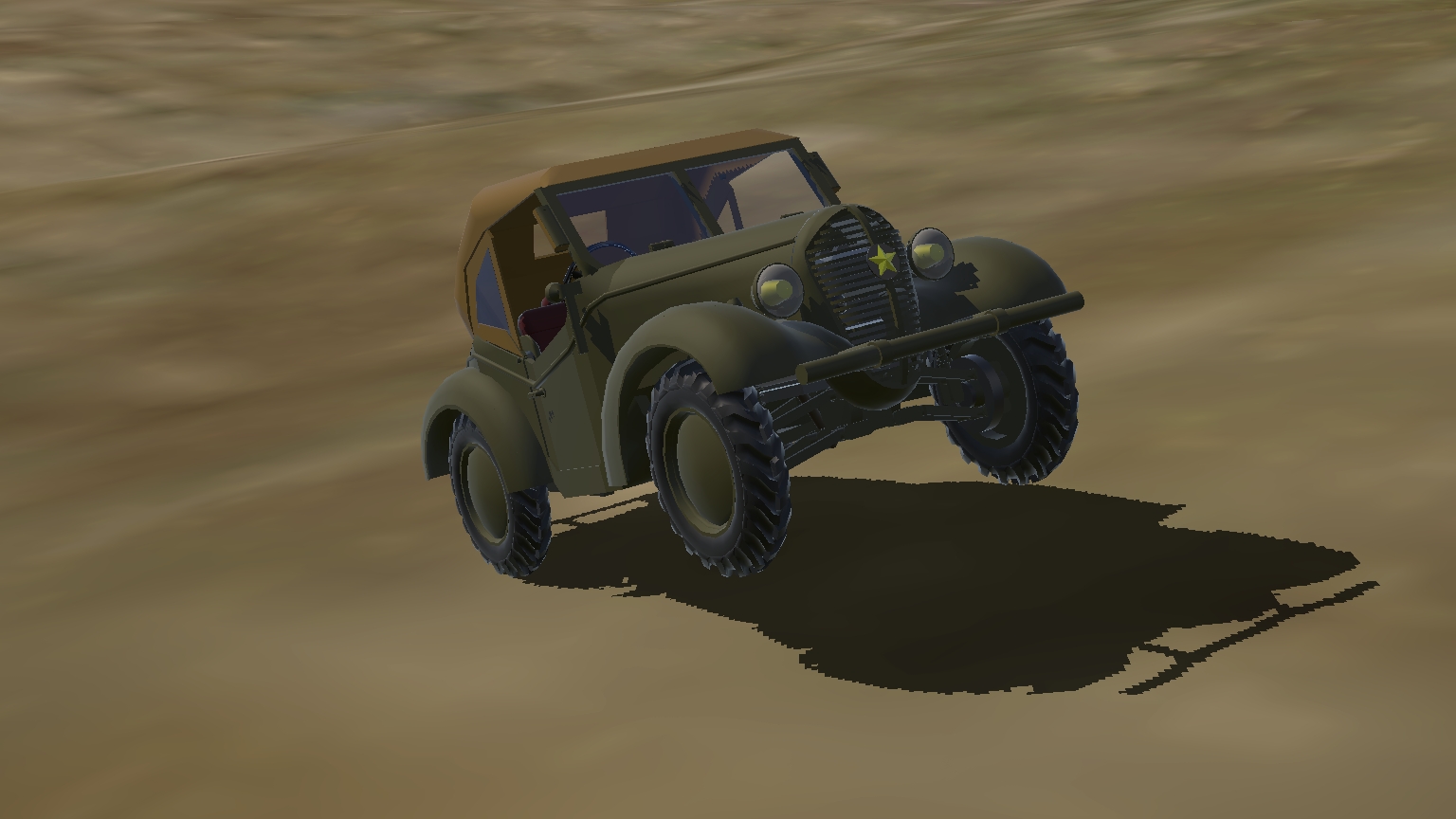 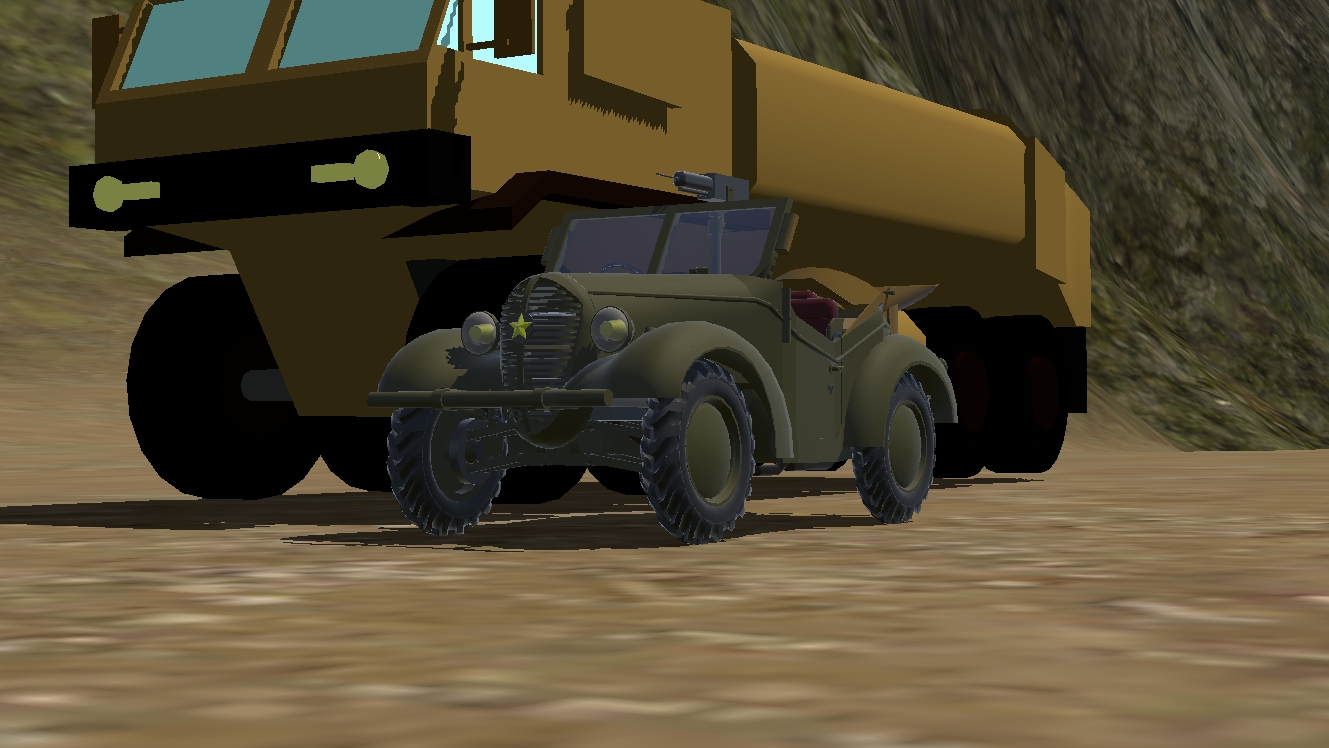 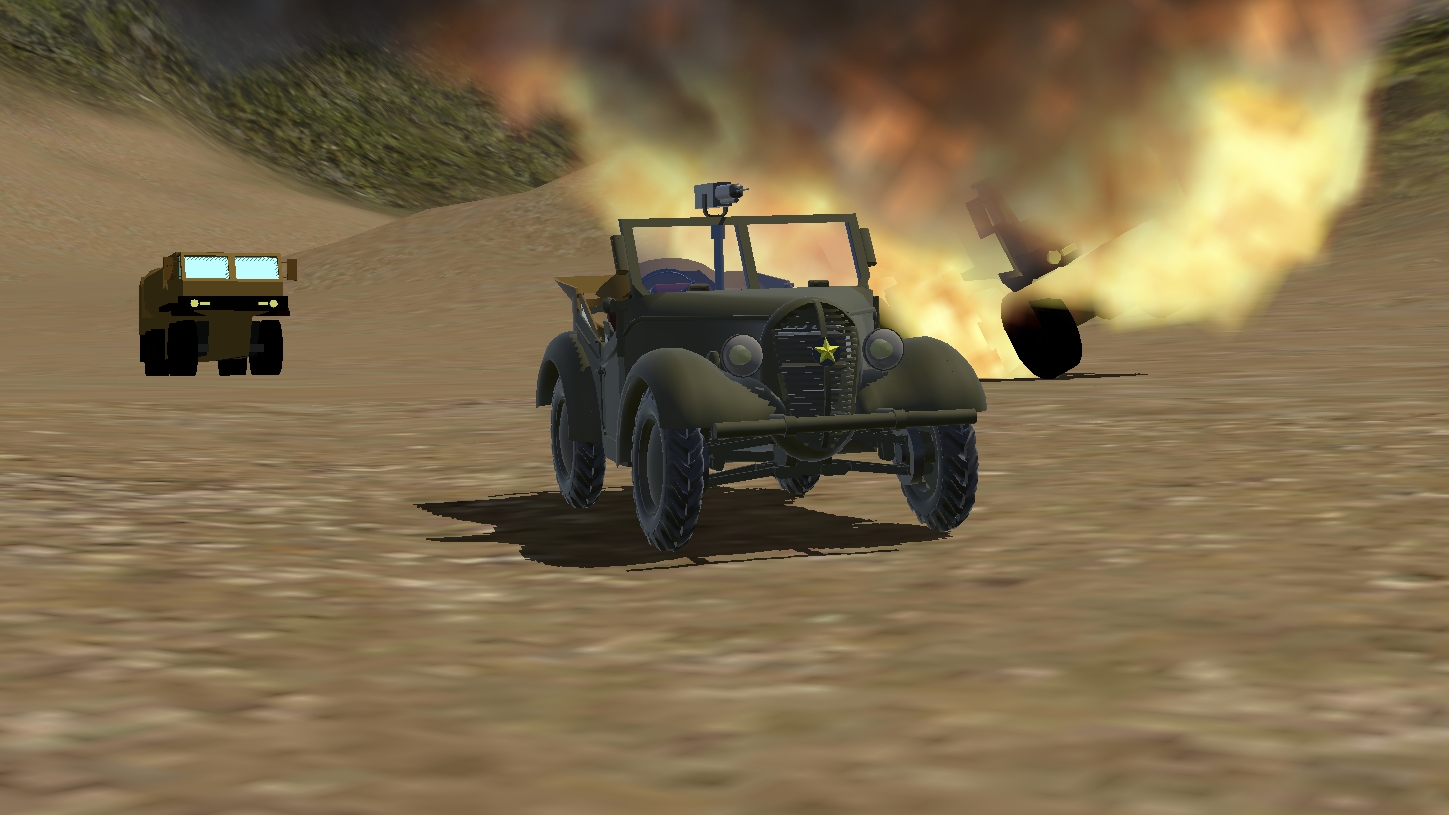 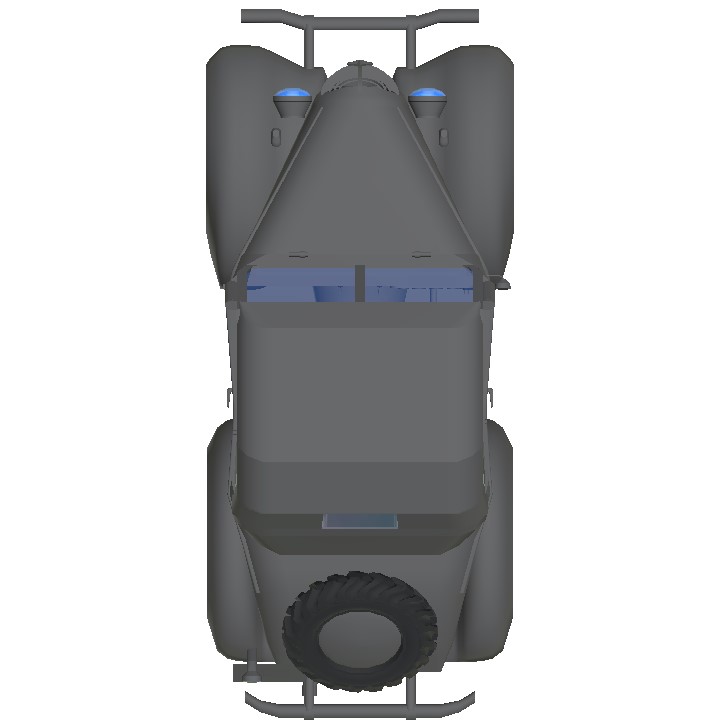 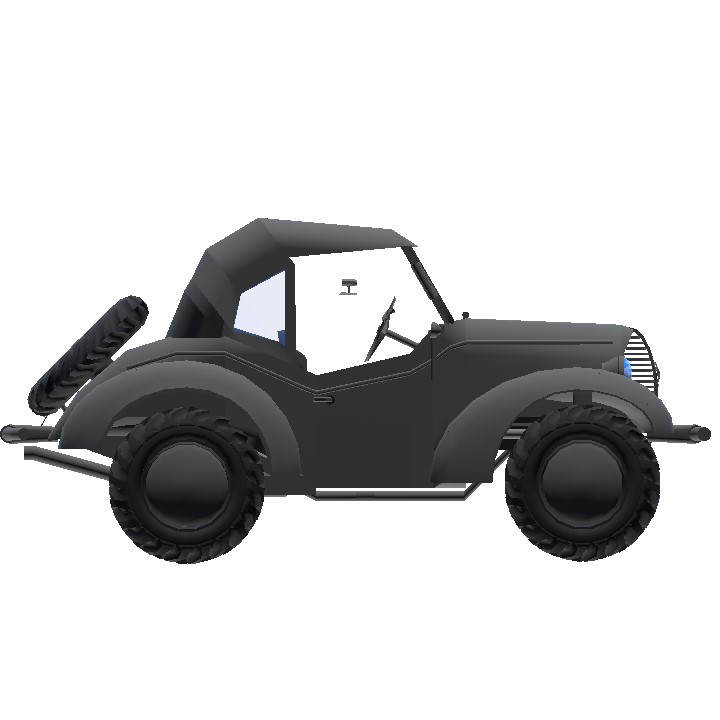 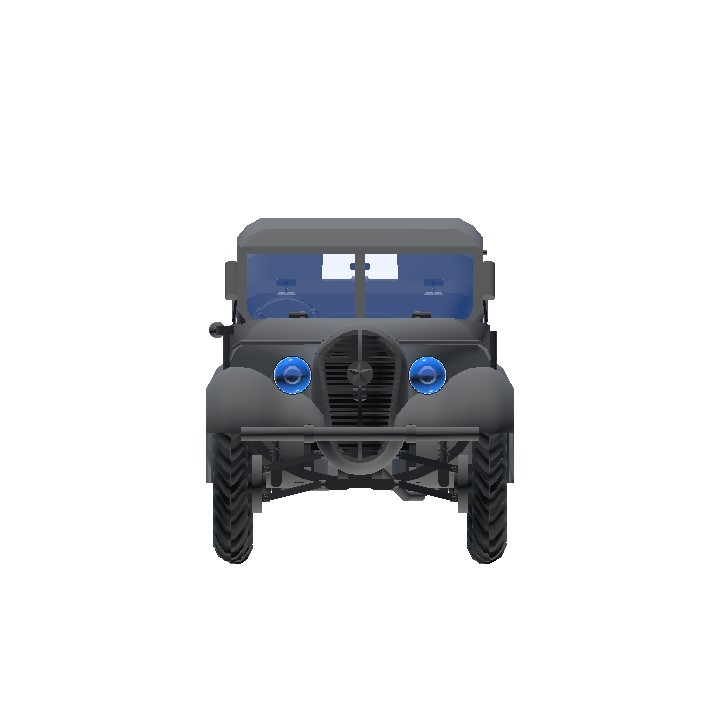