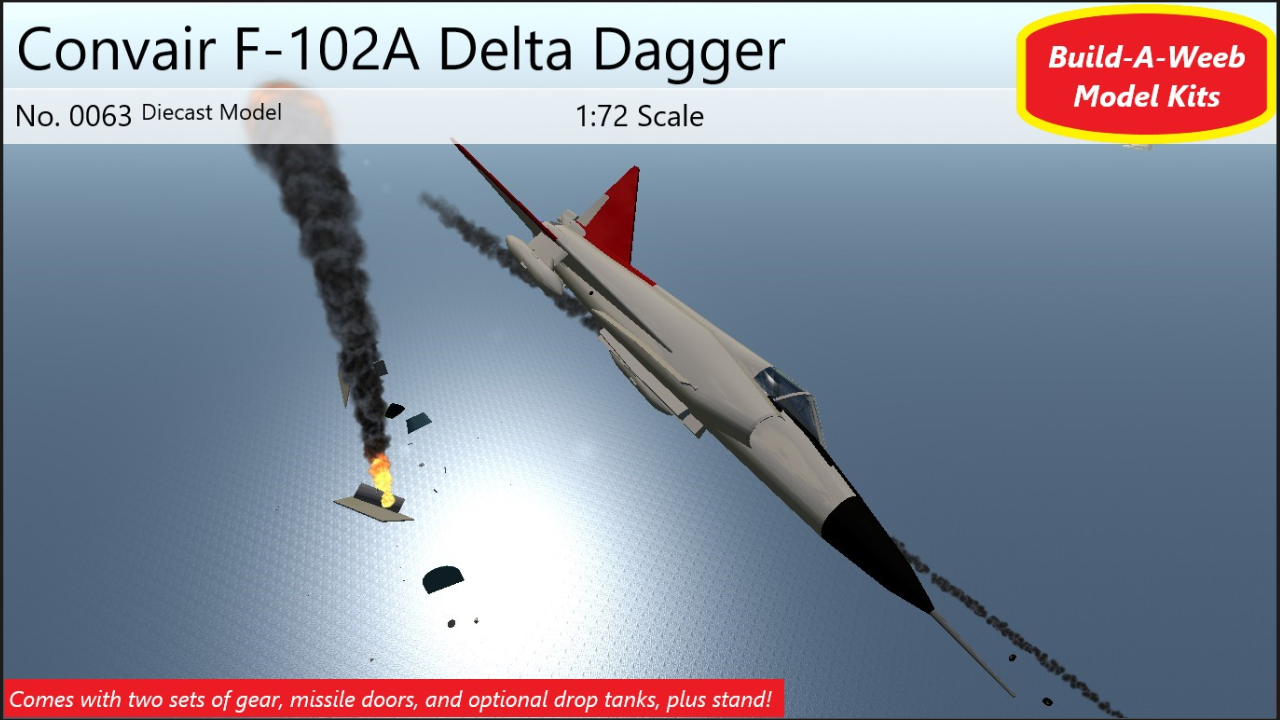 Moar simple planes~ Popular or no, I'm having fun with these stripped-down builds. This one took some figuring out to capture essential shapes (that frigging triangular cockpit...), but I think I got all the functions I wanted to work. And yeah it kinda flies like crap. Sorry. I think it's a believable flight model, but definitely not perfect in any way. Regardless enjoy.

The F-102 Delta Dagger is another interesting footnote in United States military aircraft history. It's goals were lofty and the team working on the aircraft had plenty of talented, intelligent people; yet when the airplane finally entered testing and production it proved to be somewhat disappointing. Nevertheless once it was in operation the Air Force was satisfied enough to retain the aircraft as a frontline defensive interceptor, defending the skies of the United States from any Soviet prodding as the tension of the Cold War ran for decades.

The F-102 lineage followed on a late 1940's testbed produced by Convair called the XF-92. The XF-92, built using aerodynamic research and oversight from Alexander Lippisch, showed the potential for a supersonic aircraft with tailless delta-wing configuration. At the same time the USAF sent out competitions for a brand new Mach 1 interceptor and advanced fire control system; the FCS would be won by Hughes with the MG-XX series, and the interceptor was won out by Convair with a new design based on the XF-92. Unfortunately this is where the problems began; the prototype YF-102 was underpowered, with too much drag, and crashed after only nine days of testing. Thankfully Convair hit the drafting board and made major improvements to the airframe - including the famous Whitcomb "area rule." By 1957 the aircraft was finally out of development hell and began to equip squadrons for use as part of a complex air defense system.

Known as "Deuce" in service by its pilots, the F-102 was one of the first tailless delta-wing fighters to fly in the western world. Powered by a J57 turbojet engine the Delta Dagger had a top speed of Mach 1.25 at altitude. Originally Convair used a highly swept triangular wing, but later filled it into a true delta (possibly with Lippisch's influence.) Much like a bomber the F-102 carried its weapons in bays; it held up to 24 "Mighty Mouse" FFAR in the bay doors and could be armed with six AIM-4 Falcon missiles, or four Falcons and two larger AIM-26 Falcon Nuclear missiles. Though an impressive and technically advanced machine for the time the F-102 was not the most high-performance fighter in the world despite being fairly easy to fly according to pilots. The Delta Dagger would briefly serve in Vietnam providing bomber escort and occasional nighttime harassment of supply routes, but the plane would start to be rolled out of service by the 1970's. Ultimately it would take an entire redesign of the aircraft before Convair would perfect the "Ultimate Interceptor." 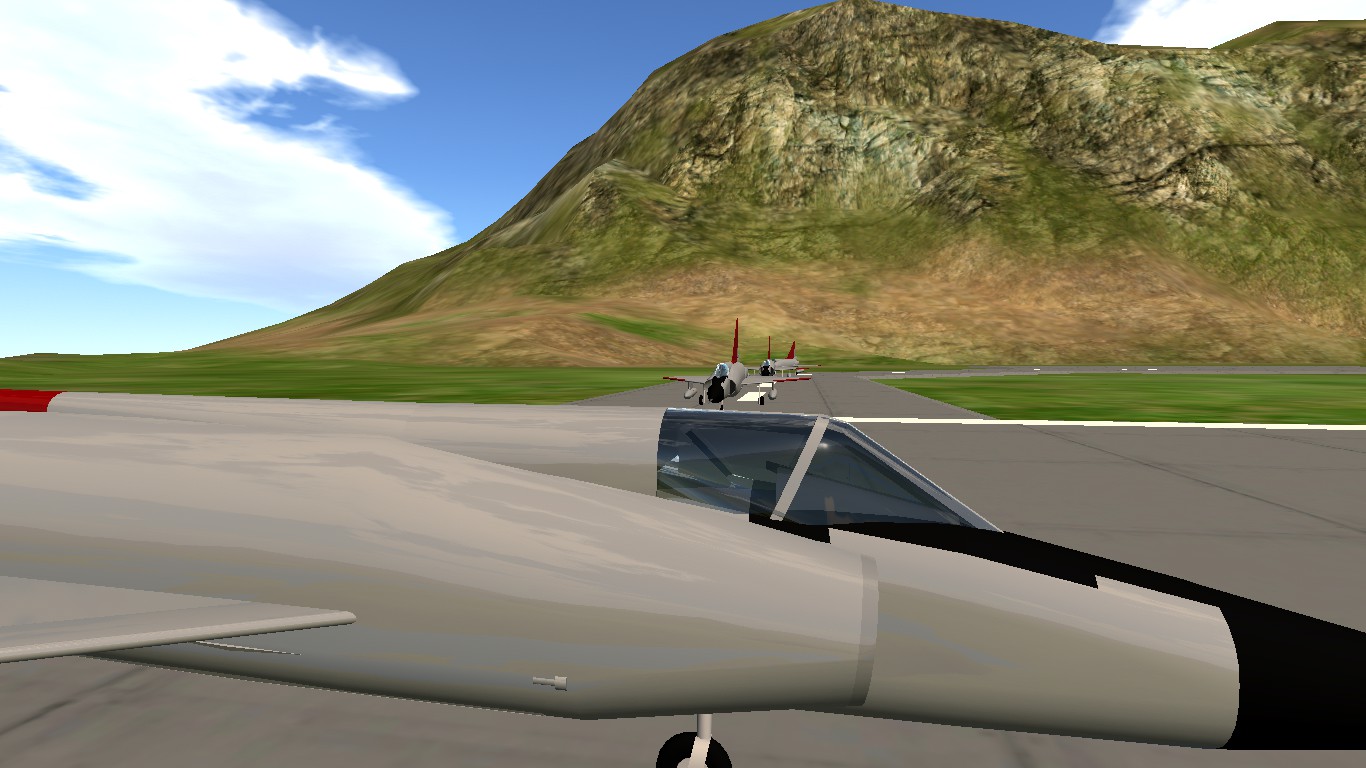 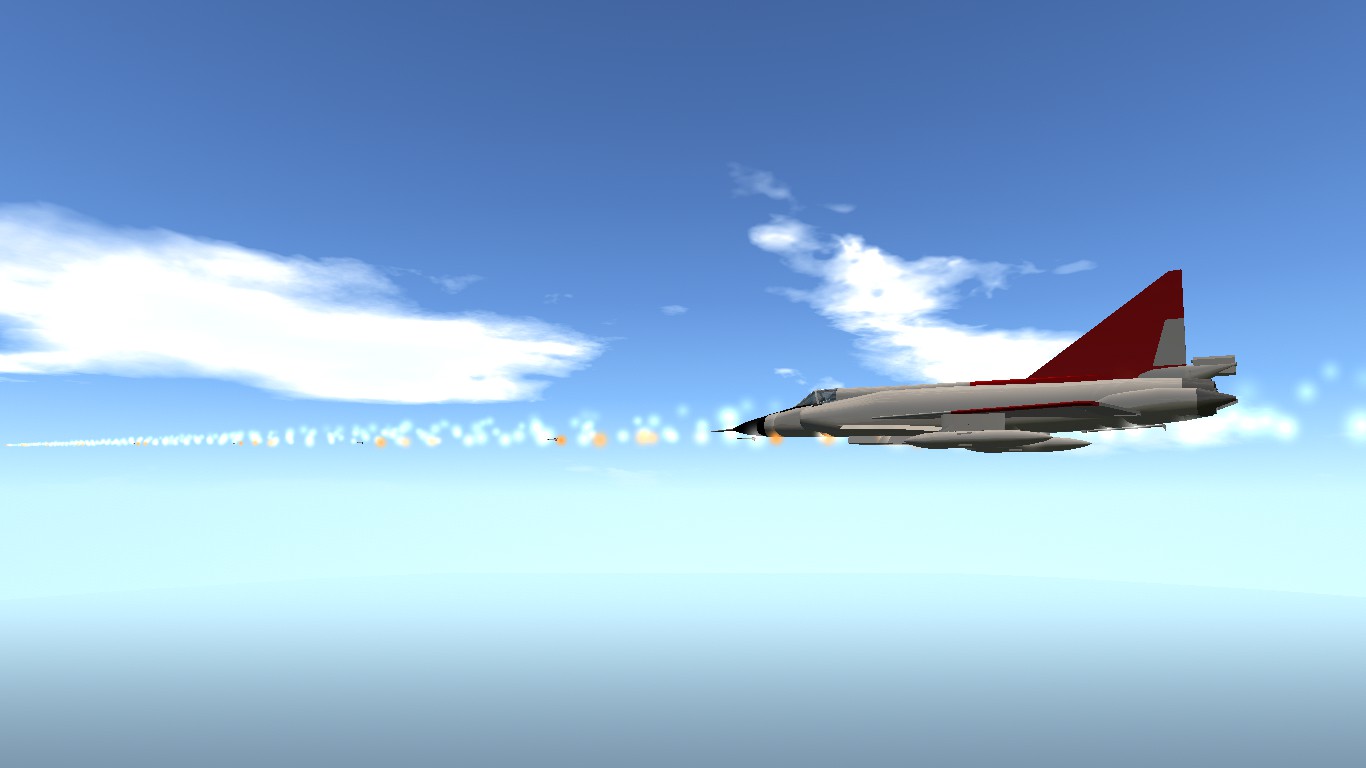 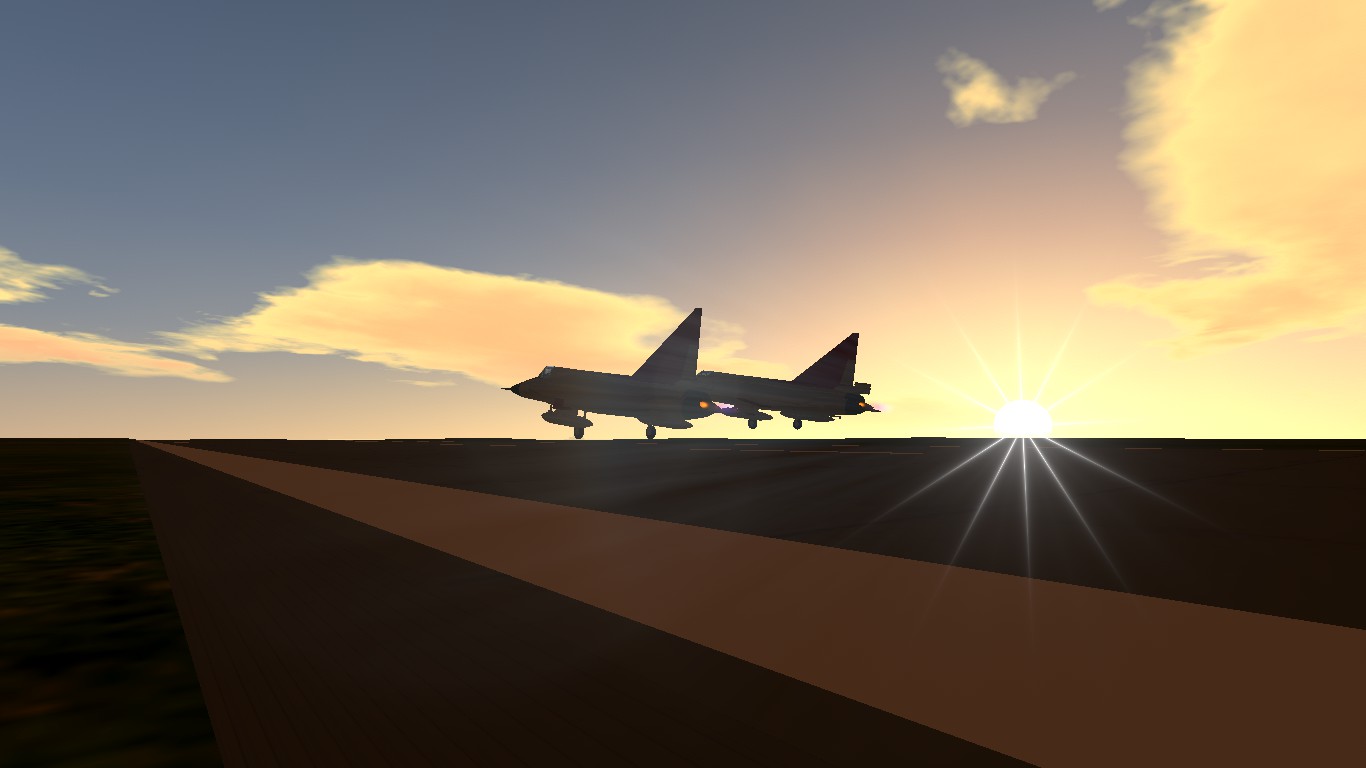 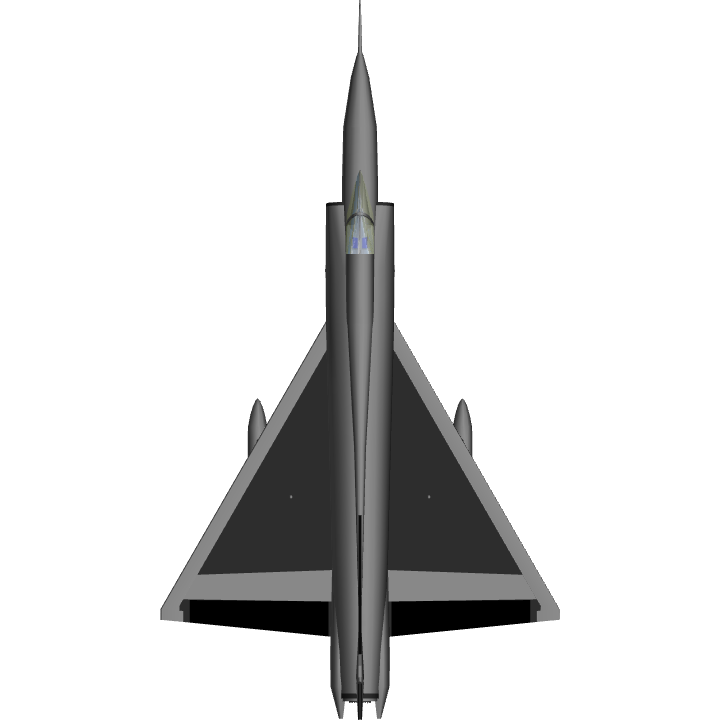 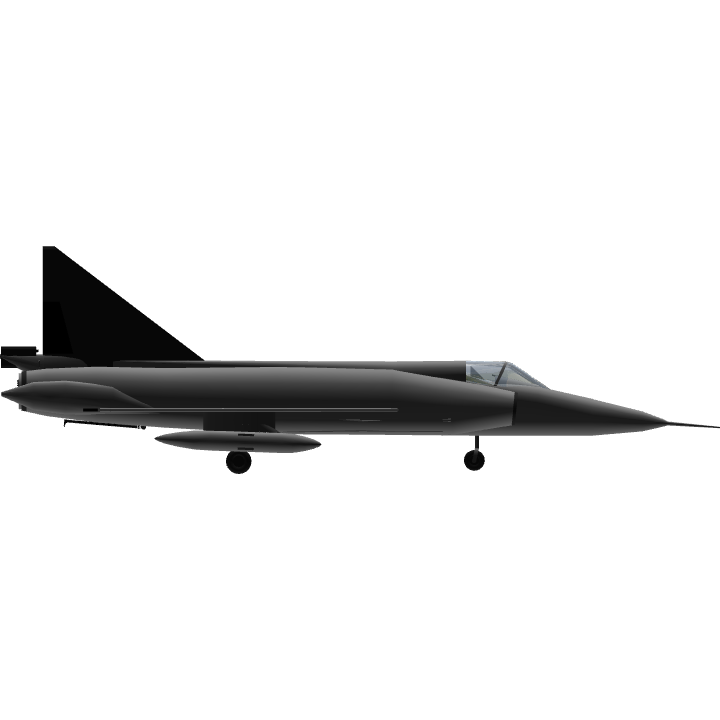 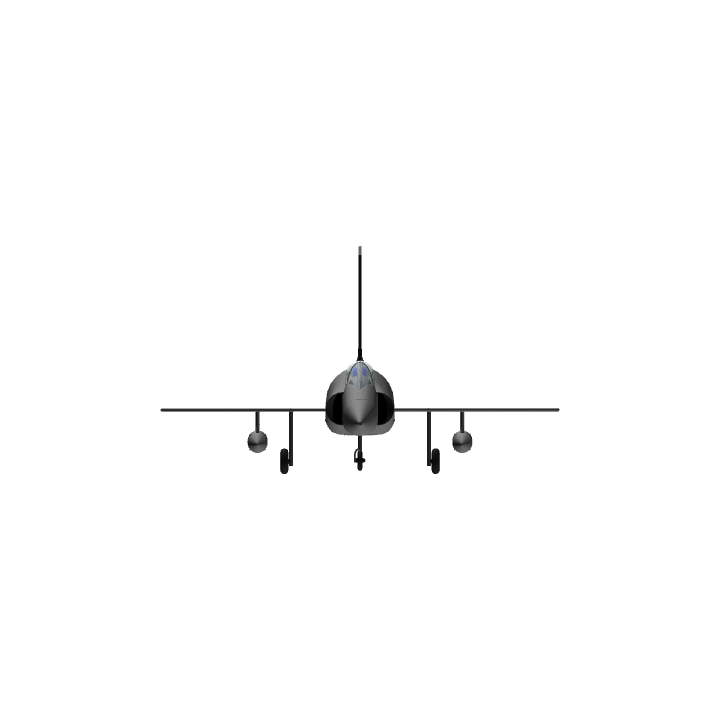