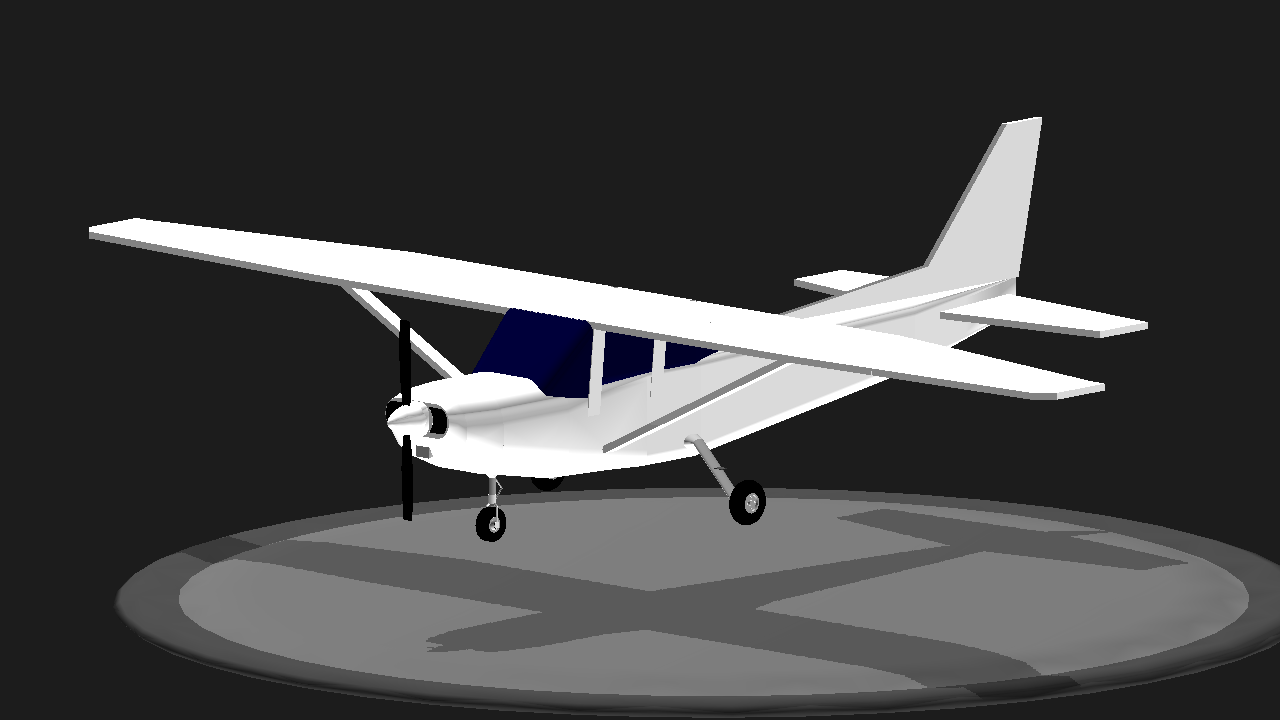 The Cessna 172 Skyhawk is an American four-seat, single-engine, high wing, fixed-wing aircraft made by the Cessna Aircraft Company. First flown in 1955, more 172s have been built than any other aircraft. It was developed from the 1948 Cessna 170, using tricycle undercarriage, rather than a tail-dragger configuration.

Measured by its longevity and popularity, the Cessna 172 is the most successful aircraft in history. Cessna delivered the first production model in 1956, and as of 2015, the company and its partners had built more than 44,000 units. The aircraft remains in production today.

The Skyhawk's main competitors have been the Beechcraft Musketeer and Grumman AA-5 series (neither currently in production), the Piper Cherokee, and, more recently, the Diamond DA40 and Cirrus SR20.

The Cessna 172 started life as a tricycle landing gear variant of the taildragger Cessna 170, with a basic level of standard equipment. In January 1955, Cessna flew an improved variant of the Cessna 170, a Continental O-300-A-powered Cessna 170C with larger elevators and a more angular tailfin. Although the variant was tested and certified, Cessna decided to modify it with a tricycle landing gear, and the modified Cessna 170C flew again on June 12, 1955. To reduce the time and cost of certification, the type was added to the Cessna 170 type certificate as the Model 172. Later, the 172 was given its own type certificate. The 172 became an overnight sales success, and over 1,400 were built in 1956, its first full year of production.

Early 172s were similar in appearance to the 170s, with the same straight aft fuselage and tall landing gear legs, although the 172 had a straight tailfin while the 170 had a rounded fin and rudder. In 1960, the 172A incorporated revised landing gear and the swept-back tailfin, which is still in use today.

The final aesthetic development, found in the 1963 172D and all later 172 models, was a lowered rear deck allowing an aft window. Cessna advertised this added rear visibility as "Omni-Vision."

The Cessna 172 may be modified via a wide array of supplemental type certificates (STCs), including increased engine power and higher gross weights. Available STC engine modifications increase power from 180 to 210 hp (134 to 157 kW), add constant-speed propellers, or allow the use of automobile gasoline. Other modifications include additional fuel tank capacity in the wing tips, added baggage compartment tanks, added wheel pants to reduce drag, or enhanced landing and takeoff performance and safety with a STOL kit. The 172 has also been equipped with the 180 hp (134 kW) fuel injected Superior Air Parts Vantage engine.

From December 4, 1958, to February 7, 1959, Robert Timm and John Cook set the world record for (refueled) flight endurance in a used Cessna 172, registration number N9172B. They took off from McCarran Airfield in Las Vegas, Nevada, and landed back at McCarran Airfield after 64 days, 22 hours, 19 minutes and 5 seconds in flight. The flight was part of a fund-raising effort for the Damon Runyon Cancer Fund.

Cessna has historically used model years similar to a U.S. auto manufacturer, with sales of new models typically starting a few months prior to the actual calendar year.

The 172B was introduced in late 1960 as the 1961 model and featured a shorter landing gear, engine mounts lengthened three inches (76 mm), a reshaped cowling, and a pointed propeller spinner. For the first time, the "Skyhawk" name was applied to an available deluxe option package. This added optional equipment included full exterior paint to replace the standard partial paint stripes and standard avionics. The gross weight was increased to 2,250 lb (1,021 kg).

The 1962 model was the 172C. It brought to the line an optional autopilot and a key starter to replace the previous pull-starter. The seats were redesigned to be six-way adjustable. A child seat was made optional to allow two children to be carried in the baggage area. The 1962 price was US$9,895. A total of 889 172C models were produced.

The 1963 172D model introduced the lower rear fuselage with a wraparound Omni-Vision rear window and a one-piece windshield. Gross weight was increased to 2,300 lb (1,043 kg), where it would stay until the 172P. New rudder and brake pedals were also added. 1,146 172Ds were built.

1963 also saw the introduction of the 172D Powermatic, powered by a 175 horsepower (130 kW) Continental GO-300E, increasing cruise speed by 11 mph (18 km/h) relative to the standard 172D. In reality this was not a new model, but rather a Cessna 175 Skylark that had been rebranded to overcome a reputation for poor engine reliability. The ploy was unsuccessful and neither the Powermatic nor the Skylark were produced again after the 1963 model year.

alright the description ends here. its too long. 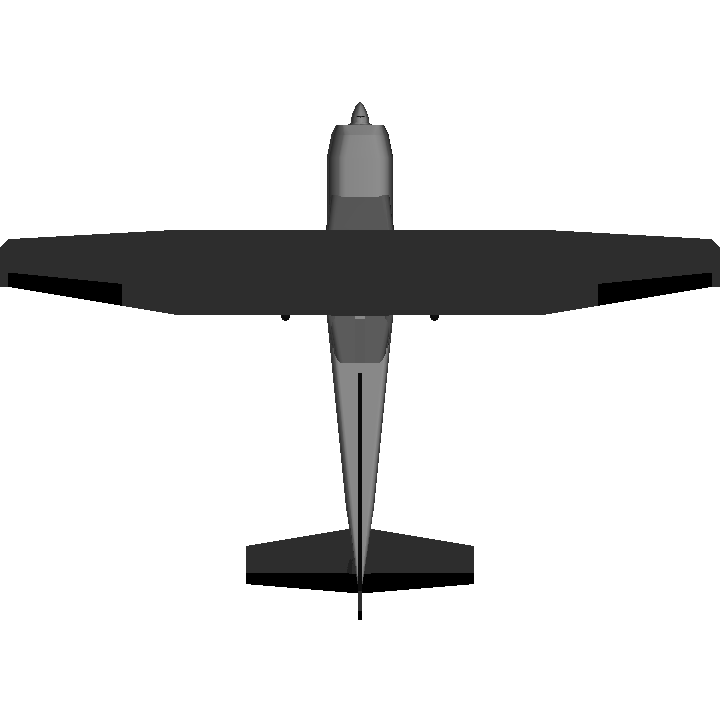 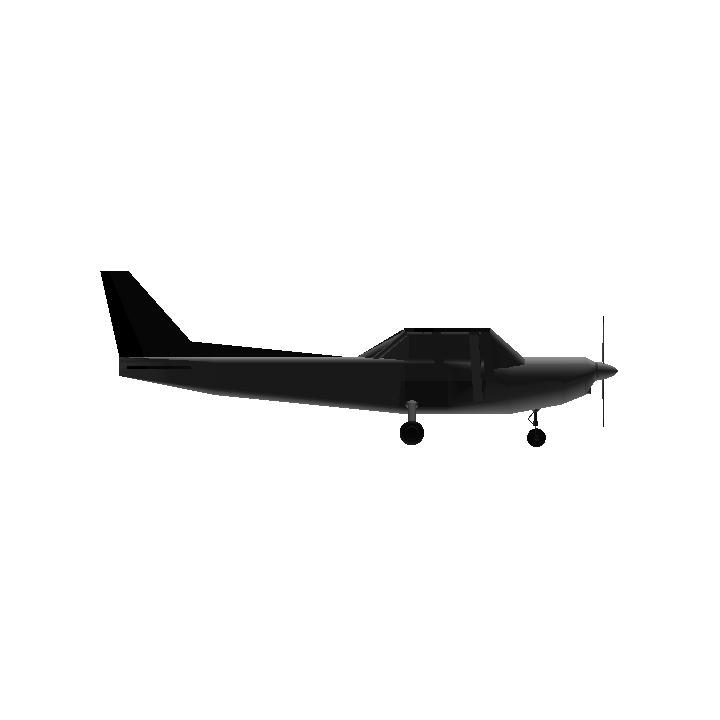 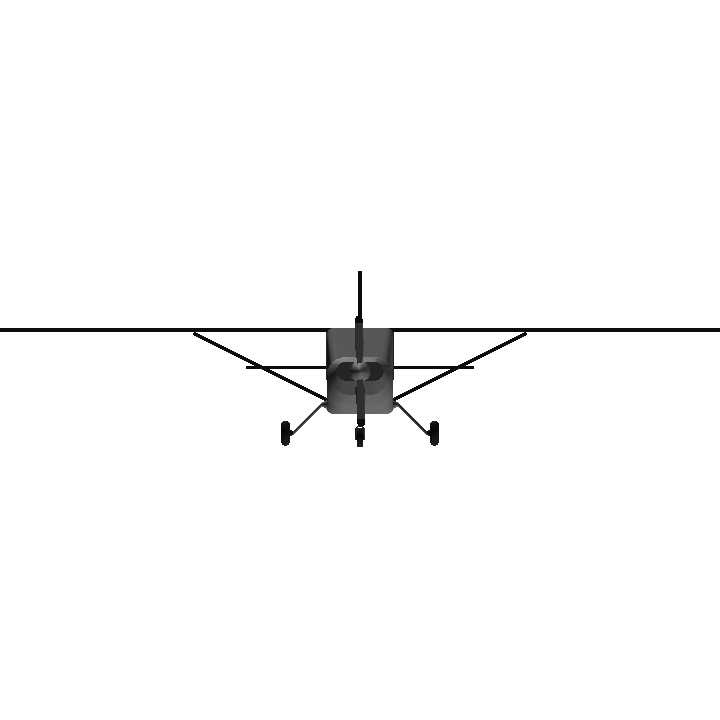