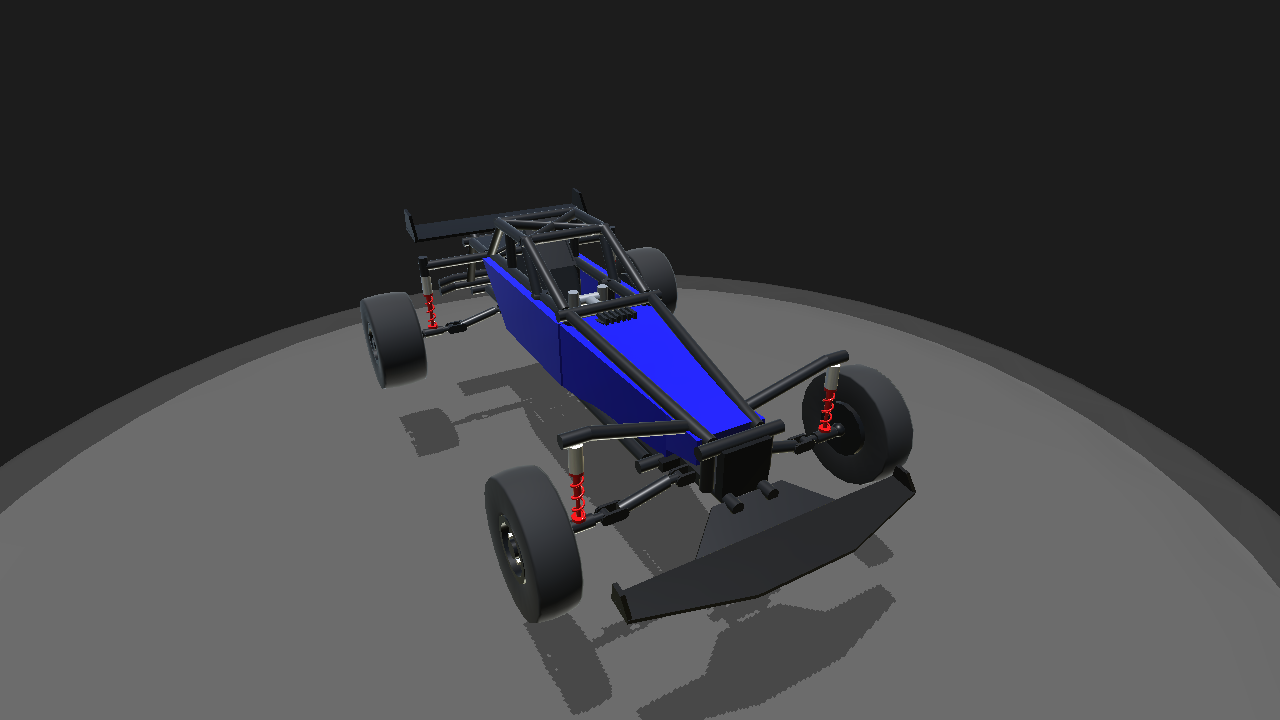 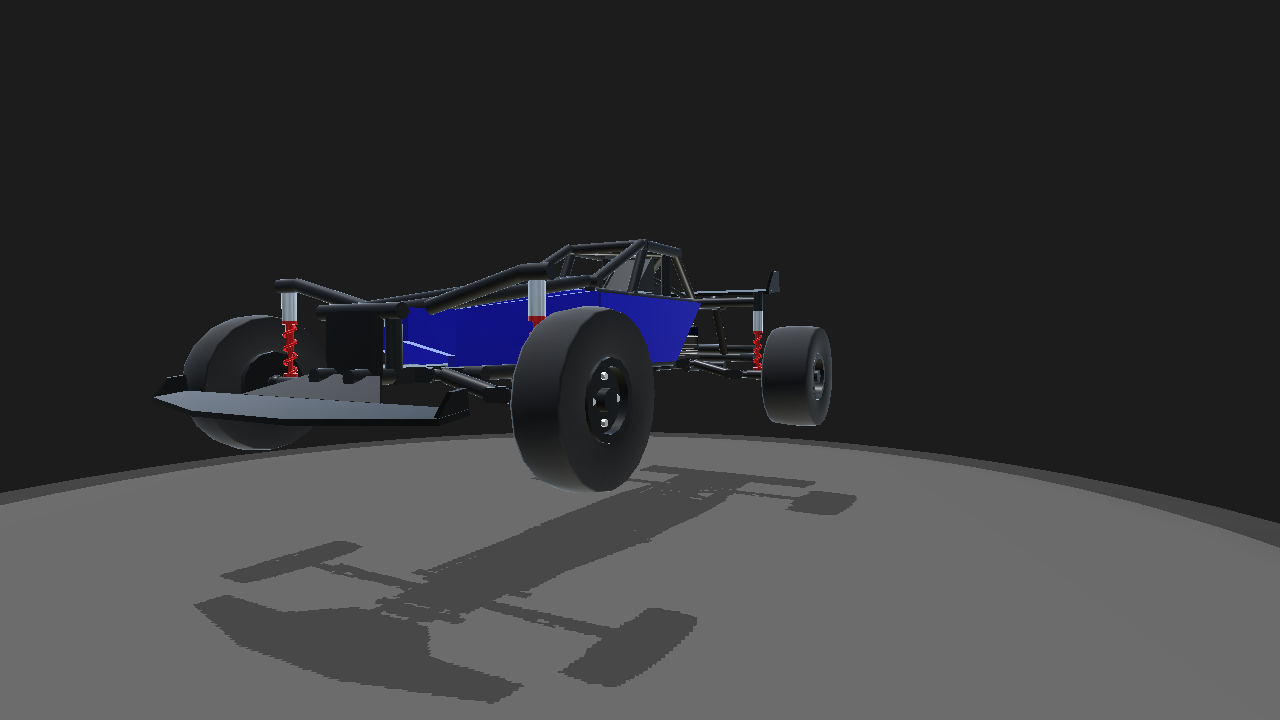 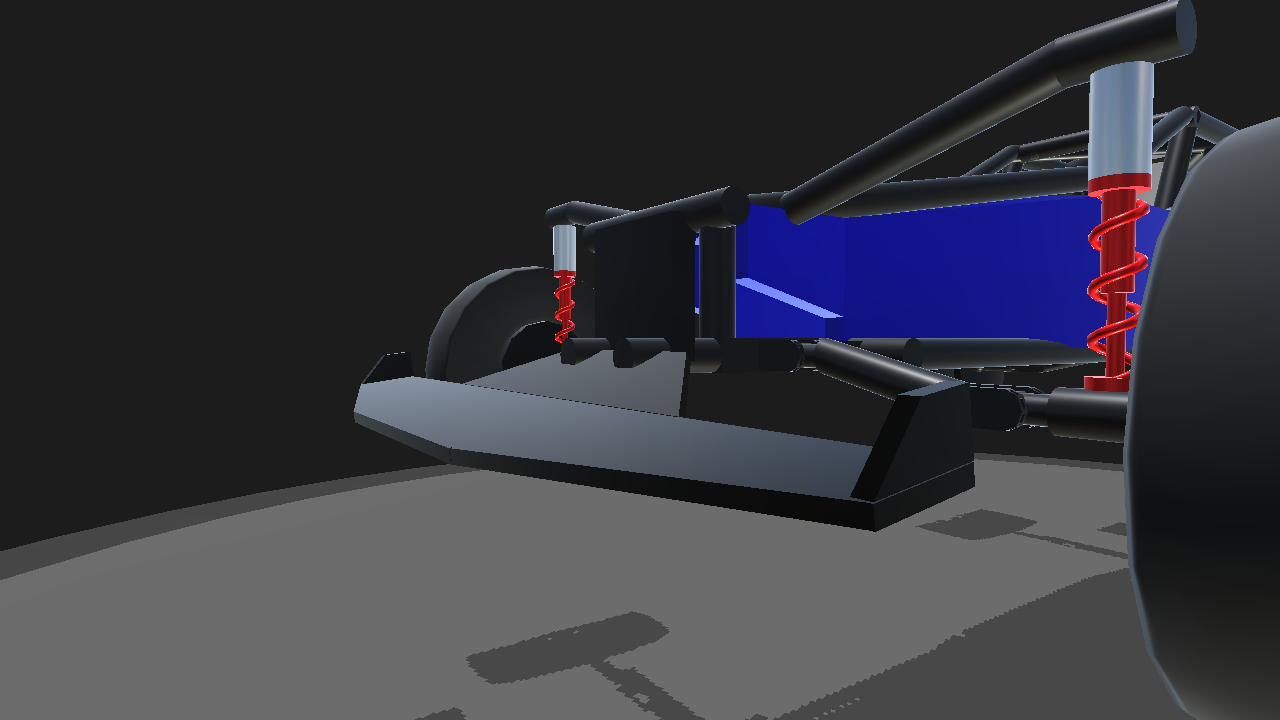 This in my opinion is one of my best modified vehicles. So as you can tell this is based off Jundroo Little Bugger buggy. I made this specificlly to run the gold prix car race. It doesn't slide at all going forwards and you can pull of some very impressive 180's. It gets up to 185 when it comes to top speed on a flat surface. So what I did was stiffen and strengthen the suspension, increased the sideways traction and reduced the forward traction in the front tires, increased the the forward and sideways traction on the back tires, and of course I added a front and back spoiler which adds so much down force that it actually needs the strengthened suspension without it, it would grind, but with its down force it can't fish tail at all (TRUST ME I TRIED) bumps are heavilly absorbed thanks to it as well. Now on the subject of the race don't go to fast on the sharper turns, sadly it can't turn quick enough, DO NOT HIT THE CURBS, doing so will normally result in you going completly off the track and if you don't it will be hard to get off the curb. When it comes to just driving normally it does really good to and the jump zone is great when going the other way for the main one, the Oval Office is also really fun to drive on ( I know its possible to wall ride on the turns) and overall once again in my opinion it's just really fun to drive. Man that was long but still WORTH IT. Yeah I just really like this thing P.S. Please don't subassemble the spoilers but your welcome to make you own based on them 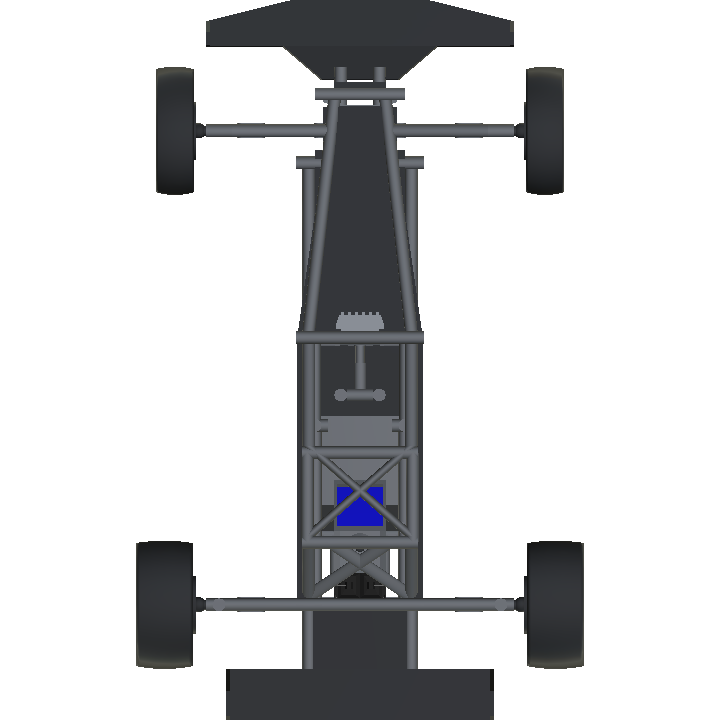 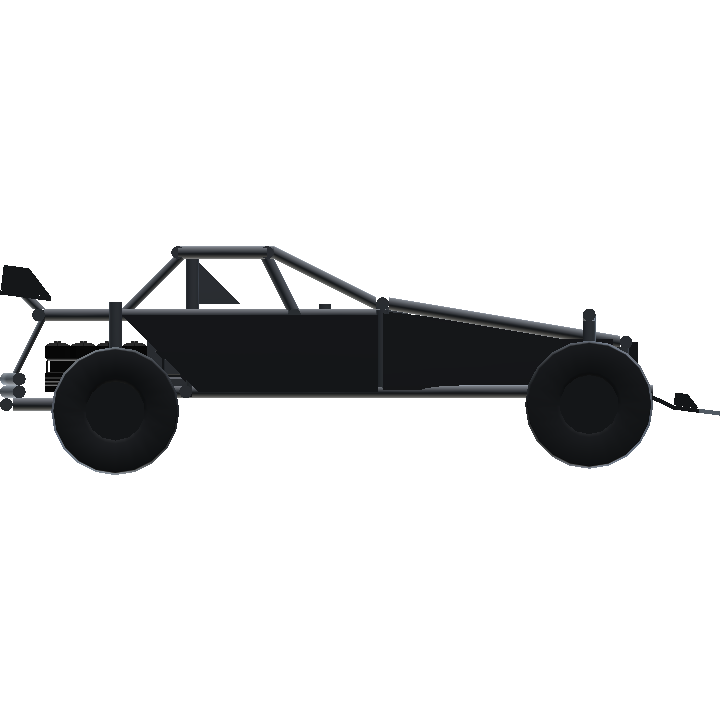 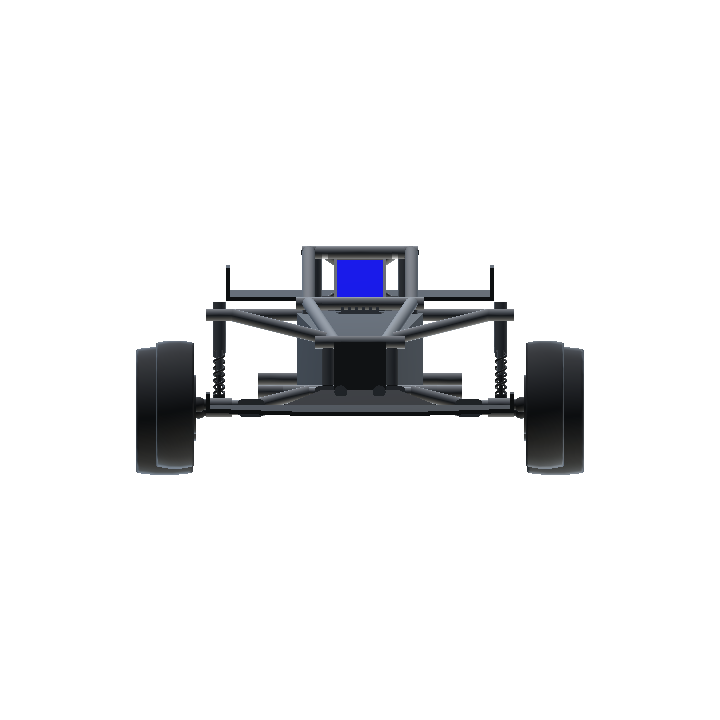