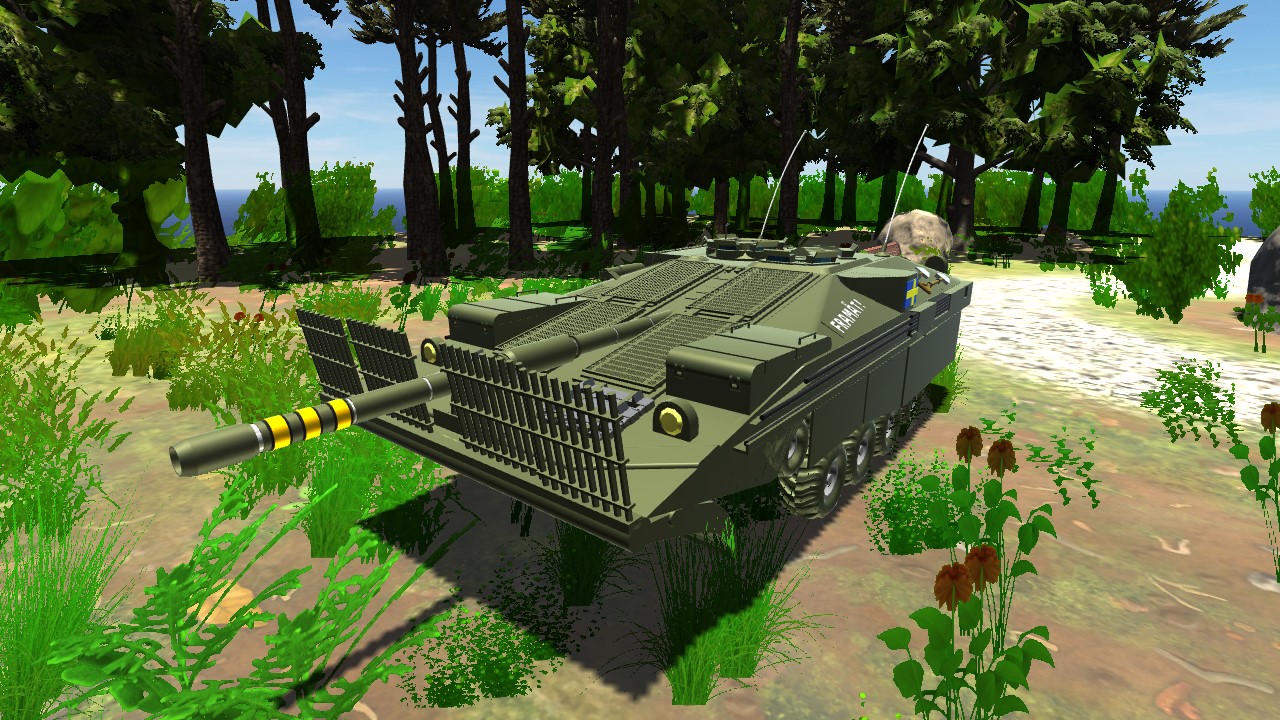 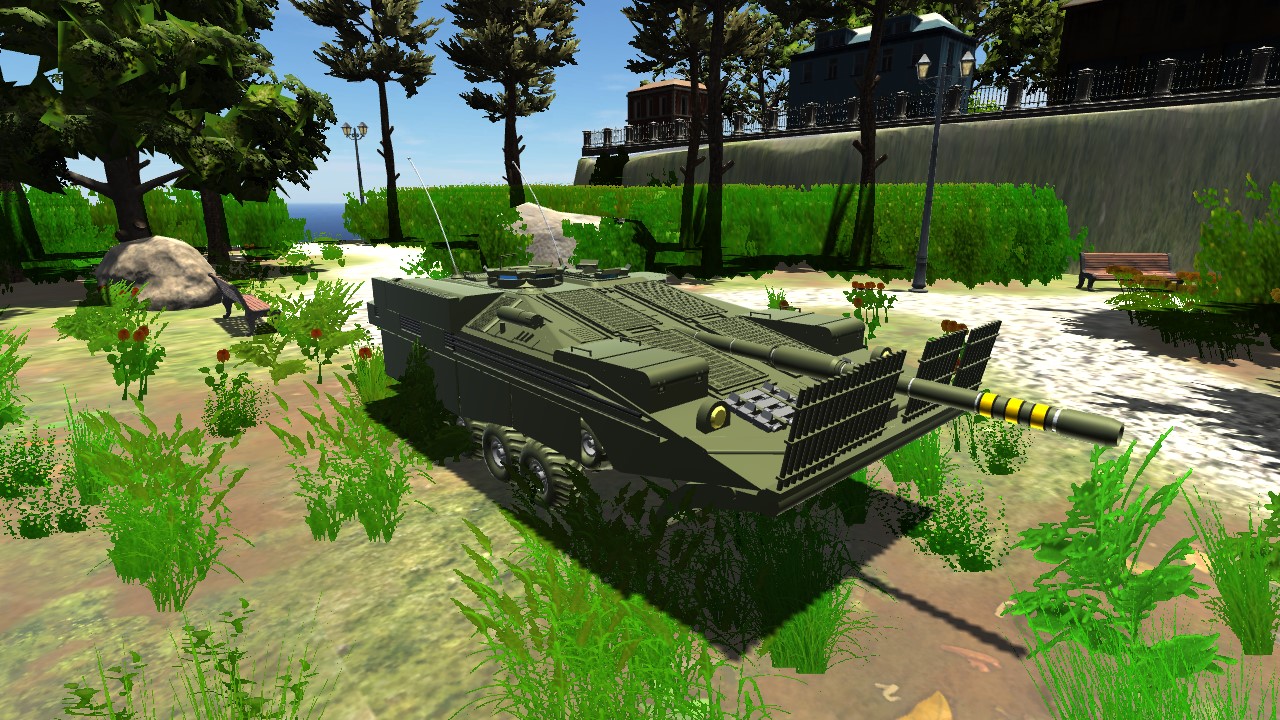 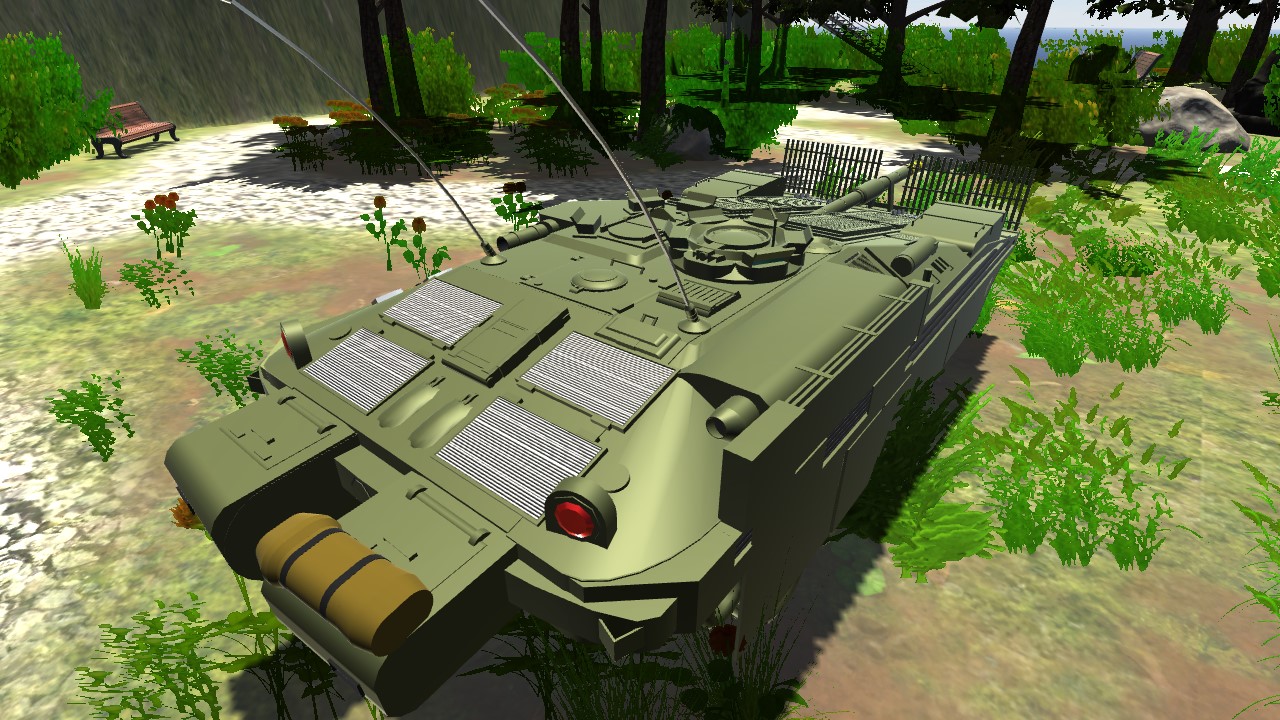 Controls
Pitch + Roll to steer and move around.
VTOL Up/Down to elevate/depress the tank.
Trim Down to lower the dozer blade.
AG1 for lights.
AG2 to activate water controls.

Description
Entering service in 1967, the Stridsvagn 103 (commonly known as the S Tank) was an unusual MBT designed by Sweden during the '60s. Unlike your usual MBT, this one had no turret and aimed its gun with the help of its hydropneumatic suspension. This allowed for both a low silhouette and also great elevation angles (-15/20*).

Armed with a 105 mm L7 gun, it could defeat any armored vehicle deployed at that time while staying very well protected. Army trials showed that it could withstand even the near direct blow of a 150 mm artillery shell. Thanks to its thin but extremely angled armor plates, it had about 290-310 mm of effective armor.

The Strv 103 would see three major modifications: A, B and C. The Strv 103D was an attempt during the late '90s to further modernize the aging MBT. This resulted in only one prototype. Later, in 1997, the Strv 103 would be replaced by the Swedish-built Leopard 2 under the designation of Strv 122.

Some thoughts about it
Started working yesterday on it and I think this took me about 16 hours to finish. Not much considering the absurd amount of details I put into it.
Something that is one big improvement over the older version is the suspension which isn't that weak anymore (hurray!).
Surprisingly maneuvrable. Also has cool gun recoil.
One thing that I really like is that I accidentally nailed the inscription on it. Like, really, it looks soo awesome! The tank itself, as a whole, does.
Sorry mobile users, I had to make a proper remaster >< 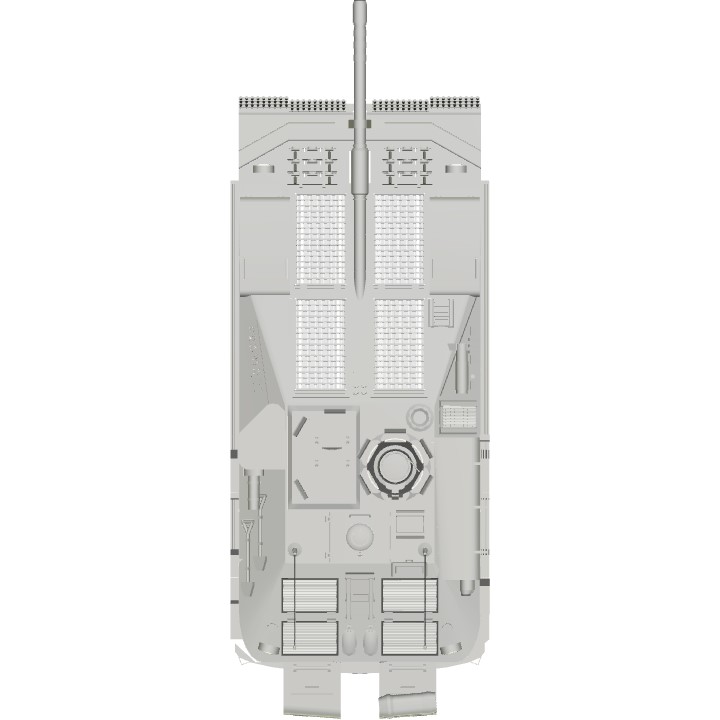 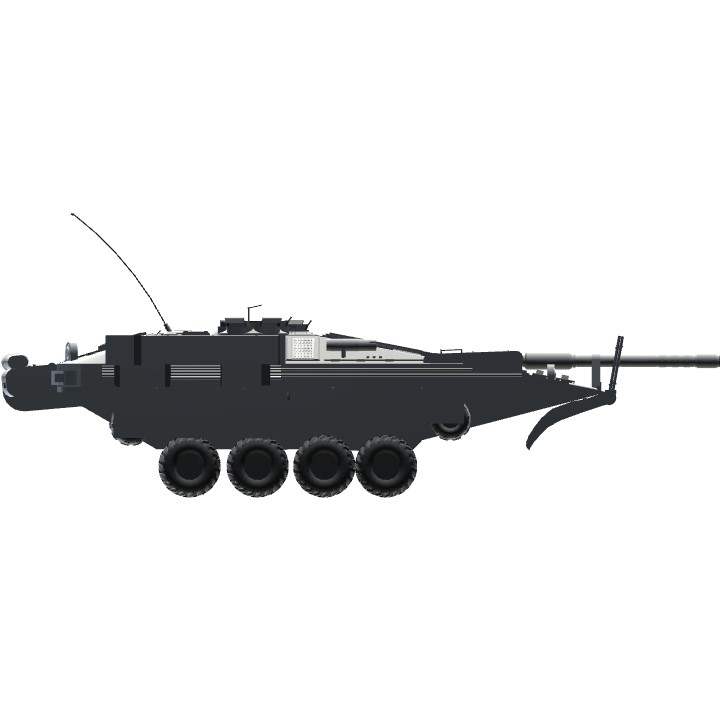 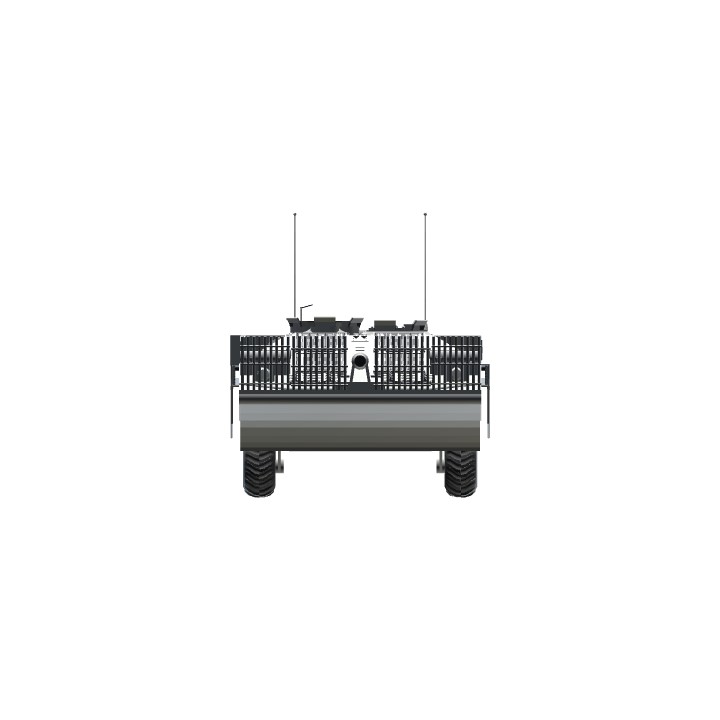