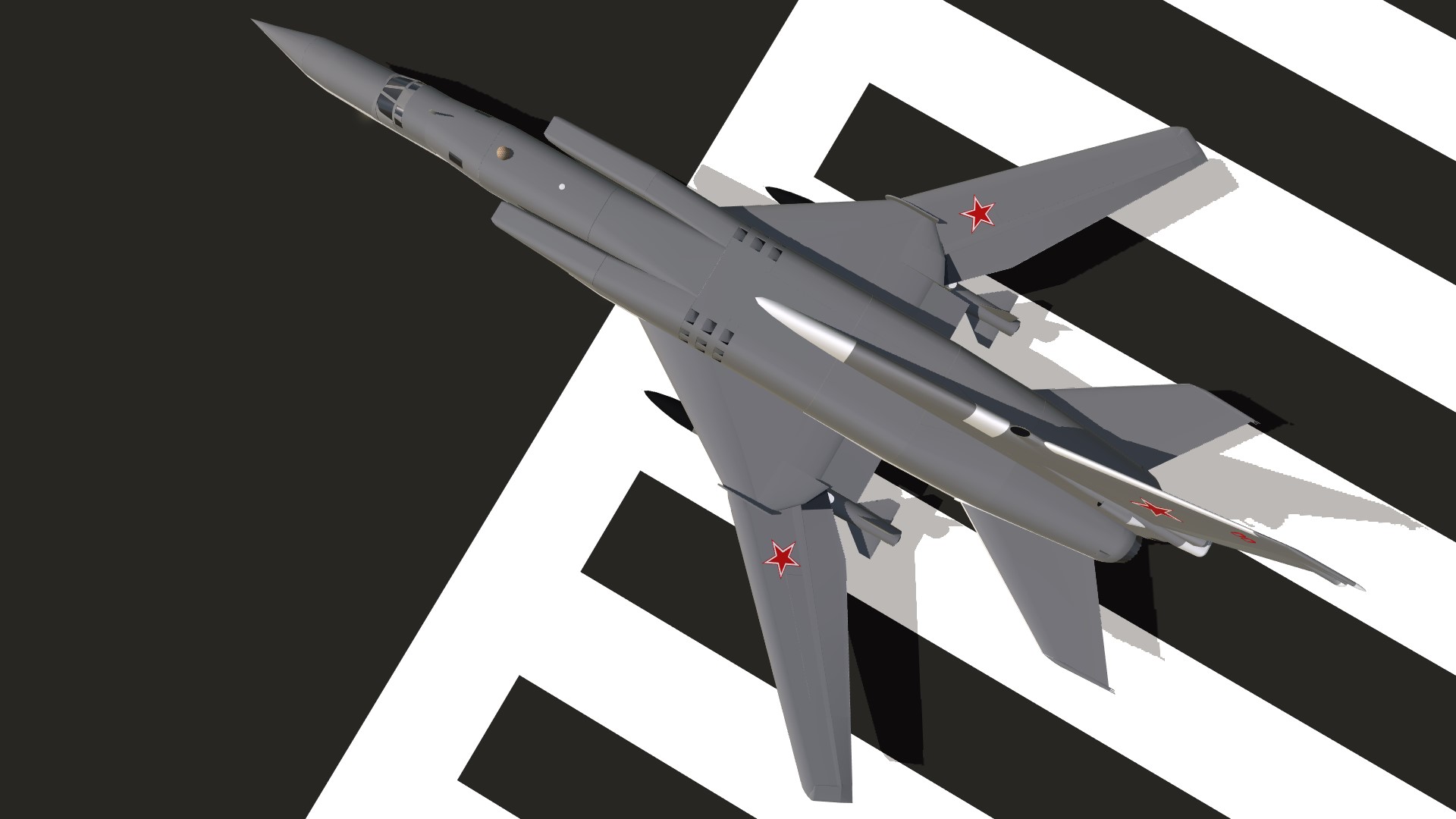 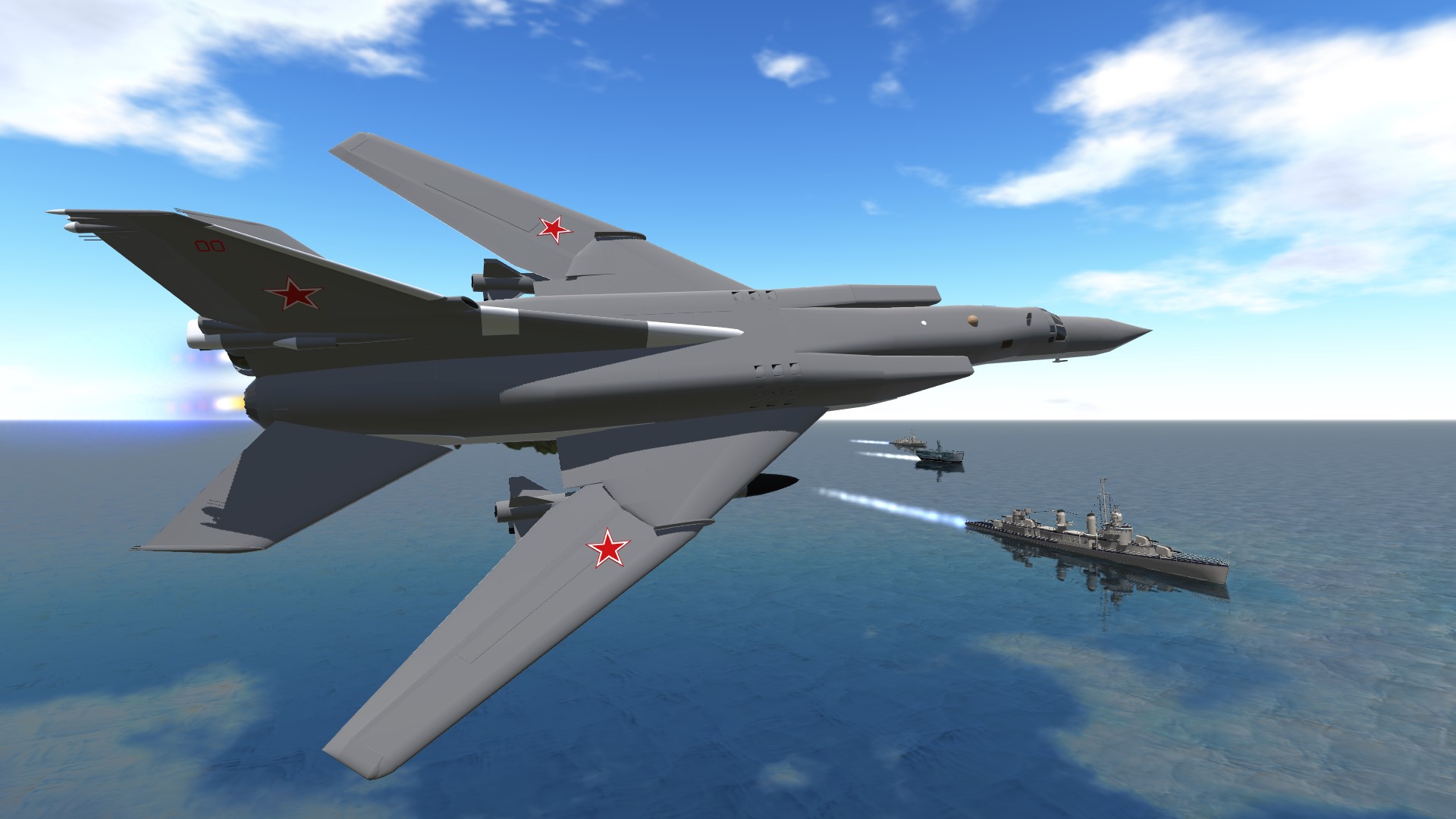 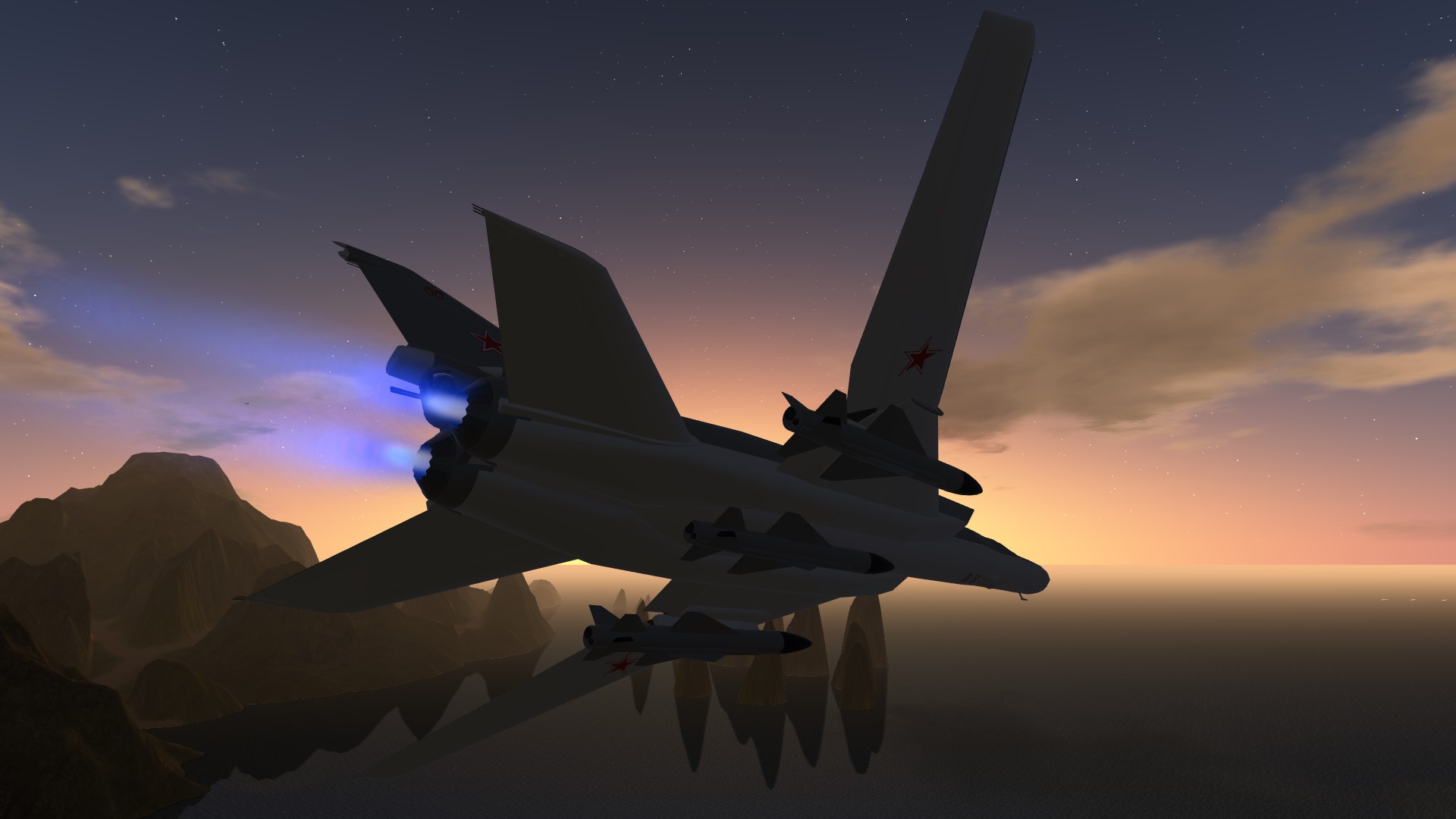 Use VTOL slider to control variable geometry wings. Up for flaps, down for full sweep, neutral for normal flight.

HANDLING
Aircraft will lift off between 175 and 200mph IAS with full flaps
Stall speed varies but speeds below 400IAS are only recommended for takeoff and landing. Maximum speed with afterburner and full sweep is between 1200 and 1400mph IAS depending on circumstances.

To save fuel, normal flight parameters are as follows: Neutral VTOL position, 90% throttle

For supersonic flight, engage afterburner at 100% throttle and move wings to full sweep (VTOL down).

Landings procedure is 30-50% throttle as needed, flaps between half and full as needed. Approach speed should be 300mph with touchdown around 200mph. USE ACTIVATION GROUP 5 FOR DROGUE CHUTE This aircraft is armed with 3 Raduga Kh-22 standoff missiles capable of destroying surface targets from extreme ranges and beyond visual distance of the aircraft itself.

Launch Procedure as follows
-Set aircraft on a steady heading and into a mild climb
-Engage the LAUNCH AUTOPILOT by DISABLING ACTIVATION GROUP 8
-Select the proper camera and activate the missile. 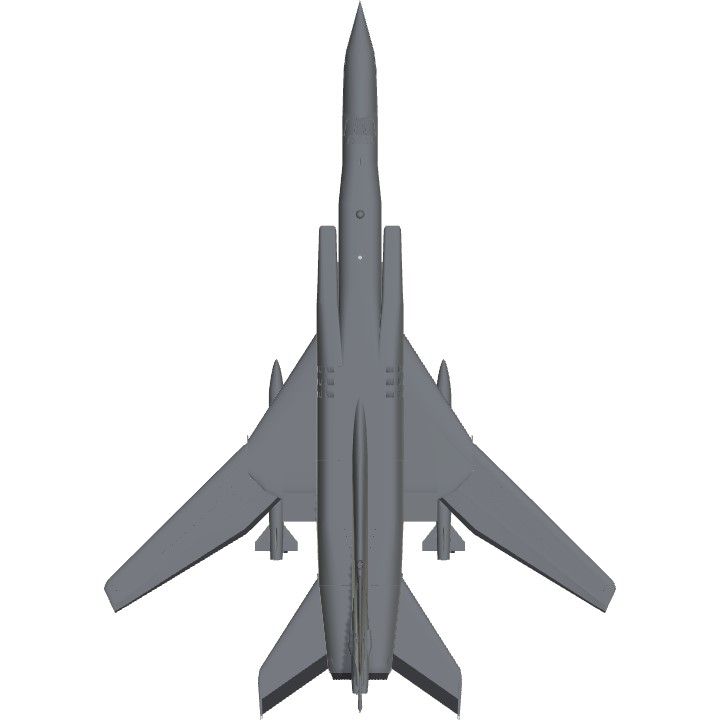 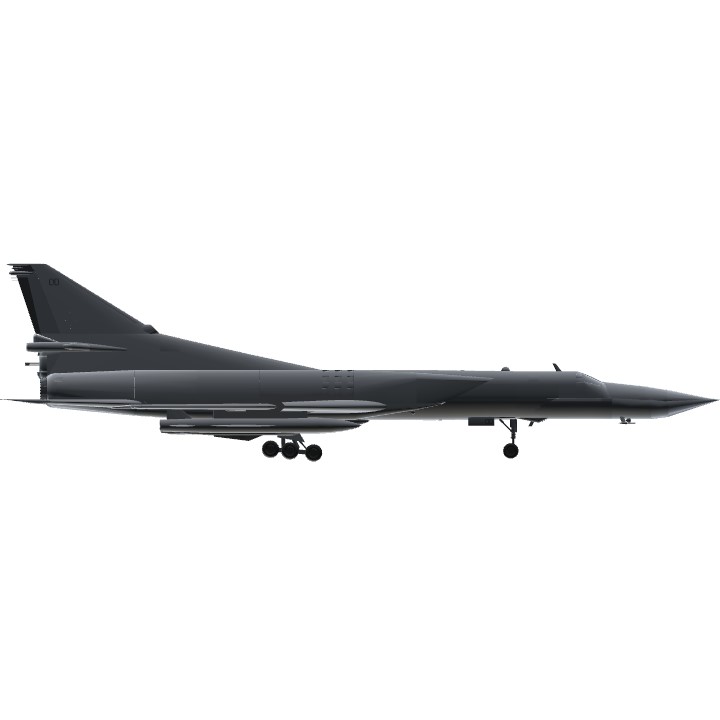 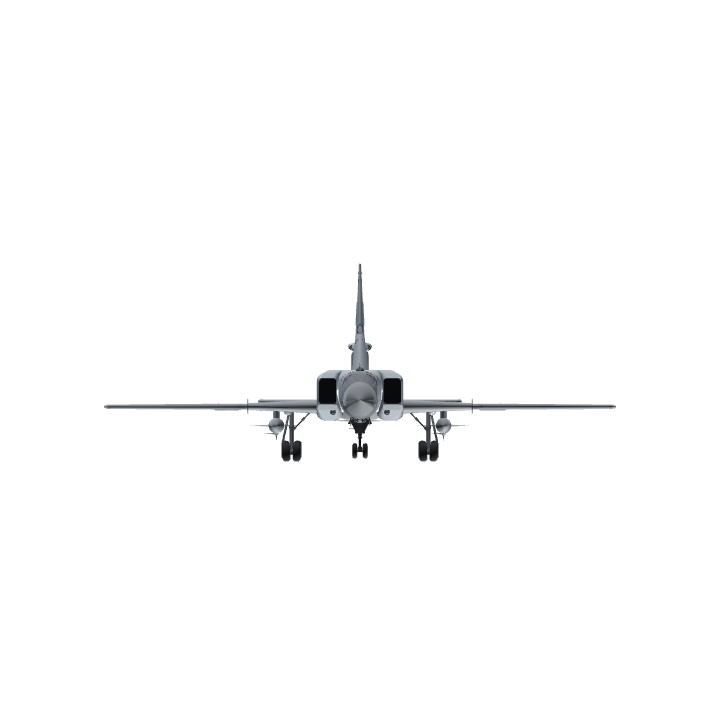