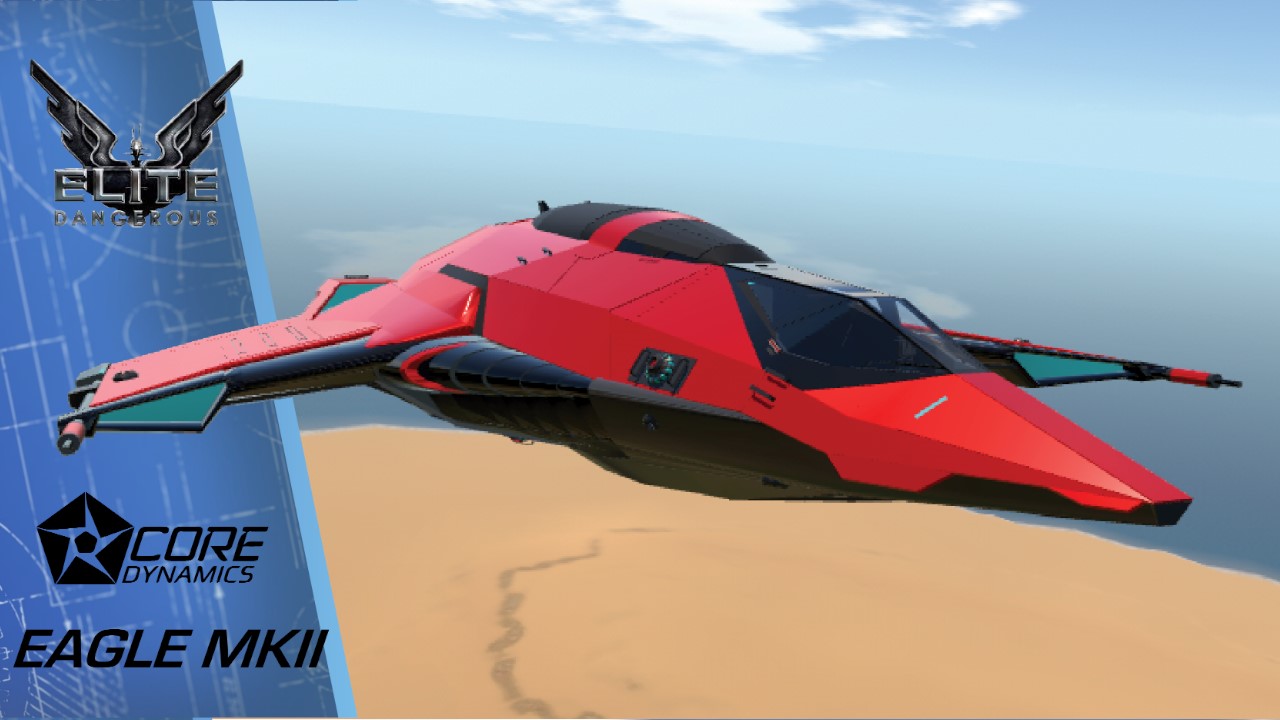 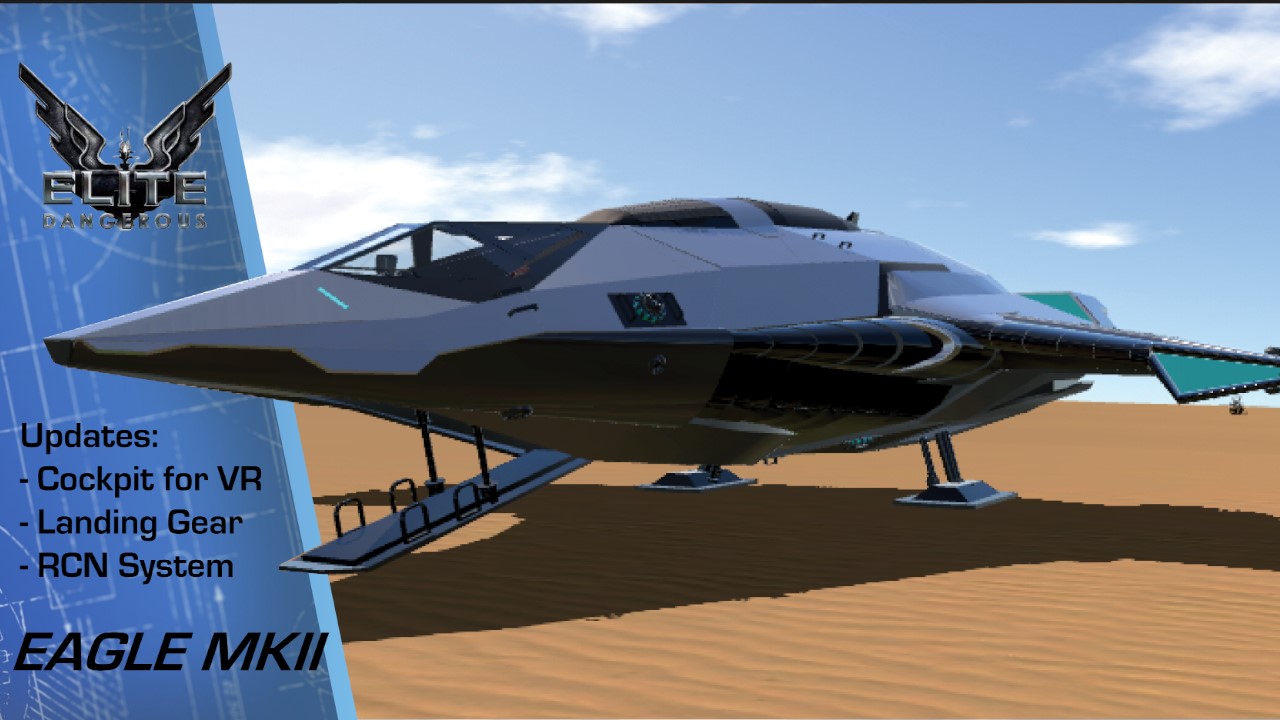 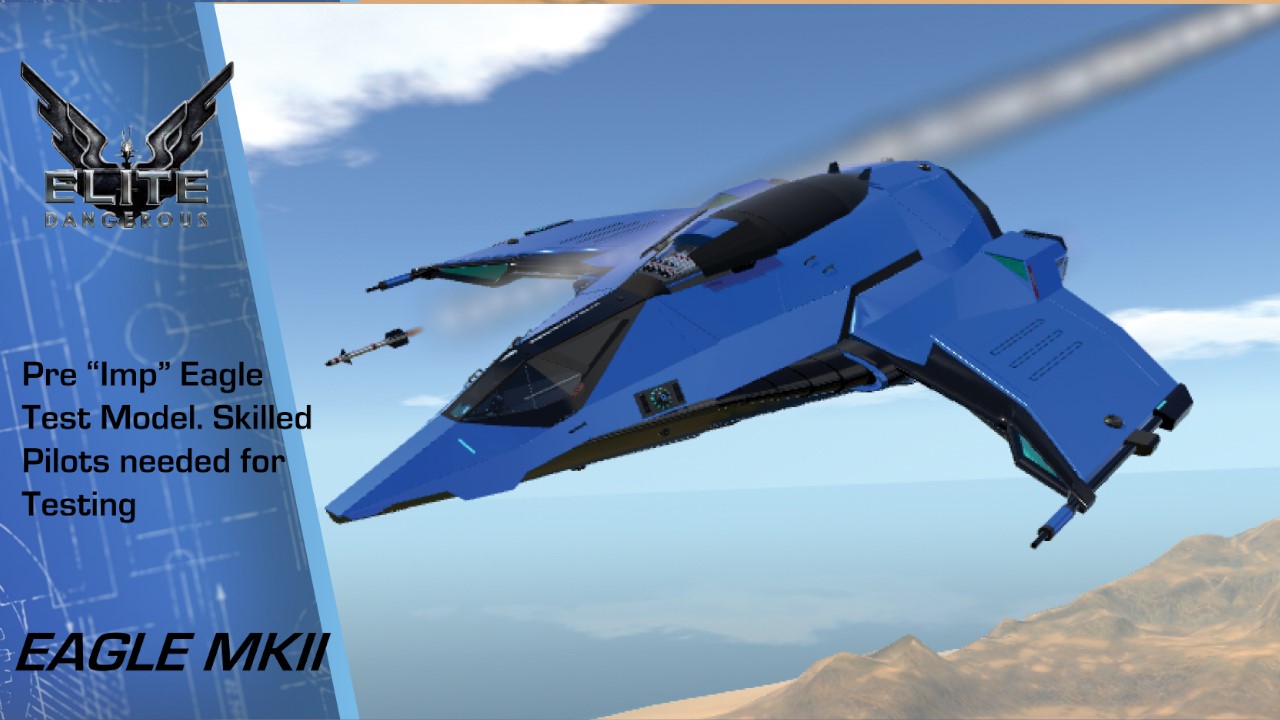 Take Off: Engage Engine 2 and increase power, once aircraft is airborne Engage Engine 1, once up to a speed disengage Engine 2. Do the reverse for landing. Be sure to disengage the Hover Engine when using the main flight engine, as it will damper your maneuverability.

Note 1: A flap less RCN control system is a major update done to this craft. It has the option to out turn almost anything, but it takes some getting used to, and can be modded by tuning the engine.

Tuning: To access the engine and vector controls, Simply select the Panel above the Engine labelled ENGINE ACCESS, use the transform tool, select Connected Parts, and use the nudge feature to lift the engine up, I'd recommend by a value of 10, from there you can change anything you want, and when your done, simply lower it back into place. The Funky Trees coding is nothing crazy, but if you need help, just feel free to ask.

"If someone is taking a Eagle into battle they are either very skilled, or very foolish" -The Pilot (Youtube Series)

For all the CMDR's in the community, and an introduction to those who have never played Elite Dangerous. Elite is definitely no Ace Combat. Demanding pilots be able to fly backwards and sideways, disengaging flight assist as you tumble through the vacuum of space which can leave many new CMDR's disoriented. For many new pilots they learn this in the cockpit of an Eagle, a ship both loved and hated by the Elite Dangerous community.

From The Elite Dangerous Wiki
The Eagle MkII is a ship manufactured by Core Dynamics. As a proven combat fighter with a distinguished history, the Eagle MkII is one of the smallest, cheapest, and fastest ships available with jump capability. This comes at the cost of limited core internal modules, however, restricting its potential jump range and burdening it with heat and power management issues. The ship was introduced with much fanfare in 3199 as the Federal Navy's new, state-of-the-art fighter, but was initially plagued with issues and then overshadowed by the Imperial Navy unveiling their own version, the Imperial Eagle.[1] Although the Federal Navy later replaced the Eagle MkII with their short range fighter program, the ship managed to rebuild its reputation over the years and achieve enormous commercial success. Core Dynamics ceased production of the Eagle MkII by 3300, but continues to provide parts and servicing due to its enduring popularity.[2] The Eagle MkII still sees extensive use across human space, and it is also one of the four vessels permitted in the CQC Championship.

Update Note:
This is version 3 (Actually 5 for me), and uses a tuned RCN system, like the Elite Dangerous game model. After this last game update, and the old model being 6 months old, I think I'm ready to post this latest version utilizing all the additions I've added since then. This includes, a cockpit for VR, gauges and buttons, including some left blank for easy customization for those who want to expand on the ship. I fixed an issue with the landing gear, and I made it scale accurate, meaning it's about 25% bigger. This version also uses some FT coding to help make it easier to fly, without dampening it's performance. Similar updates has been already done on my Krait model, with it going through some testing, along with the new features being fully integrated into my ED Viper model which is well still in the works. 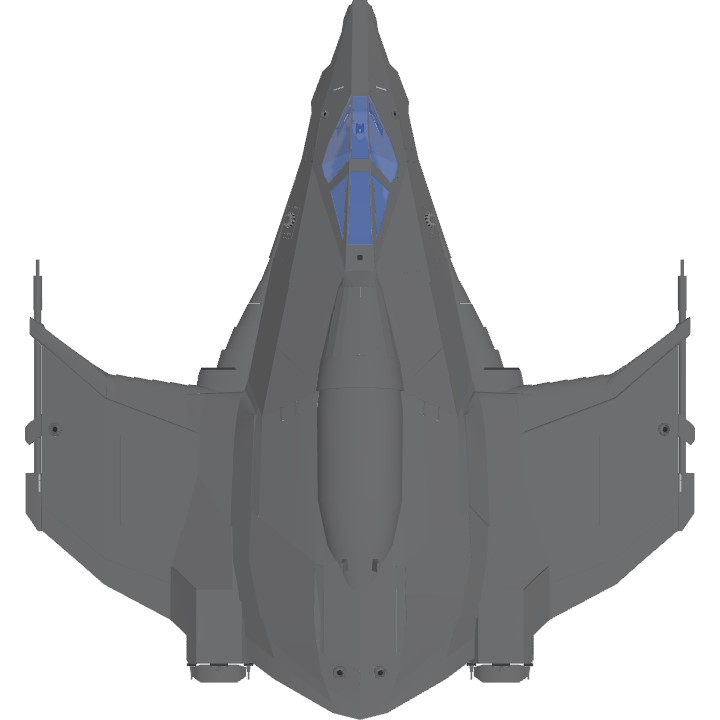 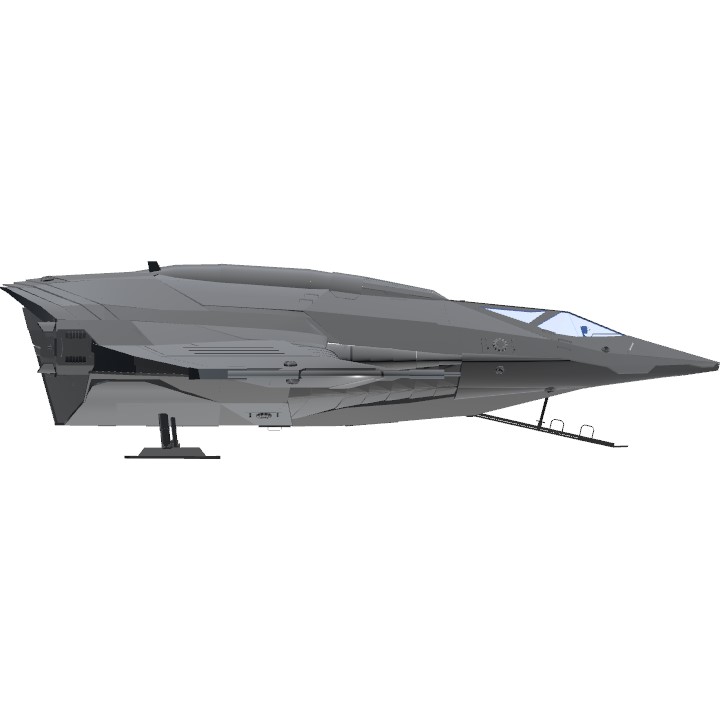 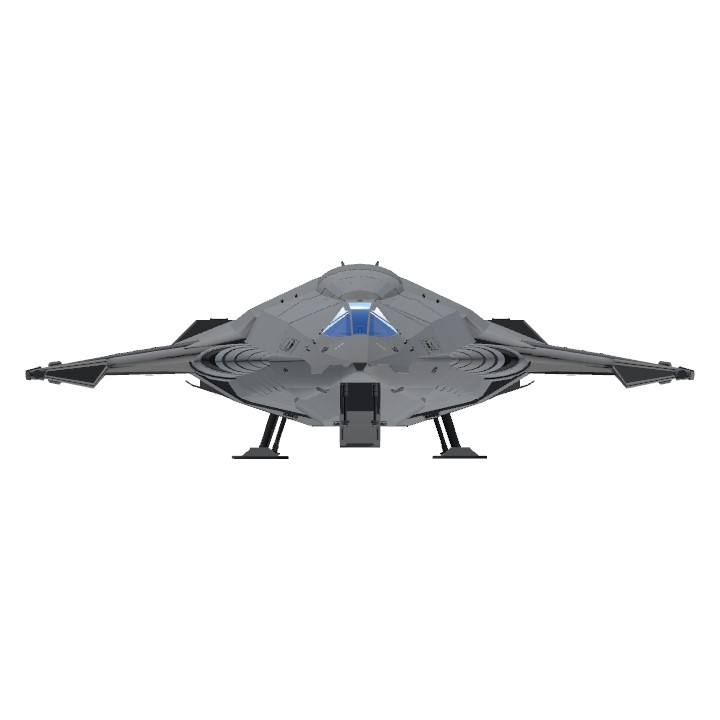