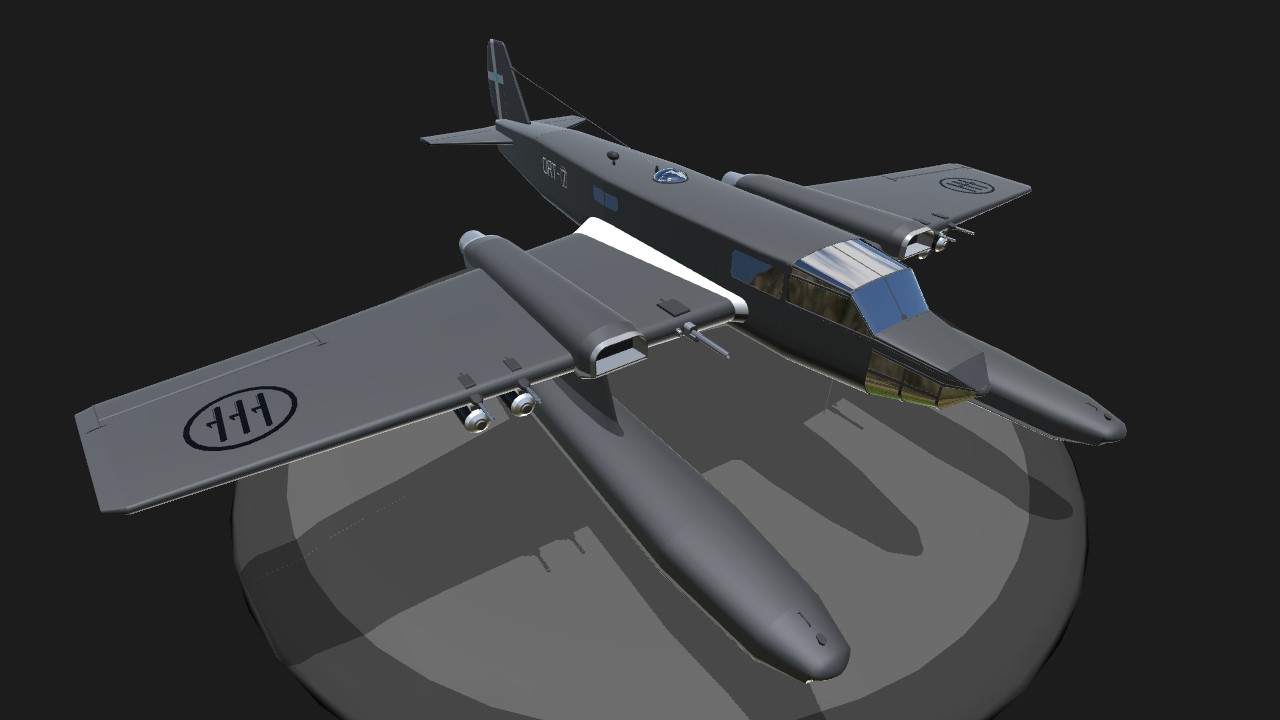 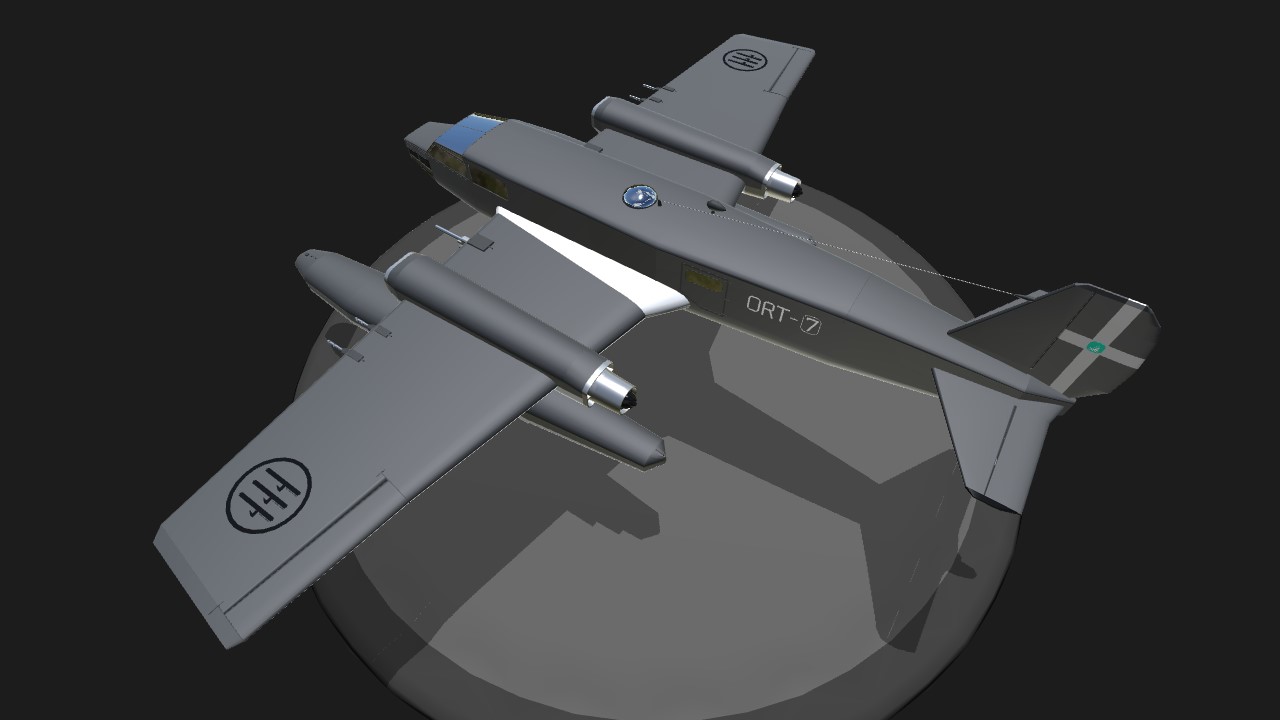 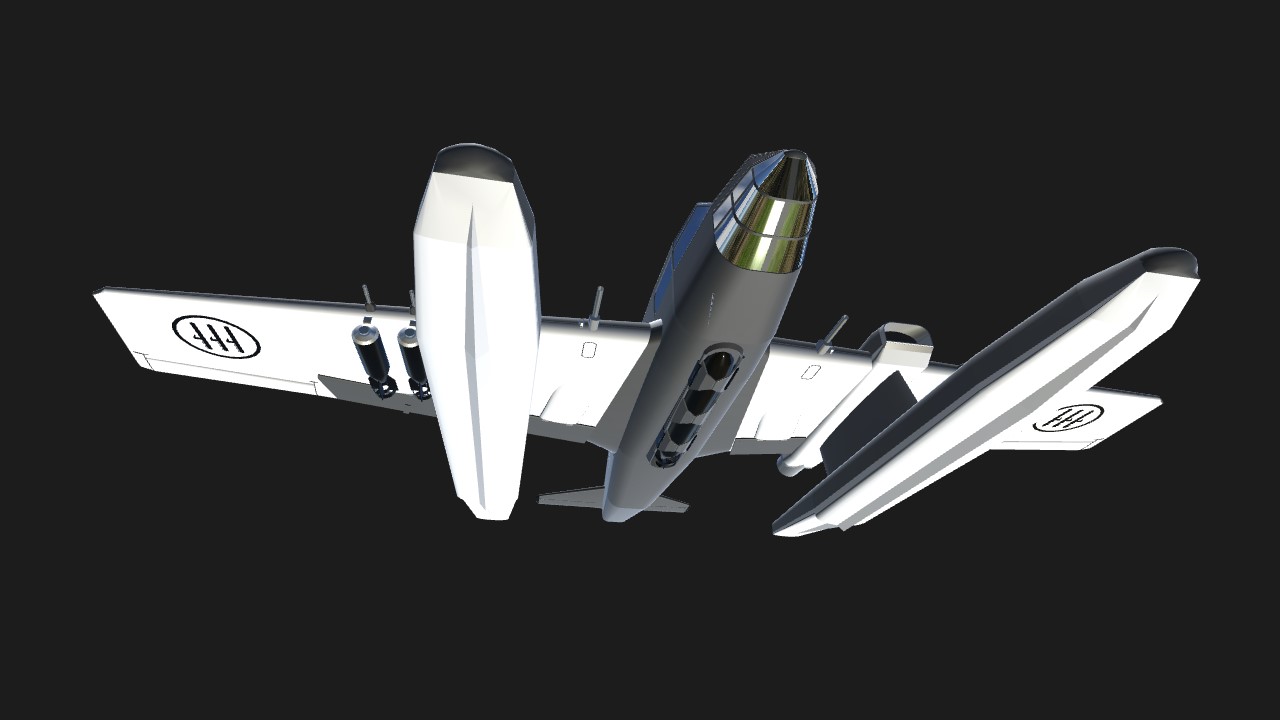 Use 30% throttle and full pitch-up trim if desired; drop torpedo from 200ft or below.

Descend using 15% to 20% throttle. For final approach and landing, use 10% to 15% throttle and VTOL down fully for full flaps. On touchdown, throttle off.

AG5 on to enable differential thrust. Use low throttle and Yaw to steer left and right. AG 5 off before commencing take-off.

Little is known about this particular example of early Italian jet aviation. In the chaos of the closing months of the War, most reliable documentation and records were lost or deliberately destroyed, leaving little more than anecdotes passed down verbally, notes in personal diaries, blurry, damaged photographs and the occasional physical souvenirs taken by Allied troops.

The Caproni CA.416 was an ambitious experiment to evaluate the use of jet power for float planes. Caproni were selected to build and test the concept and because of the company's good reputation, the decision was taken to press ahead with a fully armed and combat capable prototype. The resulting aircraft showed some similarities to the CA.316 and it is thought that the craft was built using many common parts.

The craft is understood to have been extensively tested and was said to have good take-off handling and more than favorable handling in the air. Speeds in excess of 340mph were recorded at the low altitudes typically flown by torpedo bombers, but it is not known how the aircraft performed at height.

Early trials suggested that the dorsal turret's effectiveness was reduced by the plane's higher speed so the decision was taken to replace it with a small observation blister to aid the navigator.

The Caproni designers concluded that had the aircraft been fully developed, it would have become a very effective Naval Strike Aircraft but, given the poor reliability of the engines at that time, further development would not be advantageous.

It was thought that no film footage existed of the CA.416 until 2013 when a team of archivists, who were digitally restoring Italian Propaganda films, found a 9 second snippet of film showing a CA.316 in flight being caught, then easily overtaken by the CA.416

Greater than 340mph at low altitude.

Maximum working altitude unknown as most testing was carried out at no more than 3,000ft.

Usually 3 during testing in combat scenarios. Officials and dignitaries were said to have also been aboard for general flight demonstrations.

Specification of all weapons unknown.

An Italian style jet-bomber-fighter-floatplane. Just to add some more oddness into the mix! Also I tried to dial back the dieselpunkiness a bit. 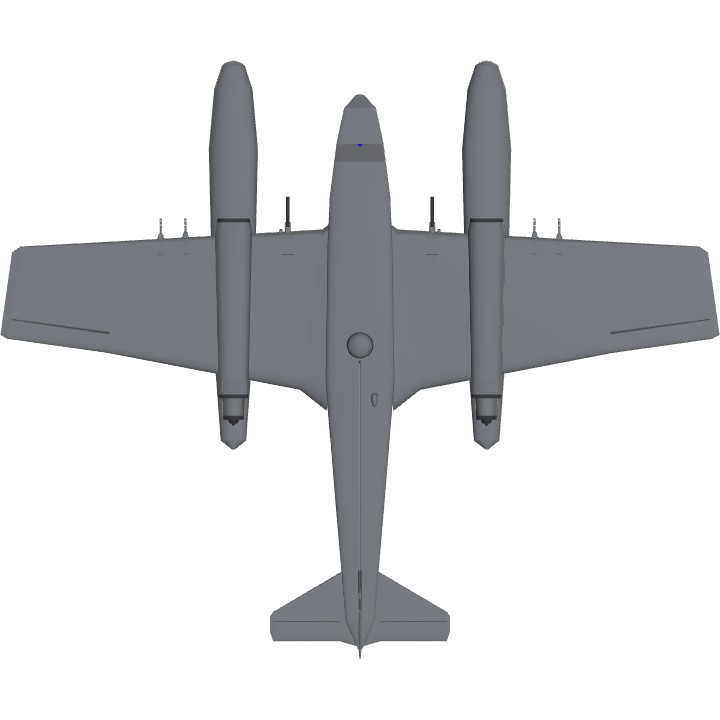 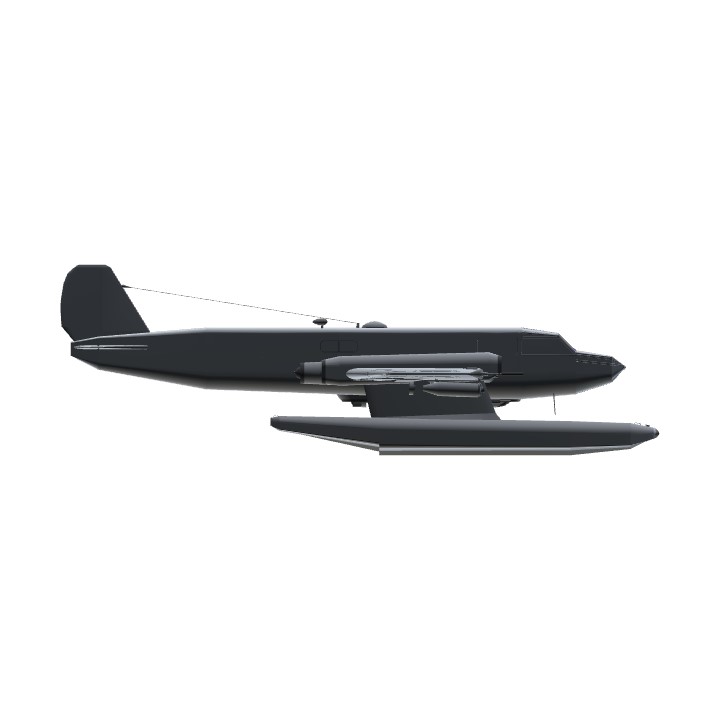 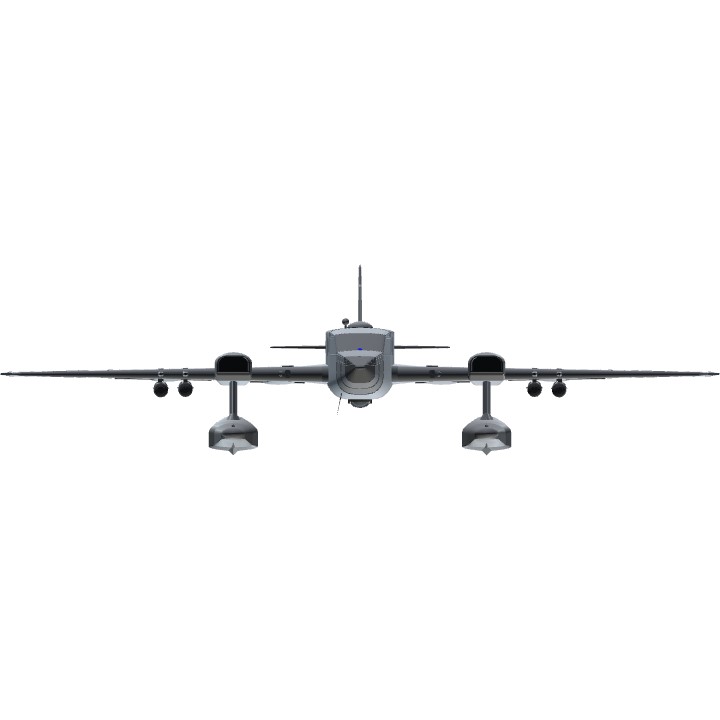