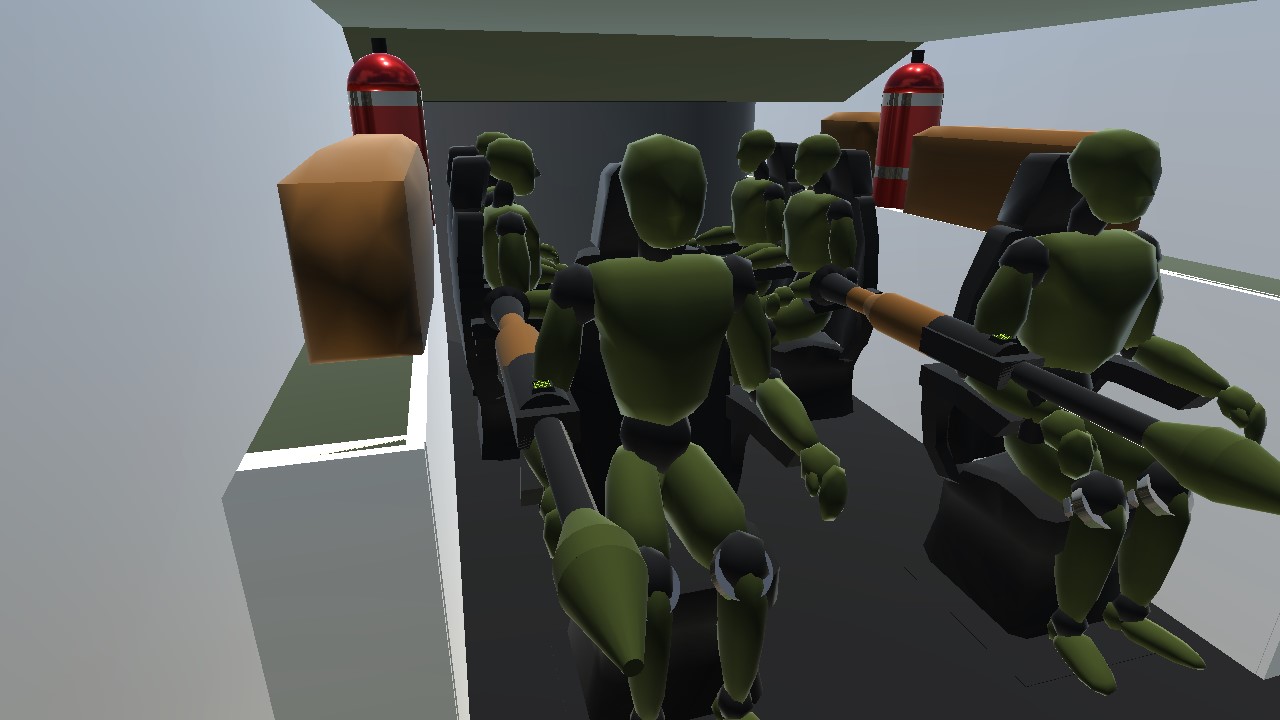 The VM-44 Pratchett is a modern IFV with two deployable (and recoverable!) soldiers, equipped with RPGs to deal with any threats on the battlefield without danger to the vehicle itself!

Tested and optimized for combat within the world of SimplePlanes.

In 1984, after years of rising tensions resulted in increased military spending in the major powers of the world, the Colonial Republican Army needed a new IFV to replace the aging Aardvark IFV platform, which had reached the end of its effective service life. With the Ordnance Department unable to design a cost-effective vehicle, it was decided to lease the program to a private company. A design competition was announced, with requirements for a 30-ton wheeled IFV that would match the capabilities of contemporary systems around the world.

Harris & Co. eventually won the contract with their VT-44, which was later designated as the VM-44 Pratchett in honor of Henry Pratchett, a prominent early pioneer who was integral to the founding of the Colonial Republic.

While the new vehicle didn’t incorporate anything particularly groundbreaking, the Pratchett was a rugged, reliable, well-designed IFV that was more than a match for any comparable system it would’ve faced. Its 40mm autocannon and complement of anti-tank missiles gave it more firepower than most other IFVs, and its excellent frontal armor even served as partial protection against some older MBTs. As an IFV, it could transport 6 fully-equipped soldiers to the front line.

After 26 months of development, the VM-44 Pratchett entered service in October of 1986. Four months later, international tensions came to a head with the assassination of Peruvian President Ronaldo Alvarez by nationals from the United Maritime States. Within a few weeks, the entirety of the western hemisphere had descended into war, and the Colonial Republic found itself dragged into the conflict.

Over the next eight years, Pratchett IFVs fought with distinction from the Falklands to the Canadian tundra, and everywhere in between. They formed the backbone of the mobile infantry forces, and they were continuously upgraded to maintain parity with enemy IFVs. The Pratchetts were well-liked by their crews and respected by their enemies, and by the end of the war in 1993, a total of 34,755 vehicles had been produced, including variants fielded by allied nations. Their service continued past the war, but by 1998, even the upgraded Pratchetts were beginning to show their age, and they were completely phased out of Colonial service by 2004. With this long service life in the midst of the Pan-American War, the VM-44 Pratchett left its mark on history, and it is easily one of the most famous and recognizable military vehicles ever produced. Several thousand are still in service among various nations around the world.

This particular vehicle is a mid-war variant, with upgraded optics, missiles, and suspension. It comes fully loaded with 6 soldiers in the rear, along with stowed equipment for the crew. The variant, markings, and equipment are consistent with vehicles of the 14th Infantry Division at the time of their participation in the Battle of Atlanta.

MANEUVERABILITY
Weight: 33 tons, fully loaded
Top Speed: 240mph
(this is highly unrealistic, but because SP doesn’t have a reliable system for limiting the top speed of vehicles without also destroying the HP/ton ratio, I opted for practical torque and power, rather than top speed. Careful management of the pitch control can produce a more realistic feeling.)

There’s a lot here, especially with the soldiers! This will take a tad of time.

Flat ground is preferable, due to the gyros in the soldiers.

To exit from IFV:
—Use landing gear to open rear door, deactivate group 8, activate group 1 or 3, and shuffle the soldier out the back.

Soldier movement:
—Camera 2 for orbit view.
—Standard pitch/roll/yaw controls apply.
—For delicate maneuvers, use pitch to shuffle soldier along the ground.
—For faster movement, activate brakes. This will extend two pistons in the soldier's legs, giving much greater movement speed.

RPG Controls:
—Camera 3 for first-person view.
—Red dot in center acts as aim guide.
—RPG fires once every 5 seconds.
—If controls get a bit sticky, going into slow mo can make aiming much more precise.

Recovering Soldier:
—Soldier is equipped with flares, to make finding him from far away as easy as possible.
—Recovery area must be as flat as possible, for ease of mobility.
—Move soldier so he's directly perpendicular to the rear door, with his feet slightly behind it.
—Use brake to fully extend pistons. This will lift the soldier into the cabin of the IFV.
—Before retracting the pistons, pitch forward, so they don't go through the floor.
—Make sure to deactivate the soldier AG before setting off! If you don’t and you brake, his pistons will extend and destroy the IFV!
—Proper recovery can take a while to get right, so if it doesn't work, just keep trying!

From here, the soldier can be deployed as many times and in as many places as you see fit! Have fun! Destroying a tank with the 40mm 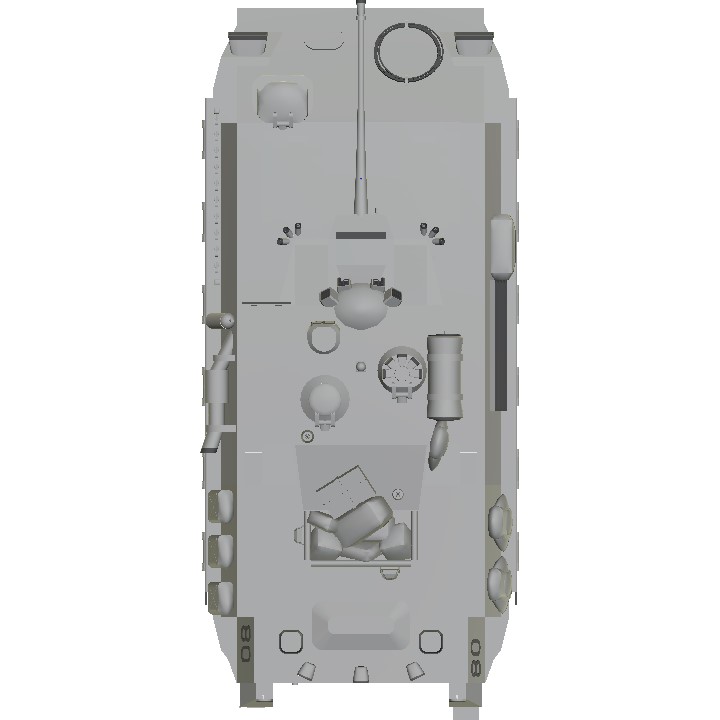 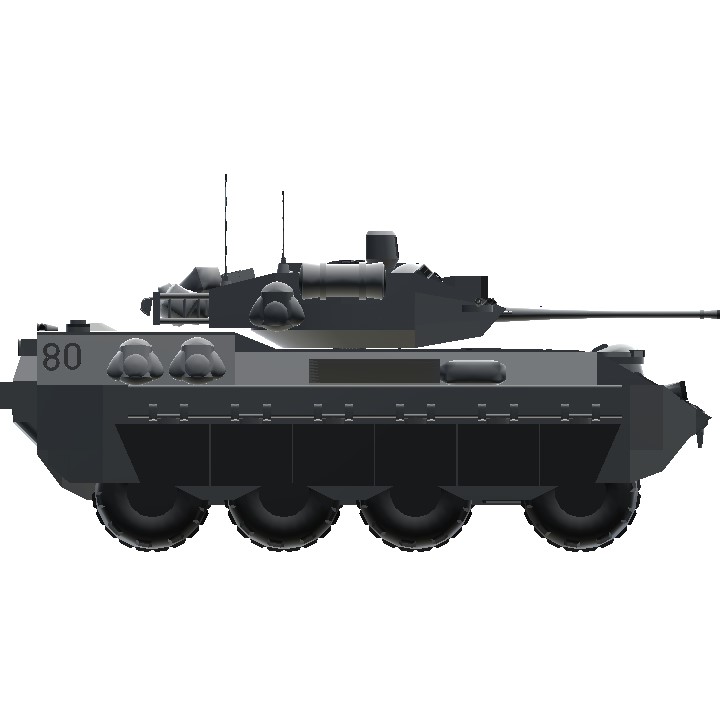 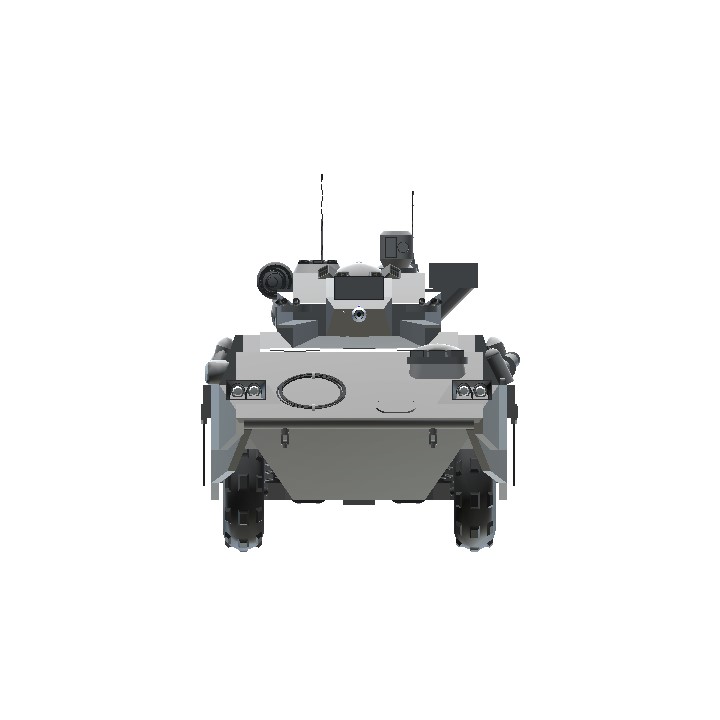