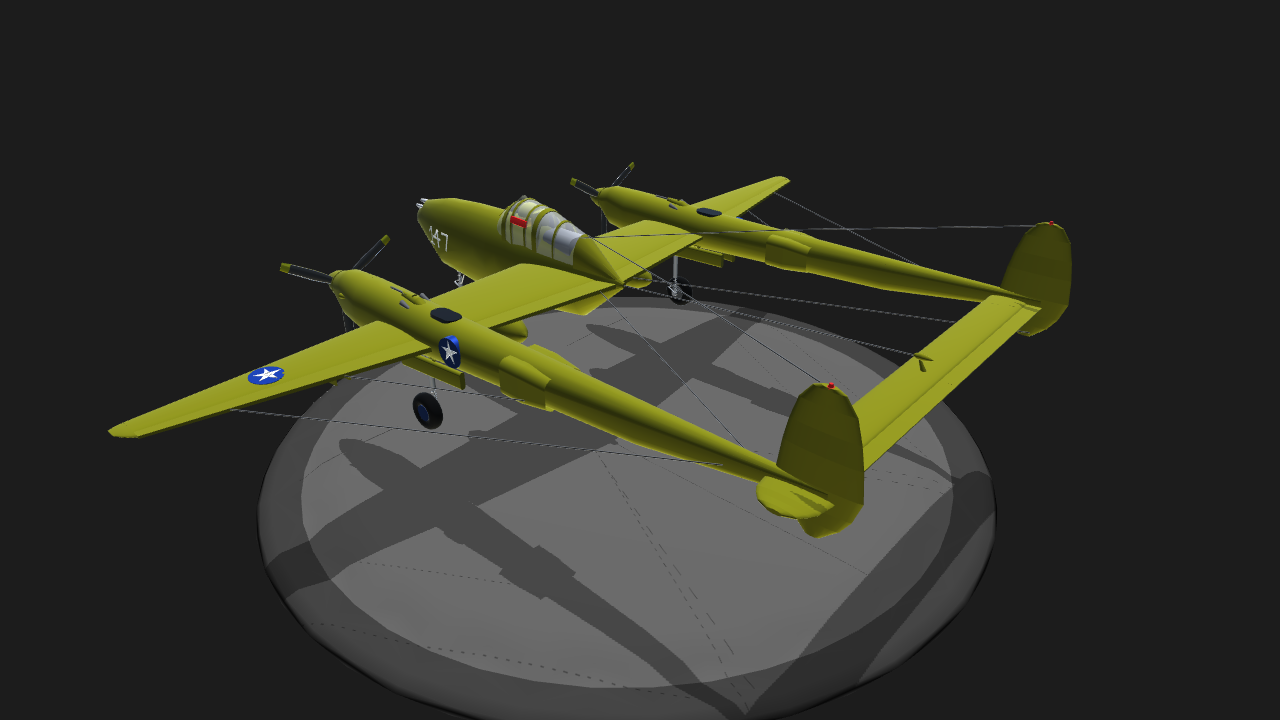 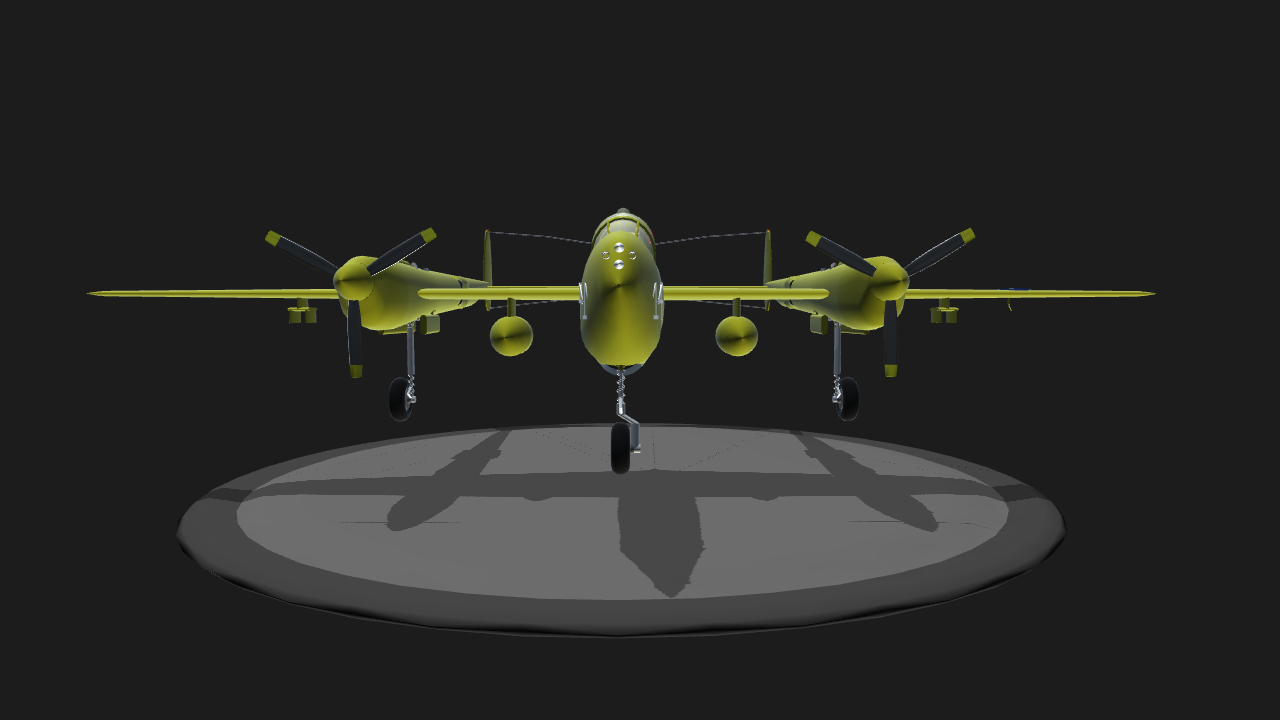 This is the P-38 Lightning. It is a two engine heavy fighter class. It has 4 guns, 2 Rocket racks, and 2 Auxiliary Tanks.

WIKI-
The Lockheed P-38 Lightning is an American single seated, piston-engined fighter aircraft that was used during World War II. Developed for the United States Army Air Corps, the P-38 had distinctive twin booms and a central nacelle containing the cockpit and armament. Allied propaganda claimed it had been nicknamed the fork-tailed devil (German: der Gabelschwanz-Teufel) by the Luftwaffe and "two planes, one pilot" by the Japanese.[6] Along with its use as a general fighter, the P-38 was utilized in various aerial combat roles including as a highly effective fighter-bomber,[7] a night fighter,[8] and as a long-range escort fighter when equipped with drop tanks.[9] The P-38 was also used as a bomber-pathfinder, guiding streams of medium and heavy bombers; or even other P-38s, equipped with bombs, to their targets.[10][11] Used in the aerial reconnaissance role, the P-38 accounted for 90 percent of the aerial film captured over Europe.[12][13]
The P-38 was used most successfully in the Pacific Theater of Operations and the China-Burma-India Theater of Operations as the aircraft of America's top aces, Richard Bong (40 victories), Thomas McGuire (38 victories) and Charles H. MacDonald (27 victories). In the South West Pacific theater, the P-38 was the primary long-range fighter of United States Army Air Forces until the introduction of large numbers of P-51D Mustangs toward the end of the war. 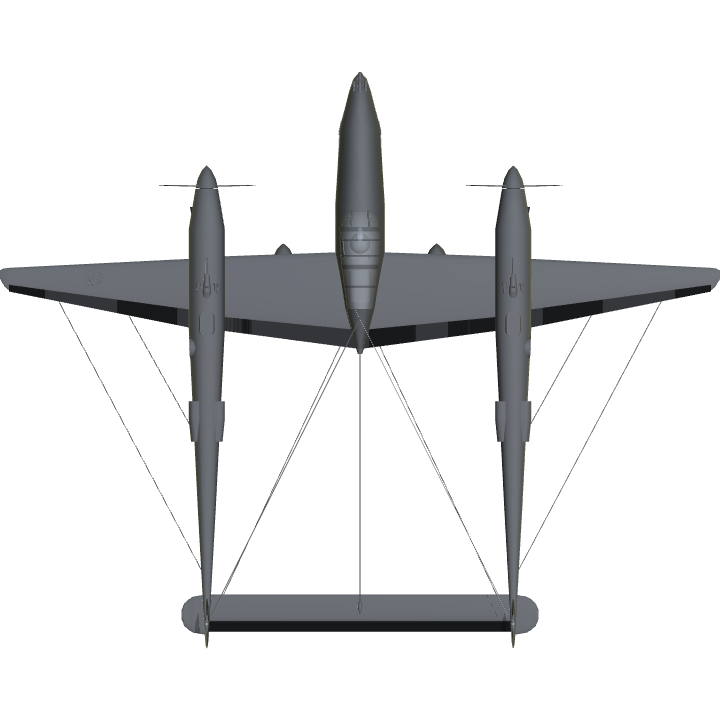 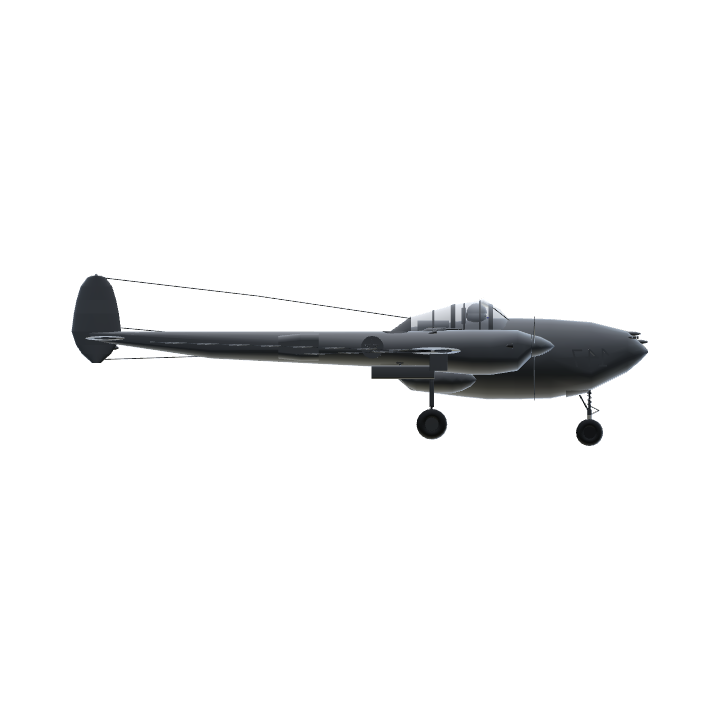 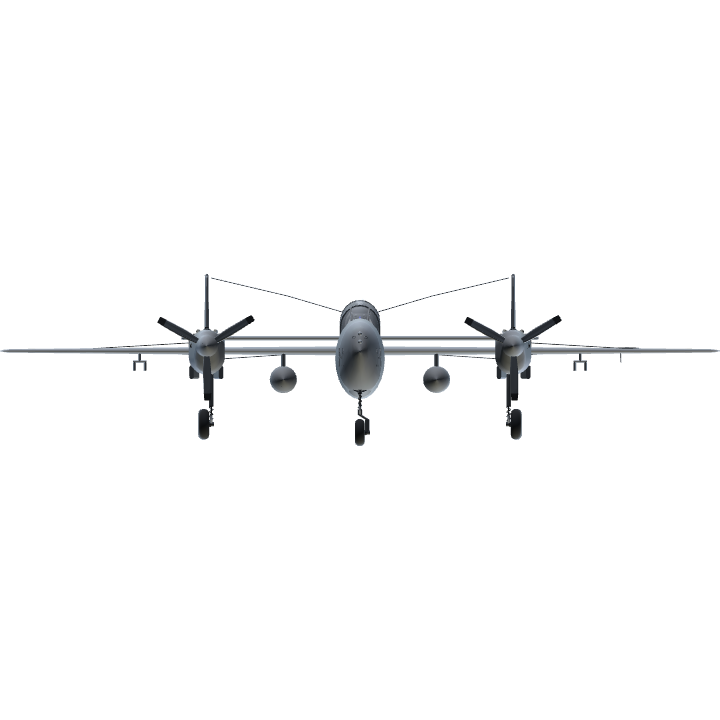