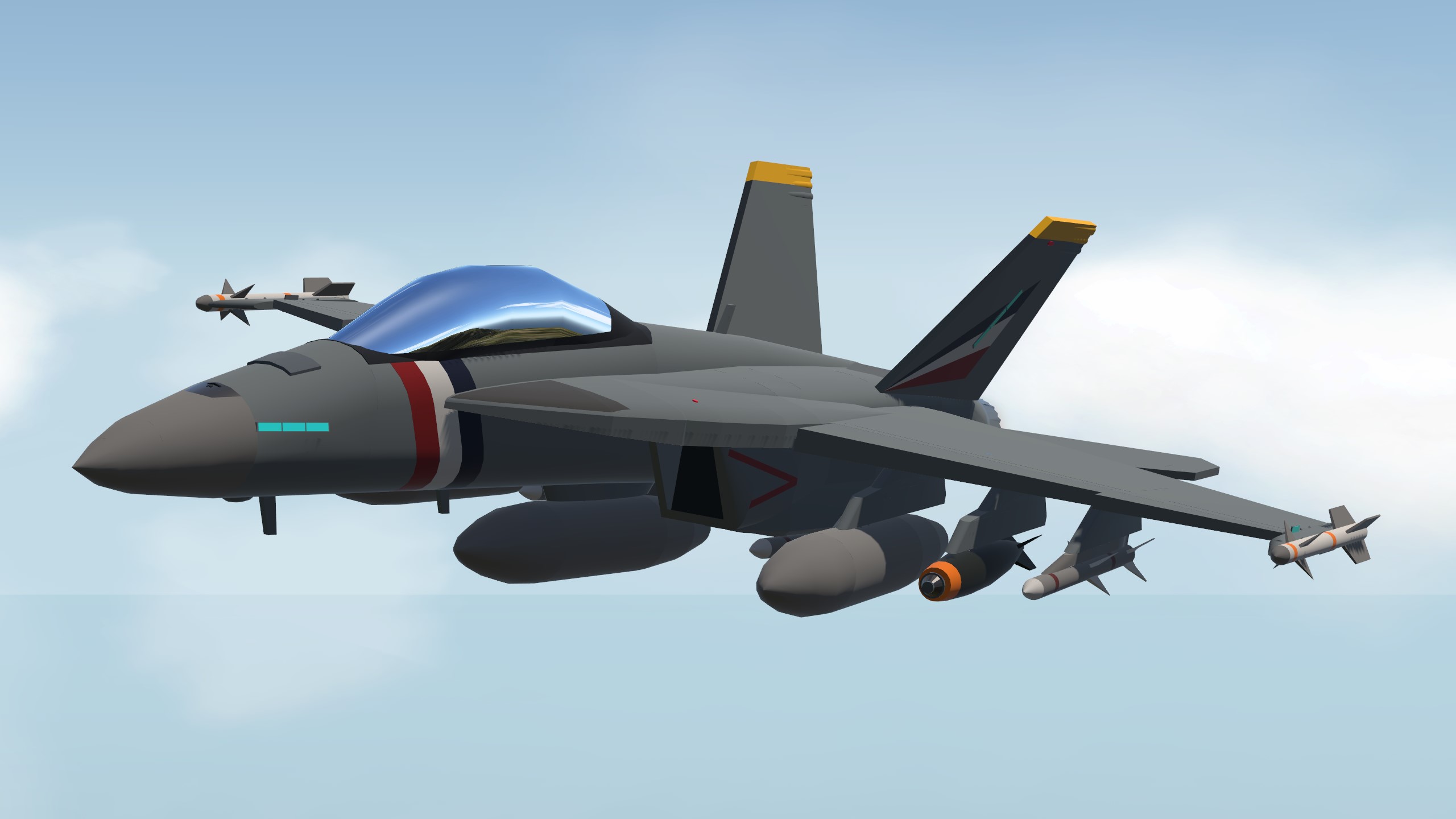 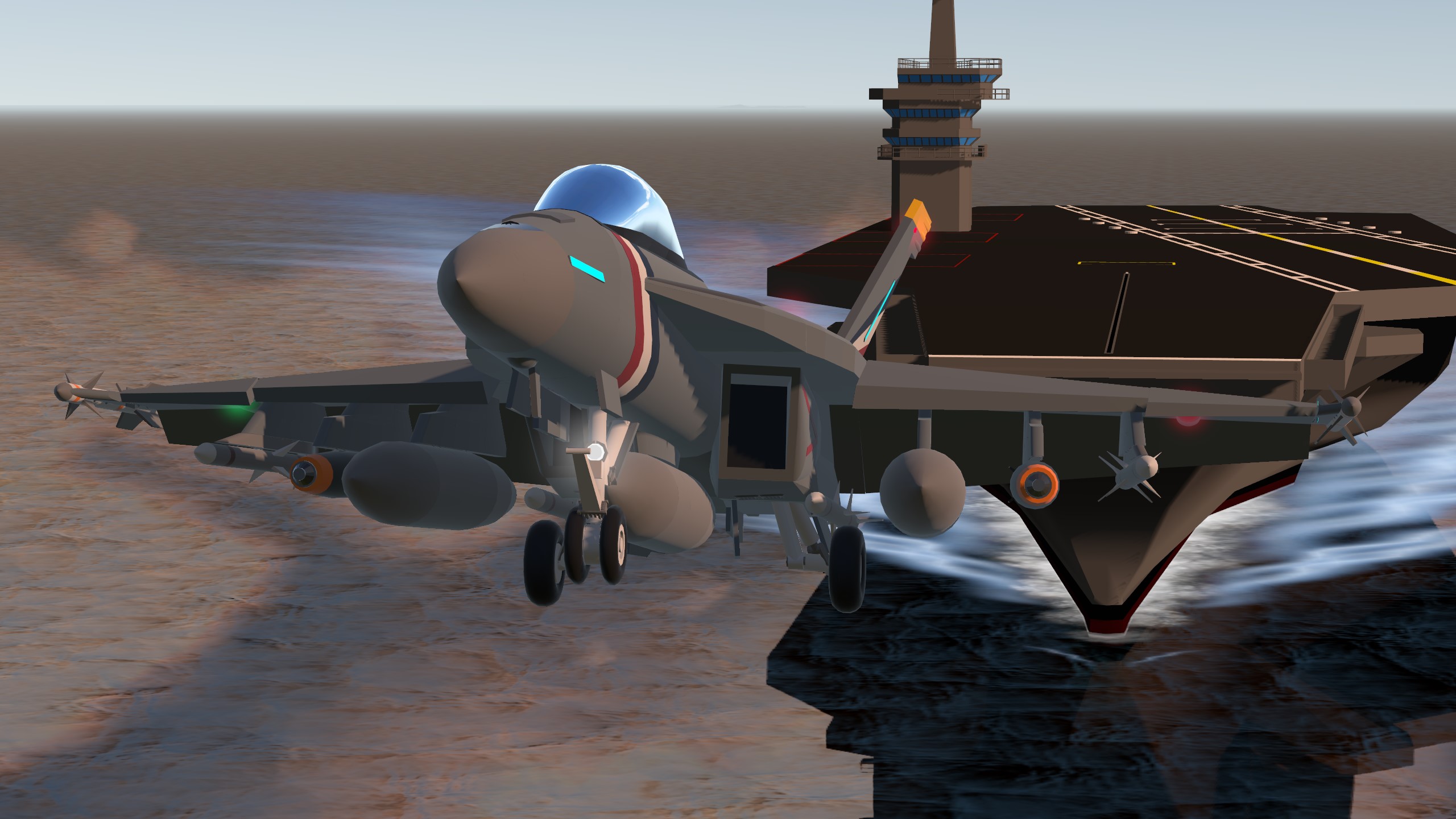 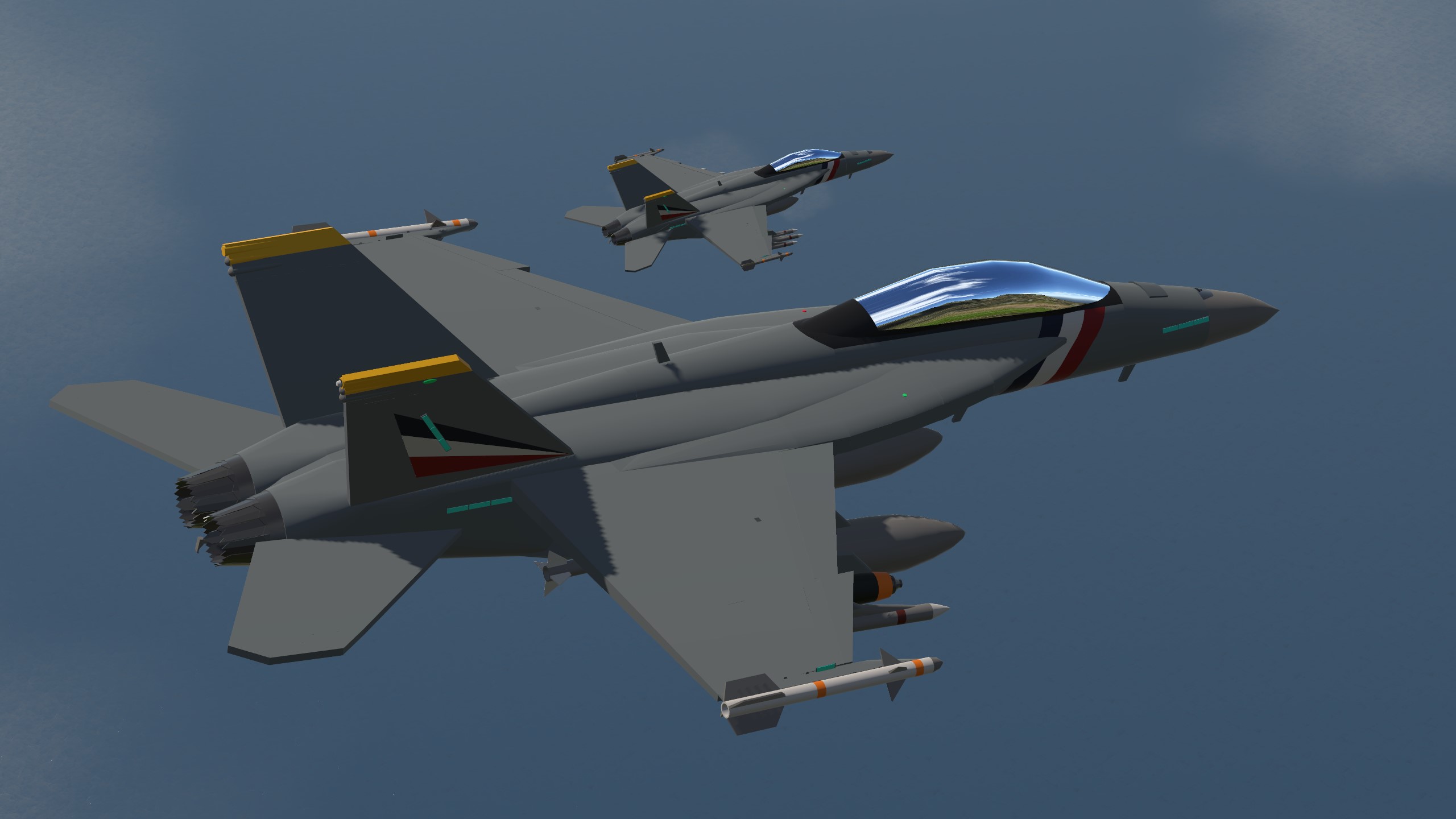 While it shares the same designation as its predecessor, the F/A-18C/D, the F/A-18F Super Hornet is practically a new aircraft. Affectionately nicknamed the “Rhino,” it has a larger airframe, active electronically scanned array (AESA) radar, increased payload, improved avionics, and a reduced radar cross section. The F/A-18F is a versatile aircraft, being able to not only effectively engage air and ground targets, but also act as an aerial refueling tanker and conduct reconaissance operations. Another variant of the F/A-18F, the EA-18G Growler, is also capable of electronic warfare.

The United States Navy is the primary operator of the F/A-18F, but it is also in use by Australia and Kuwait and Germany, Malaysia, Spain, Switzerland, and India are considering purchasing the F/A-18F as a replacement for older airframes. Read more...

Author's Notes
- Fuel and gun ammo is unlimited.
- On takeoff from runways, I recommend 50% flaps with 50% trim. Get to around 300 km/h and give slight taps for the pitch to avoid tail striking. (For keyboard users) From the carrier, use 100% flaps.
- On landing, use the trim to achieve your glide slope and adjust using pitch. (For keyboard users)
- Overpitch allows for cobra maneuver, and with some practice, kulbit maneuvers(ish). This is easier if you release the munitions. 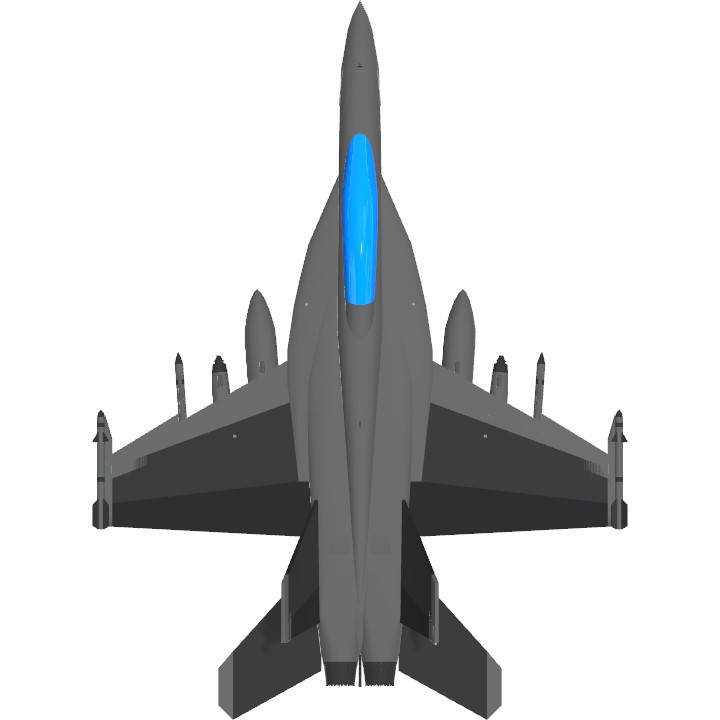 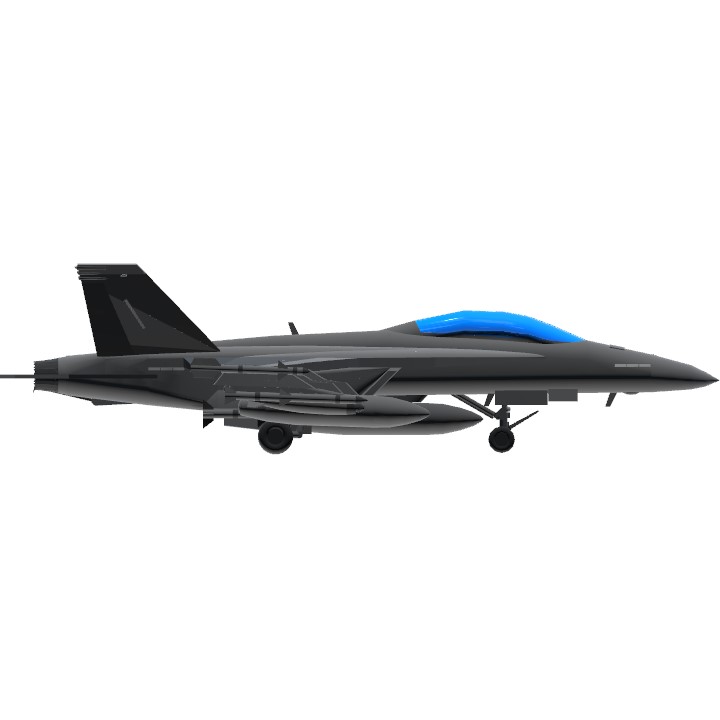 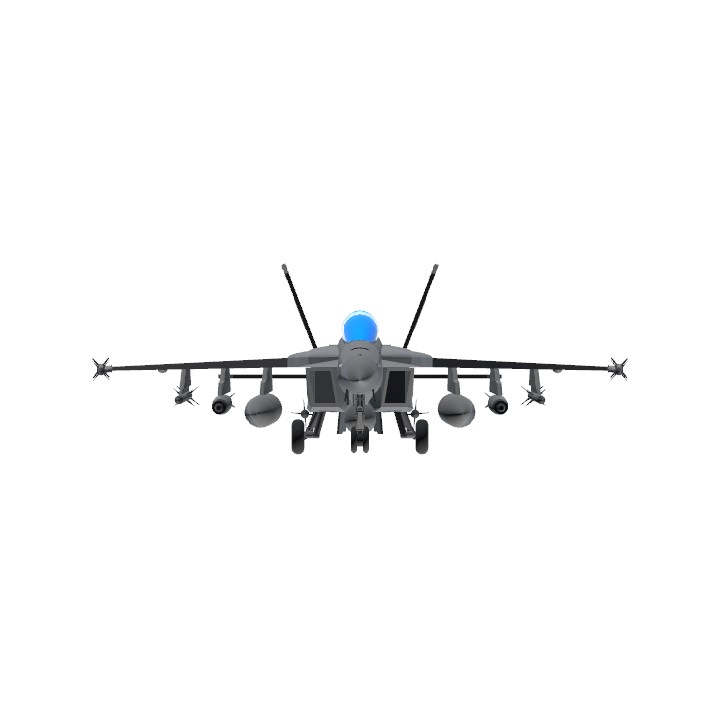