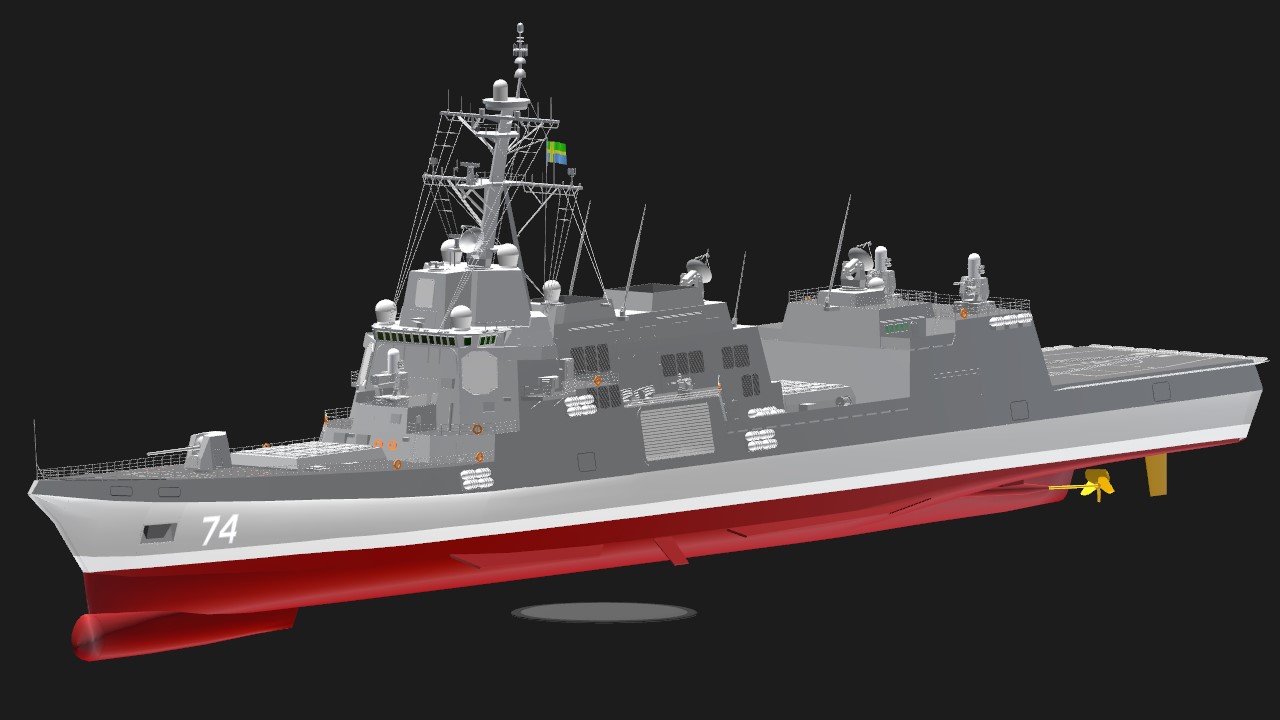 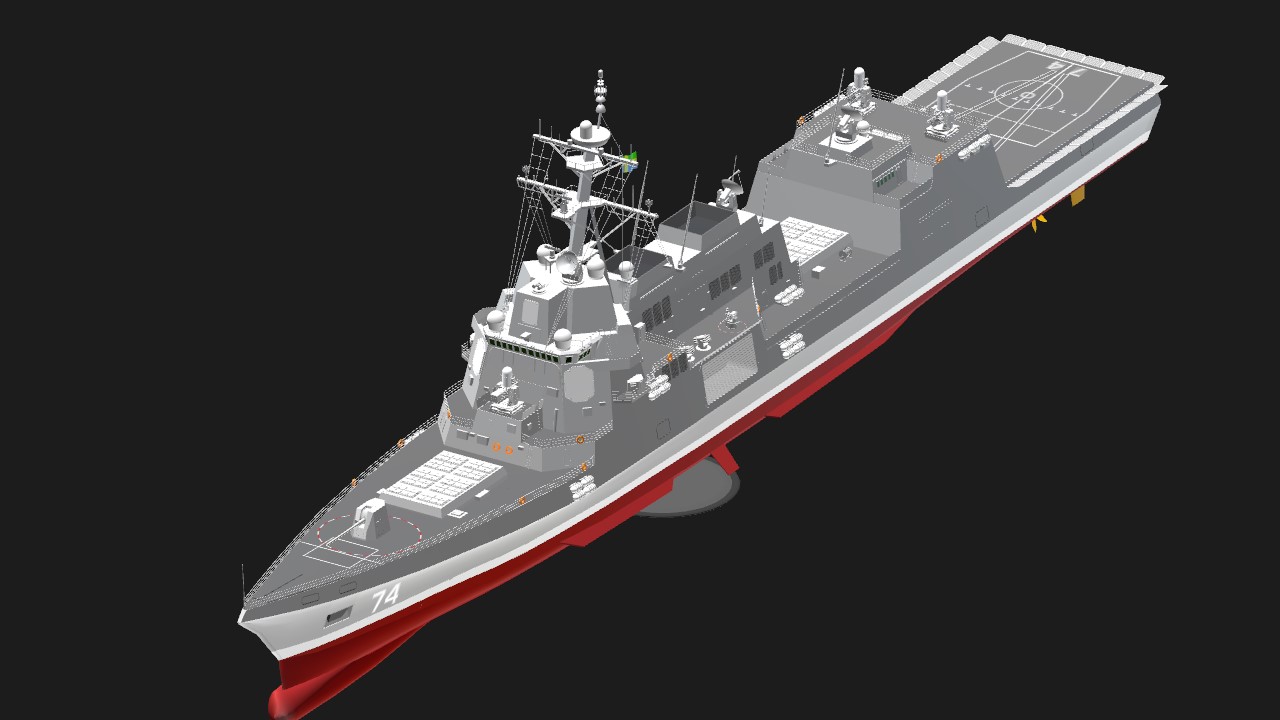 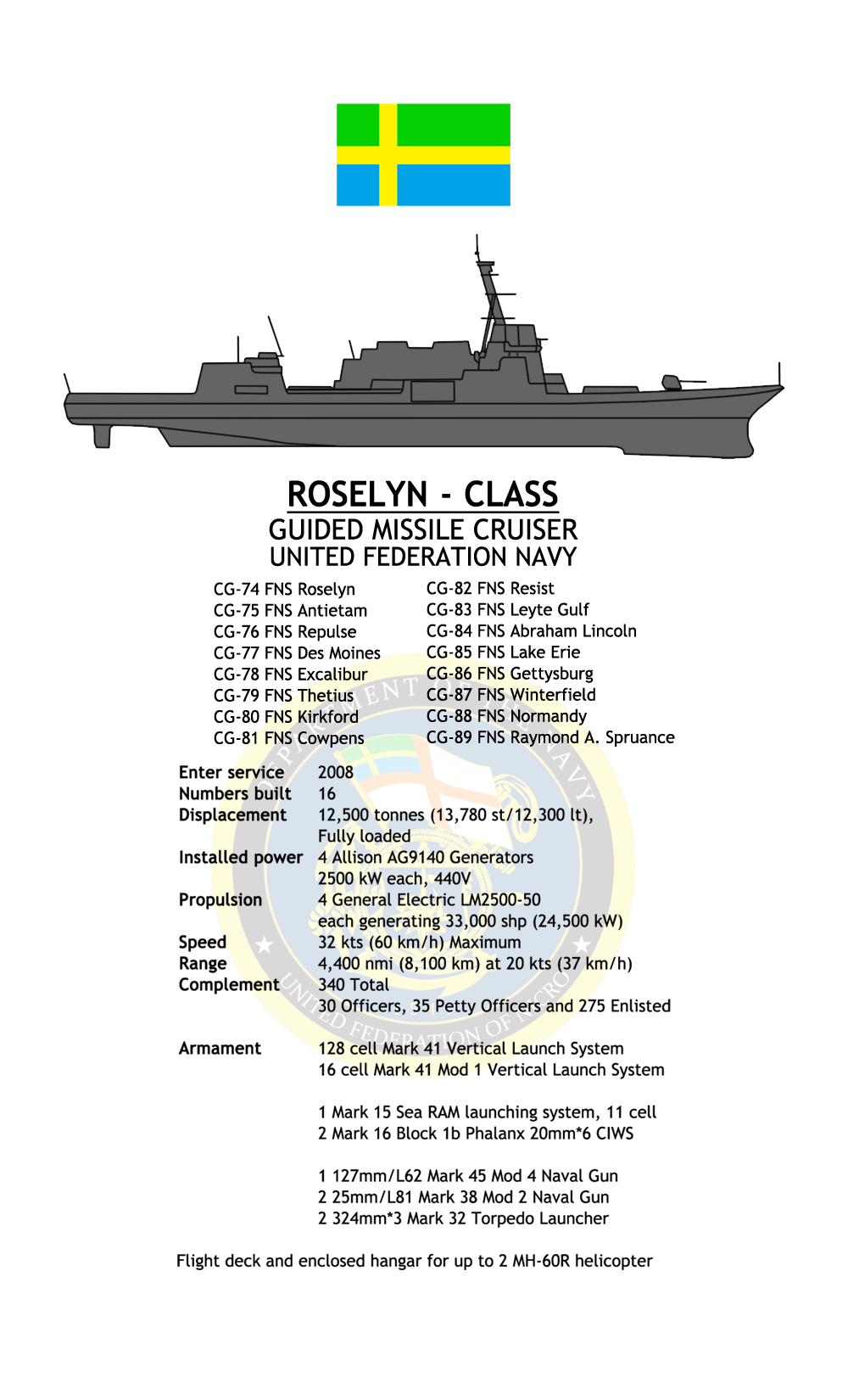 The Roselyn class missile cruiser (CG-74) is a design by the United Federation of Nicro in 2003 for replacement of its aging old missile cruisers. After the Anatolian crisis in 1998, the UF Navy started to enhance its abilities on sea-to-land strikes and single-unit abilities. First they decommissioned around 70 aging ships in service (mostly destroyers, around 10 cruisers), then they refitted newer ships to fit "the next generation naval battle", and the newly designed Roselyn class is the core of the fleet within the next 30 years. Construction began in 2005, first ship launched in July 2007 and commissioned after a small design change to counter the problems met in the sea trials in late 2008. 16 ships built. 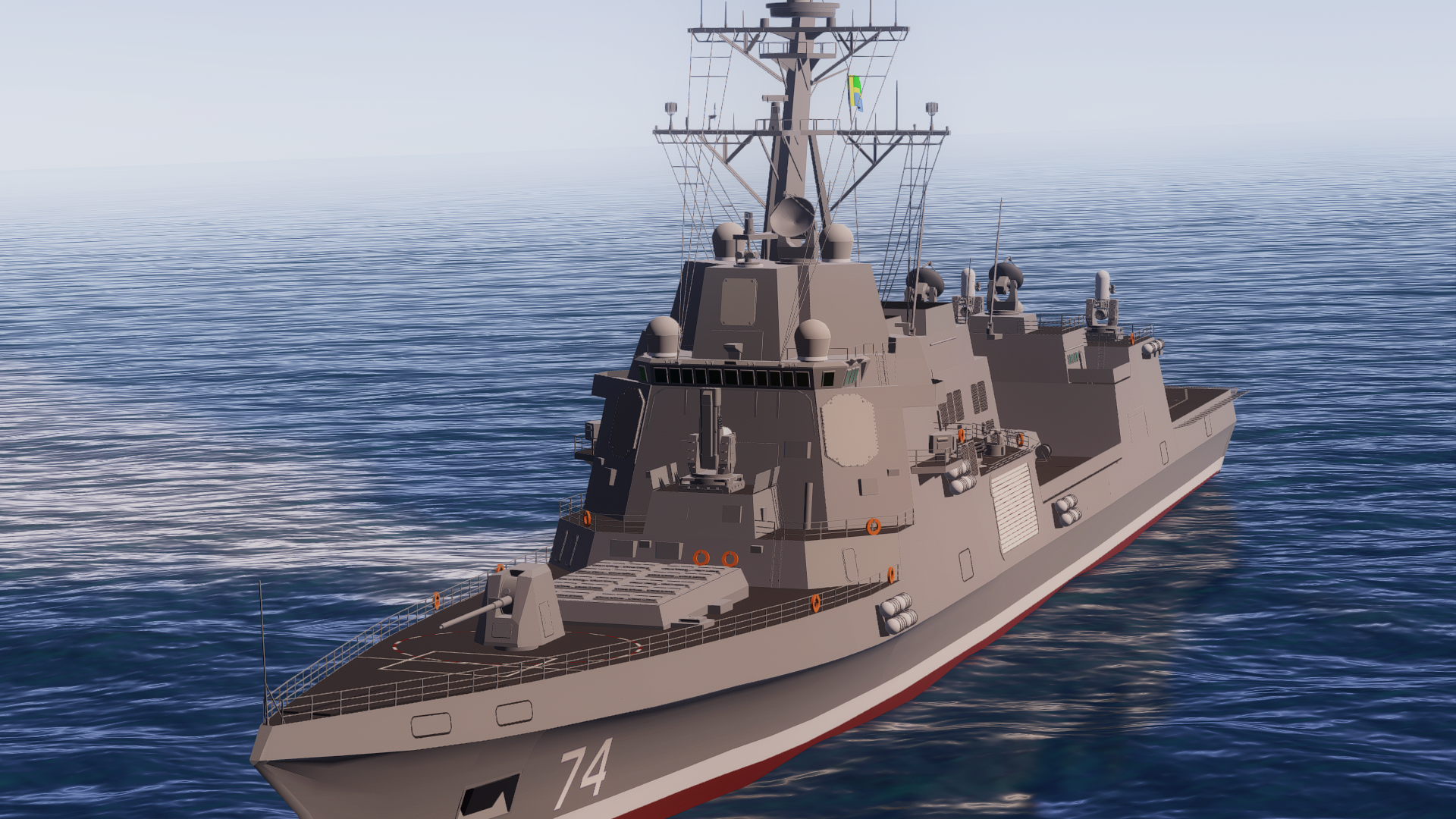 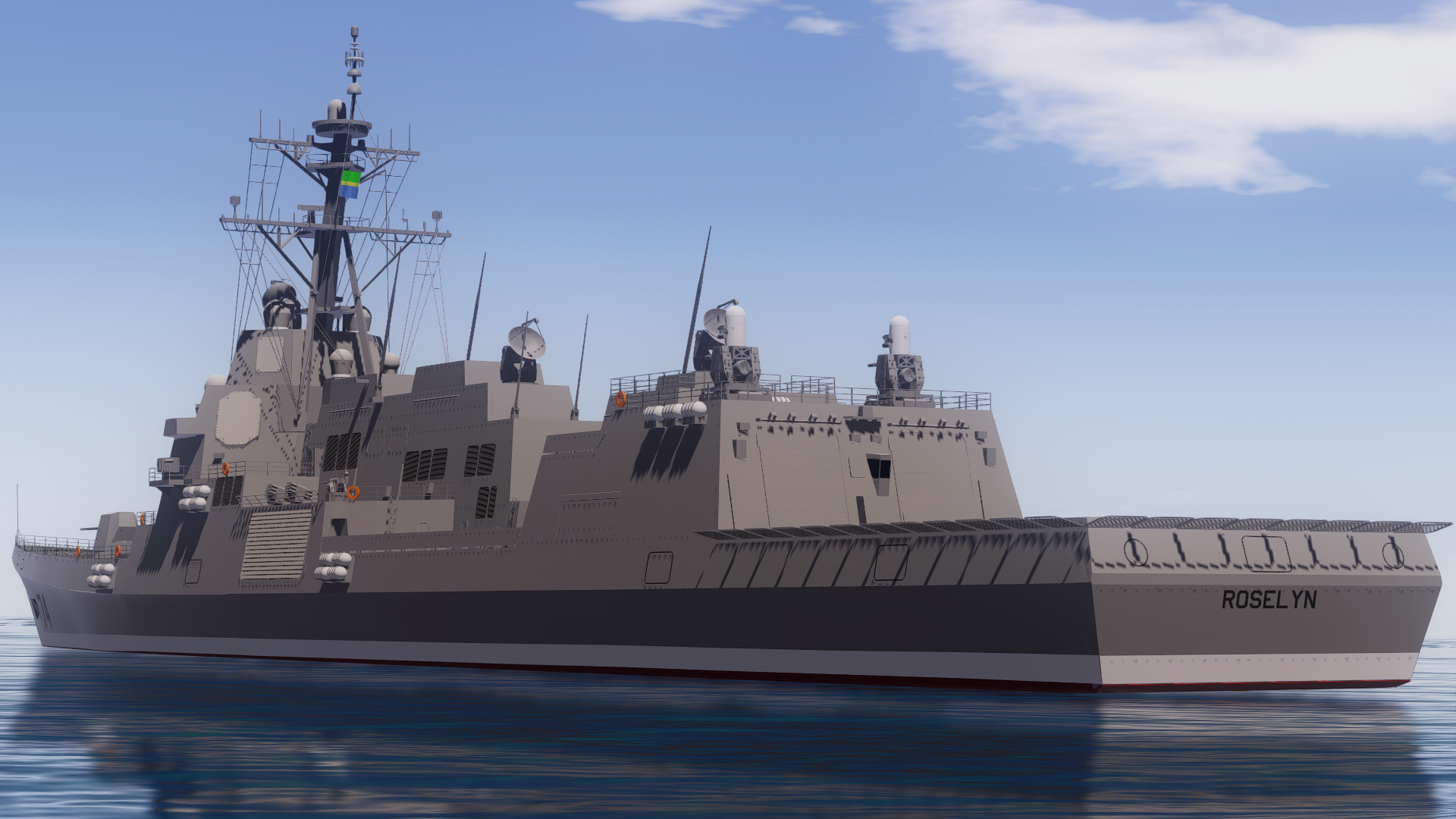 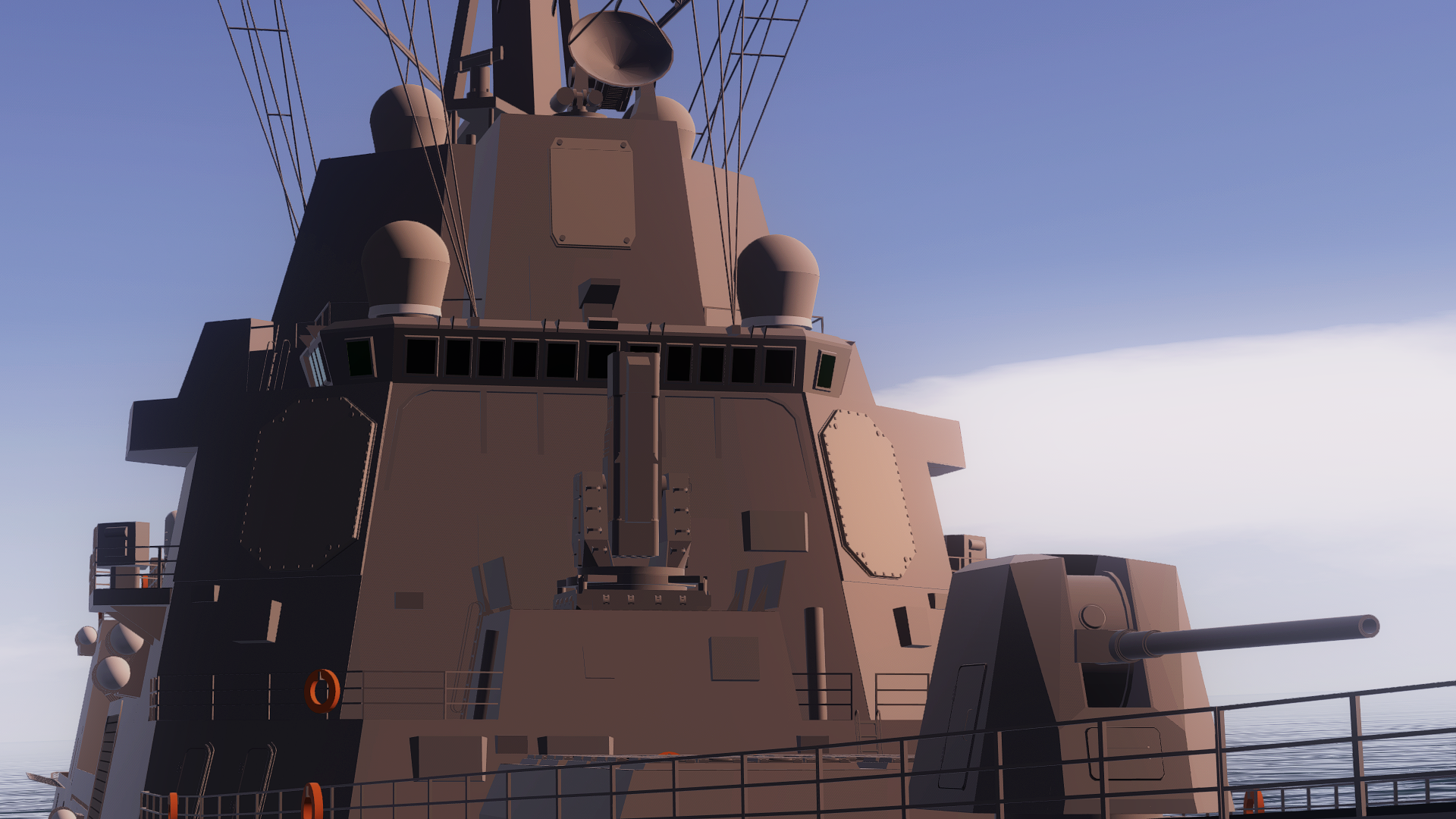 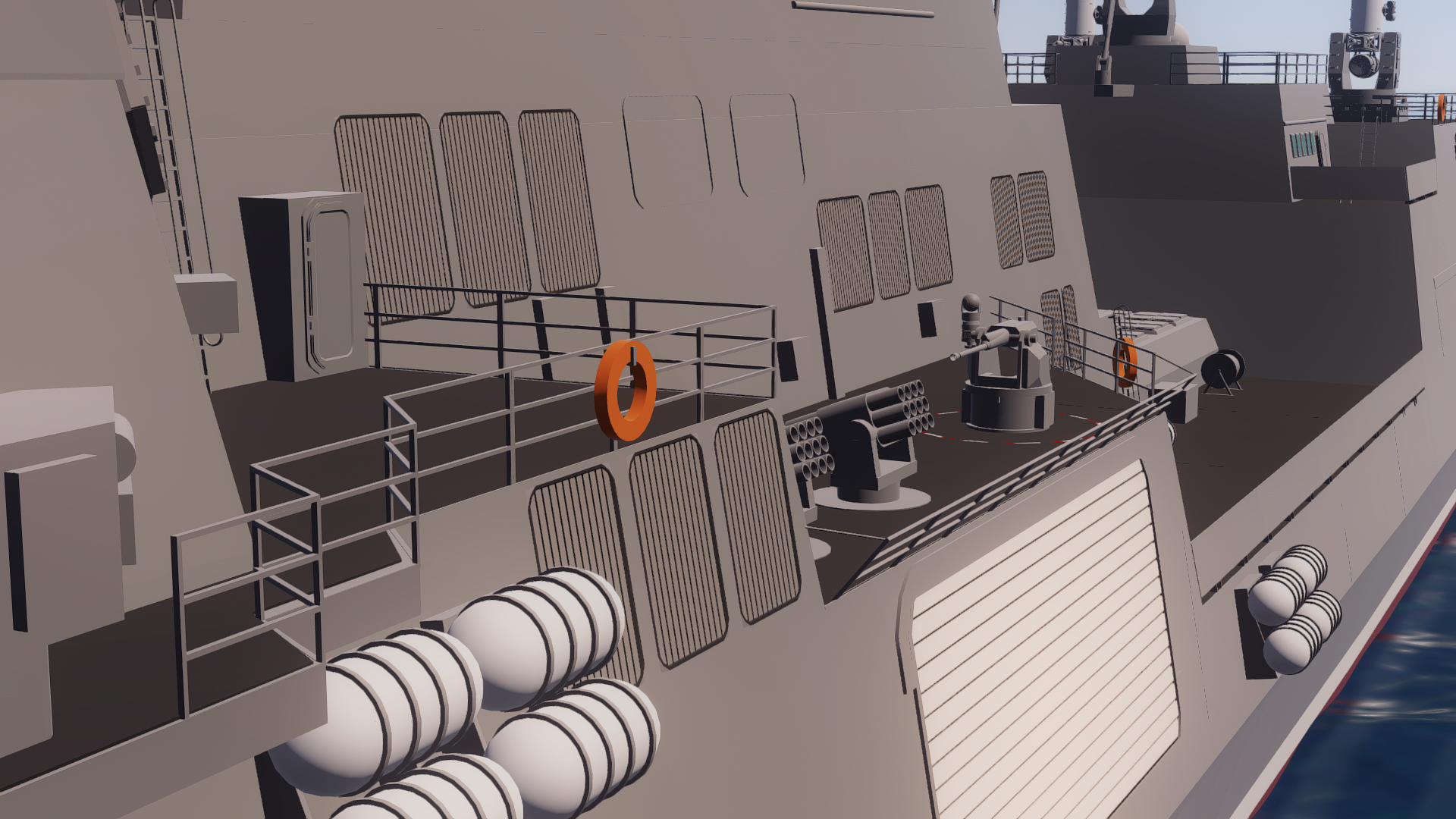 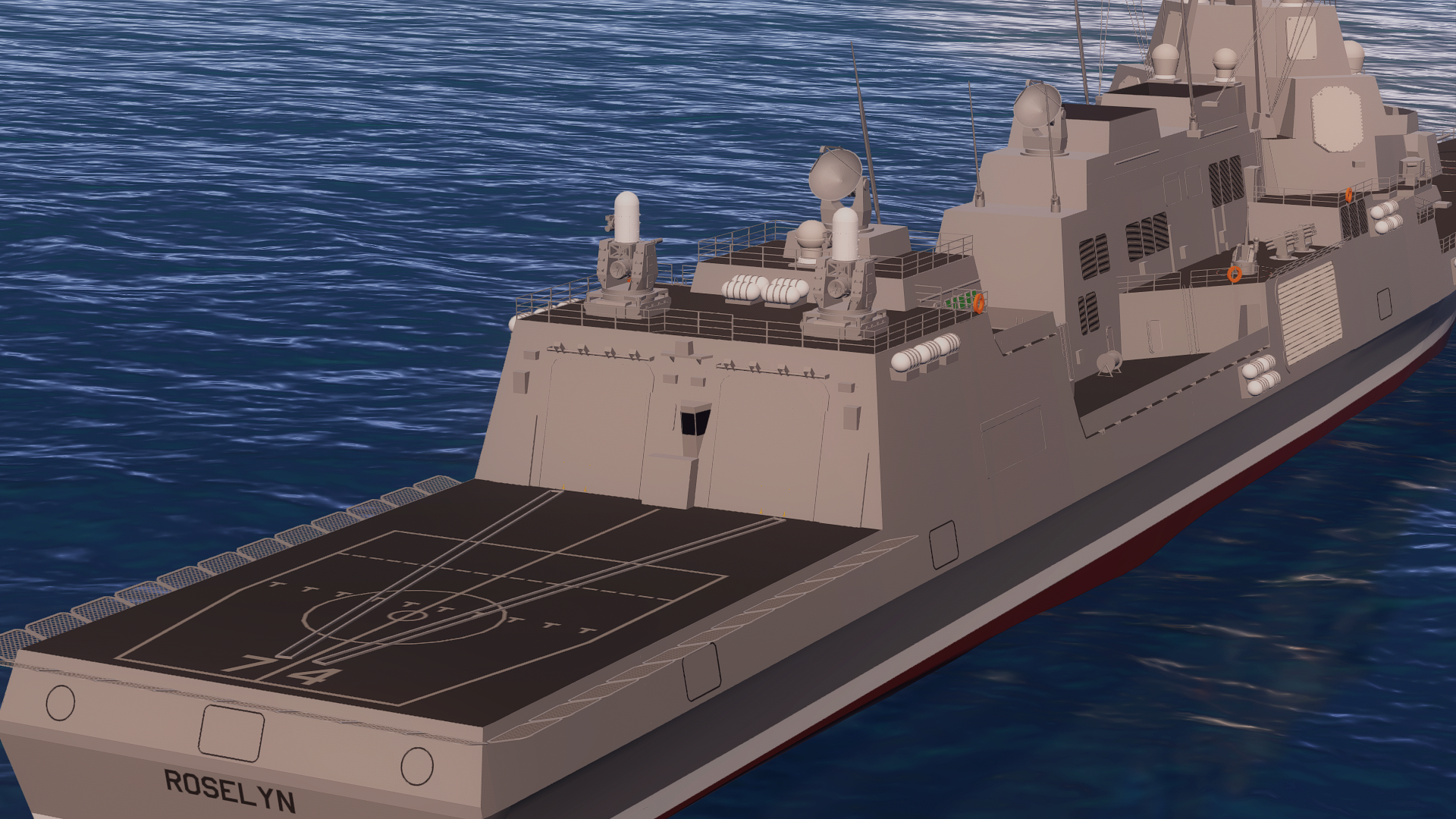 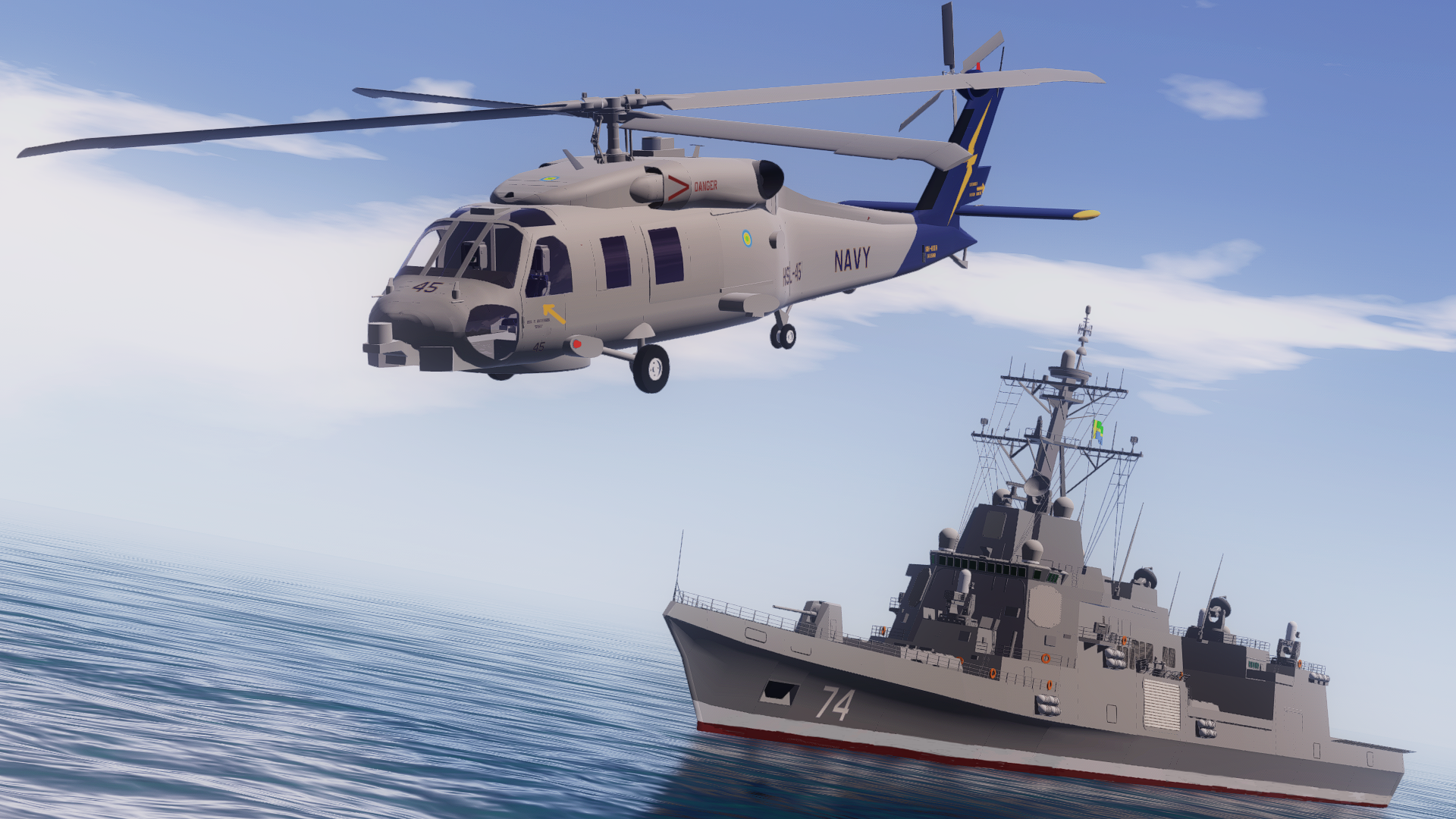 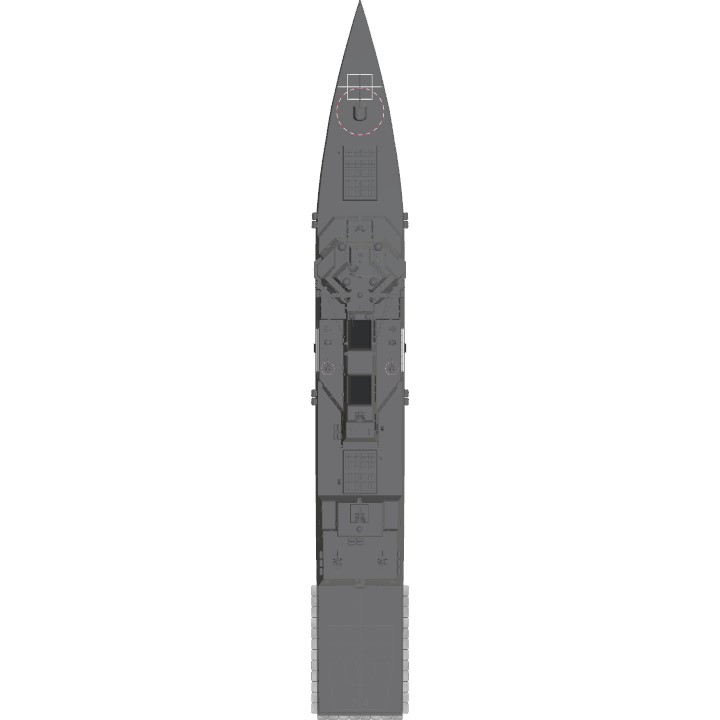 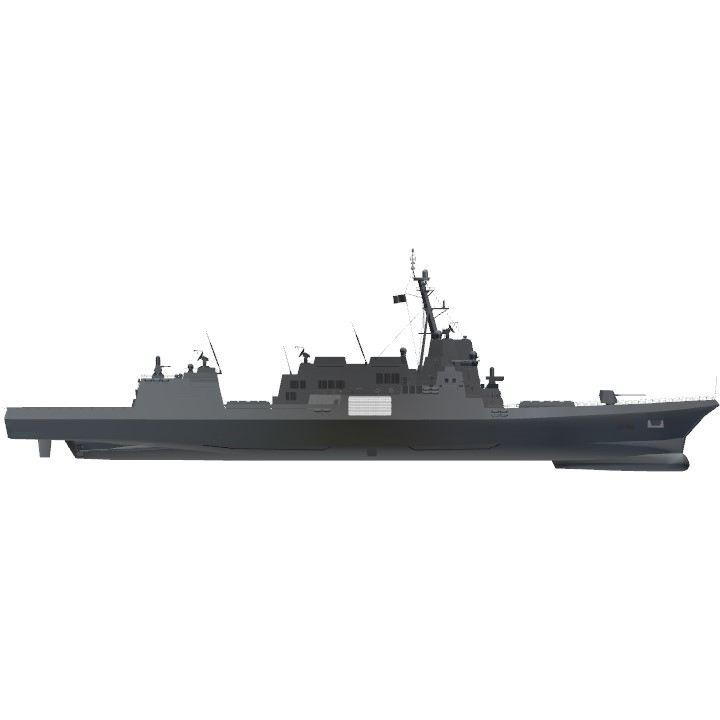 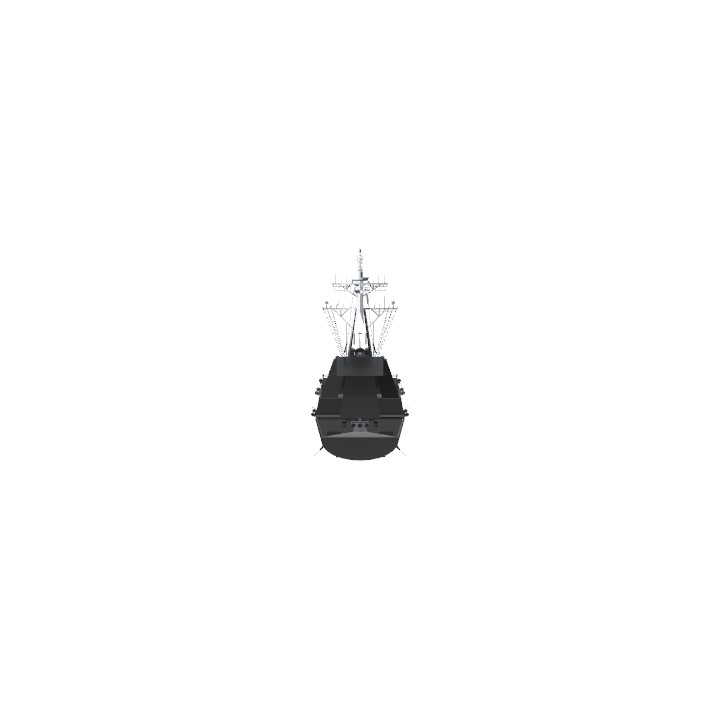