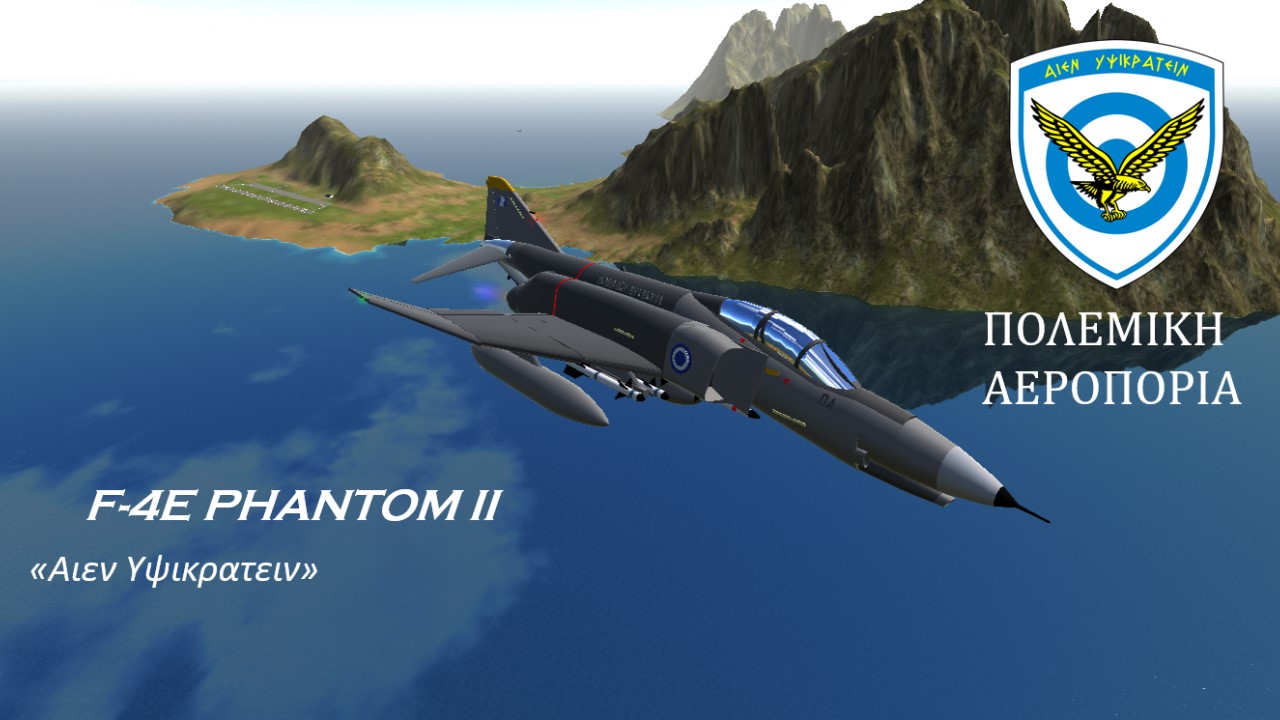 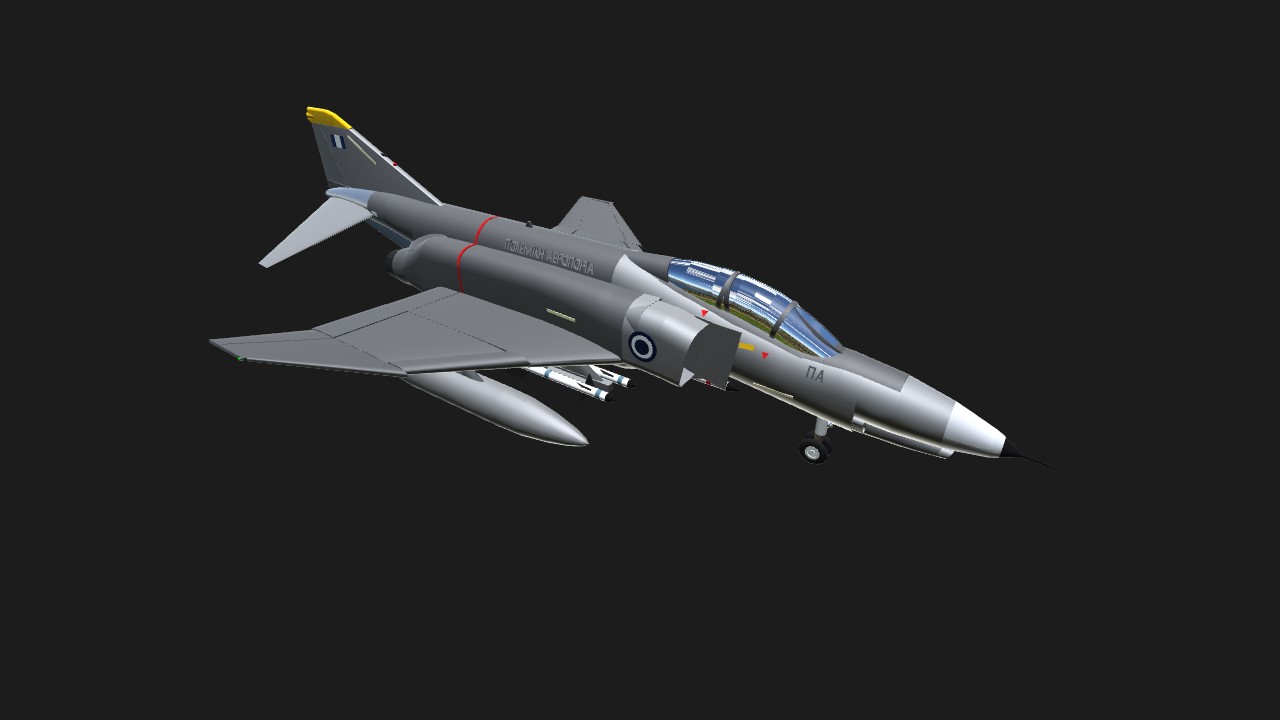 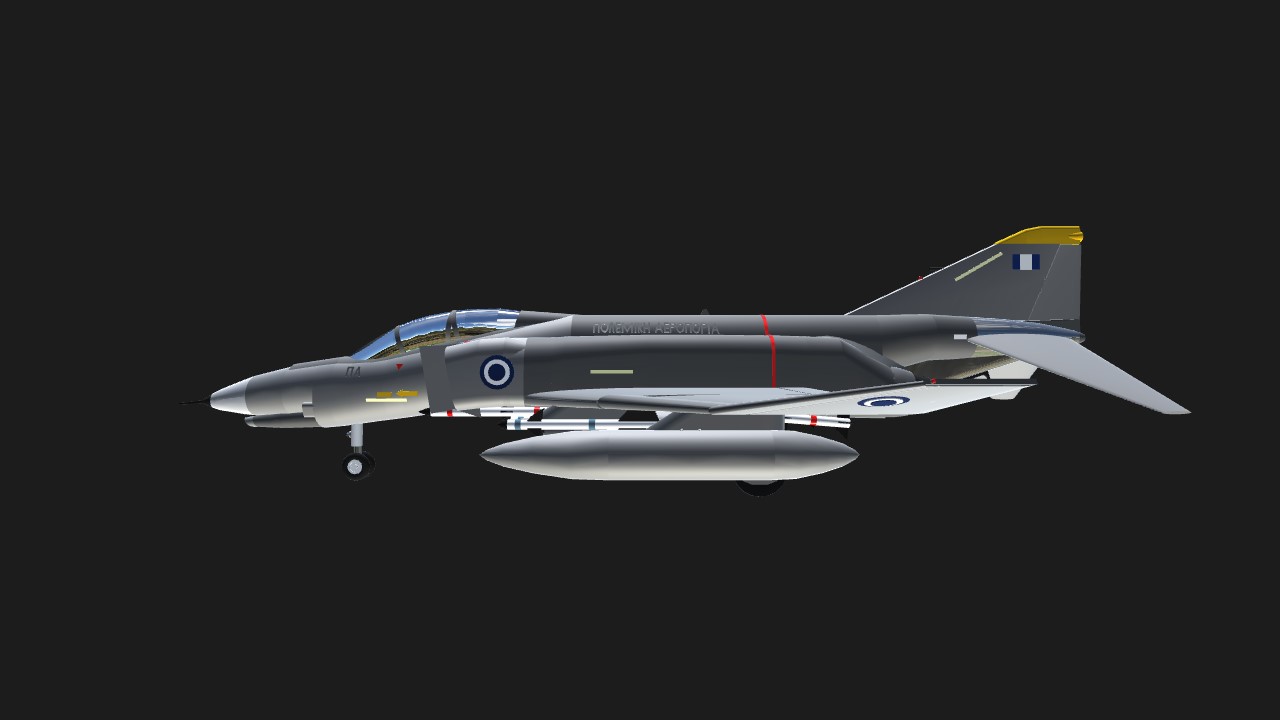 The Phantom II was a fighter developed around the Vietnam period, base models did not have an integral cannon. This model was equipped with a 20mm M61 Vulcan cannon.
The RF-4 variant was retired from Greece in 2014 and has served for fourty years from 1974.
She cannot turn, but she has speed and the armament to get the dirty work done.
The turn performance was exaggerated and i am currently revising it.

Final words
I had a lot of fun making this aircraft, making it as accurate as possible was very satisfying. When I got to this point i realised that i really do have some potential.
Thanks for checking it out! :) 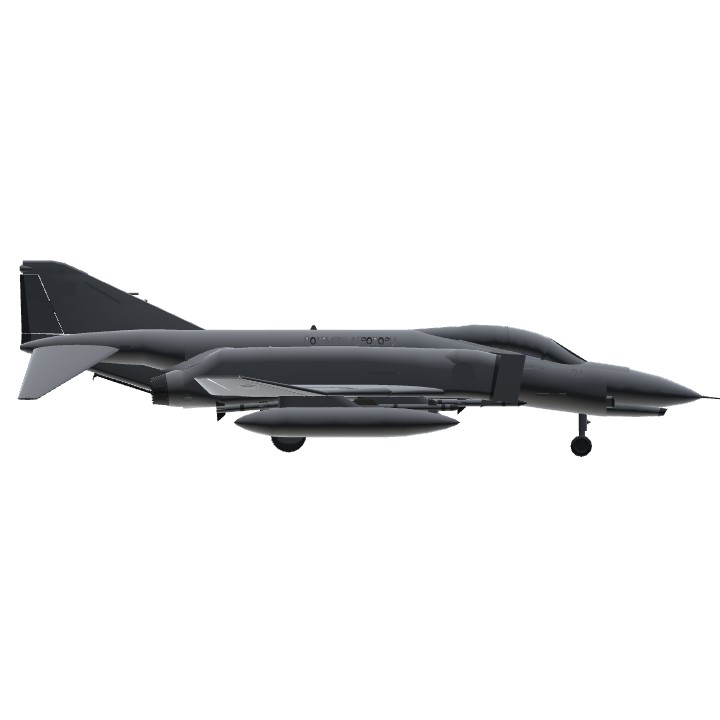 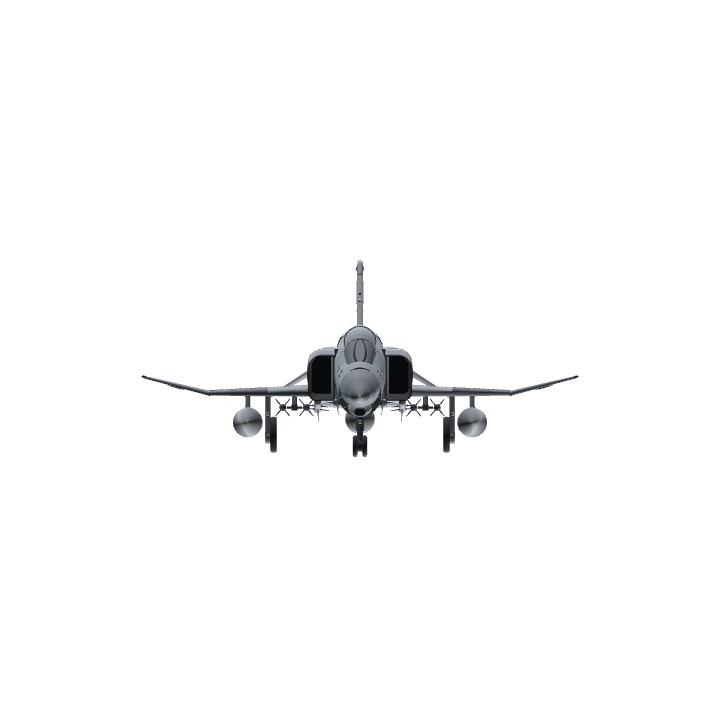