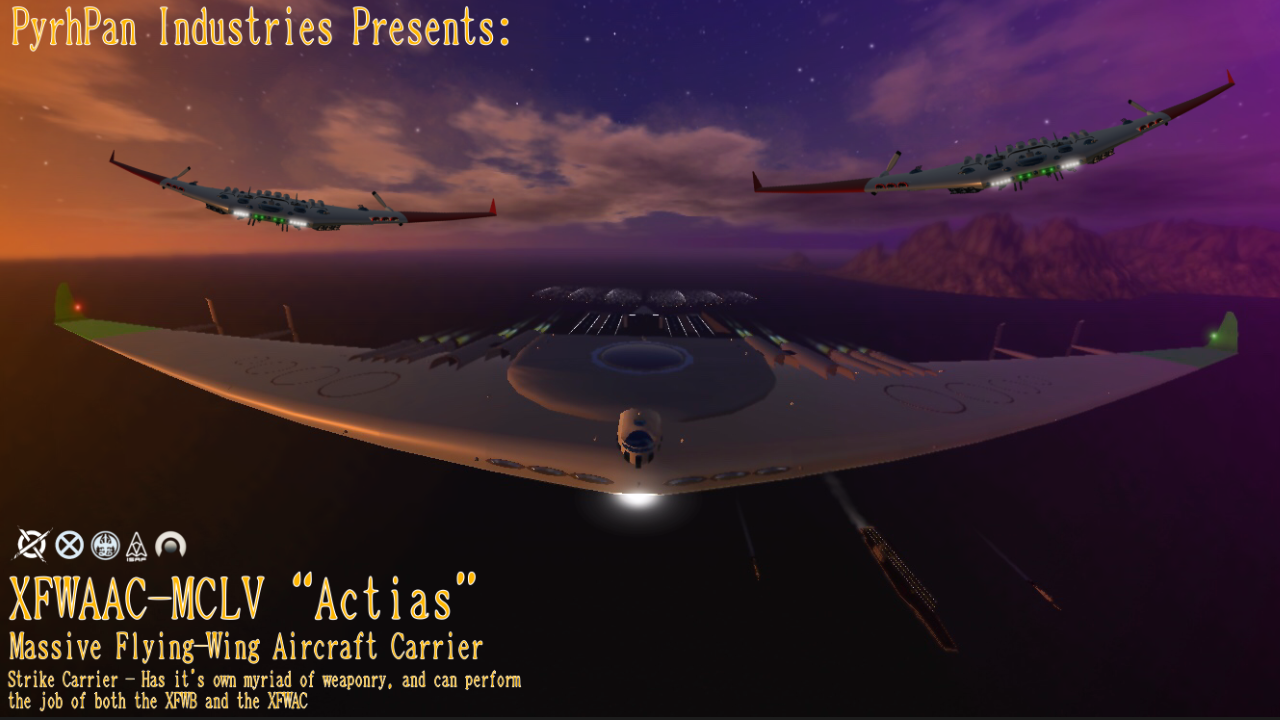 Greetings everyone. Today, PyrhPan proudly presents one of it’s greatest creations. The XFWAAC-MCLV “Actias”, the largest aircraft in our entire arsenal. The Actias is a Flying Aircraft Carrier of course, it can hold over 300 fighters in its massive internal storage bays, or alternatively, 50 bomber aircrafts, sometimes 75-100 if the bombers are placed strategically enough. The Actias is not just an aircraft carrier though, it is also a bomber aircraft itself, a provider of Air Superiority, and what is often seen as a bastion of hope for all that need a protector. 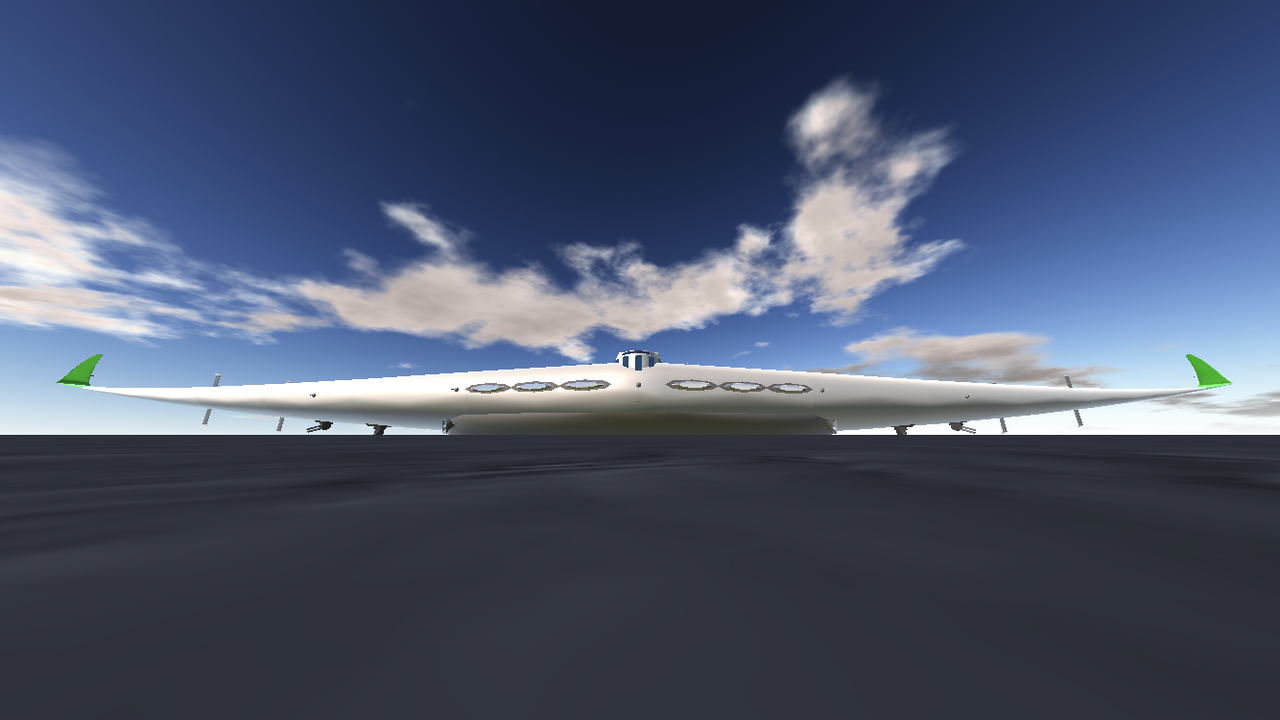 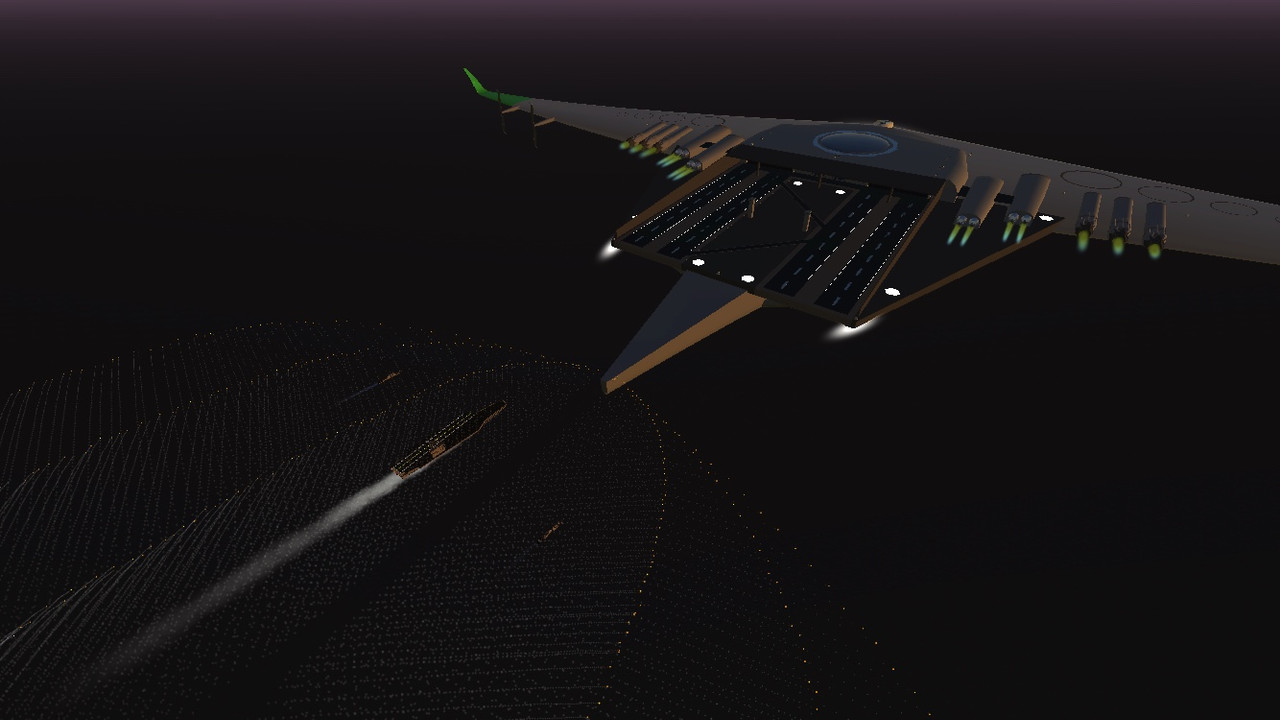 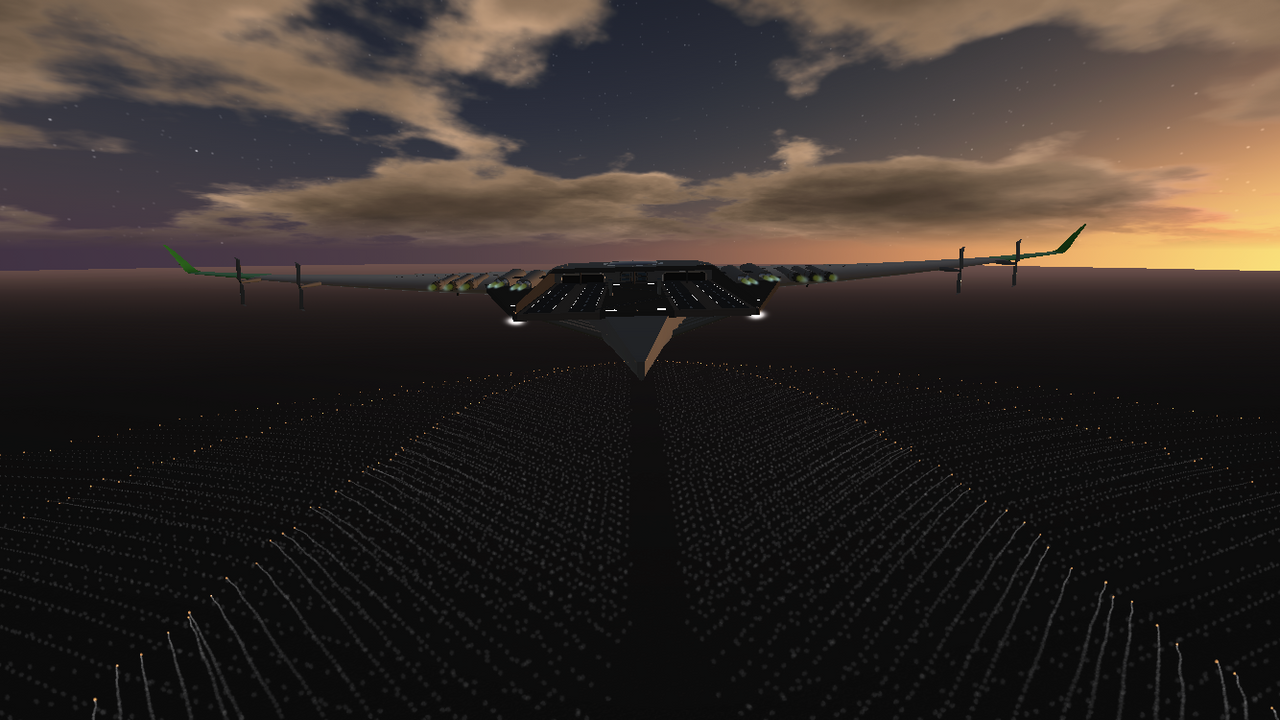 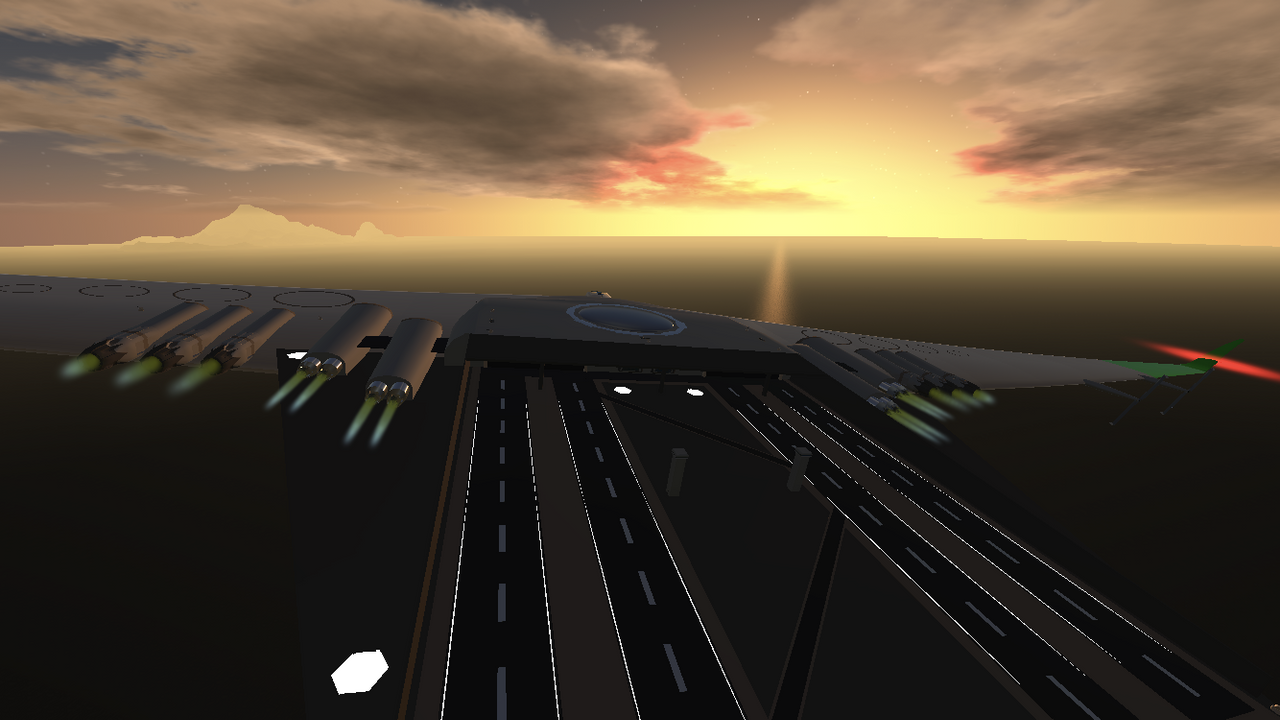 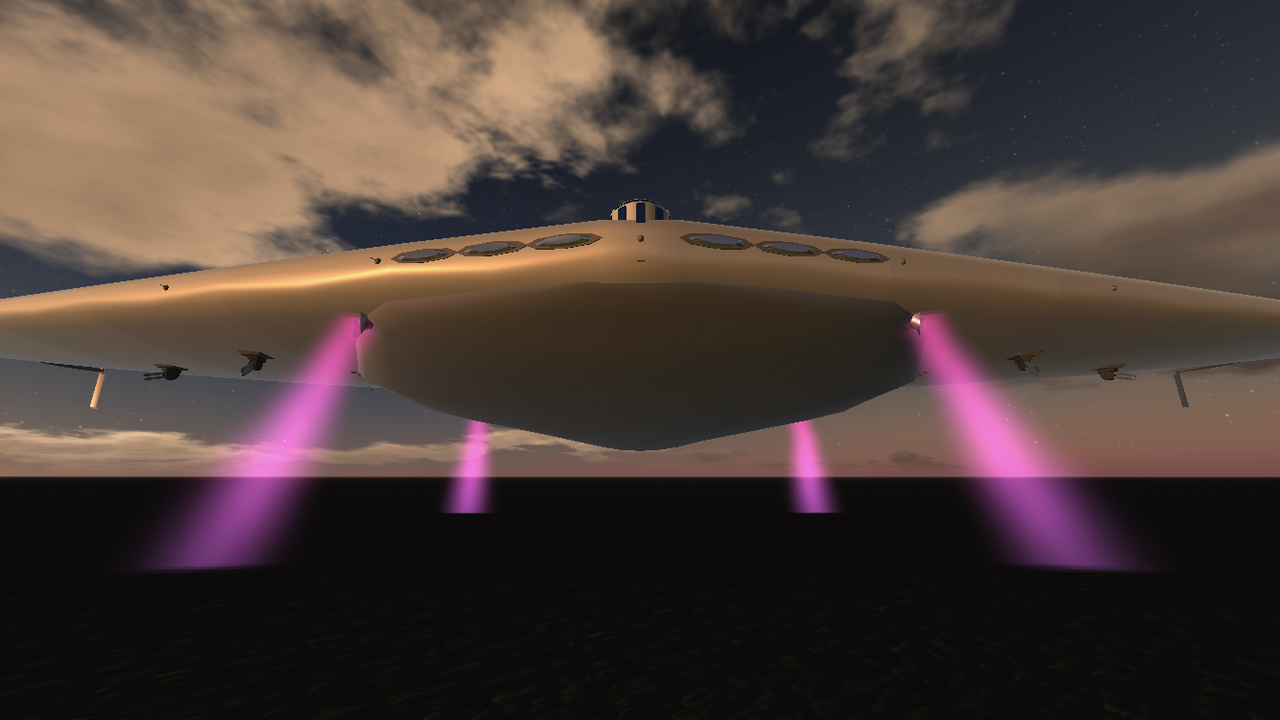 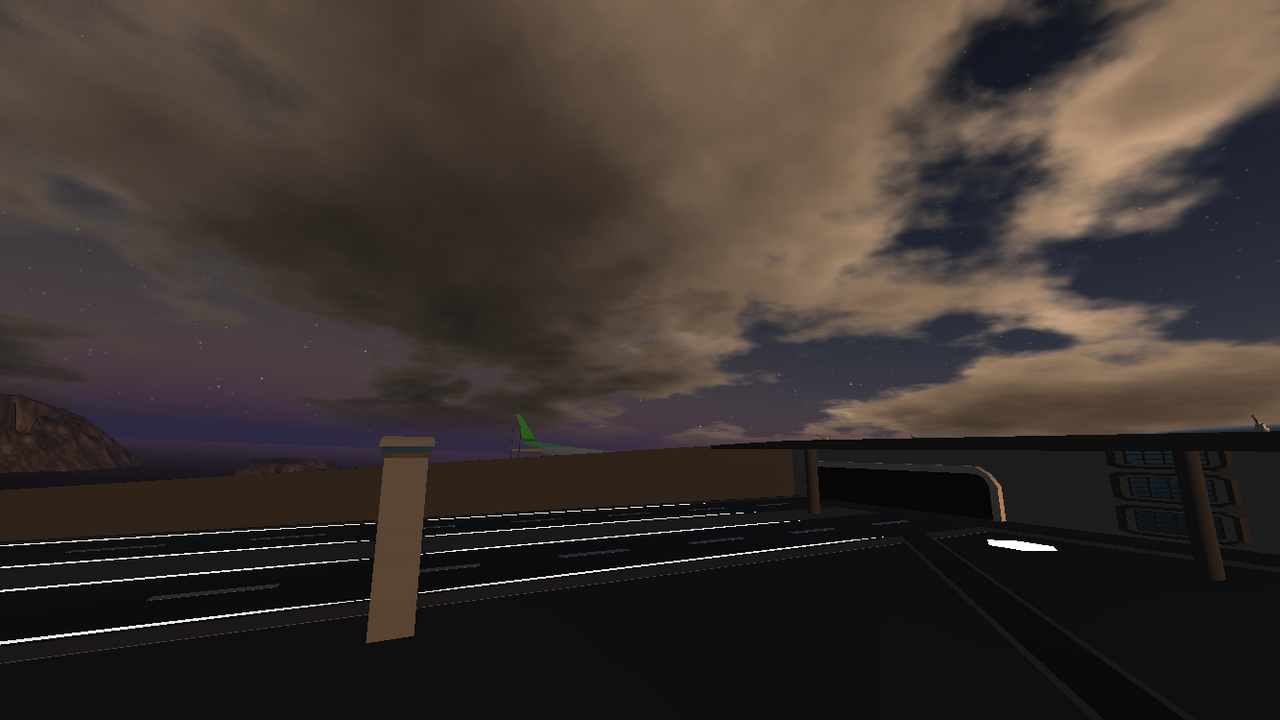 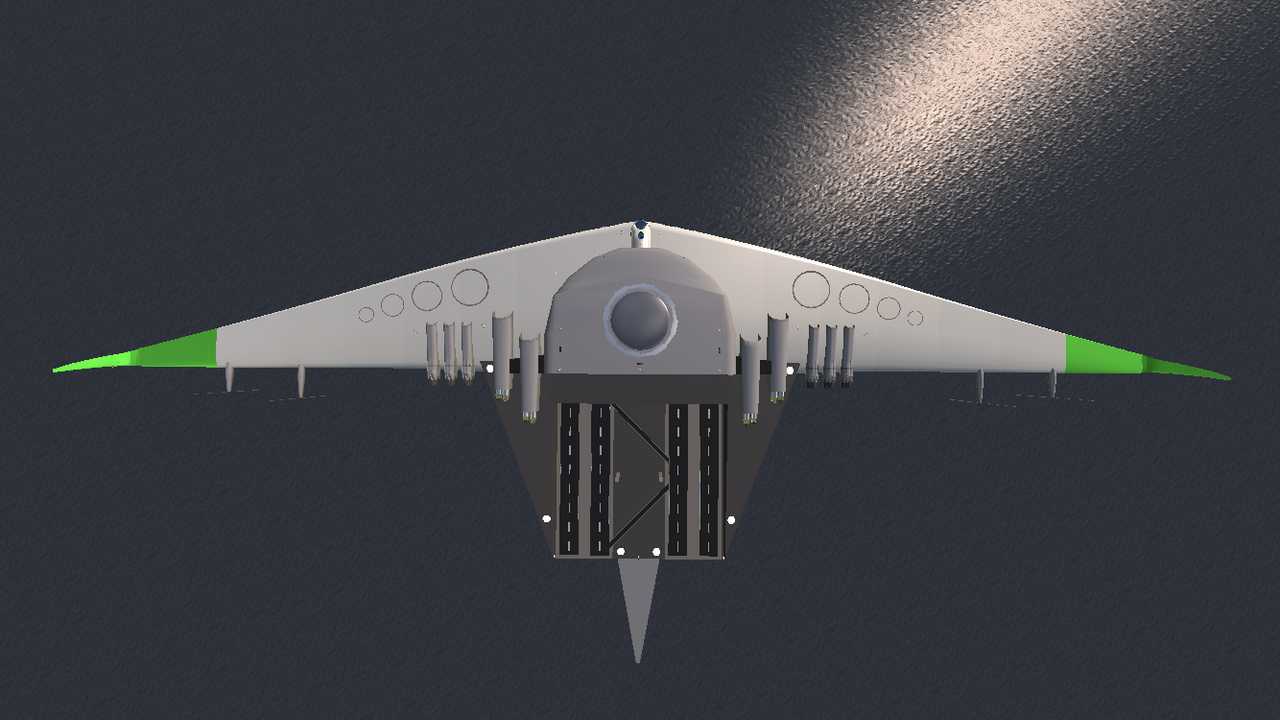 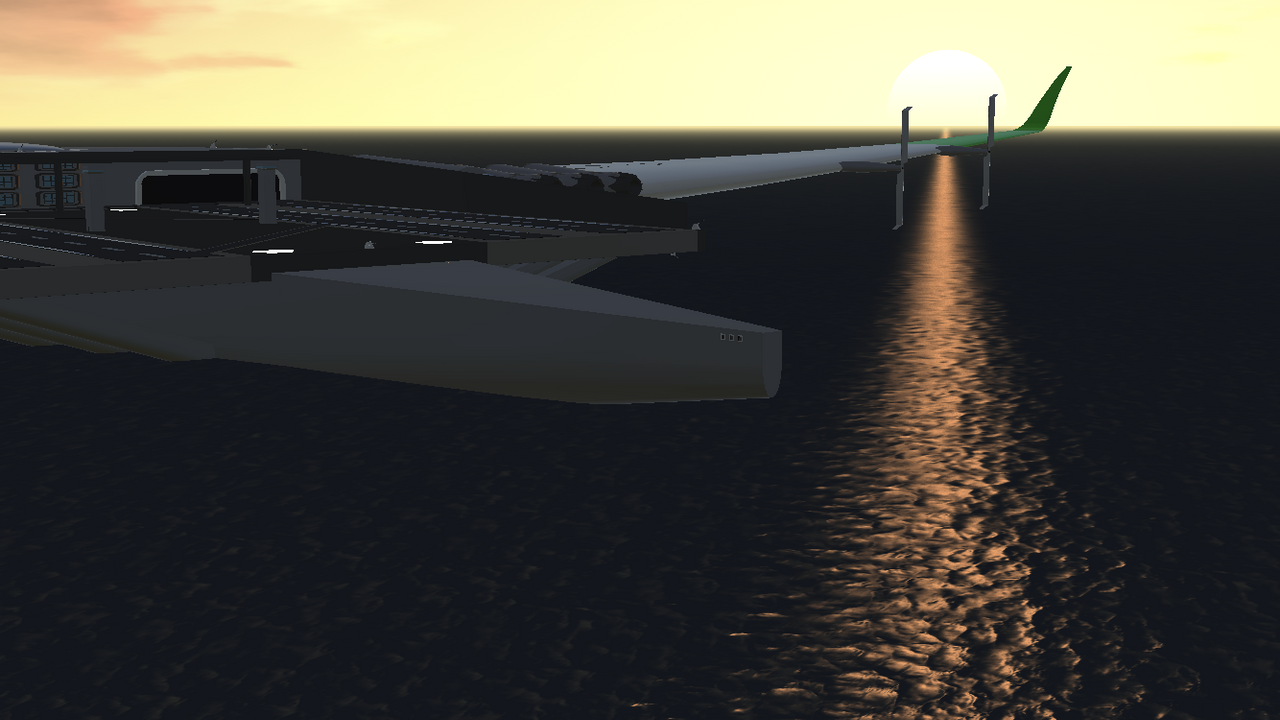 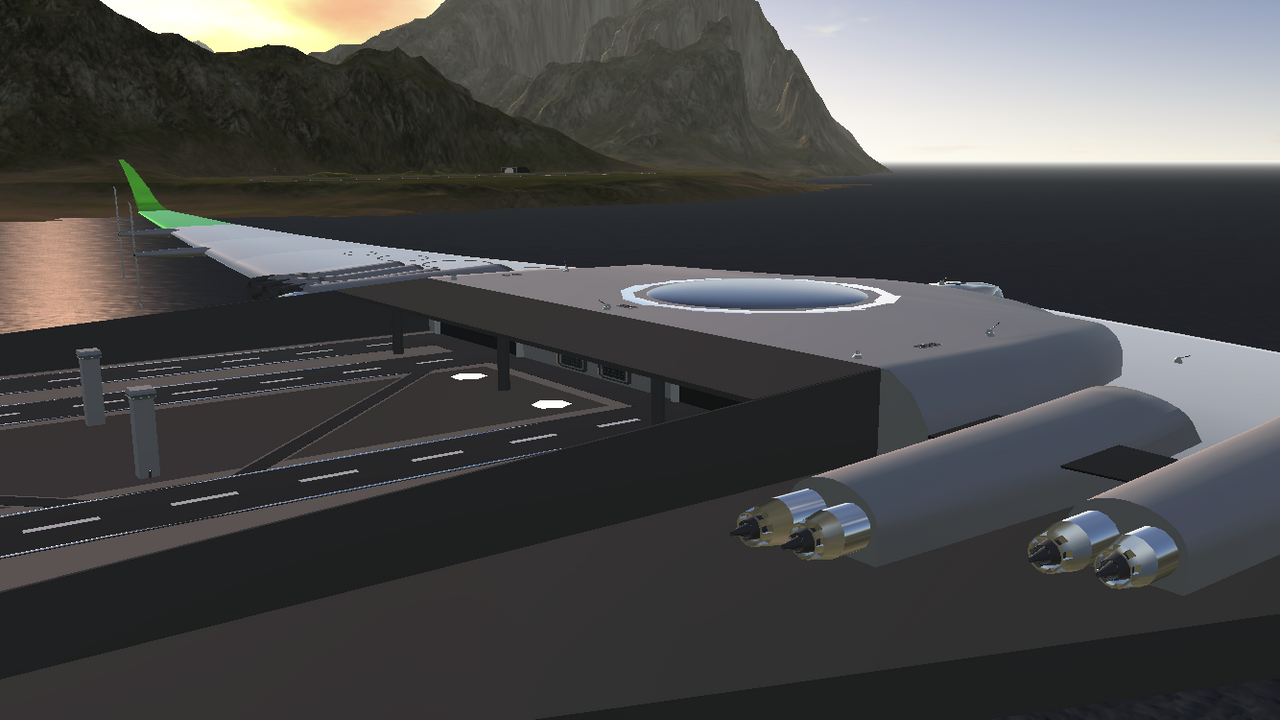 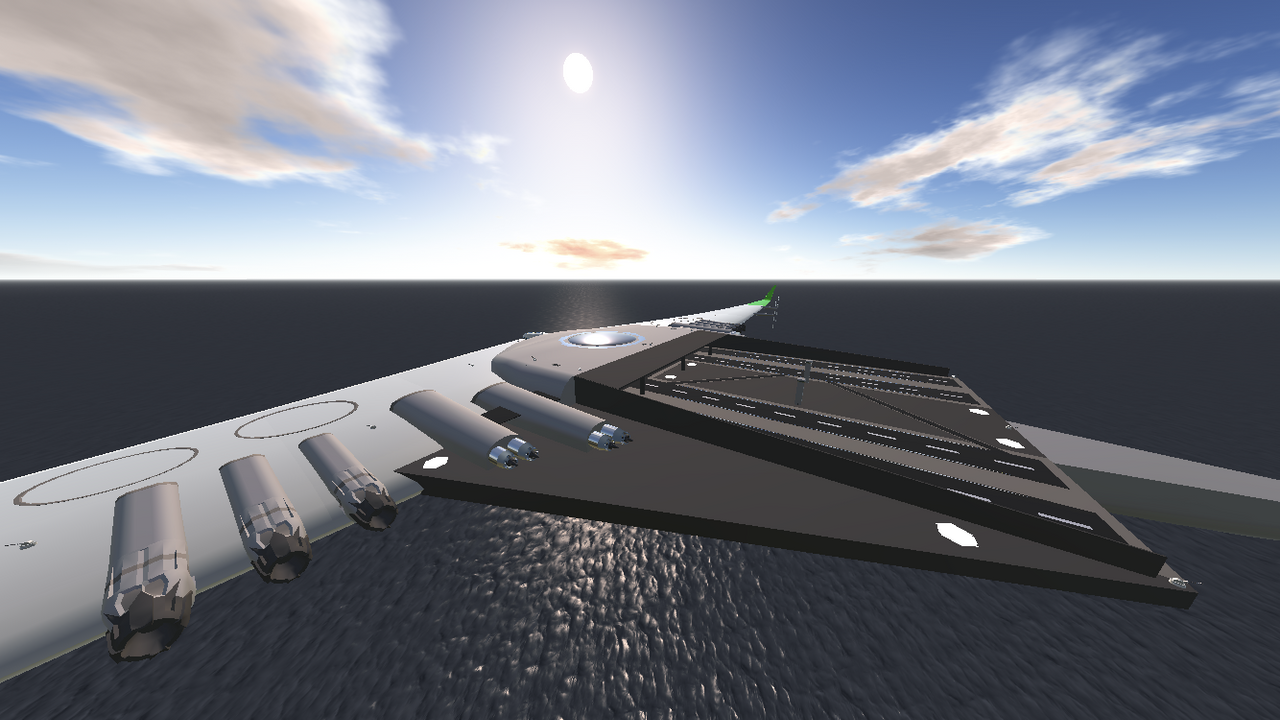 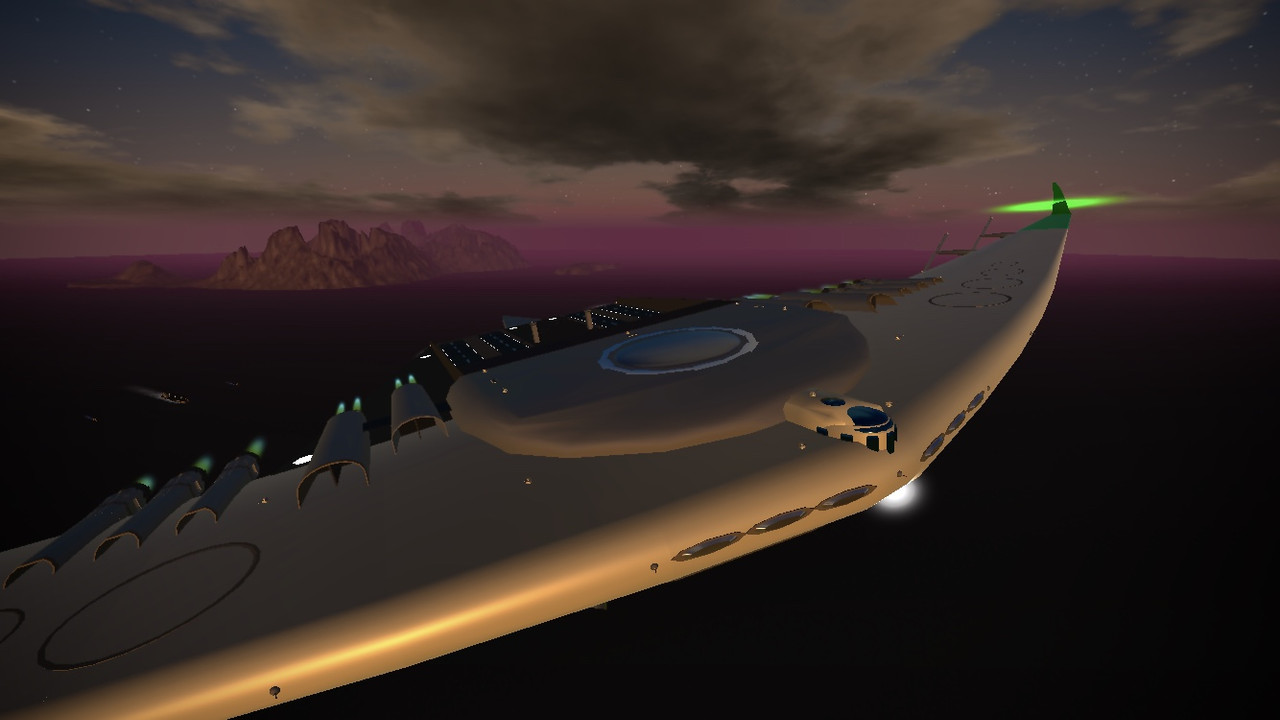 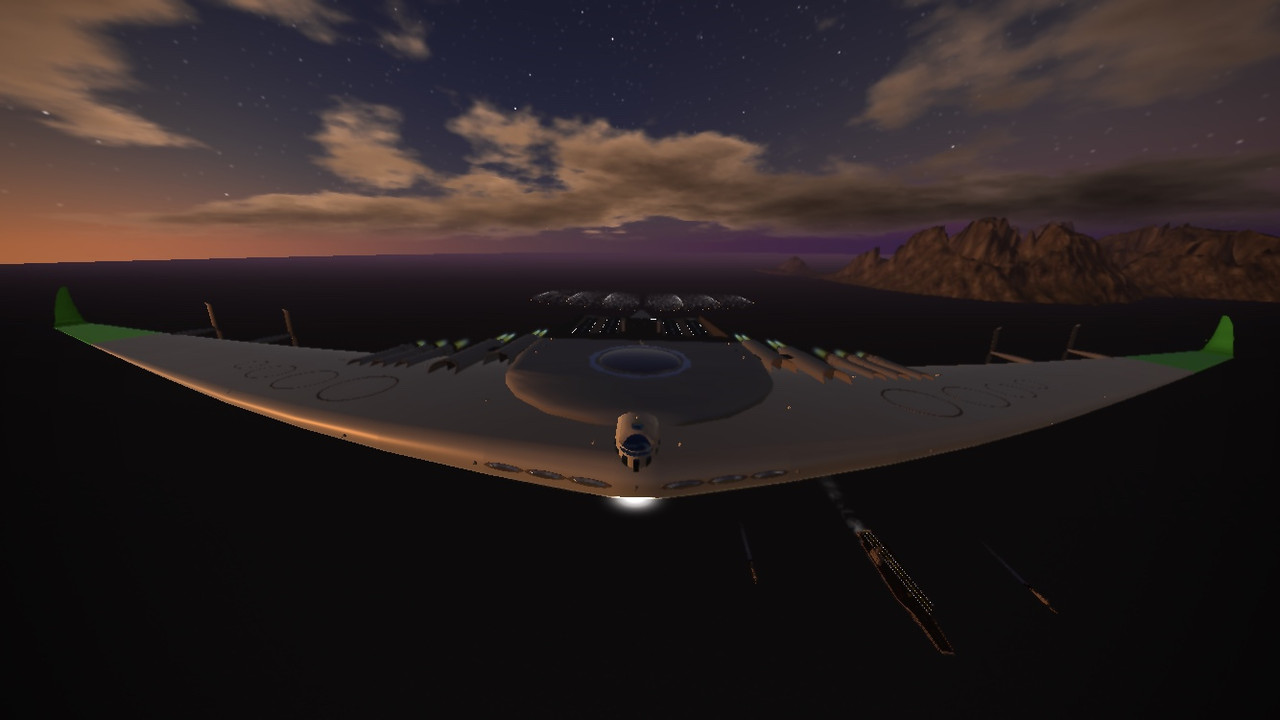 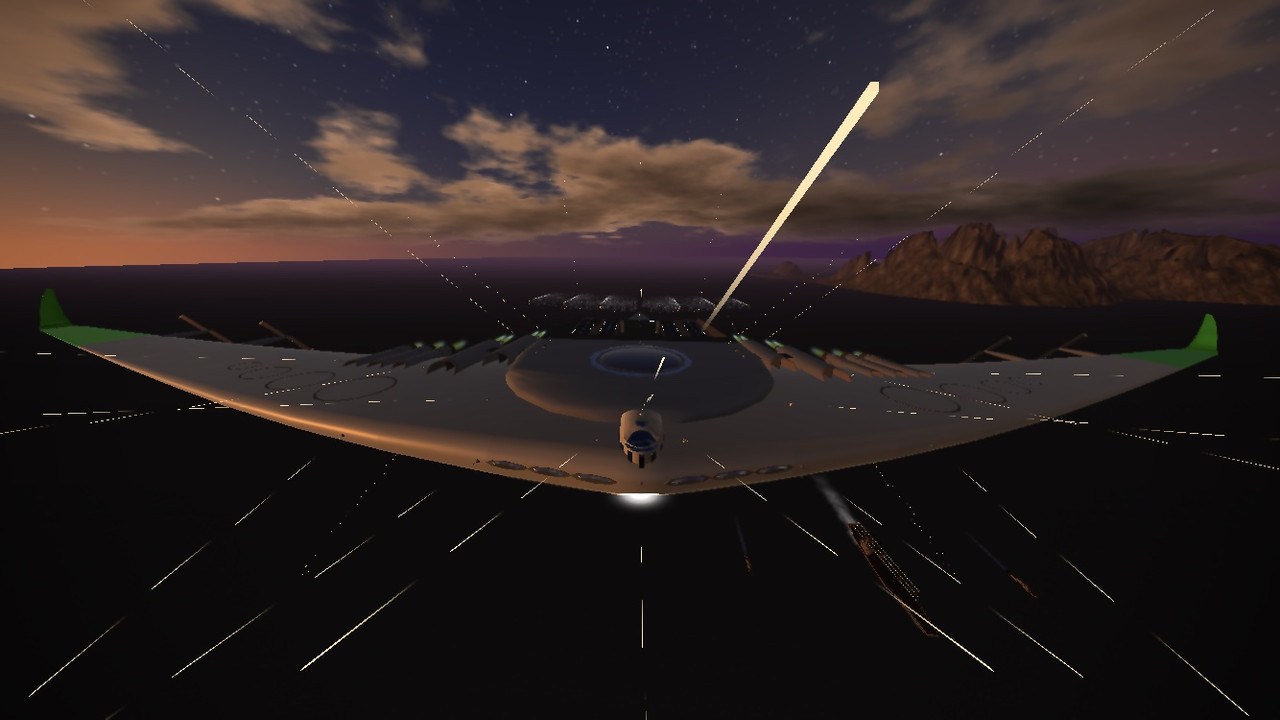 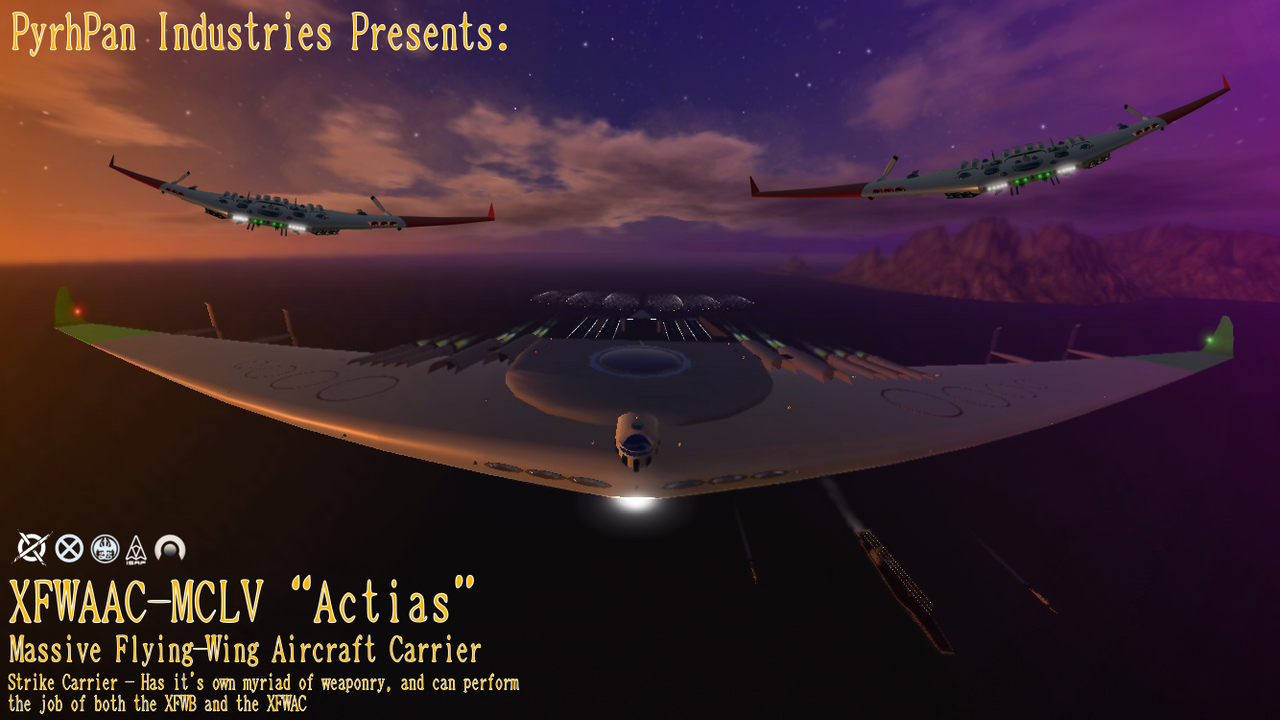 Now typically at PyrhPan, we make an attempt to keep our creations and forces within reason. And most of them are within reason, it’s just that there’s a fine line between utter chaos and reason when you have access to weapons of extreme power. The Actias is no different, it may seem absolutely absurd, but it only appears that way, because it’s simply what we do. We use what we have to create things, and it just happens to be that way.

The Actias has a wingspan of 6,250ft exactly, and weighs in at nearly 25,000,000lbs. This may seem immensely heavy, but for the Actias, it’s actually rather light. In fact, it’s much lighter than what we thought it would be. This is because the Actias is made of a light, but unfathomably strong material, it’s actually made of the same material that the skin of the F-777 “HellFox” is made of. The HellFox is larger than a SU-34, but isn’t even half as heavy. This allows the HellFox to reach immense speeds, top speeds ranging from 4,000mph, to over 5,000mph in an atmosphere, although this was only achieved by diving from low orbit, straight down with full overclocked afterburners, completely abusing the plasma engines. (more on those later) As for the Actias, this material doesn’t give it access to extreme speeds, as it only tops out at around 350mph. It does however, make it relatively light, and it is nearly indestructible by any normal means. Just a thin sheet of this material, name and composition classified, is strong enough to withstand the impact of a 155mm. APFSDS Shell; only a dent is made in the material, albeit a very large dent, but the material is left unpunctured. We tested larger amounts of the material, and soon discovered how incredibly strong it is. A 6-inch thick sheet can withstand an 800mm Artillery Shell, fired from a modified Gustav Cannon. A 1ft. thick sheet can withstand a 260mm. RailCannon Spike traveling at nearly Mach-8, a major dent is made however, but it is not pierced. A solid meter thick wall of this material has only ever been destroyed by the 600mm Dominator RailCannons on the SHMT, but even still it only made a small puncture hole before the round was immediately starved of all its momentum, completely flattening and exploding on impact. The Actias, being made of this material, completely shrugs off all missiles, all gunfire, can withstand kamikazes with ease, and can even take crash landings to a whole new level. During testing, someone decided it would be a fun idea to perform a low altitude fly-by, completely blocking out the sun for over a mile. But they completely overestimated the ability of the aircraft. Unable to pull up in time to make the getaway, they crashed directly into the ground, a few hundred meters away from us. We were in a desert at the moment, so there was nothing completely devastating that happened. We expected the worst, nearly 6 months of work about to become the world’s largest fireball. But to our surprise, the Actias was unhurt. In fact, it was completely unscathed! It had plowed through everything with unstoppable force, the only things being even remotely damaged were the intimidation props, and the Railguns, but those were an easy fix. The only thing really damaged was the pilot(s)’s ego, but everything else was for the most part fine.

The Actias is the replacement for the “God Carrier”, but the “God Carrier” will still serve in combat if need be, it’s just not as efficient at its job as the Actias is; it’s unprotected without aircrafts, as it has no armaments. It takes more skill to control than the Actias, and we want our pilots to have a relatively easy experience in the air. In fact, most if not all of our vehicles, are made to be controllable by one single person, but this is of course much less efficient than a large crew of people, and other recruits of course. To elaborate on the weapons, the Actias has several AA-Gun Turrets strategically installed in various locations on the fuselage, allowing for defense of potentially dangerous aircraft, incoming missiles, and even high caliber shells, although they’re considerably difficult to hit. The Actias additionally has three missile batteries, each missile with the capability to lock on from any direction, and re-lock onto a target if the lock is broke. To add onto the armaments, the Actias also has air to ground weapons as well. A massive Bombay on each side contains thousands of Scatterbombs, a small but adaptable explosive that can be used to take out things like armored vehicles and even tanks, but in large numbers, it has the capability to destroy entire battalions of vehicles, air bases, cities, and basically anything that happens to get caught in the rain. To add to the ATG Capabilities, it has four Railguns that fire high velocity APCRHE Shells, that penetrate armor and explode inside the target, the same shells that the Widowmaker fires. These are used against heavily armored targets that can’t be taken out by bombs. In real life, these turrets would be set to an AI to aim at whatever, or controlled manually by a skilled gunner, but this doesn’t correlate very well in SP, so they are completely fixed. Same story with the Railguns.

The Actias very obviously boasts quite the airport, with two ATC’s, four runways with which to take off from and land on, and beautifully lit runway lights, any plane with intentions to land can call it home. The runways may appear relatively small, but large runways typically aren’t needed on flying aircraft carriers, as the speed of the carrier itself can void the need for lots of runway space; let’s say you’re coming back home from a sortie in your FA-18 Super Hornet, and you are ready to land back on the Actias. Now normally, without an arresting wire, an aircraft such as the FA-18 needs quite a long runway to come to a complete stop. This is of course due to their high speeds as a fighter aircraft. However, if the Actias is already traveling at 200mph, and you’re coming in for final approach at 230mph, you’re actually only flying at 30mph in comparison to the Actias! This allows for hilariously short STOL-Like landings, and the wind cover at the beginning of the runway gets rid of a lot of turbulence on the runway itself, allowing for easier taxiing and takeoffs.

Now that all the points of interest and juicy lore have been identified and explained for the most part, it’s time for the fun part of the description:

To takeoff with the Actias, start in water, as it is amphibious. Much too big for any conventional runways, and much too heavy for any reasonable landing gear setup, it takes off from the infinite runway that is the ocean. Now you’re gonna want to create a water takeoff location that is far away enough from land so that when you spawn in, it doesn’t wing-strike anything. Once you find yourself in the ocean and prepared for takeoff, you’ll want to direct your attention to the VTOL Slider. Now what you’re about to hear may be shocking, but it is entirely true, and important for takeoff of course.

All in all, the Actias may be the final Flying Wing Aircraft Carrier of PyrhPan, there’s simply nothing that compares to it. A spectacle of the skies, undauntable, impenetrable, unstoppable, it will provide immense air superiority to PyrhPan, and all allied forces/nations. It is uncertain whether more than one Actias is actually necessary or not, but if needed, we can always create more, with rapid speed. The means of how we create these aircrafts, and so many of them, is classified. But nonetheless, if you wish to know, all you need to do is ally with us. It costs nothing more than our trust, and it’ll be a decision you never regret.

With that being said... 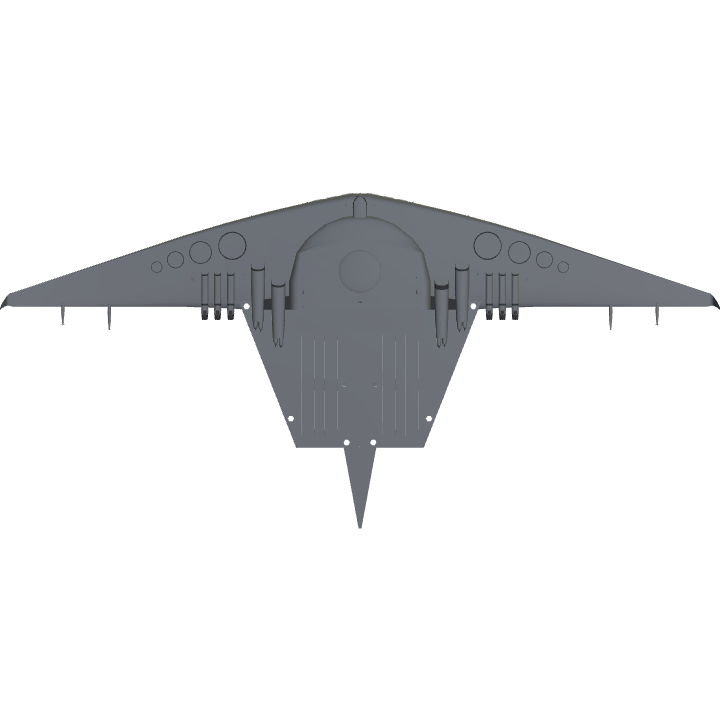 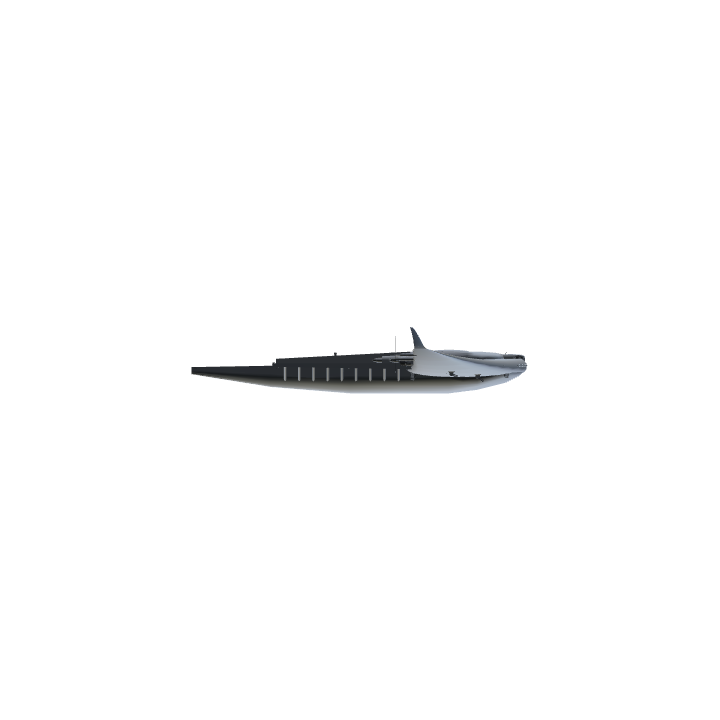 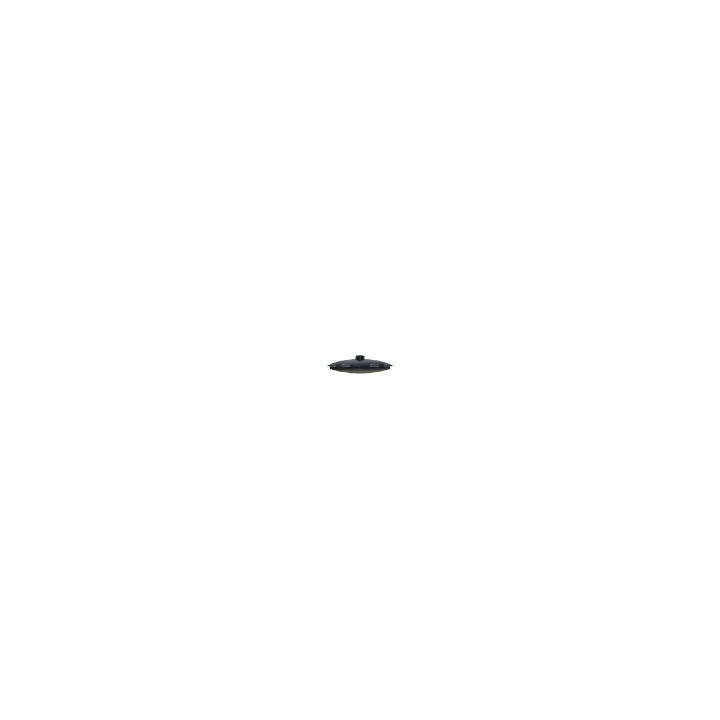