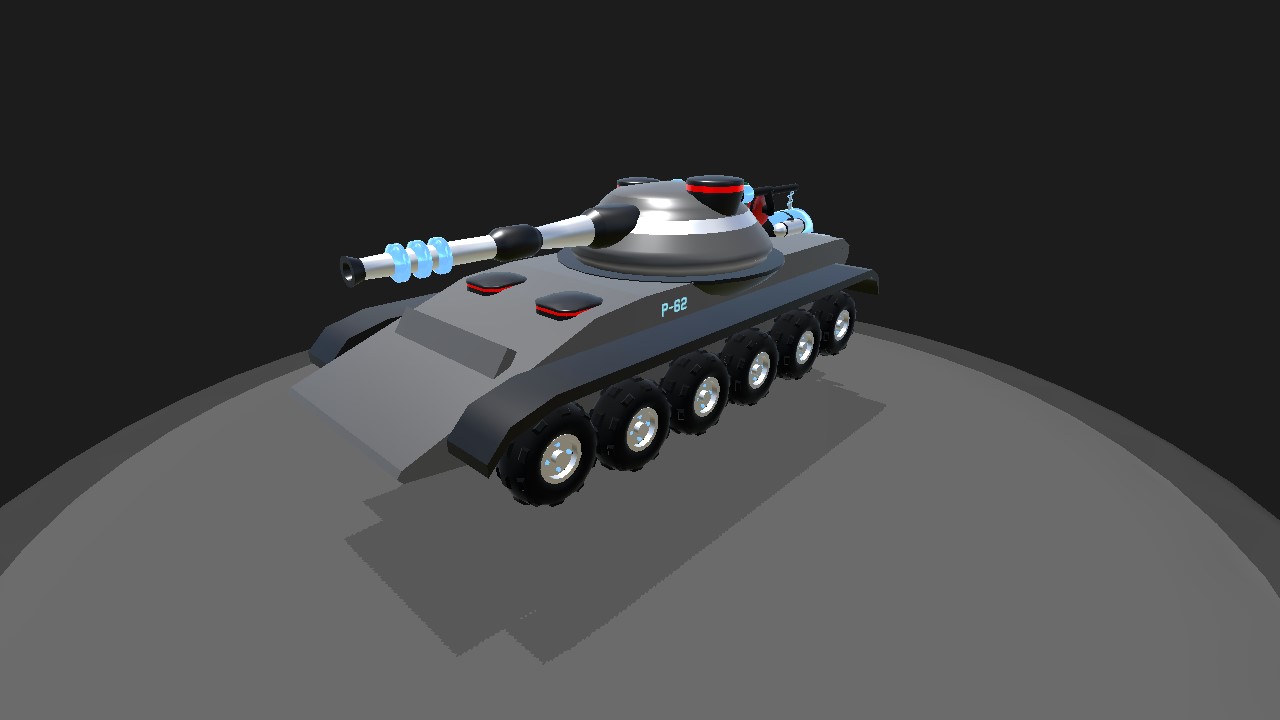 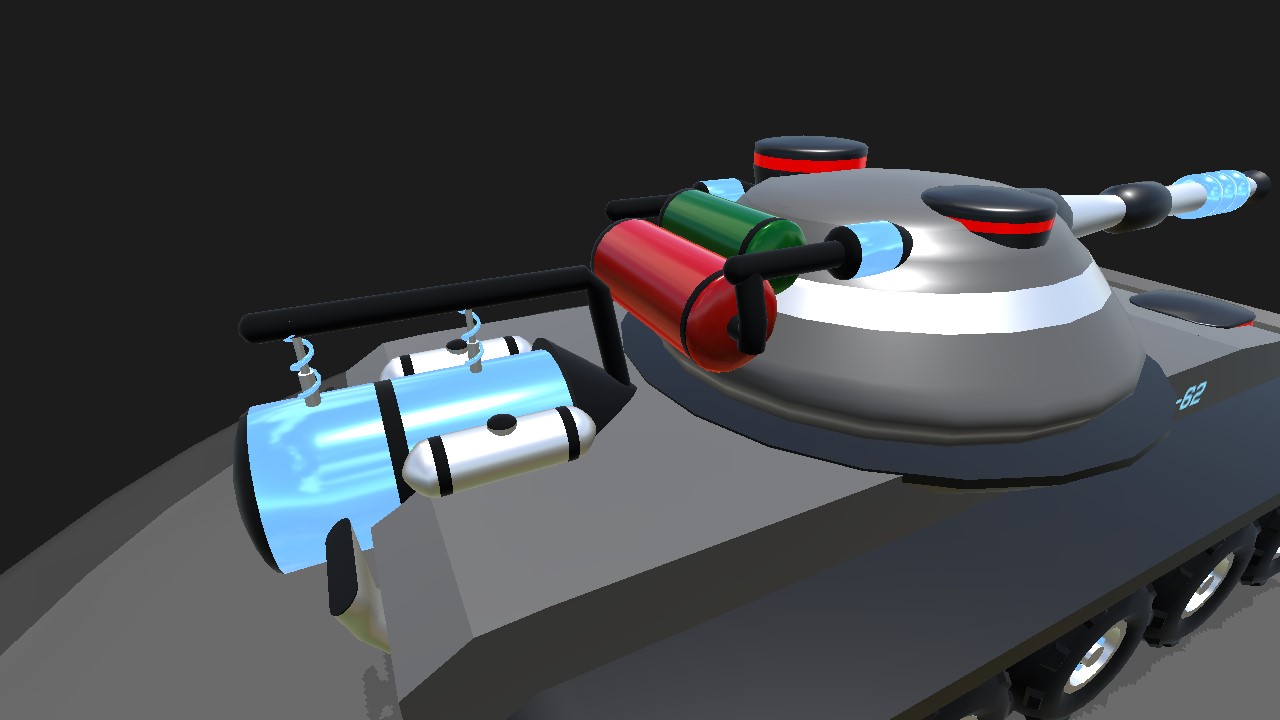 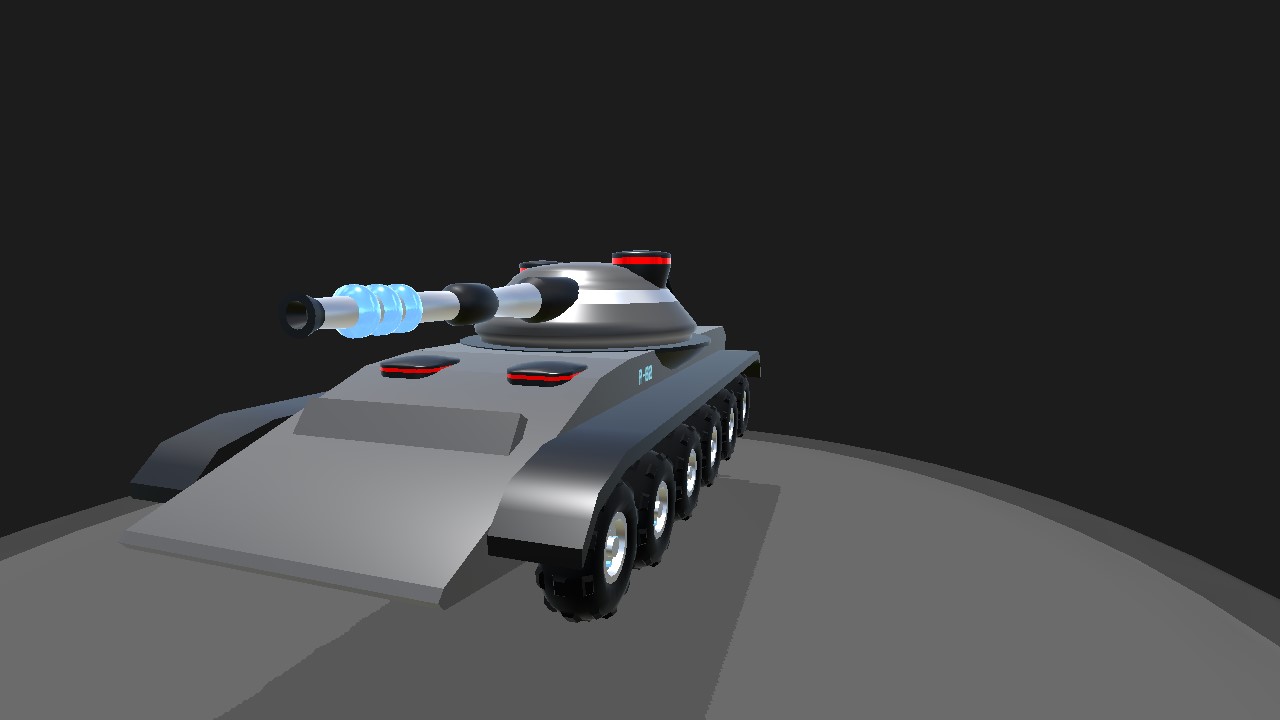 In 1961 the New Russian Order (NRO) began production of a highly advanced tank. The P-62 was a grounbreaking vehicle, the first ever to be powered by a Proton Reactor. It is armed with an ionized plasma cannon which works similiarly to a railgun and it is supplied by waste from the reactor and some added elements, giving it a near infinite supply of ammunition.While it is highly advanced for its time, it has its downside, as the Proton Reactor as well as additives for the ammunition are mounted on the outside of the tank, providing a weakspot. No action groups, pitch and roll to drive, yaw and VTOL for turret controls. 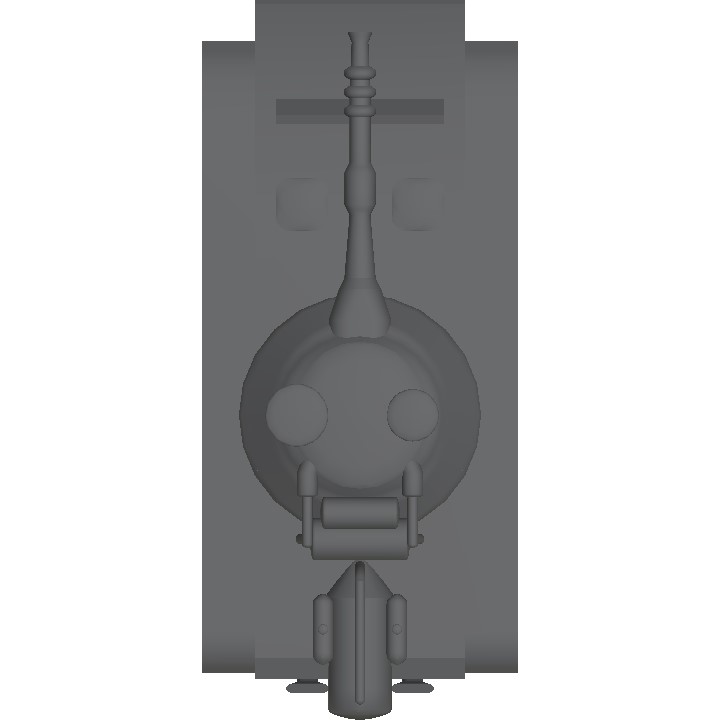 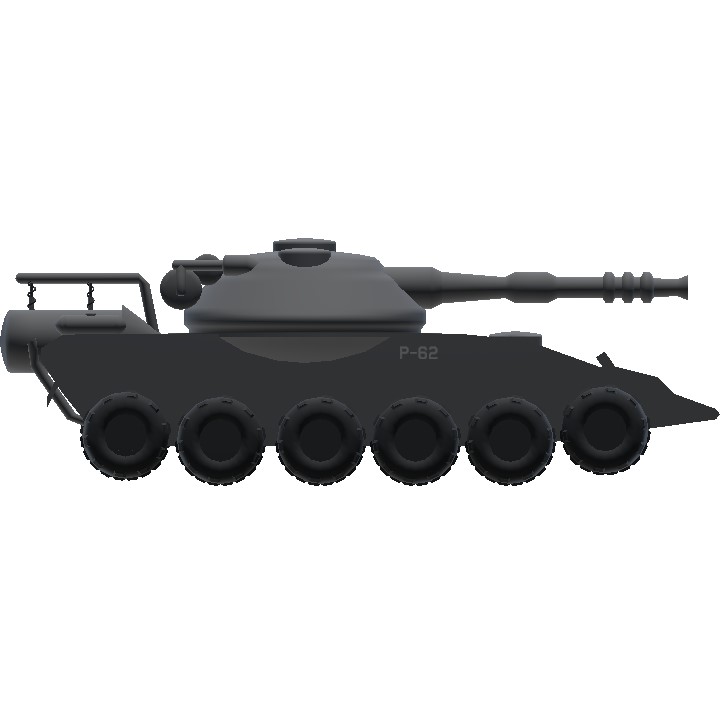 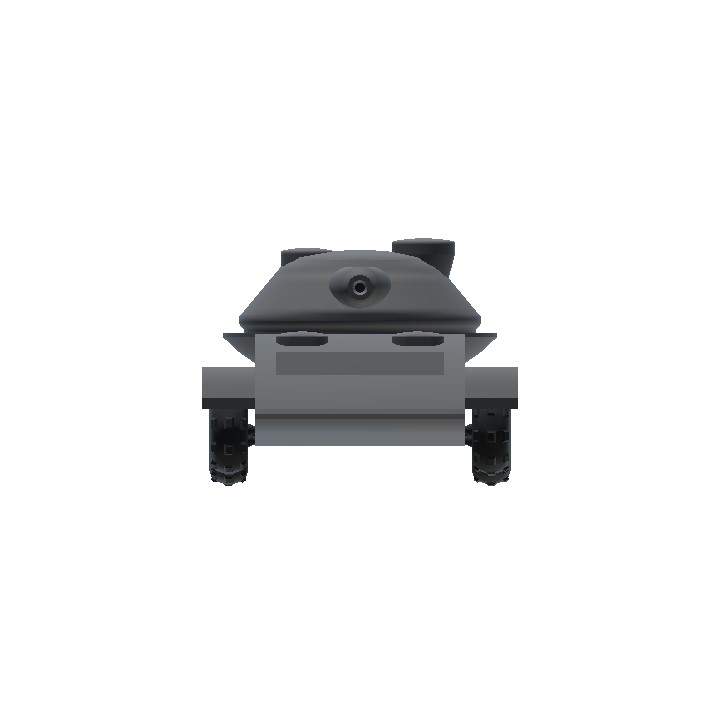