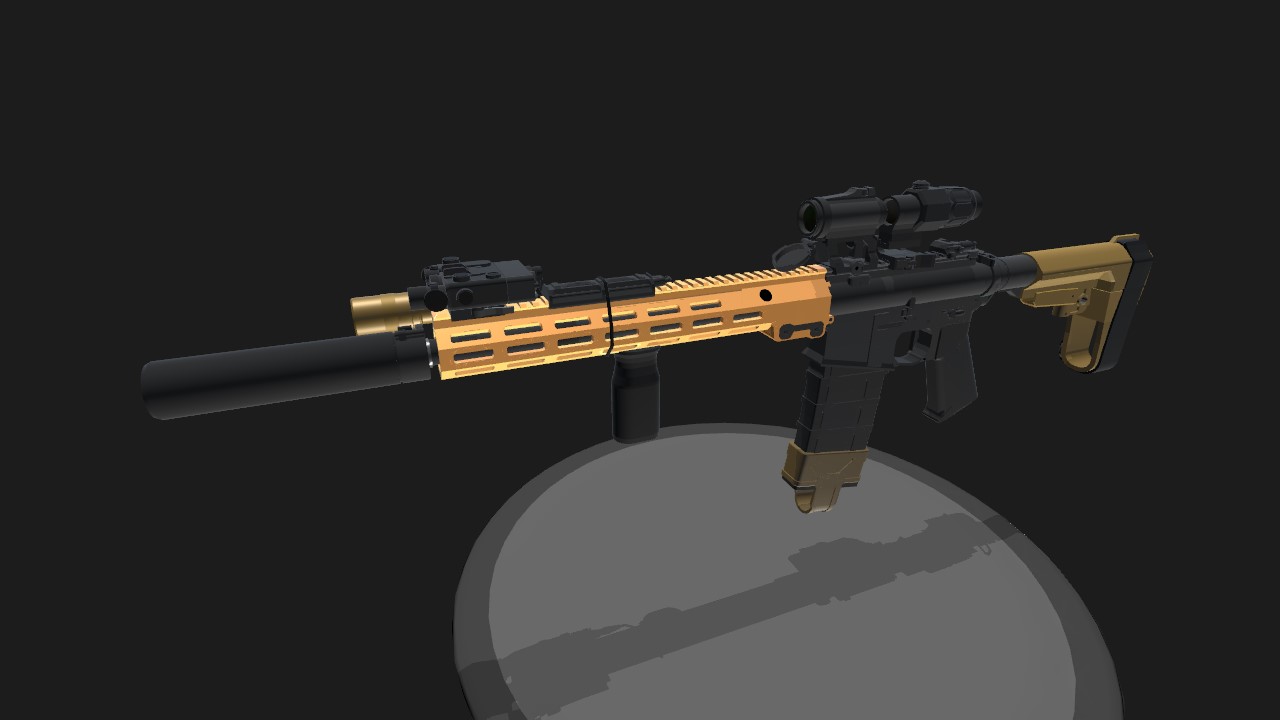 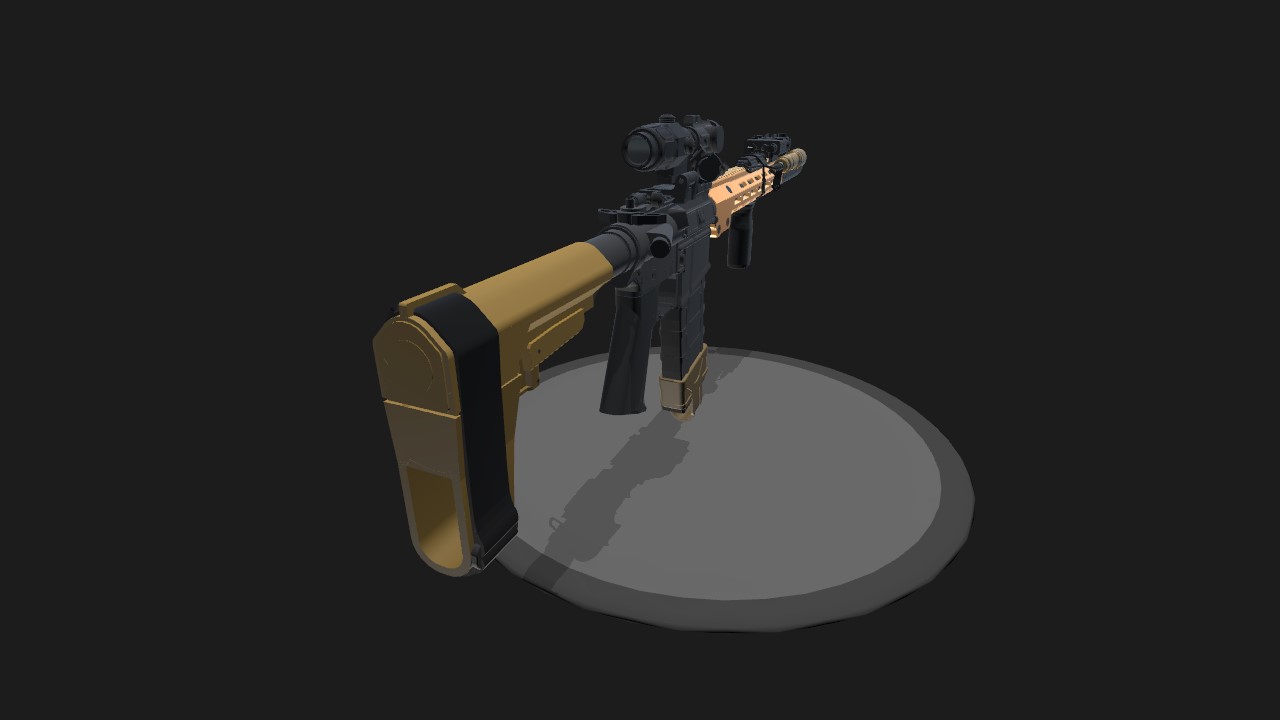 A civilian AR-15 designed for “non-sporting” applications. Reliable, deadly, and accurate up to 500 meters, this fighting rifle will perform optimally in both urban sprawl and mountainous terrain.

Over the past year, I’ve learned a lot about different rifles, including a good bit of range time. This AR-15 has been on the backburner for a long time, but I figured now would be as good a time as any to finish it up… I’ve taken a while to nail the small details and scale, so I hope you’ll all enjoy the finished product as much as I do! If you’re interested, this rifle setup adheres to CT’s “AOW” (Any Other Weapon) classification, utilizing a pistol brace instead of a stock, 10-round magazines, and a vertical grip, with an overall length over 26”.

The Magpul PMAG has always led in the field of reliability with polymer magazines. In order to adhere to CT firearm legislation, this PMAG GEN M3 has been pinned (Permanently modified) to reduce the number of accepted rounds from 30 to ten. The pictured PMAG has a Magpul magazine assist in FDE to increase reloading ergonomics.

This setup uses an SB Tactical SBA3 pistol brace on a standard Mil-Spec buffer tube. This is not an actual stock, which would classify this as a “Rifle” under CT’s legislation.

The upper receiver is rounded out with a 14.5” Rosco Bloodline barrel and a Rosco adjustable gas block and gas tube (Mid-length).

The tried-and-true SOCOM556 RC2 is one of the most popular suppressor options, and for good reason: on an AR-15, this suppressor effectively eliminates flash and reduces the noise generated by each shot, making it harder for an enemy combatant to identify your position.

This rifle is characterized by its 13.5” Geissele Super Modular Rail MK16 handguard, currently being adopted by some units in the United States military. Often referred to as a “Block III” handguard, the MK16 is a spiritual successor to the venerable Daniel Defense RIS II handguard, which has seen extensive use on the SOPMOD Block II. Durable, lightweight, and with a thinner profile than many other M-Lok handguards, the MK16 lends itself to a more modern thumb-over-bore grip.

The laser unit is a Steiner DBAL-A3, a civilian IR laser and IR illuminator unit with a slaved visible laser for easier zeroing. An IR laser unit is essential for shooting with NVG’s. Visible illumination is provided by a SureFire M600U Scout Light on an Arisaka Scout Mount. Both the laser unit and the flashlight are activated with a SureFire SR07-D-IT dual pressure switch; the wires are held in place with an Arcane Concerted ArcBand.

The red dot sight is an Aimpoint Micro T2 on a Scalarworks LEAP at 1.57” height (1/3 cowitness). An EOTech G33 magnifier has been added to extend this rifle’s effective engagement range. The rear iron sight is a KAC 200-600 meter rear sight; the front sight is a RailScales LEAF sight, which mounts directly to the DBAL-A3.

A vertical grip is needed to categorize this weapon as an AOW; the Magpul MVG was selected for its small profile. 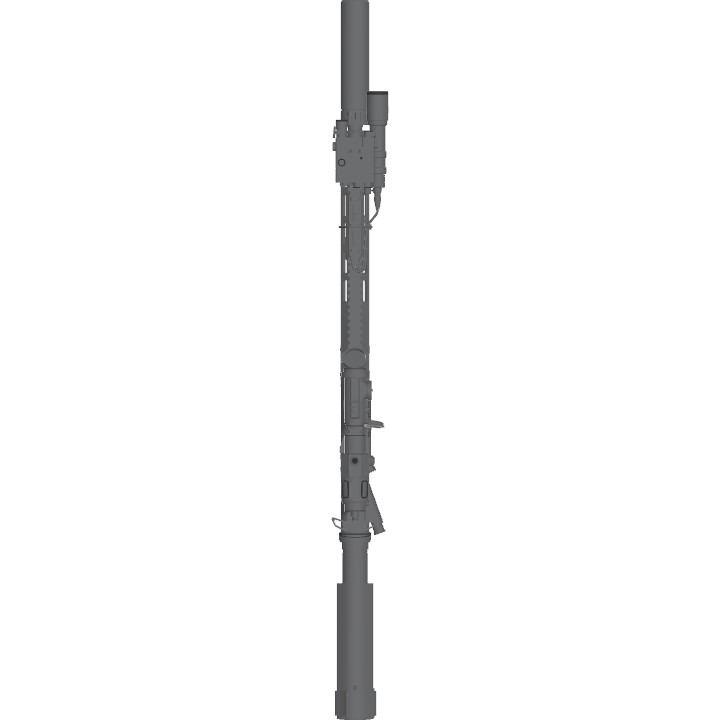 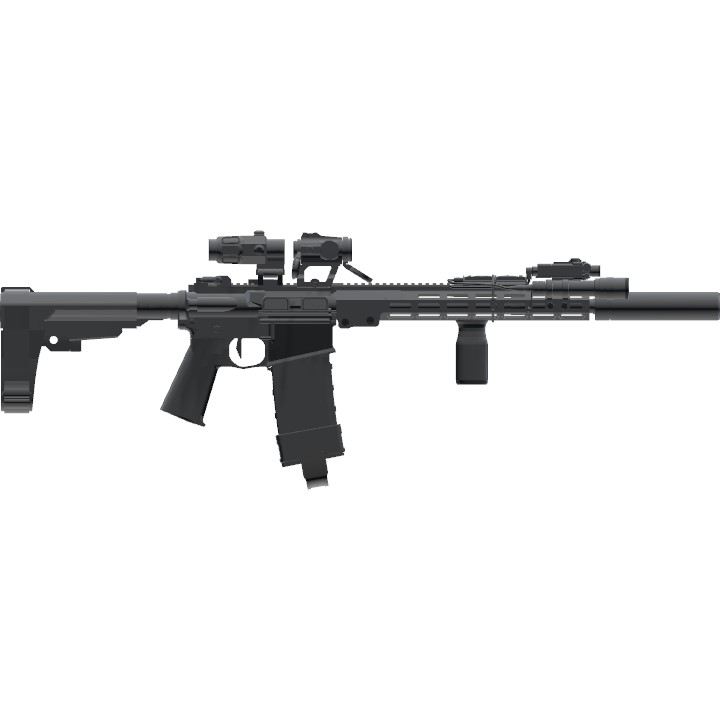 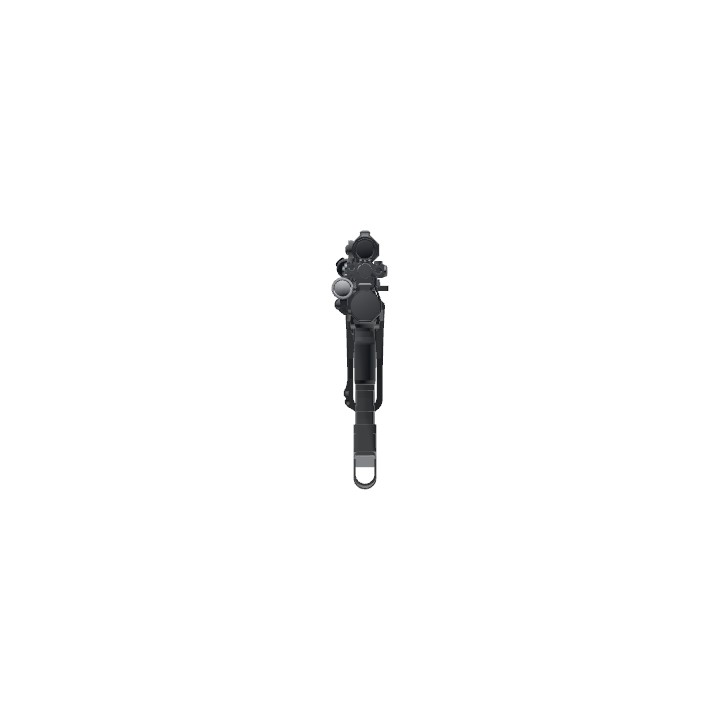