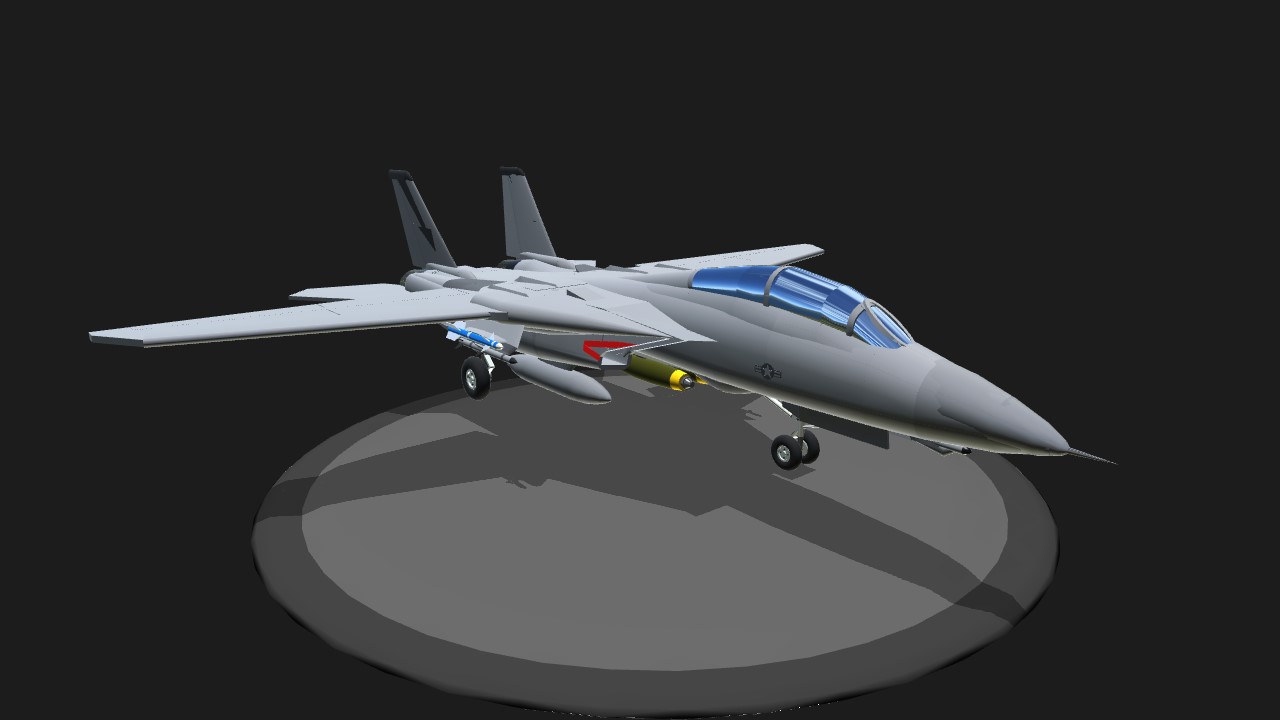 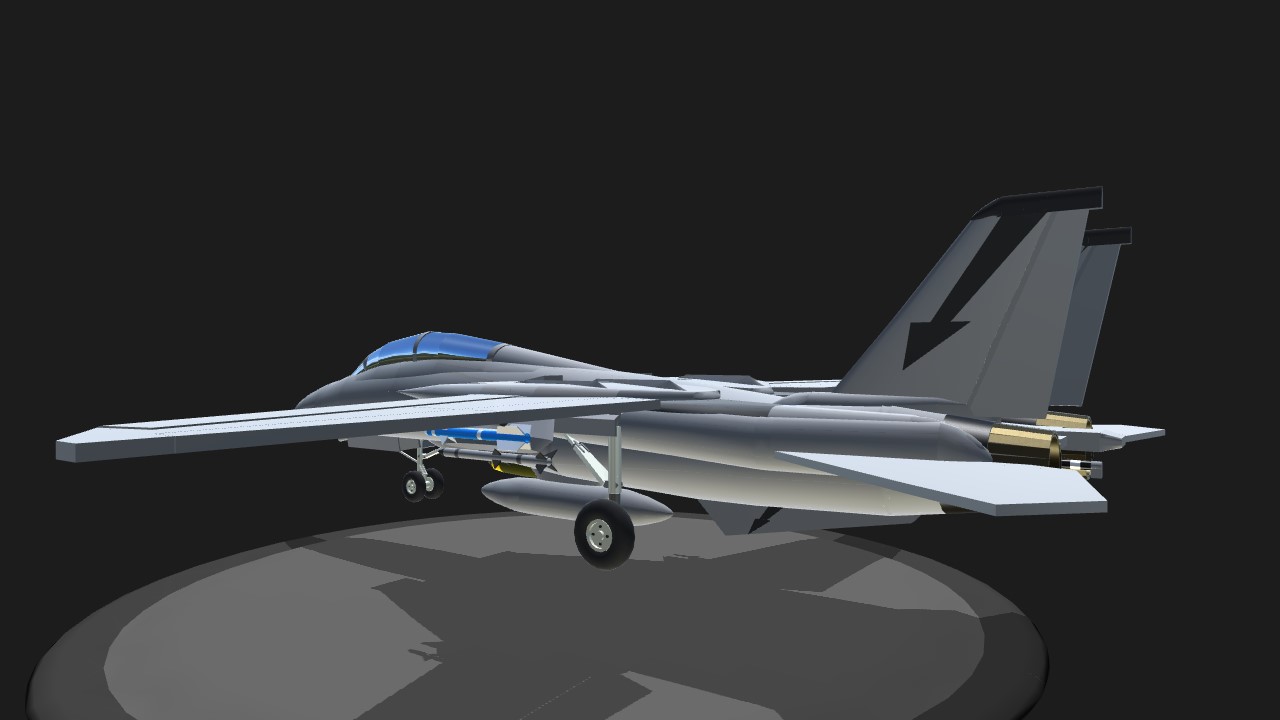 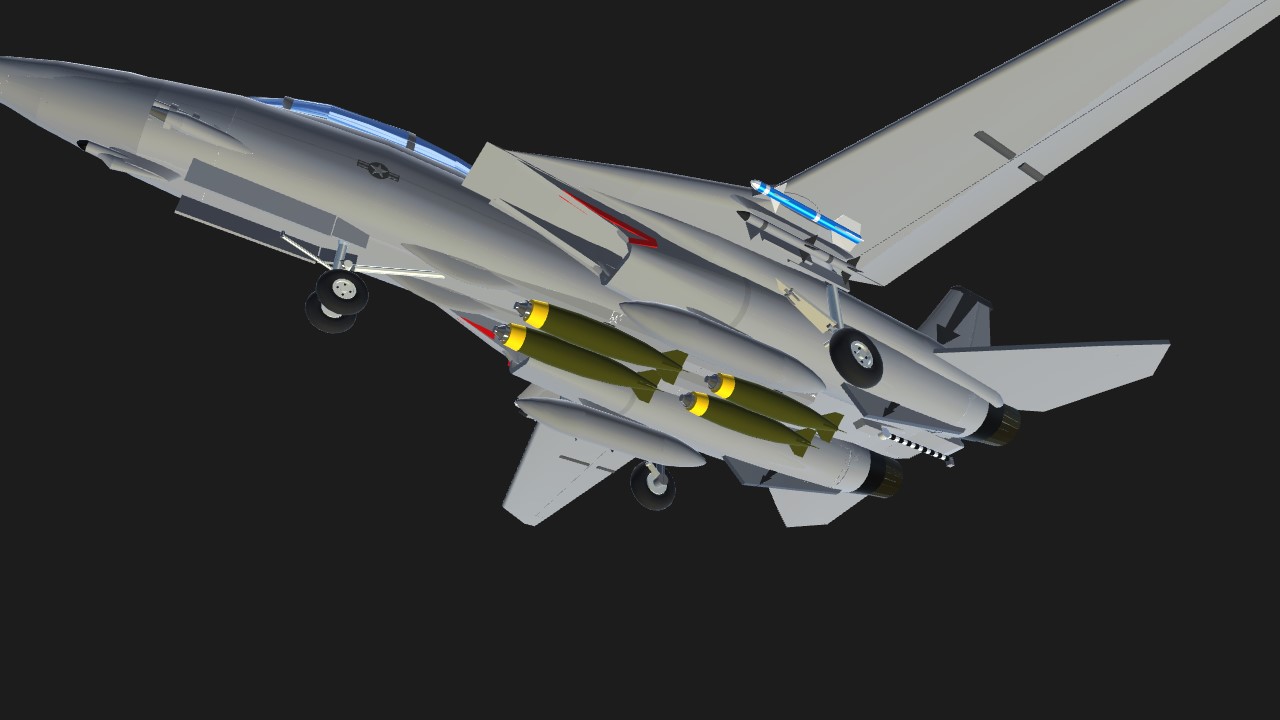 Hello everyone,it has been a long time since my last upload, but this was worth it.

This is the F-14B better known as the Tomcat, its my favortie airplane.

The Navy needed an new aircraft carrier jet that was powerful and could maneuver, so testing on the
F-111 to make a carrier version began, the navy didnt like the airplane as it was underpowered and to heavy so grumman started designing what became the F-14. It was designed with sweaping wing gs for low take-of and landing speeds but high airspeeds this also was usefull for storage on the deck as the wings would just sweep back and take little space.
The F-14 was the king of the carrier for 34 years (1972-2006) and got replaced by the F/A-18 Hornet completely in 2006.

Credit:
-baallzebub [Made hinges work and lots of technical issues, landing gear and many details]
-Mikoyanster [Helped me with balancing]
-SimpleFlow [Placed some airforce insignias]
-Tully2001 [Helped me with the engine naccels]
-AV8R [Added a super gloss colour] 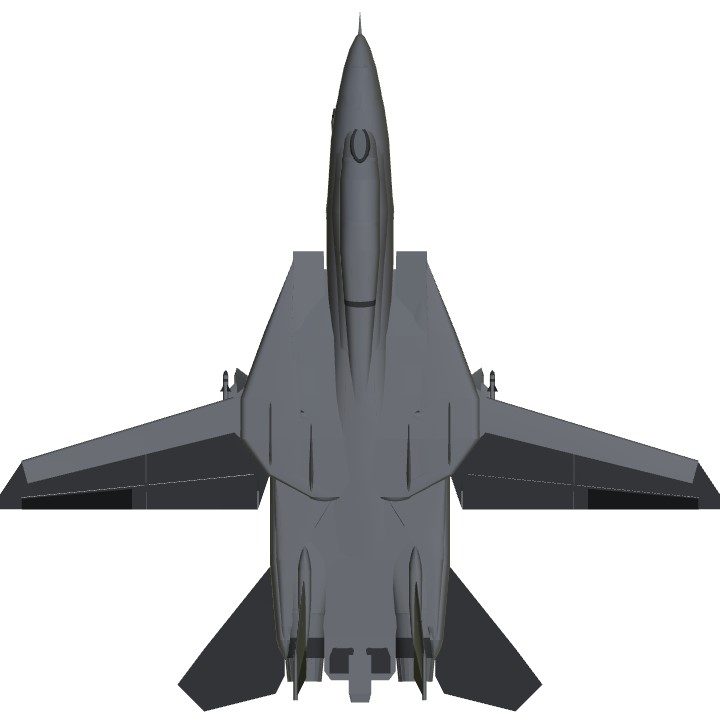 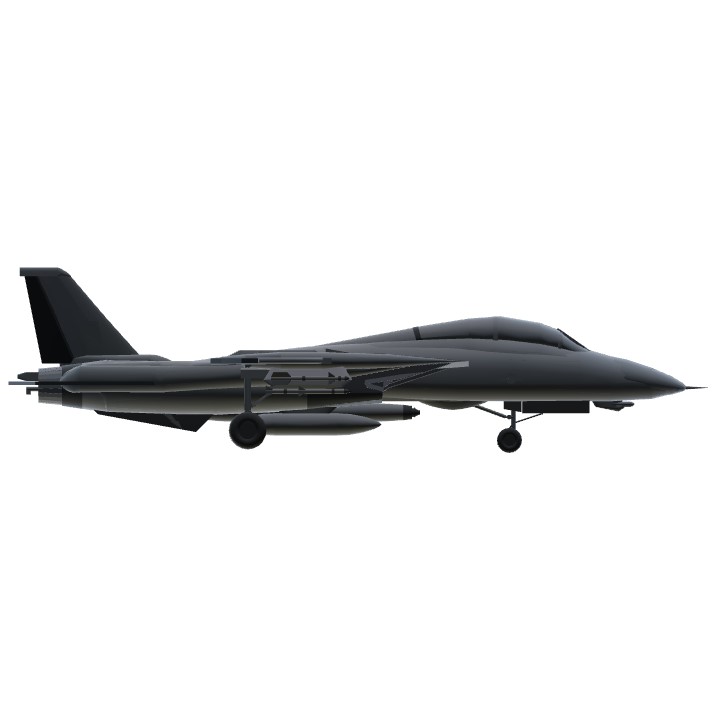 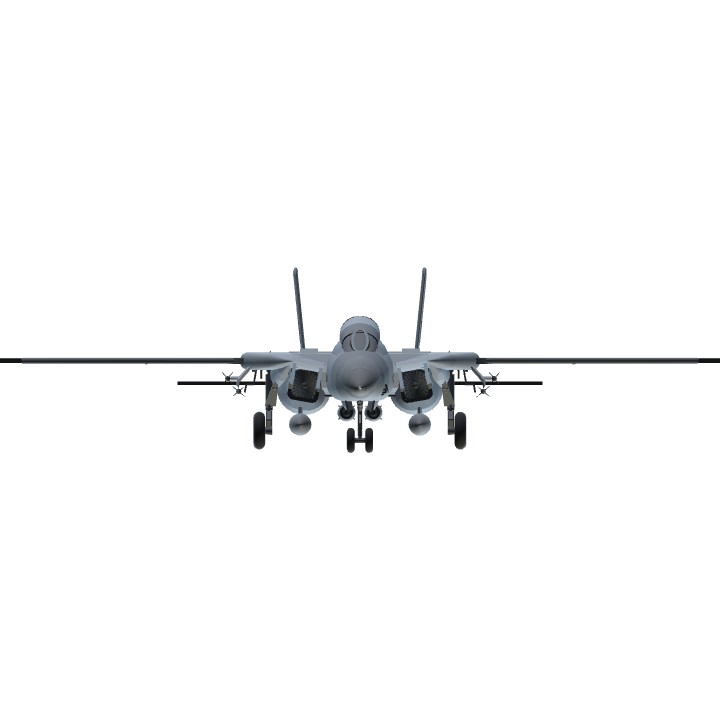