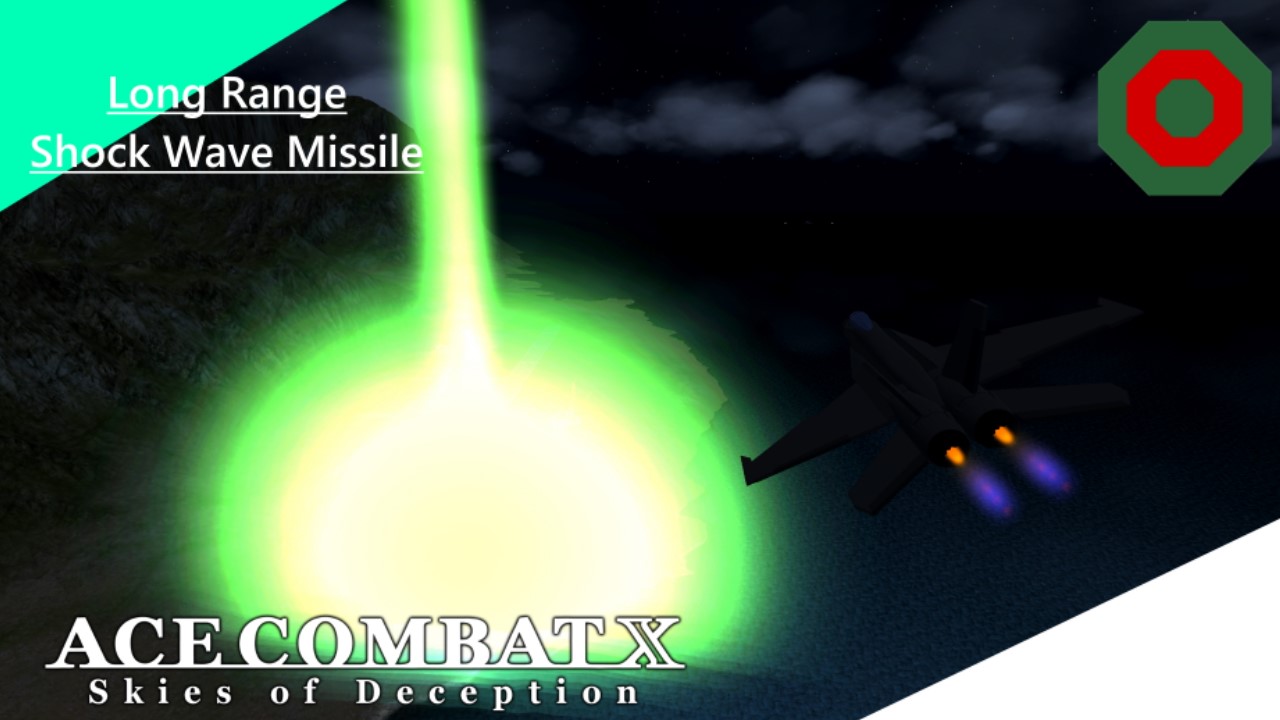 The explosion effect was disapearing too quickly.

Hey, I made another weapon from the Ace Combat Series. This time the Long Range Shock Wave Missile (LSWM), here's an explanation from Acepedia of what this missile is:

"The Long Range Shock Wave Missile (LSWM) is a fictional, powerful missile weapon in the Ace Combat series. It was featured in the PlayStation Portable games - Ace Combat X: Skies of Deception and Ace Combat: Joint Assault - and was later added to Ace Combat Infinity."

"As implied by its name, the LSWM has a high lock-on radius and, upon impact, it damages the area around it with a massive shock wave. Its destructive power can annihilate almost all targets in a single hit."

Sadly I couldn't made the LSWM have a huge damage area, it only has the visual effects, that turned green because of the engines, I tried to made it with the VTOL then the effects will stay blue, but when I start to play with the LSWM, the VTOL engines start flashing, and this can be very annoying. :/ Anyway I hope you like it! :)

How to use it:

AG2= Activate/Deactivate the effects (Press it when the missile is close to your target).

Yeah, that's it guys, if you have any sugestions or some thing I have to improve, leave it in the comments. :) 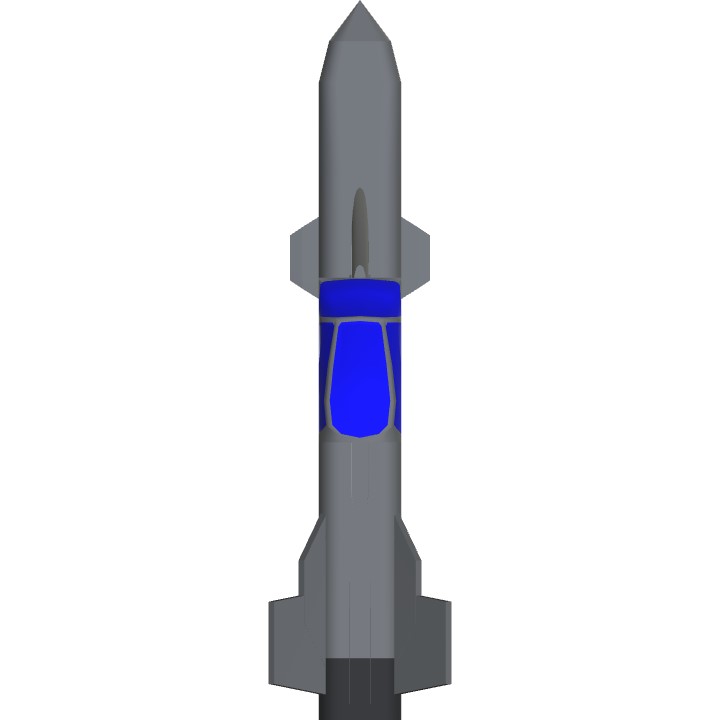 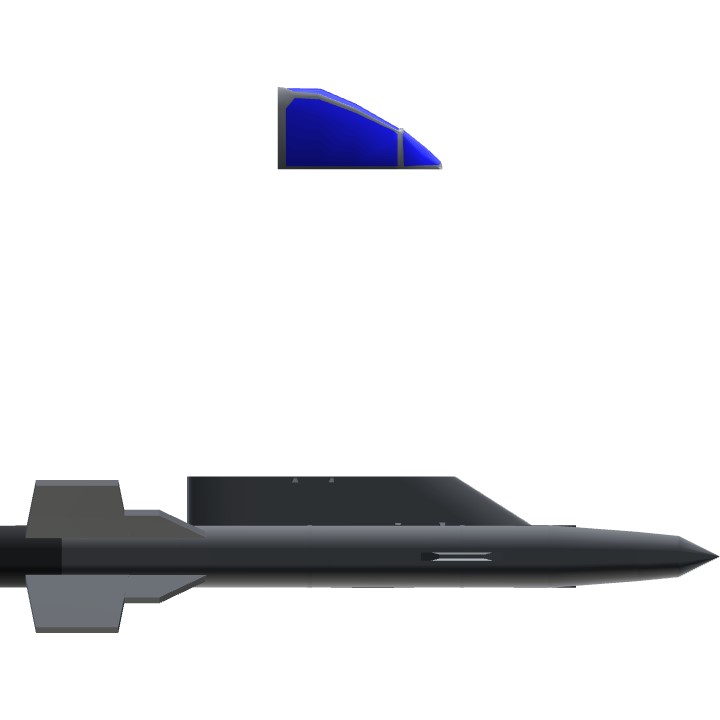 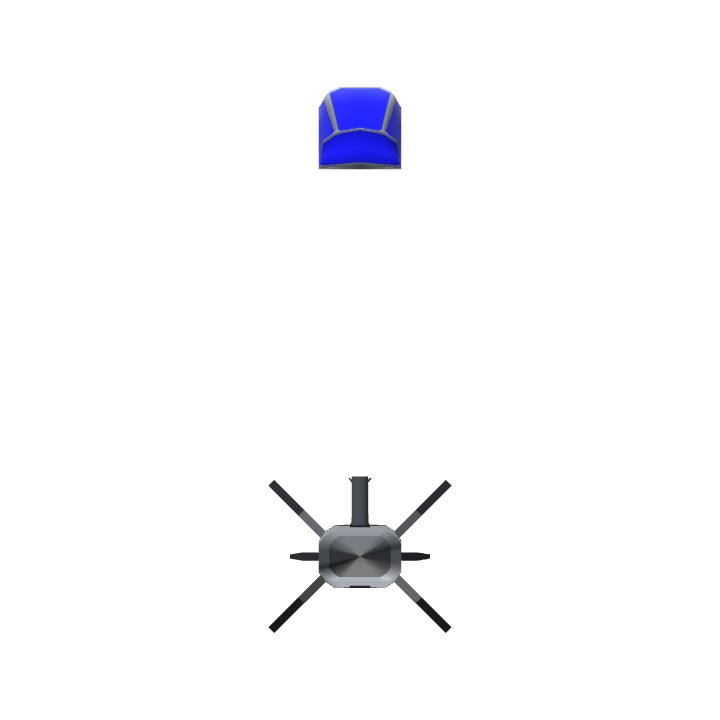